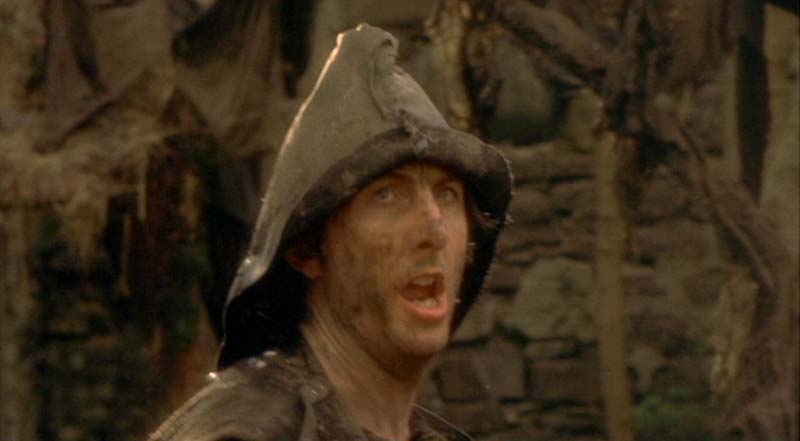 1. Slow down on fracking

The final Report of the Nova Scotia Independent Review Panel on Hydraulic Fracturing was released yesterday, and it basically punts the issue down the road a few years. It’s a massive document, several hundred pages, and I haven’t had time to read it this morning, but the take-away is in the Executive Summary:

Consequently, we advocate a precautionary approach and make the following top level recommendations:

There are lots of ways to read this, but at this early hour I’m reading it to say “this doesn’t work politically right now, but give it time and maybe people will come around.”

Energy minister Andrew Younger says he’ll make a decision on the report’s recommendations by the time the legislature sits on September 25.

Cherubini Metal Works has started manufacturing the 48 segments that will replace the decking of the Macdonald Bridge, reports the CBC. The segments will be constructed at its Dartmouth facility. Installation on the bridge should start in the spring.

Stephen Fearing, guitarist for Blackie and the Rodeo Kings, will now write a trilogy about his experience, boring us all to death.

Don’t booze it up, say the cops. That’ll work.

Sheep herders claim the $20 bounty on coyotes has reduced their losses.

Lezlie Lowe is a fan.

On cue, with the release of the Wheeler Report, the Chronicle Herald supports fracking. At first skim there appears to be something for everyone in the report, but the most important issue—climate change—is given short shrift, a single paragraph on page 133:

Unconventional gas and oil are fossil fuels and their extraction and use will generate greenhouse gases (GHGs), which may impact the rate of global climate change. Fuel sources which generate more GHGs have greater potential to harm future generations. Although the end use of natural gas generates less GHGs than coal, there is currently a lack of consensus on the question of whether the complete lifecycle of extraction and use of unconventional fuels would make this technology more or less polluting than conventional coal and oil energy sources in the short/medium term (see Chapter 8). A global concern, rather than one which relates specifically to Nova Scotia, is that although regulatory and engineering solutions may reduce fugitive emissions of methane and other GHGs from unconventional gas/oil wells during operation (see Chapter 7), there is no understanding of the long-term (100+ years) effectiveness of well decommissioning. The sealing materials used in closing off wells may degrade over future decades, raising the prospect of an unknown number of abandoned wells discharging some levels of methane into the atmosphere – this could result in a (currently unquantifiable) future environmental impacts. (Council of Canadian Academies, 2014).

That’s looking at the issue too narrowly. As James Hansen, the NASA scientist who is the world’s premier expert on climate change, has repeatedly argued, the only way to avoid cataclysmic and irreversible climate change is to leave fossil fuels in the ground. Period. There’s no middle way, and no, natural gas is not a “transition fuel.” Every mine that is opened, every well drilled, every fracking scheme initiated will exhaust the fossil fuel extraction at that location, and will not replace anything—all the other existing mines, wells, and fracking operations will also continue until they are exhausted as well.

Mrs. Doubtfire (CS Auditorium, Room 127,, Goldberg Computer Science Building)—Movie night is put on by the Computer Science Graduate Society and the Dalhousie Women in Technology Society. Any donations will be given to the Mental Health Foundation of Nova Scotia.

Below, in the “Footnotes” section, I talk about Halifax County’s Poor Farm, which operated from 1887-1929, and where 300 people died. The care for those on society’s margins before modern social welfare programs were initiated is a fascinating subject in and of itself, but lately I’ve been interested in particular in how the death of poor people was handled.

In 2011 Cynthia Simpson, a master’s student at Saint Mary’s University, tackled the subject admirably in her thesis, “The treatment of Halifax’s poor house dead during the nineteenth and twentieth centuries.”

While the county sent its poor to the farm, the city of Halifax had three poor houses, notes Simpson:

the first located on Spring Garden Road established in the 1750s, a second poor house erected at the corner of South and Robie Street in 1869, and a third poor house constructed in 1886 over the ruins of the second poor house, which burned to the ground in 1882. 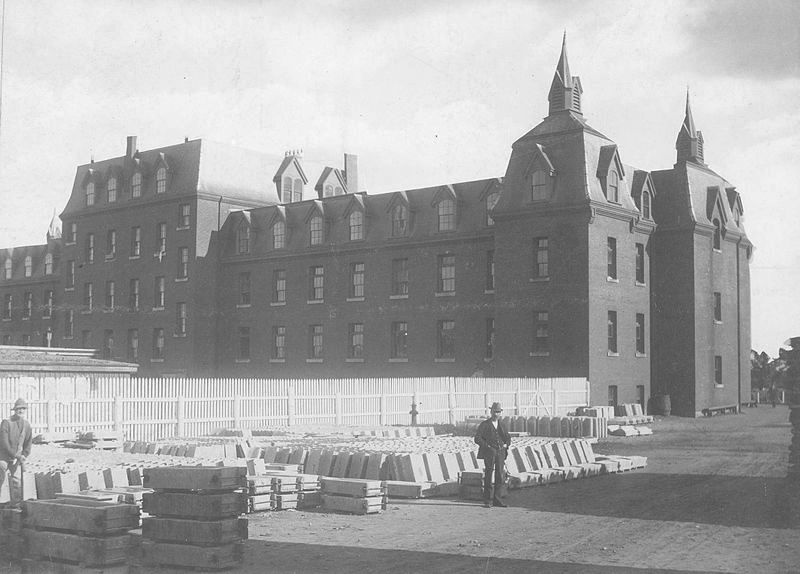 Halifax’s Poor House was constructed at the corner of Robie and South Streets in 1886 and stood until 1972. Photo: Nova Scotia Archives

There’s much to say about Simpson’s paper—The Examiner will have a story in coming weeks about one Halifax pauper, and the events around his life and death, and her paper is invaluable for our research. But for now, one very relevant part of the paper concerns the old pauper’s graveyard on Spring Garden Road, what is now the site of the Memorial Library. In coming months, some decision is going to have to be made about what to do with the property, and so we ought get a handle on the extent of the graves.

When the poor house burying ground was transferred to St. Paul’s Church in 1793, the registration of burials in the poor house cemetery became the responsibility of the church. The earliest burial register recorded of a poor house inmate’s death was that of Elizabeth Jodre, who died on November 1, 1817 at the age of 25. However, it seems likely that during times of severe epidemics, when the death toll soared and the need to bury the dead rapidly were of greatest concern, record keeping was not of high priority. According to Partridge, St. Paul’s record keeping was often substandard and on occasion were ordered to keep better accounts of burials, including the name and date in their burial registers.60 During the 1827 smallpox epidemic, 247 inmates died; however, only 76 deaths were recorded in St. Paul’s burial registers for that year.61

The manner and attention giving to digging an inmate’s grave appears somewhat minimal, given that during a monthly meeting of the Commissioners of the Poor, it was brought to their attention that “the graves in the Burying Ground [were] not dug sufficiently deep.” Upon discussion, “it was therefore resolved that directions be given to the keeper that no grave should be dug under 5 feet deep and that a notice be put up on  the door of the Burying Ground to that effect.” The same year, in a memorial presented to His Excellency on December 20th, 1834, the Commissioners remarked on the morbid appearance of the burial ground: “that the fence was continually requiring to be removed and the ground was exposed and very offensive to the public passing in and out of town.”63

Perhaps there was some legitimacy in the following comments based on secondary sources referring to the poor house burying ground:

The Poor House Burial Ground, at the corner opposite the present new Court House, was at this time a standing nuisance in consequence of the want of drainage and the careless manner in which bodies of paupers were interred;”64 “there must have been many an edifying spectacle for the gentlefolk sniffing the flowers across the way. There poorhouse dead were buried hastily in shallow graves in the yard, and for many years there were complaints about the smell which hung over this part of Spring Garden Road;”65 “there was a burial ground on the mainland connected with the prison and a writer in the Recorder of 1819 stated that in his younger days he frequently saw skulls unearthed from the falling away of the earth which formed the embankment of the cemetery.”66

However, it appears that the Commissioners were conscious of the effects the cemetery had on the public, particularly in times of epidemics. In the same memorial, the request was made that a stone wall replace the current picket fence, as it would “effectually shut out the public view from the opening and closing of the graves which in a period of sickness is of the utmost importance.. .”67

Though no direct account of mass graves was reported in the minutes of the Commissioners of the Poor, that the above paragraph notes the use of a stone wall to hinder the public’s view of the burials, may suggest that mass burials were not entirely an unfamiliar practice within the city of Halifax. As it was, mass graves appear to have been somewhat typical of poor houses, particularly in Europe. Throughout Britain, pit burials of the poor were a common scene in most inner-city cemeteries; “a great square pit, with many rows of coffins piled one upon the other, all exposed to sight and smell.”68 In Paris’ Cimetiere des SS. Innocents, pauper graves were dug “thirty feet deep, twenty feet square and contained up to 1,500 bodies. These graves stayed open, with their bodies or poorly constructed coffins exposed, until they were filled – approximately three years.”69

As for the number of individuals buried here, the exact number remains conflicting. Gray wrote in “Recollections of Halifax,” printed in the Acadian Recorder on December 9, 1882, that “it was told me by a living witness that not less than eight hundred died and are interred in this ground.”70 Recounted in Physicians, pestilence, and thepoor, Marble estimates that the number of individuals buried in the poor house burial ground is closer to 4500 (2840 officially and 1700 unofficially reported deaths).71

I think we might have a problem building something new on the old library site. 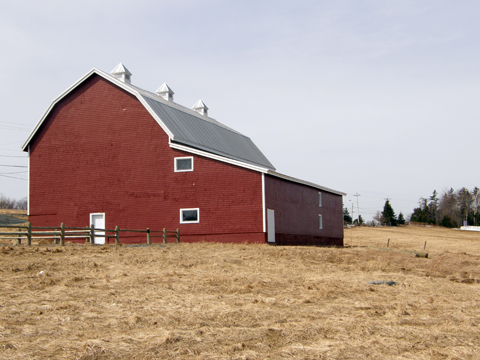 The province has issued a tender to replace the Red Barn at the Cole Harbour Heritage Park. The old structure burned down in 2011. The Heritage Farm is the former Poor Farm, which was opened in 1887 and operated until a fire destroyed most of the dormitories in 1929. About 300 people died at the farm, and some of those are buried in the cemetery to the north of the barn site.

The city is going to install solar panels on the Alderney Gate Library.

NSLC is looking for someone to go to France and fly back with 552 cases of Beaujolais nouveau, which is released on November 20.