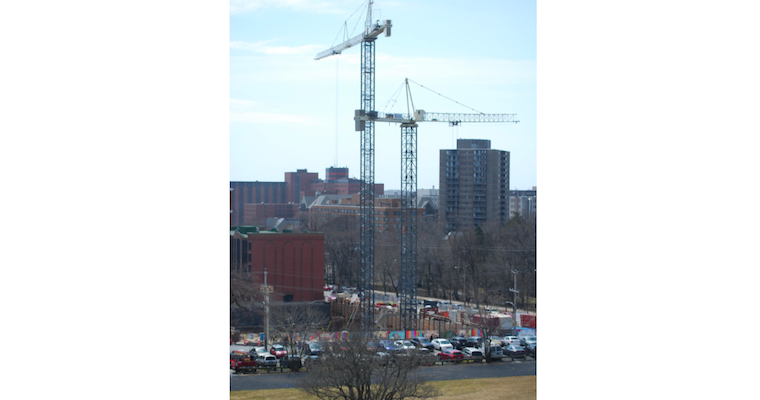 Southwest Properties is asking the court to intervene in what Southwest calls “illegal picketing and related activities” by the International Union of Operating Engineers, Local 721 at the South Park Street YMCA project.

Union members have been picketing at the Queen’s Marque project on the waterfront and at the Y, as well as at other construction sites.

The Y site is being developed by Southwest Properties. Southwest filed paperwork with the court Monday afternoon, but as of this morning, the file was still not available for review by the Examiner. The title of the file, however, reads:

Southwest president Jim Spatz did not immediately return a call for comment. But presumably, Southwest is asking for a court injunction against the union.

Without access to the court file or comment from Spatz, it’s impossible to know why Southwest thinks the picketing at the Y is “illegal.” I went by the site this morning, and as is typical in such strikes, about a dozen union members were picketing on the public right-of-way. I witnessed no obstruction of equipment or other disruptions of the work site.

When I told the picketers of the court action against them, they said they weren’t surprised. They referred all questions to Joey MacLellan, the business manager for the union. MacLellan did not immediately respond to a call for comment.