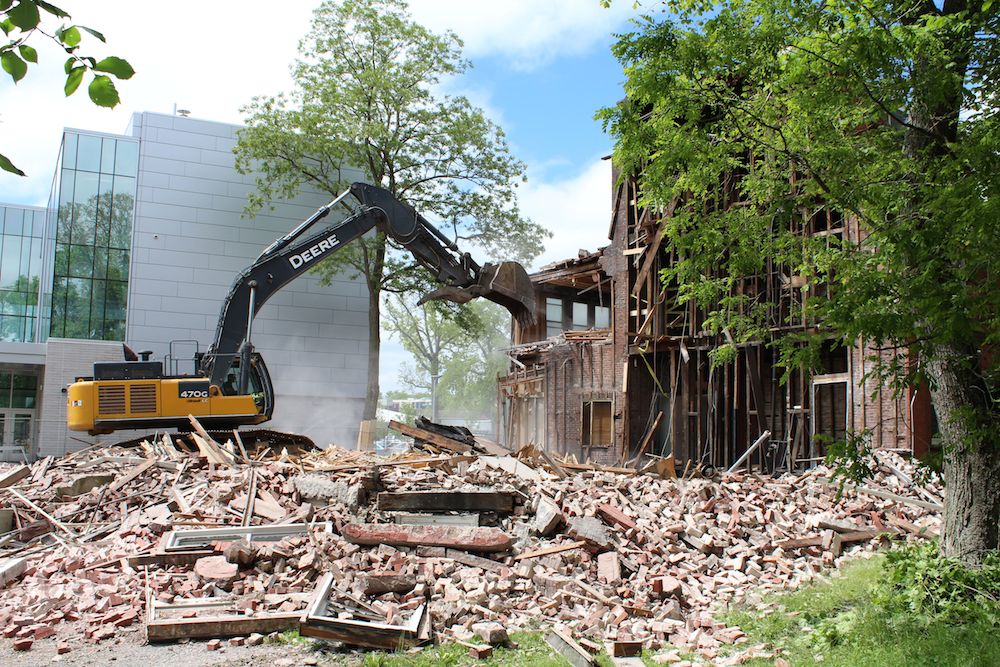 The Infants Home at the corner of Inglish Street and Tower Road was built it 1899.

Saint Mary’s University is today demolishing the historic Infants Home at the corner of Inglis Street and Tower Road.

Heritage Trust has this to say about the building:

This building is a remarkable testament to the emerging role of women in late nineteenth-century Halifax. The Halifax Infants’ Home was built by a women’s society, founded in 1876. The society provided shelter and medical services for single mothers and their infants, who otherwise would have been ostracized. The society raised money and constructed this building in 1899 and 1900.

This work was done while these same women were struggling for the vote and for the right to serve on legislative bodies. In 1894 the Legislature had voted not to allow women to vote. Most organizations were run exclusively by men. When women cared deeply about an issue, they formed their own organization, and rented or built their own building. Today only two buildings bear testimony from that time: the Home for the Aged (Victoria Hall), and the Infants’ Home.

The building is a masterwork of James Charles Dumaresq, the leading architect in the Maritimes at the time. Here Dumaresq employed his full panoply of architectural embellishments – a projecting frontispiece with Dutch gable, rusticated sandstone string courses, segmental arched windows, corner box bay windows, a Mansard roof, several types of dormers, a turret, a balcony, and an ell. The result is a composition that delights the eye, carrying it up and down and around, constantly finding new secrets to discover.

In November, several interest groups urged the university to try to find a way to save the building. Those efforts have been rebuffed, evidently. 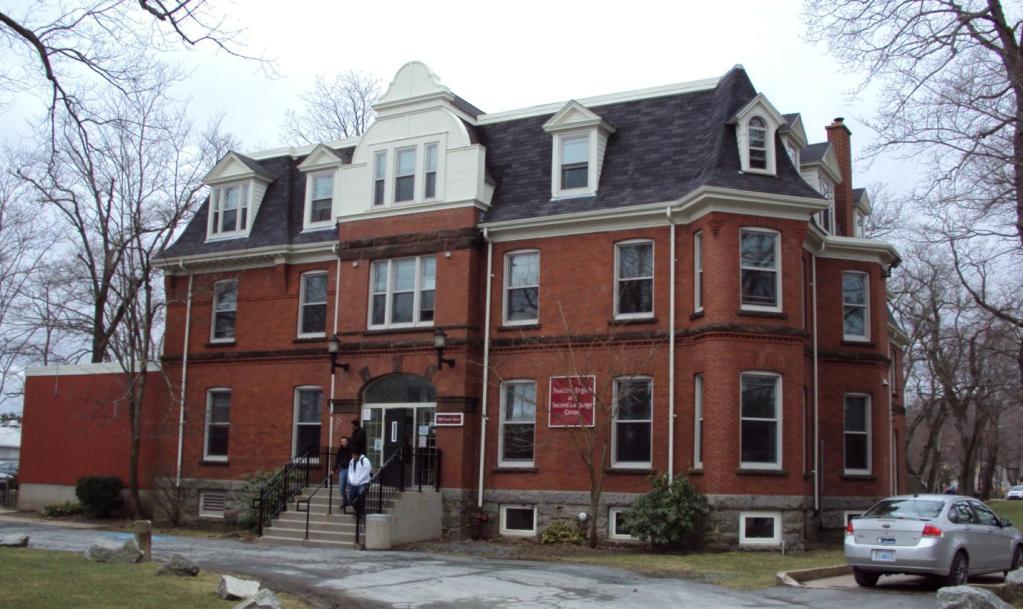