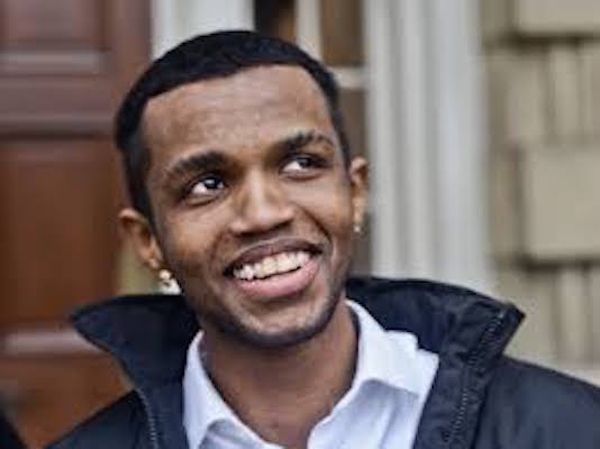 Federal Court Justice Ann Marie McDonald issued her ruling late in the day on Friday. It is the second time CBSA has been frustrated in its efforts to deport Abdi, but CBSA could conceivably try yet a third time.

Abdi was born on September 17, 1993 in Saudi Arabia. His father was Saudi, his mother Somali. “It appears that Mr. Abdi’s father was never part of his life,” wrote Justice McDonald in her decision.

Abdi lived in Saudi Arabia until he was two years old, then moved to the UN refugee camp in Djibouti with his mother, sister, and two aunts; his mother died at the camp. He has never lived in Somalia. “He does not speak the language or know the culture of either Somalia or Saudi Arabia,” wrote McDonald. “He has no family in either country.”

Abdi and his family moved to Canada in 2000 as sponsored refugees. In 2001, Abdi was taken into custody by the Department of Community Services (DCS), which was awarded permanent custody of Abdi in 2003.

“During his time in the care of DCS,” wrote McDonald, “Mr. Abdi was placed in 31 different foster homes. Grade 6 was the highest level of education he obtained. By 13 years of age he started getting into trouble with the law and spent time in a number of group homes in various cities. Over time, he compiled a youth criminal record.”

The same year, DCS was concerned about “regularizing” Abdi’s citizenship status, and therefore retained outside legal advice. McDonald doesn’t say in her ruling who that lawyer was, but notes that “in 2010, legal counsel advised DCS that Mr. Abdi’s youth criminal record could prohibit him from becoming a citizen.” Nonetheless, in 2011, DCS provided the lawyer with the information to process the citizenship application. “In May 2013, external legal counsel advised Mr. Abdi, who was then 19 years of age, that he was ineligible for citizenship because of his criminal record.”

In July 2014, Abdi pleaded guilty to aggravated assault and was sentenced to four and a half years in prison. Subsequently, in 2016, a Canadian Border Services Agency manager and delegate of the Minister of Public Safety [MD], referred Abdi to the Immigration Division [ID] to have Abdi deported under the terms of the Immigration and Refugee Protection Act.

“The 2016 referral decision was overturned by this court [in 2017],” wrote McDonald in Friday’s decision. “The Court decided that the decision maker erred by relying on protected youth records under the Youth Criminal Justice Act.”

Having failed in her [she is not named in McDonald’s decision] efforts to get Abdi deported, the MD tried again, and on January 3, 2018 referred Abdi back to the Immigration Division for another deportation hearing.

It is a challenge to that second referral that was at issue for Justice McDonald in Friday’s ruling.

Remarkably, McDonald rejected most of the arguments made by Abdi in his appeal. The judge declined to allow the submission of a new affidavit from Abdi, or of affidavits from experts — one from Rebecca Bromwich, a member of the Ontario Youth Justice Advisory Panel, and another from Kiaras Gharabaghi, the director of the School of Child & Youth Care at Ryerson University (both Bromwich and Gharabaghi spoke of “children in care ‘crossing over’ to the criminal justice system”).

McDonald also ruled that the inclusion of a redacted copy of Abdi’s criminal youth record in the deportation file was not prejudicial, and that Abdi had no right to an oral hearing to assess some credibility issues raised by the MD. And McDonald also ruled that there wasn’t an inherent unfairness in Abdi’s case, or at least that she was in no position to judge that: “These arguments amount to a request for this court to reweigh the evidence, which the court cannot do on judicial review,” she wrote.

However, despite having lost on those five matters, Abdi was successful on the sixth, which is that the MD should have weighed the statutory objectives of the Immigration and Refugee Protection Act with the values of the Charter.

…in applying his [previous judge] analysis to the MD’s decision it is clear that there are a number of deficiencies in her decision. Most blatantly, the MD’s decision discloses no indication that the MD even considered Charter values… in fact, the Charter is not mentioned anywhere in the MD’s cover letter outlining the issues she considered or in the body of her decision. This is so despite Mr. Abdi’s extensive submissions on the Charter.

Mr. Abdi provided detailed submissions on his particular and unique facts, including the fact that he was a long-term ward of the state. With respect to his lack of Canadian citizenship, he highlighted the fact that the DCS intervened to remove his name from his aunt’s citizenship application. These factors may be relevant considerations with respect to a s.15 Charter value of non-discrimination in the MD’s referral decision. But they were not considered. There is no indication in the record or in the MD’s decision that she turned her mind to any of these considerations.

In conclusion, Justice McDonald set aside the MD’s decision to deport Abdi, and sent the matter back to a different delegate of the Minister of Public Safety for “redetermination.”

The Canadian Border Services Agency could simply drop the matter entirely, and that would be the end of any deportation worries for Abdi.

Or, CBSA could issue a “warning letter” that would put deportation in abeyance for some period of time while Abdi demonstrates “good behaviour,” after which deportation is taken off the table.

Or, CBSA could restart the entire process and make a new “referral decision” for deportation; that is, after failing twice to deport Abdi, it could try for a third time.