You are here: Home / Featured / Updated: Aidan Cromwell’s conviction for second-degree murder has been overturned

A three-judge appellant court has overturned the second-degree murder conviction of Aidan Cromwell.

Cromwell was convicted in 2014 for the 2012 murder of Marc Bernard Tremblay.

Cromwell was represented on appeal by Jerome Kennedy, the Newfoundland lawyer who first championed the cause of Glen Assoun, the man who was convicted for the murder of Brenda Way and spent 16 years in prison before being released in what a judge ruled was a “probable miscarriage of justice.” The murder of Way and Assoun’s conviction are the subject of the Examiner’s DEAD WRONG series. 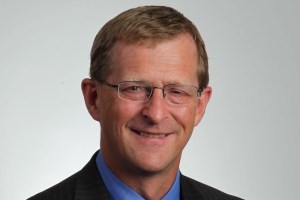 In Cromwell’s case, Kennedy argued that the original trial judge, Justice Glen McDougall, had improperly allowed Cromwell’s post-offence conduct to be presented to the jury. Kennedy told me after the hearing that McDougall was a conscientious and attentive judge, but “murder trials are complex.”

In her response, crown prosecutor Marian Fortune-Stone agreed that McDougall’s jury instructions were flawed and the original trial “went off the rails.”

After the hearing, Kennedy explained that there is considerable case law around how “post-offence conduct” can be presented to juries.

In this case, after Cromwell stabbed Tremblay, Cromwell ran home, hid in a closet, and hid a blood-stained hoody he had been wearing. When police arrived to arrest him, Cromwell refused to come out of the closet for a good while. Then in a police statement, Cromwell explained that before the fatal exchange with Bernard, he considered running into a pizza shop to call police, but in the end didn’t.

Kennedy explained that the crown prosecutor could present Cromwell’s behaviour as evidence that the act had been committed — and indeed, no one has argued that Cromwell didn’t stab Bernard. At issue, however, was whether the stabbing was done in self-defence, or was simple manslaughter or the more serious second-degree murder. The way the post-offence behaviour was presented to the jury, explained Kennedy, the jurors could use it as evidence that specifically second-degree murder had been committed. The judge should have given explicit instructions that the post-offence behaviour was evidence of the act being committed, and not use to find a specific level of guilt.

Fortune-Stone, the prosecutor at today’s hearing, agreed that the post-offence behaviour was presented in such a way as to be evidence of the most serious charge.

After the decision, Cromwell’s family sat in the courthouse lobby sobbing tears of joy. “It’s been a long four years,” said Cromwell’s mother, who named herself as merely “Ms. Cromwell.”

Aiden Cromwell’s family is now searching for a new lawyer to represent him in the next trial.

Disclosure: At his sentencing in 2014, El Jones provided a letter of support for Cromwell to the court. Jones subsequently became a contributor to the Examiner, and she was present at court today.

An earlier version of this article incorrectly stated that Kennedy said Cromwell’s trial was Justice McDougall’s first murder trial. He says he has no idea how many murder trials McDougall has heard.