Yesterday, Dalhousie University announced that it had suspended all 13 members of the Class of DDS 2015 Gentlemen Facebook group from clinical activities, which start next week:

The decision to suspend the clinical privileges of the students was made on December 22, 2014, and communicated today, January 5, 2015, to ensure the appropriate supports were available for students. Fourth-year classes in the Faculty of Dentistry are scheduled to resume on January 12, 2015. A decision about fourth-year classes and the rescheduling of fourth-year exams will be made this week.

There was a two-week delay in announcing the suspensions “because the school’s administration had received ‘credible reports from front-line staff’ that some of the men involved were at risk of self-harm,” reports the CBC. The flip side of that is that for two weeks female students in the class could reasonably assume they’d be working aside the men, bringing whatever anxiety that may have caused to their holiday celebrations.

Also yesterday, hundreds of people marched on campus protesting the administration’s handling of the situation, and news came that the Royal College of Dental Surgeons of Ontario has asked Dalhousie for the names of all 13 students. Reports the Toronto Star:

So far there hasn’t been a response to the regulator’s Dec. 31 letter, said Irwin Fefergrad, registrar of Royal College of Dental Surgeons of Ontario.

If the university doesn’t provide a full list of names, then all students graduating this year from Dalhousie can expect a grilling if they hope to get a licence to work in Ontario, Fefergrad said.

That means Dalhousie students will be expected to provide confirmation they are not one of the 13 students, Fefergrad said.

“There’s no room in the health care system for this,” Fefergrad said. “Zero, zero, zero.”

He stressed that universities can grant degrees in dentistry, but they cannot issue licences that make it legal to practise.

Over at The Coast, Jacob Boon relates that after they were discovered, one of the Facebook group members commented that:

Boys what are they going to do? honestly. Kick every guy out of 4th year? Tell us you guys are mean for saying those things? I think the bigger issue is who the fuck is showing the girls.

The students have all completed undergraduate degrees and are in their fourth year of dental school, so at the very least are 26 years old. And yet they refer to each other as the infantalizing “boys” and “girls.” 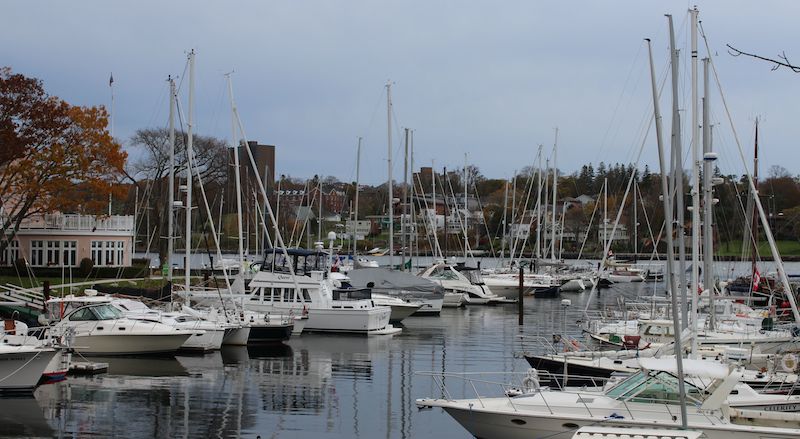 Yesterday, I published an article examining the city’s policy of giving tax breaks to non-profit corporations, including such swank and land-rich institutions as the Royal Nova Scotia Yacht Squadron and the Waegwoltic Club:

This is the perfect example of city government “rationalizing” tax policy out of the political process, leaving no room for sensible judgment. But giving tax subsidies is necessarily a political process. There’s no way around it: Yacht club apples are simply not hospice centre oranges—there is a qualitative difference between the two.

We cannot “rationalize” the politics out of it; they are inherent to the process. It takes discerning people charged with the task of making those value judgments and spelling out those differences. That’s why we elect people.

Having completed its privatization of Bell Aliant, BCE has told staff in Halifax and Saint John that layoffs are coming. The company says that only managers will be laid off next month, but the legally required notices must be issued when there’s more than 50 employees laid off in any one community.

It’s warmer in Antarctica than in Canada. Daytime temps in many Antarctic science stations were downright balmy yesterday, well above freezing, while all of Canada, except Vancouver, is in a deep freeze. 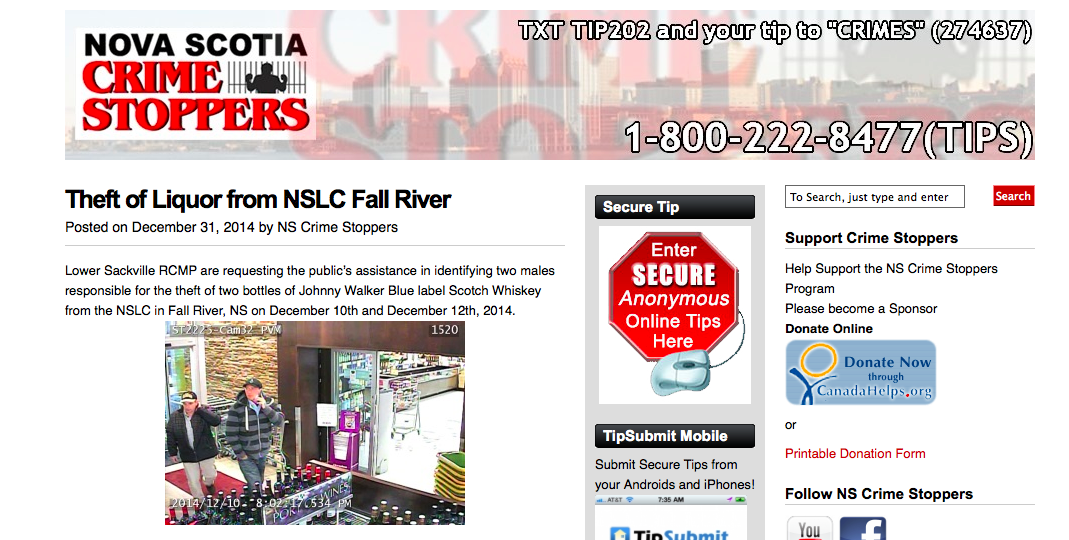 I meant to post this a few days ago. The cops have taken to Crimestoppers to find a couple of dudes taking a five-finger discount at a liquor store. Not to condone theft, but come on, Crimestoppers? What next, police informants to nab jaywalkers? Time off for jailhouse snitches who rat on people tearing the tags off pillows?

Also, you gotta love that 1992 design for the Crimestoppers website. Also, it took 15 days to get the pic from the liquor store video to the Crimestoppers site—that’s enough time for the dudes to get plastic surgery and become entwined in an impossibly convoluted plot involving uncertain identities, femmes fatale, and the ironies of fate. Also, Dudes! Johnny Walker Blue label? If you’re going to plan a major heist, a dodgy escape from justice, plastic surgery and the love interest of Lauren Bacall, you gotta ditch the expensive whiskey and go with a pretty colored tropical drink. It’s right there in the script. 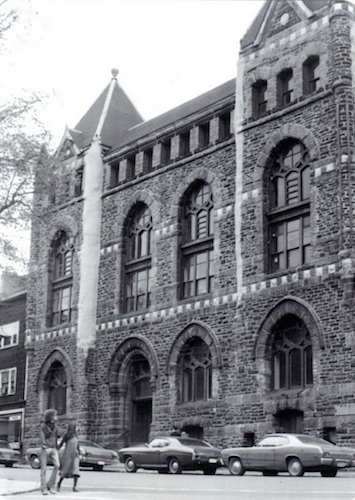 Just before it was demolished in 1978, Stephen Archibald took detailed photos of the St. Paul’s Parish Hall building, constructed in 1902. “At that time the building was about 75 years old and felt relatively new compared to other threatened buildings. In Nova Scotia there were few examples of this heavy style of Gothic architecture and our eyes had not yet embraced its charms,” he notes.

It’s a stiff competition, but the building that replaced the parish hall is surely in the running for the most soulless building downtown. Note the pathetic attempt to incorporate some of the old building into the facade of the new. I’ve must have walked past the building a thousand times, but hadn’t noticed the false facade until Archibald pointed it out:

2. The high costs of driving

Auto makers and their dealers spend billions persuading us that we need the speed, power and glamour of their products and perhaps because car ads are a dominant source of their income, mainstream media show little inclination to investigate the true costs of car culture. There are also ideological reasons for this lapse. The business-oriented economists most frequently quoted in the news see private spending as a source of growth and prosperity, while public spending is portrayed as an economic drag, a necessary evil at best. Since cars are classified as private, household commodities, the more we spend on them the better—or so the myth goes.

My daughter was on her way home from work at 11 p.m. one night on the same highway when she struck a microwave that had fallen off a truck in front of her. The truck never stopped, and my daughter had to pay $1,900 for repairs.

By the grace of God, she was not killed or seriously injured.

On the same highway, on different occasions, I’ve seen a mattress and a cabinet.

Maybe the people passing Gaudet on the highway were shaking their heads in disbelief that a desk was in the middle of the road.

If she wasn’t able to properly secure the desk in her vehicle, she should have left it where it was. It is unbelievable that people are not securing items when transporting them on the highways.

Standing Committee on Community Services (1pm, Room 233A, Johnston Building)—Dan Troke, executive director of Housing Nova Scotia, will be asked questions. Someone ask him why nothing’s happening over at Bloomfield School, willya?

I’m not sure if yesterday’s New York Times article about American cities vying for the Olympic bid is straight news, satire, mean-spirited contrarianism, or what, but I was taken with the bit on Boston:

A couple of years ago, The Onion ran a satirical piece about Bostonians pretending to live in a big city. It said residents “buzz about their daily routines in a delightful hubbub of excitement as if they lived in a major American metropolis.”

Some people laughed, some were defensive. But few disputed that Boston is wrapped up in an existential debate with itself about whether it is a “world-class” city.

Despite its many obvious assets—world-renowned universities, top-flight medical centers, a thriving biotech-driven innovation economy and championship sports teams, not to mention Tom Brady and David Ortiz—Boston still has an inferiority complex. And as it makes its first serious bid to host the Olympics, it shows.

Some seem to think that being picked to put on the 2024 Summer Games is entwined with mythic world-class status.

To Boston’s mayor, Martin J. Walsh, an initial skeptic of the bid, hosting the Olympics “puts us on a scale not too many cities can claim.”

Either way, the Boston promoters are trying to win over naysayers by promising tangible benefits like upgrades in roads, bridges and public transit. But many wonder why it would take the Olympics to get those much-needed improvements. The Boston Globe columnist Joan Vennochi wrote that the promoters were giving Bostonians an impossible choice: Buy in to their bid to get a modern transportation system, or “be labeled a small-minded, provincial party-pooper.”

And there you have it: Without the Olympics, Boston cannot be world class.

It’s almost as if writer Katharine Q. Seelye is channeling me. 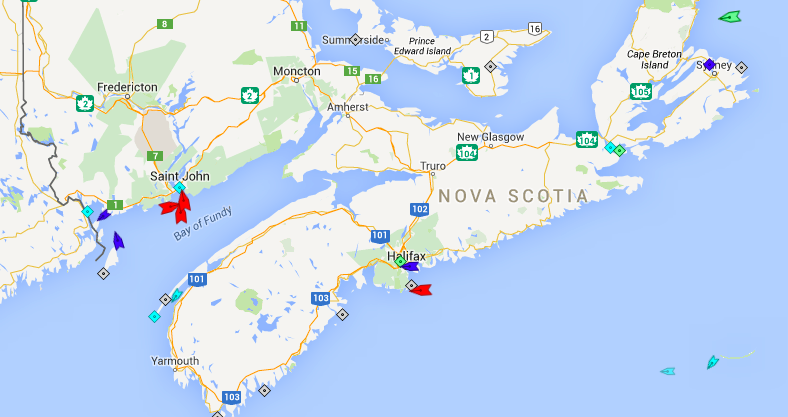 City offices are humming again, and we’ve got a spate of government meetings coming up.