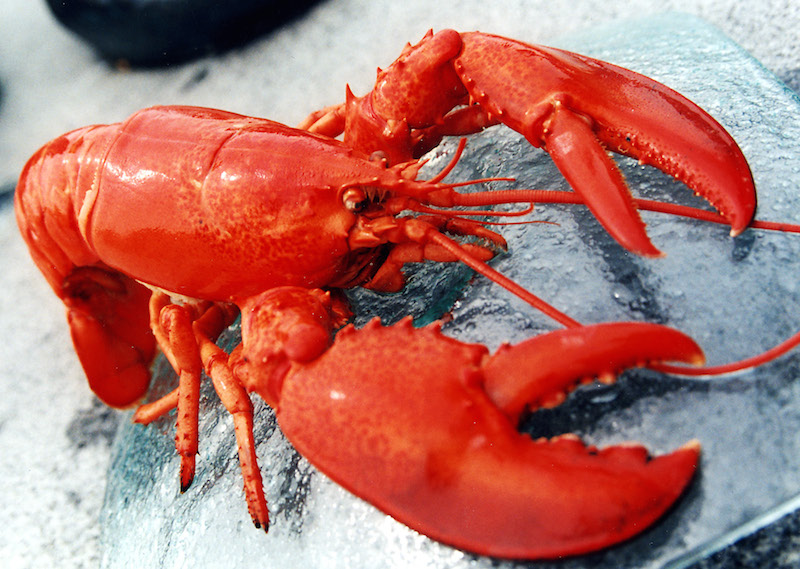 I discussed this just Saturday, but now the US National Oceanic and Atmospheric Administration is affirming that gulf waters are “heating up faster than 99 per cent of the world’s oceans.” NOAA views things from a US perspective, but the same issues hold in Nova Scotia:

Ironically, the warmer water has created ideal conditions for lobsters and contributed to an overabundance in recent years, causing prices to tumble to their lowest point in nearly two decades in Maine. But continued warming could force to them to move north or die off, [University of Maine prof Bob] Steneck said.

Puffin chicks have starved and died because of a lack of the herring and hake they need to grow and fledge. Seemingly overnight, longfin squid — normally found in warmer, more southerly waters — appeared, [Bigelow Laboratory for Ocean Sciences researcher Nick] Record said.

Scallops, also an important economic element in the Gulf, are vulnerable to ocean acidification, which scientists say is another effect of increased carbon dioxide in the atmosphere.

The changes threaten a three-state industry valued at more than $1 billion in 2012, a year in which fishermen caught more than 550 million pounds, NOAA statistics say.

We should be making all our decisions around energy consumption and use with consideration of the effects of climate change. That’s why I put this item first on today’s list—the next item, on fracking, is very important, but nothing at all is more important than what we’re doing to the Earth’s climate.

As expected, energy minister Andrew Younger yesterday announced plans to introduce legislation to ban fracking in Nova Scotia, but I’ll wait to see the actual legislation, as there appears to be a bit of hedging around the edges of the ban. “This is neither a permanent nor a time-limited ban,” Younger said, and the ban applies only to “high-volume” fracking, whatever that means. Moreover, “we’re prepared to open this up if a community approaches us and is prepared to look at this,” Younger told the CBC.

Former finance minister Graham Steele’s book comes out today, but the Chronicle Herald got a sneak preview yesterday. In his book, What I Learned About Politics: Inside the Rise — and Collapse – of Nova Scotia’s NDP Government, Steele reveals that he left government after premier Darrell Dexter reversed a cabinet decision to hold the line on pay increases for the Nova Scotia Government & General Employees Union. Writes reporter Michael Gorman:

Within hours, the legislation was scrapped and Steele and the rest of his caucus colleagues learned Dexter instead agreed to a richer deal with the union, one the government side — including Steele — rejected during previous negotiations. Dexter made the decision without consulting caucus or treasury board, said Steele.

After two years of holding the line at one per cent increases, Dexter, facing a health-care strike, agreed to a richer deal with the union.

“The boys in the Premier’s Office had gone to work on Darrell, and they didn’t care what anybody else thought,” writes Steele. “Once the offer was made to the union, it couldn’t be pulled back. And the premier had told his boys to make the offer.”

I’m glad Steele has written with such candour, but I wish there was more detail about costs. Maybe there is in the book, and Gorman just didn’t get into the details.

Steele is of course a finance guy, and finance guys tend to look at numbers in a narrow fashion. All I can say is that we can afford what we want to afford. The very same NDP government could afford to give $300 million to the billionaire Irving family, so I take the “we can’t afford to pay working people more” line with a grain of salt.

Still, Steele’s resignation is important for what it says about how our political system works. We’re supposedly a democracy, and yet decision-making rests with one person, the premier or the prime minister. The political parties are not democratic organizations, but rather cheerleading squads, indistinguishable from the Chinese Communist party rallying around the Dear Leader. There is no room for disagreement, no tolerance for varied opinions.

That’s perhaps a bit unfair—to the Chinese Communists, who appear to tolerate more dissent than do Nova Scotian political parties.

Regardless, the one-man-rule system is not healthy.

A guard speaks to Metro about conditions in the Dartmouth jail.

4. Halifax council back to work

I discuss four big issues facing Halifax council this fall. This article is behind the pay wall and so is available only to paid subscribers. To purchase a subscription, click here.

Friends of the Khyber is meeting tonight at 7pm, at the North Memorial Library on Gottingen Street.

Sure, Canada is going full-steam ahead with plans to exploit the tar sands, and Nova Scotia itself is continuing efforts to drill offshore, and those operations should be opposed as well, but each time we open up a new opportunity to mine fossil fuels, we’re that much closer to irreversible climate change. Denying the opportunity to burn still more fossil fuels isn’t “saying no”; it’s saying yes to caring about the future.

Standing Committee on Economic Development (9:30am, Johnston Building)—The only thing on the agenda is discussion of the agenda itself.

The women’s basketball team is going to Germany.

Some people won’t take climate change seriously until some boring white dude in a bad suit talks about it, so here’s the UK government’s Chief Scientific Adviser, Sir John Beddington, talking about it, at the 39:00 minute mark.

“I am really depressed about this,” he concludes.

Asphalt Star and Sailor will be conducting a transfer operation in the Bedford Basin. This was done once before earlier this year.

Carnival Splendor is making its first stop in Halifax to my [Peter Ziobrowski’s] knowledge. She is a bit of an infamous ship. First, she was a sister of the Costa Concordia, which sunk off Italy, but was transfered to parent company Carnival during construction. She also suffered from a 2010 fire in the engine room causing a loss of power, and she needed to be towed back to San Diego. The US Navy flew supplies to her, for her four-day powerless cruise back to port.

HMCS St John’s is due out of the graving dock and moving to the machine shop wharf at the shipyard.

I’m about 200 emails behind, so no, I’m not ignoring you specifically.