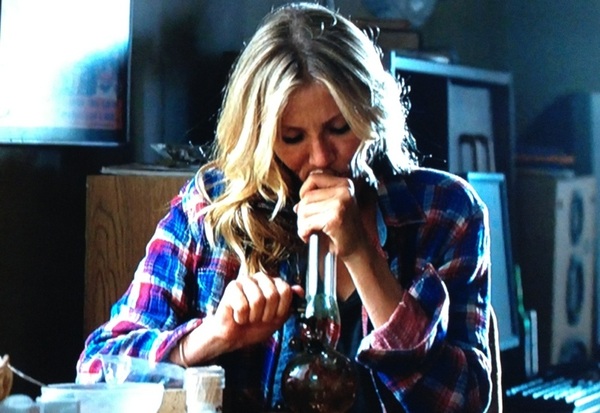 When I was in high school and college I participated in a few bong circles, where inevitably some stoner dude would start philosophizing. “Man, the only reason pot is illegal is they haven’t figured out a way to make a profit out of it,” stoner dude would say, then take another hit. He’d hold it for a bit, then exhale contemplatively before continuing. “Think about it. Anyone can grow pot in their backyard. Where’s the profit in that? But if corporations could sell it like beer, it’d be completely legal.”

Yea, whatever, I thought as I reached for the Doritos. I had seen enough paranoid stoner dudes not to take their pronouncements seriously.

Fast forward a few decades, and consider Aaron Beswick’s profile of Greg Wilson in today’s Chronicle Herald. Wilson is embarking on a $12 million renovation of the old Clairtone factory in Stellarton, which he will use to house operations of Vida Cannabis Corporation, a Health Canada-approved facility for growing medical marijuana.

The background: last year the Conservative government passed legislation that made it illegal for anyone with a medical marijuana licence to grow marijuana at home or to acquire it through another registered home grower. Instead, all medical marijuana users will have to buy the drug through Health Canada-approved mega-grow projects like Wilson’s. That law was to come into effect on April 1 but is now tied up in the courts, though with millions of dollars at play the plan is clear: medical marijuana can only be produced by profit-making giant corporations.

Further, Wilson sees that the legalization movement will likely succeed. “Health Canada predicts [medical marijuana] to grow to a $1.4-billion annual market in a decade, but if it is legalized for recreational use, the prediction is for a $6.7-billion market,” Wilson tells Beswick. You can almost hear him rubbing his hands together in glee as he counts the potential profits.

Looks like the paranoid stoner dude was right: it really is all about corporate profit.

This would be tragically funny were we not destroying real people’s lives along the way. Beswick relates the real pain and struggles of one of them:

“They can kiss my ass,” Tony Beare said Wednesday.

The Sambro resident and former nurse received a medical marijuana prescription eight years ago. He has a rare condition that causes him to urinate more than 120 times a day.

He uses a vaporizer to smoke an average of five grams a day that he says has resulted in him urinating only about 60 times daily.

“That’s allowed me to enjoy my life to a limited extent — I was able to drive to Moncton to visit my grandkids for the first time in four years,” said Beare.

He said buying it from a Health Canada-approved supplier costs about $13 a gram.

That’s more than he can afford on the $2,000 he receives monthly for his disability.

“So you think about it — drug dealers who grow it illegally on a small scale and have to hide from the police can sell it for about $9 a gram,” he said.

“And these big companies growing it in factories are selling it for $13. That’s robbery. They’re a bunch of drug dealers.”

Multiply Beare’s experience by thousands. Add in all the people rotting in jails and prisons for committing the very “crime” that Wilson is gleefully contemplating legally making millions from. Think of the broken families, the financial and emotional anguish of people caught up in the legal system.

Our laws around marijuana are a perversity. It is the exact opposite of a justice system. The entire system—from the cops who spend bizarre amounts of time hiring confidential informants and planning and executing SWAT-style raids on nonviolent people harming no one, to the prosecutors hauling people through years of Kafkaesque legal proceedings and kangaroo courts, to the judges who stroke their ever-wise chins while ruining people’s lives, to the capitalists who have monetized human suffering and the financiers who bankroll the extraction of profit from it, right down to the public that won’t call evil by its rightful name when they see it—the entire system is contemptible.

CUPE, the Nova Scotia Nurses Union, and Unifor have broken ranks with the NSGEU and are supporting a bargaining association approach.

The arrest of Jason MacLean, vice-president of the NSGEU, outside Province House Tuesday night was inappropriate, says Paul McKenna, an academic who studies policies procedures in demonstrations.

A city staff proposal to require that the entire taxi fleet be made wheelchair accessible has been put on hold for more study. Taxi companies say that seniors who don’t use wheelchairs don’t like the vans because they’re harder to climb into than sedans. I think also there is a bureaucratic mix-up that is adding to drivers’ concerns—I’m told the province is bankrolling the purchase of accessible taxis for some drivers but not others, which creates a competitive problem. A low-floor accessible taxi fleet makes sense, but my sense is implementation of a policy to achieve that goal hasn’t been thought out well.

The Chronicle Herald has apologized to its subscribers for its mean-spirited opt-out price increase.

Launch of Sue Campbell’s book (4:30pm, University Club Pub)—Campbell was a smart Dalhousie philosopher, a deep thinker and a good person, missed by everyone who knew her, including myself.  Her book, “Our Faithfulness to the Past: The Ethics and Politics of Memory,” is edited by Christine Koggel and Rockney Jacobsen, and is being published posthumously. 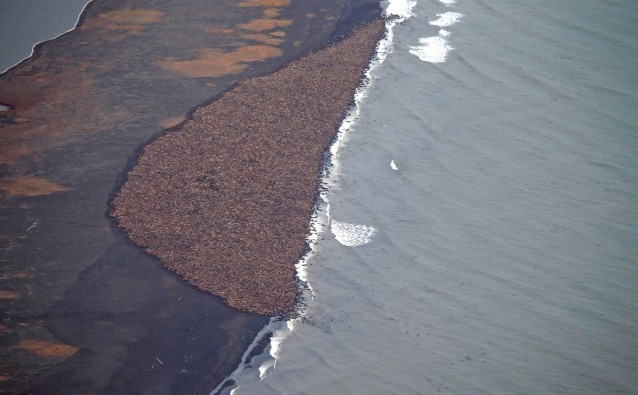 An estimated 35,000 walrus have come ashore in record numbers on a beach in northwest Alaska for lack of better ground. As climate change warms the atmosphere, summer sea ice in the Arctic is diminishing, likely stranding these walrus from their preferred sea ice outposts. 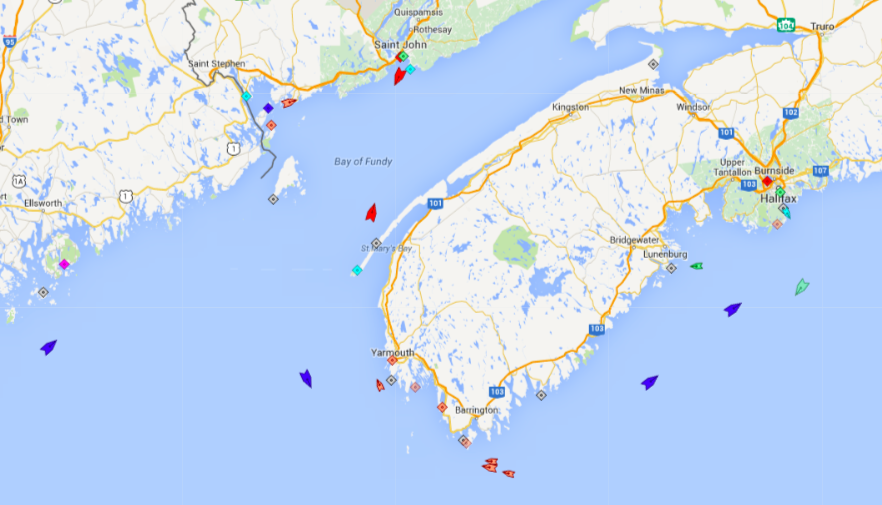 Ships around Nova Scotia at 6am this morning. Source: marinetraffic.com

The cruise ship Veendam was due today, but the cruise has been cancelled and the ship is sitting in Quebec with  a Propeller issue. The last time the Veendam visited Halifax it used tugs to dock, which is unusual for cruise ships given the thrusters and azipods they employ.

Last night, the Tall Ship Silva, with 51 people on board, lost power and had to be rescued by the Coast Guard.

I’ve been doing a lot of research for various stories lately, so a bit slow on the publishing. Hopefully I will catch up soon.