At approximately 3:30 p.m. on September 20, Halifax Regional Police responded to the area of College and Summer Streets in Halifax for a report of a baby locked in a unattended minivan. Officers located the vehicle and observed an infant in a child seat in the rear portion. The officers did a quick check but couldn’t locate any adults in the immediate area. Officers determined that the infant, who was crying and covered in perspiration, was in distress and they broke a window and removed the baby. EHS attended and paramedics checked the child. The Department of Community Services was contacted and attended the scene. The investigation is continuing.

The high temperature was 25 degrees yesterday.

Another Halifax police release from yesterday:

Police are investigating the death of a man at a continuing care facility in Halifax.

Police were called to the continuing care facility on Sunday morning in relation to an 81-year-old man passing away on Saturday, September 19 at 10:30 p.m. It’s believed the man may have been pushed by a fellow resident earlier in the week.

As a result, investigators in the Special Investigation Section of the Integrated Criminal Investigation Division are exploring the circumstances‎ surrounding the man’s death. An autopsy is scheduled for Monday morning. 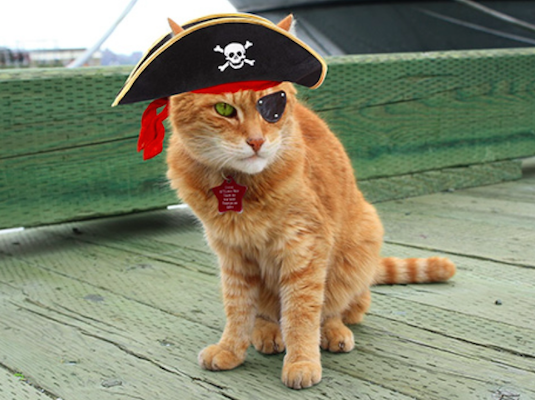 A Photoshopped image of Erik the Red from the Maritime Museum of the Atlantic. 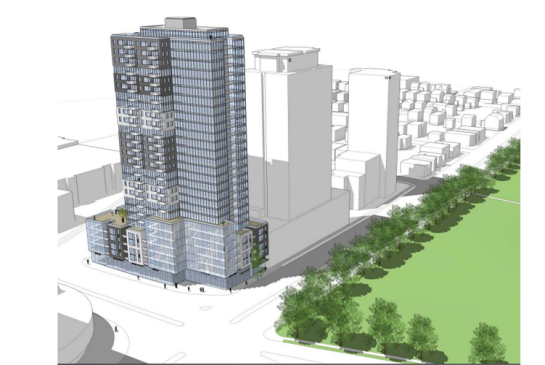 A 29-storey building is proposed for Quinpool Road.

Increasingly, developers are seeking exceptions to city bylaws and planning rules for their projects. In fact, points out Stephen Kimber, “that’s becoming the rule, not the exception.”

Right now, the development pressure is on the Quinpool Road area, partly because a lot of property is becoming available all at once (St. Pat’s High School, Ben’s Bakery), and partly because the area lies in a sweet spot of an older neighbourhood close to downtown and the Common, ready for the picking.

People can and should argue about what the appropriate density and building heights should be, but the gigantic size of the proposed developments suggests to me that something besides normal city growth is going on. I get the market logic of the plethora of eight- to 12-storey apartment buildings going up in the north end (however, I wonder if even most of those will be successful), but the 29- and 25-storey buildings proposed for the Quinpool area are so out of scale to the Halifax norm that I think the developers must be seeing profit from the construction itself, and not from the long-term viability of the projects. There’s evidently a false economy of a bloated pool of money from investors and construction management fees for developers that leads to a cancerous growth of oversize projects.

The bylaws and zoning rules were put into place for perfectly good planning reasons. But another reason to adhere to them is that they provide a check on an overheated market. If we continually give exceptions to the planning rules we’ll keep seeing an explosion of these megaprojects until such time as the bubble pops, and then we’ll be left cleaning up the mess: never-finished constructed sites, abandoned properties, and such an overabundance of cheap rental properties that many will be converted to instant slums. 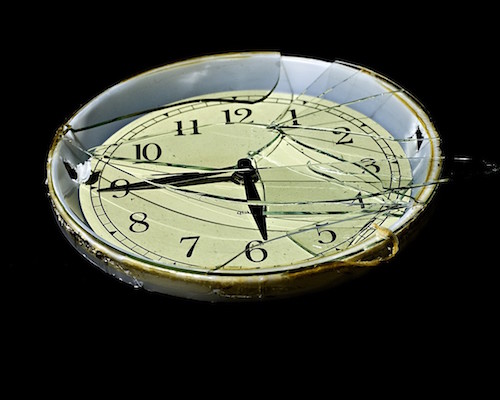 Rather than worrying that Halifax is underpaying its top executives, as some do, it is time to shed some light on what the city really is paying these top dozen or so officials by making their salaries and terms of employment public.

3. The disappearance of the elm tree

Alain Belliveau ruminates on invasive species. There’s an interesting philosophical debate around invasive species, with one side claiming we’re making far too big of a deal about them. But that debate aside, the disappearance of the elm (which, as Belliveau points out, was an invasive species itself), presents something of a psychic loss for older people, who remember them fondly:

Annapolis Royal offered a vibrant, charming town with historic sites and gardens, along with towering trees over the few streets that frame the 400-year-old settlement.

I’d examine those trees from the back seat, pressing my face against the window and looking up in an attempt at grasping their impressive size and shape. We’d step out of the car at the Historic Gardens, looking toward the Queen Anne Inn, and I’d pause in disbelief.

They were elm trees, the monarch of old city streets. Their sheer size and weeping fountain or umbrella shape, along with their usual natural occurrence along river flood plains in and around towns and cities in northeastern North America, made them a popular choice for emergent North American urban landscapes. But perhaps most importantly, they were a comforting token of the Old World, where other similar elm species had long since become the iconic greenery of lush city streets and large rivers like the Danube.

According to a story written July 17, 2015 in The Ottawa Life Magazine, it appears that  “Mother Canada (is) also about embracing immigrants, not just honouring war dead.”

The story, written by a volunteer director for the NFNM Foundation, further states that “… this monument was always meant to be dually iconic – to honour Canada’s fallen, but to also welcome Canada’s future.” The article goes on to say that “Even though most of today’s immigrants land at Pearson International Airport in Toronto … an airport is obviously not the place for an iconic marker. Instead, it will be built on … the picturesque Cabot Trail.” Land in … “the Cape Breton Highlands National Park will be set aside to honour Canada’s fallen and to welcome new Canadians.”

Besides trivializing the fact that protected land in one of Canada’s national parks would be used for this proposed private and commercial venture, the magazine story confuses me about the purpose of the proposed NFNM.

Previously we were led to believe that the NFNM was to honour Canada’s fallen heroes and veterans. In fact, the detailed Draft Impact Analysis for the proposed monument made no mention of ‘welcoming new immigrants’. Perhaps ‘welcoming immigrants’ does not fall under the criteria of the Cape Breton Highlands National Park management plan (or wherever it is that justification was found to support the proposed memorial).

I can’t help but think that there could be a reason why we are now hearing the purpose of the memorial is two-fold. Could it be that the NFNM Foundation is trying to enlarge their focus in the public arena, and see this as a way to manipulate a larger group of contributors for more possible donations? After all, the article did say that “… Canada accepts more immigrants, per capita, than any other nation in the world …” Not only does it seems that the NFNM Foundation is changing the story as it goes along, it is also diminishing the original purpose of the ‘Mother Canada’ monument. Although its website doesn’t appear to have changed yet regarding Mother Canada’s dual purpose, the public story written by an NFNM Foundation volunteer director tells a different story.

North West Community Council (7pm, Acadia Hall, Sackville) — the council will consider an application for a 124-unit apartment complex with 10,000 square feet of commercial space at the corner of Walker Avenue and Old Sackville Road.

In 1854, the Nova Scotia legislature declared September 21 “a Day of Thanksgiving for Nova Scotia’s exemption from the pestilence” that ravaged other parts of British North America.

A port city, Halifax was acutely aware of the dangers of cholera brought by seafaring visitors. In 1834, from the end of August through mid-September, 400 people died in Halifax, out of a total population of 14,000.

The cholera pandemic of the 1850s killed over a million people in Russia, hundreds of thousands in Spain, tens of thousands in Britain, 3,500 people in Chicago, and appeared in port cities up and down the east coast of the United States. In 1854 in British North America, cholera first showed up in Quebec City, where 724 people died, then moved on to Montreal, where 1,300 died. From Quebec, it travelled westward to Hamilton and Toronto, and eastward to Saint John, where about 1,500 died.

On a happier note, September 21 is also the date that inspired Earth, Wind & Fire’s “September”:

It doesn’t have to hurt (6:30pm, Halifax Central Library) — The Centre for Pediatric Pain Research is hosting a “dynamic” (as opposed to boring) panel discussion “on the role of social media in science and health, particularly around pain management for children.” Panelists include Christine Chamber, Carol Schadelbauer,  Isabel Jordan, and Erica Ehm. Details here.

Backhouse and beyond: A public forum on rape culture and the future of Dal (Tuesday, 1pm, McInnis Room, Student Union Building) — Details here.

Let’s base the entire national economy on fossil fuel extraction. What could possibly go wrong? 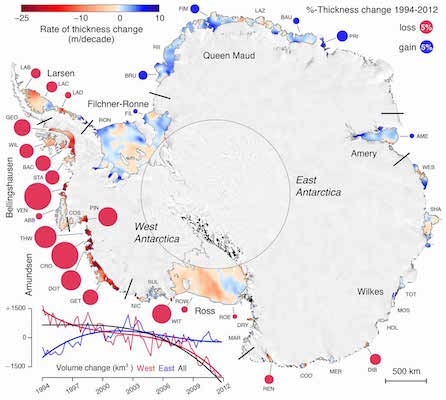 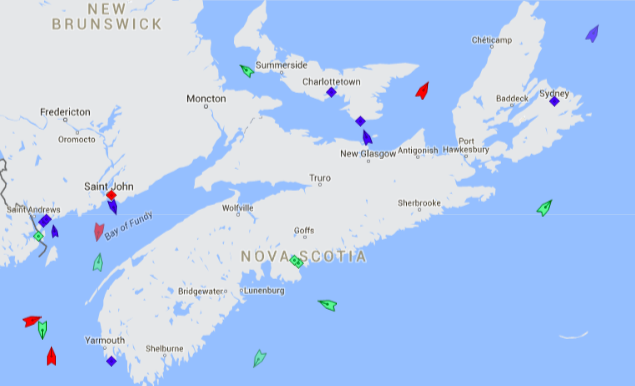 The cruise ships Norwegian Gem (up to 2,394 passengers) and Veendam (up to 1,350 passengers) are in port today.

I’m talking with a j-school class today. I always enjoy talking with students — they’re so eager and hopeful, I can’t help but think I missed something along the way.