You are here: Home / Featured / Bleak news and beach views for the long weekend

Hi, I’m Lewis Rendell, a writer from Northern Ontario who has been wandering lost in Halifax for six years. I’m filling in for Tim this morning as he does some book learnin’ down at the J-School. 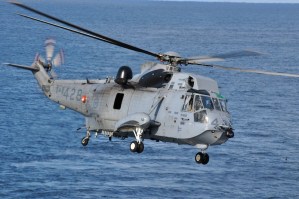 Reports Aly Thompson for the Canadian Press, “An advocate for sexual assault survivors is calling on the military to incorporate gender parity on court martial panels, after a five-man panel found a Halifax-based military policeman not guilty of sexually assaulting a female superior officer.”

Sgt. Kevin MacIntyre was acquitted of a sexual assault charge related to an incident that took place in Glasgow, Scotland, in September 2015.

… defence lawyer David Bright argued that the two had consensual sex, and that the woman only told superiors in the days following to cover the fact that she slept with a subordinate and cheated on her husband.

He noted that she didn’t make a formal complaint for six months.

And he also took issue with testimony that she couldn’t eat in the weeks following the incident, producing an Oct. 11, 2015, Facebook photo showing her sitting before a large plate of food during high tea at a Glasgow restaurant.

The woman said she took the photo to reassure her family back home that she was well during her trip and that she actually ate very little that day.

Let them eat crumpets, I guess. The callousness here is pretty astounding, yet seems to be par for the course in sexual assault trials. There is no such thing as a perfect victim.

2.  Parishioners phished by scammers pretending to be clergy 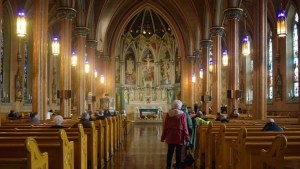 As reported for CTV, The Roman Catholic Archdiocese of Halifax–Yarmouth has put members of its congregations on high alert after numerous (although the exact number is unclear) people have been targeted by phishing emails from scammers pretending to be priests, and, in at least one case, the Archbishop.

No parishioners are believed to have ponied up the cash or gift cards requested by the purported priests, and the weekly diocese newsletter now contains a warning about the scam.

I’m curious to know what kind of gift cards the faux fathers would have asked for without raising suspicion. The NSLC? Wine being the blood of Christ and all that.

3. Matthew Percy testifies in his own defence at sexual assault trial 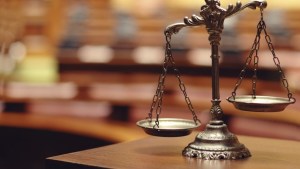 The one-time SMU groundskeeper who is accused of sexually assaulting three women is currently on trial. Yesterday, he took the stand to testify.

Matthew Percy is on trial in Halifax provincial court on charges of sexual assault, voyeurism and overcoming resistance by chocking [sic] related to allegations from Sept. 3, 2017.

A 22-year-old woman has previously testified that Percy forced her to have sex at his apartment following drinks downtown and that she had no idea he was filming it on his phone.

Percy testified he knew the complainant from Saint Mary’s University, where he was a groundskeeper at the time. She was [a] student, he said, and he would often see her at the gym or around campus.

This case has been under scrutiny for its potential to retraumatize one of the young women who has accused Percy of assault. She has had to endure re-watching a video of the incident three times. 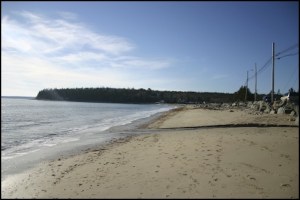 Legions of lifeguards will descend on the province’s beaches for duty this weekend, reports Natasha Pace for Global. Twenty-three beaches around the province will be supervised starting Saturday, just in time for the heatwave I’m still not holding my breath for, because, well, Nova Scotia.

“We just send them a message once again to the men that are taking risks just to think before you do something stupid,” Paul D’Eon, director of the Nova Scotia Lifeguard Service, reminds the public. He’s talking about water safety and men’s increased risk of drowning due to chronic carelessness, but I think it’s a pretty evergreen statement.

These are the beaches getting their safety on this summer:

“The other day I was filling up at the gas pump, talking over the roof of my car with a guy performing the same task, just like we were country folk way back in our grandparents’ days,” is the absurd opening line to this piece by John DeMont for The Chronicle Herald. He raises some funny points, though.

Sometimes, to the recently arrived, we must seem like people who navigate our way through the landscape not by GPS or maps, but by some ancient system of landmarks, watering holes and other phenomena, which in many cases disappeared long ago. In Halifax, for example, some recent arrival might be instructed to go up by “the Willow Tree,” even though there hasn’t been a member of the salix genus where Quinpool Road and Windsor and Robie streets intersect in a very long time.

I was baffled as a newcomer to the city six years ago when directions given to me by a potential boss included the “murder tunnel” near the train tracks in the south end. At one time I lived on Hunter Street around the corner from Long and Mcquade, but I’d only ever heard the store referred to as MusicStop. As a 19-year-old student, I was directed to bars that had gone by new names or been closed for some time. “Excuse me, is this the old Paragon?” “Was this place once called Brandy’s?”

I think it must be contagious. I now live between The Square and The Hill. I’ve directed someone to “the old Palace” to watch a hockey game. The Scotiabank Centre will always be the Metro Centre. I’ve met friends for dinner at the restaurant near “the new Refs.” I’ve been “up to the island” for some R&R.

As DeMont points out, “Sometimes it’s as if there’s a conspiracy to confuse the come-from-aways with directions so ornate and convoluted they sound like they are right out of the Canterbury Tales.”

It’s part of what gives the province its charm if you stick around long enough to make sense of any of it.

Happy long weekend, everybody! As you’re filling your growlers and unfurling your flags over the next couple of days, I invite you to reflect on the fact that you are on stolen land.

Here’s where you’ll find your fireworks fix via The Coast.

No cruise ships Saturday or Sunday. On Monday, the Celebrity Summit, with up to 2,100 passengers, will call.

Today is the last day of school for most children across the province and it is raining. Unless you want to sit on the stairs, avoid the movie theatre today.