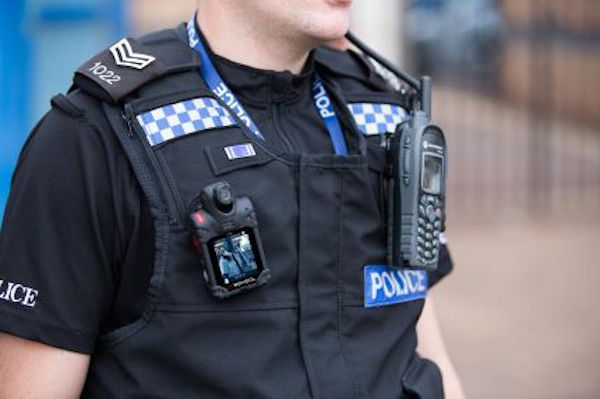 The Truro police have been supplied with WatchGuard cameras. WatchGuard is owned by Motorola Solutions. In 2019, Motorola CEO Gregory Q. Brown took home over $23 million dollars in total compensation. He is consistently listed as one of America’s most hated CEOs.

Brown is benefitting from the explosion of interest in body cameras. As Black Lives Matter protests drew thousands, politicians like Justin Trudeau turned to body cameras as a reformist solution, despite no evidence that body cameras prevent police brutality or are useful in holding police accountable.

Even as there are increasing calls for police defunding, false progressive calls for cameras, training, or hiring more Black officers continue to divert resources into policing. And CEOs like Brown are the ones profiting.

Jeff Bezos, CEO of Amazon and the richest man in the world who has seen his wealth skyrocket during COVID while denying his workers PPE, is heavily invested in policing technologies. Taser, maker of the “less lethal” directed energy weapons that frequently kill people with mental illness, is the leading supplier of body cameras through its company Axon: the people who arm the police also profit from technologies they claim prevent the police from killing us. 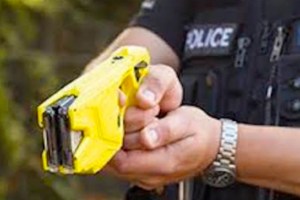 What the rich know — along with police chiefs like Dan Kinsella, a strong proponent of policing technologies — is that there is money and opportunity in these protests. Not, of course, for the Black people putting their bodies on the line to fight for justice, but for police departments who can get more funding for surveillance technologies and the corporations positioned to supply them.

We can assume that the Truro body cameras will also function as a kind of testing ground for Halifax Regional Police and the RCMP.

In July, Halifax City Council requested a staff report into a pilot project for body cameras. A 2017 report estimated a cost of $1.4 million for 50 cameras over five years. Undoubtedly, the review from Truro police about WatchGuard cameras will influence local police decisions (the Kentville police wear Axon cameras). WatchGuard promotes their cameras as:

The first in the industry to address law enforcement’s need for cameras that remain operational beyond a 12-hour shift. Swappable battery packs, 128 GB of memory and secure wireless uploading enable it to operate continuously.

Activist Lynn Jones, who was racially profiled by the Truro police in 2019 while watching deer, questions the need for body cameras given the ongoing denials by that police force that they have any issues with racial profiling: 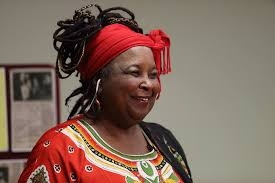 Even more disturbingly, concerns have been raised by critics of policing technology about the potential facial recognition capabilities of WatchGuard Cameras.

Earlier this year, however, Motorola acquired Vigilant Solutions, which provides license plate readers, including devices with facial recognition which were deployed by a municipal police department in New Jersey. In other words, a Motorola subsidiary already supplies police with facial recognition technology. Avigilon is a Motorola subsidiary which provides facial biometrics among the capabilities of its video analysis software.

In February, Global News uncovered the secret use of Clearview AI facial recognition technology by the Halifax Regional Police, after the department denied multiple times that it was using the software. Clearview then came under increased scrutiny after a data breach. As Alexander Quon reported:

Clearview AI’s technology allows for the collection of billions of images from public websites and social media sites that can help police forces and financial institutions identify individuals.

Privacy concerns about the software were raised earlier this year after a New York Times investigation revealed the software had scraped more than three billion photos from Facebook, Instagram and YouTube to create a database used by more than 600 law enforcement agencies in the U.S., Canada and elsewhere.

Police forces across North America were caught using this technology without disclosing its implementation, and without any oversight, policy, or accountability.

Along with privacy concerns, studies show that facial recognition technologies are consistently bad at matching Indigenous, Asian, and Black faces. The worst false positive rates are for Black women, putting them at high risk of being falsely accused of a crime. An ACLU investigation reports:

…[W]hile face surveillance is a danger to all people, no matter the color of their skin, the technology is a particularly serious threat to Black people in at least three fundamental ways.

First, the technology itself can be racially biased. Groundbreaking research conducted by Black scholars Joy Buolamwini, Deb Raji, and Timnit Gebru snapped our collective attention to the fact that yes, algorithms can be racist. Buolamwini and Gebru’s 2018 research concluded that some facial analysis algorithms misclassified Black women nearly 35 percent of the time, while nearly always getting it right for white men…

Third, even if the algorithms are equally accurate across race, and even if the government uses driver’s license databases instead of mugshot systems, government use of face surveillance technology will still be racist. That’s because the entire system is racist.

Police forces across Canada have already “misled” journalists about their use of facial recognition technology. The Halifax Regional Police still have not responded adequately to concerns about street check data, and is planning on deleting the data in December, against the wishes of the African Nova Scotian community.

We are now supposed to trust the department if it tells us it is not implementing facial recognition technologies in the guise of responding to concerns about policing: cameras that every serious activist and scholar of policing technologies have already showed are ineffective and a waste of money. We already watch the videos of police killings caught on camera, and yet the killings continue and the officers rarely face consequences.

We should never forget that this is the “frontier” of contemporary policing. Jeff Bezos is investing in developing these technologies for a reason. To the extent that forces have been willing to abandon street checks (or at least pay lip service to banning them while continuing to racially profile and brutalize Black communities) it is because street checks are outdated. Predictive policing models that recycle the data from years of racial profiling into “actuarial” models that “objectively” map crime; Stingray technologies that control and monitor communication; ShotTracker technology that claims to be able to locate shooters; facial recognition and other surveillance technologies — these are the new instruments of discipline and control.

Black people did not hit the streets for this brave new policing world. And we will have to continue to hit the streets as our calls for justice are co-opted and invested into harmful technologies that continue to profile and criminalize us — all while claiming those in charge feel our pain and are “listening.”