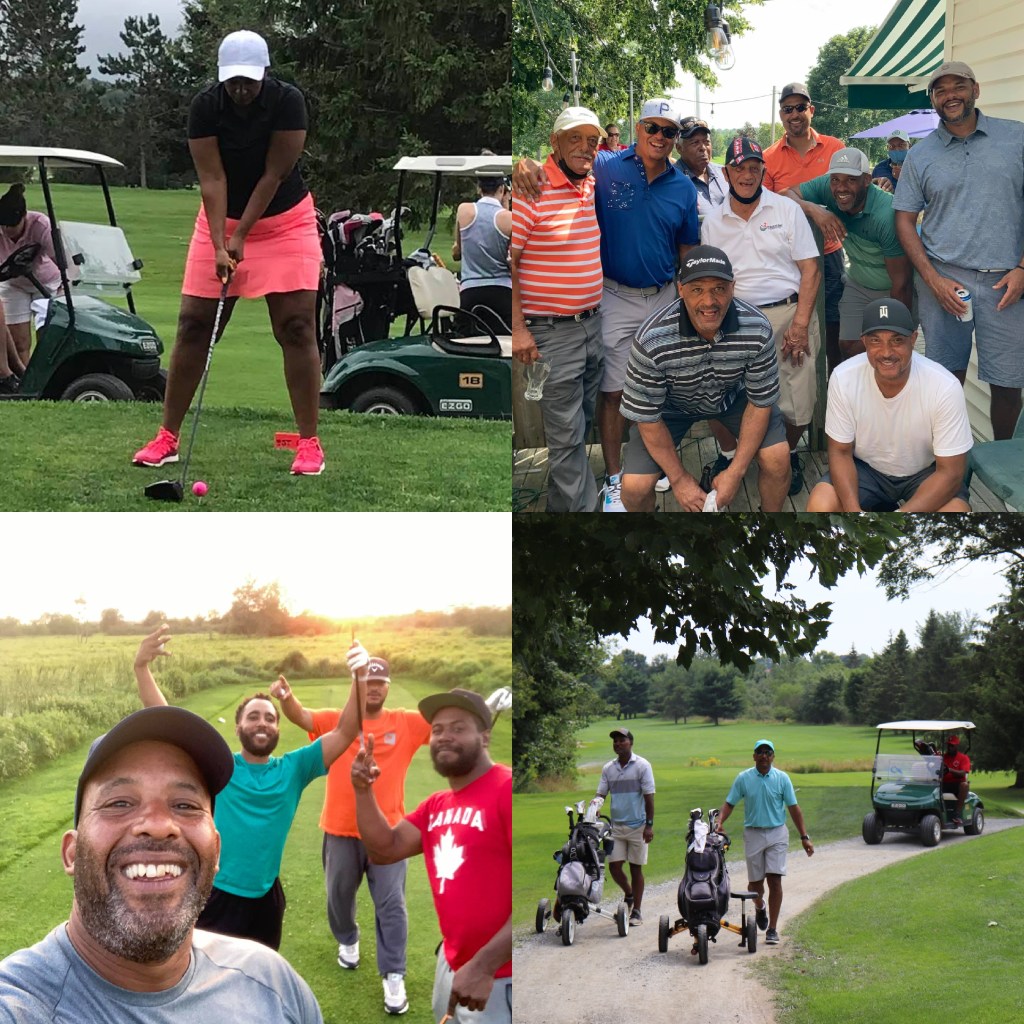 For almost half a century, Apex Invitational Golf Tournament has doubled as both a Black golf tournament and an annual homecoming for the Black community of Truro, NS.

After being cancelled last year due to COVID-19, Apex returned this past long weekend.

The Examiner spoke with members of the all-Black Apex Invitational Golf Association Committee about last year’s cancellation, the Apex youth scholarships that were still awarded last year despite the cancellation, the community aspect of the weekend, and how the annual event came to be. Here’s what Shelley Borden, an Apex committee member and Apex women’s division participant, said:

Along with it being a golf tournament, as you know, it’s a homecoming too. And it’s a homecoming for The Island, Hill, and The Marsh (the three historical Black Truro neighbourhoods) … The people from away just make a big effort to get home, even if they don’t golf, just to mingle with family and friends in an environment that allows them to visit the most amount of people in the shortest amount of time. 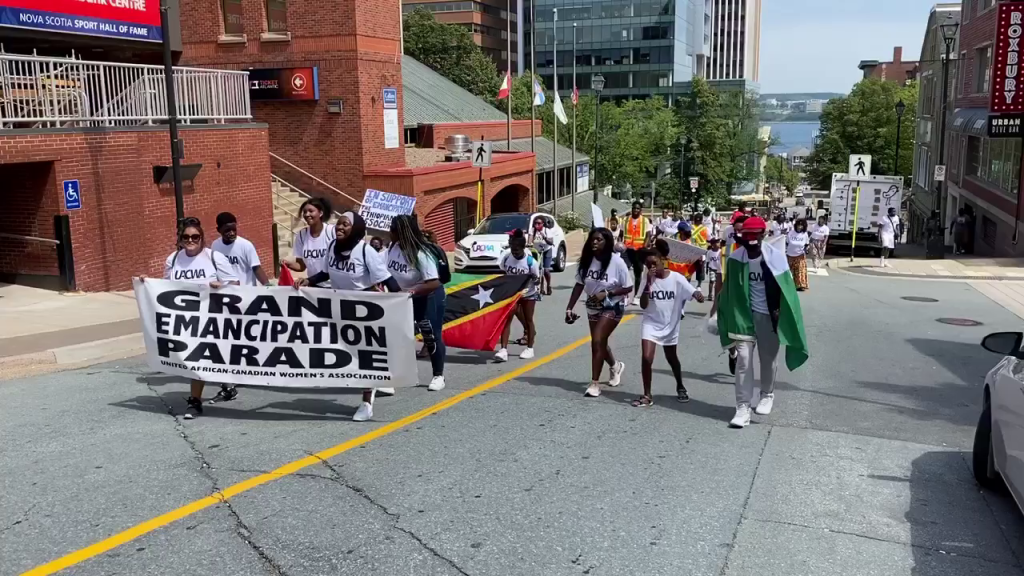 This past August 1 was the first federally recognized Emancipation Day in Canada, commemorating the same day in 1834 when slavery was officially abolished in the British colonies, including what would eventually become Canada.

Celebrations continued throughout the month of August, including this past weekend in downtown Halifax.

The United African Canadian Women Association and the Office of African Nova Scotia Affairs held a parade on Saturday that started at the Halifax waterfront and ended up at Parade Square where there were a number of speeches. From there, participants and guests moved to The Commons for a picnic.

Funmi Joseph, one of the co-founders of the United African Canadian Women’s Association plans for the parade to become an annual event. Speaking with Alex Guye at CBC Joseph said:

The theme is understanding our past and uplifting our future. So, it’s recognition of what’s happened and then to celebrate and honour the memories of those [in the past], and here, too.

We are here and we are not going anywhere.

Global News reported that on August 7 a shooting had taken place in North Preston just after 2pm. 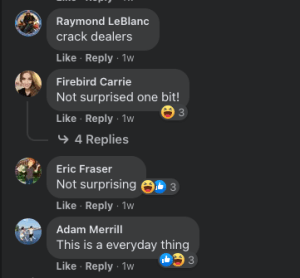 As could be expected, hateful comments that got likes and laugh reactions were left in the social media comments:

Not surprised one bit!

This is a everyday thing

Sadly, days later it was reported that a second shooting was reported the following day in North Preston, followed by a third shooting the day after that in north-end Dartmouth near Jellybean Square to which one commenter replied:

And who ya gonna blame this one on? 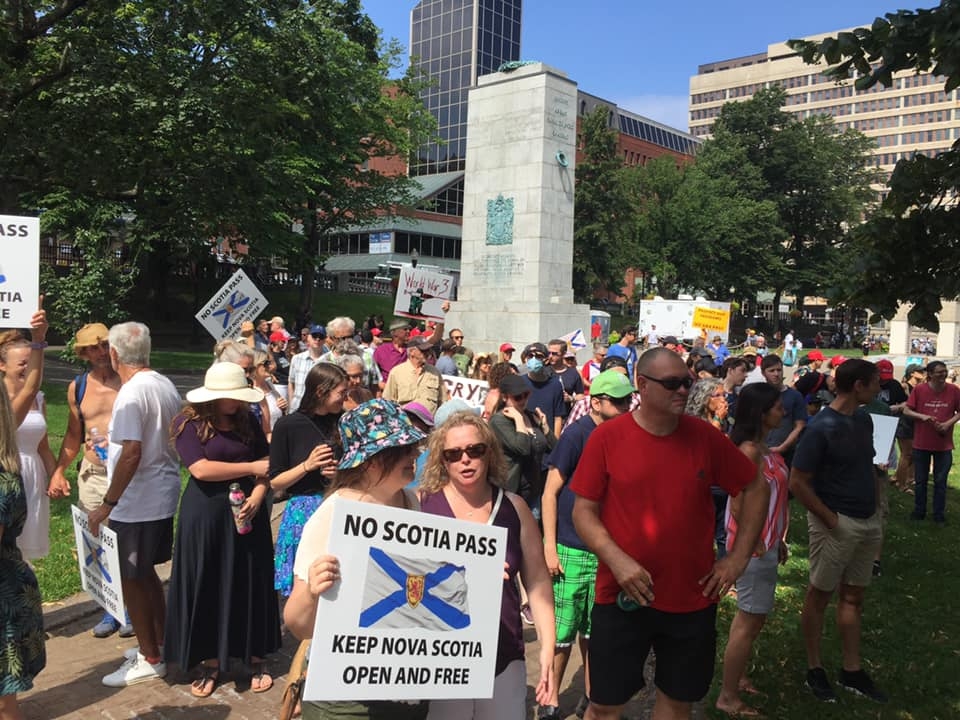 There was a protest in downtown Halifax this past Saturday in opposition to vaccine passports. This follows Liberal leader Iain Rankin saying that, if re-elected, he would implement a mandatory vaccine passport system, dubbed ScotiaPass.

A similar, albeit much larger, protest took place in Montreal as well on Saturday. Quebec has already said it will implement vaccine passports on September 1.

The same day as Rankin’s announcement, research was published by the Canadian Medical Association Journal (CMAJ) and talked about how existing inequities among “ethnoculrual communities” in Canada were worsened by the pandemic.

That’s why more thought needs to go into any decision around COVID passports. What percentage of these communities have been vaccinated? If it’s low would we be discriminating against them.

On the July 21 podcast episode of Black In The Maritimes, co-host Hillary LeBlanc talked about “Black people who disproportionately cannot be reached” with respect to getting vaccinated, and observations she’s made through her work with community health centres. 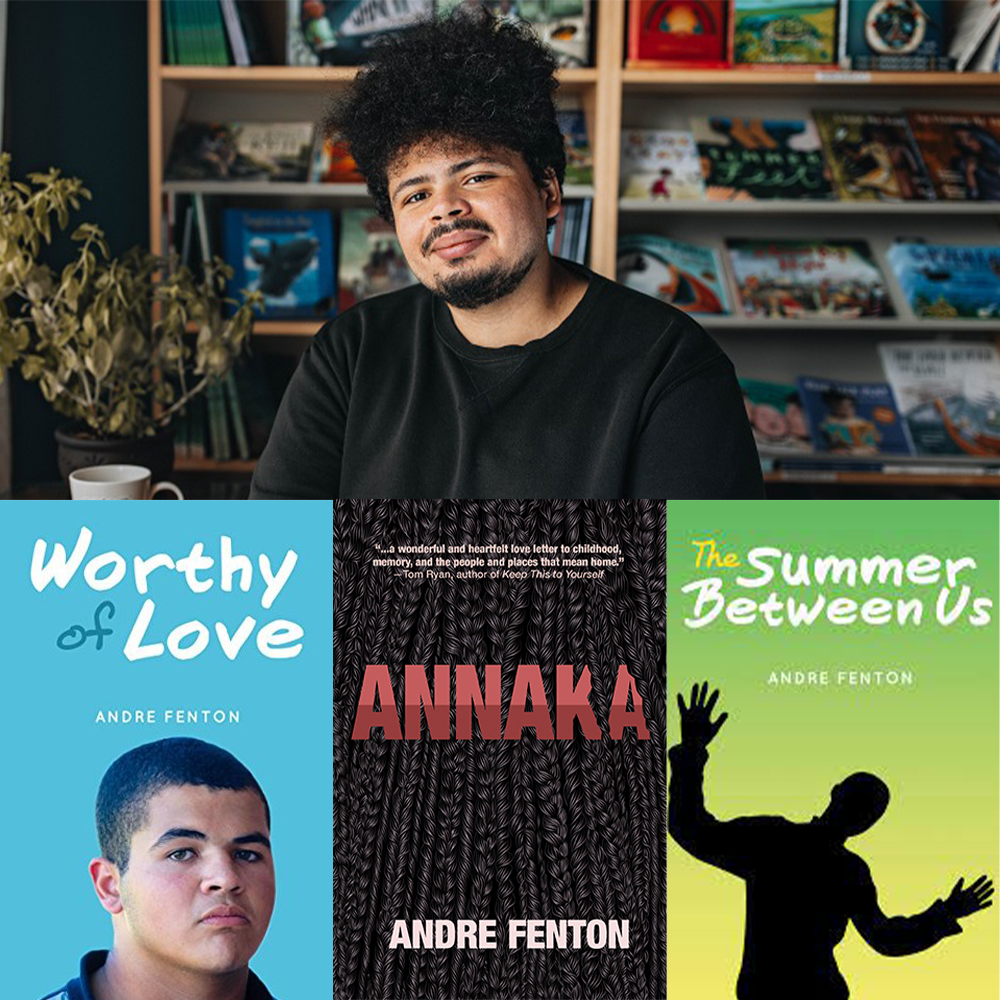 Fenton, an NSCC graduate who studied both Screen Arts and Social Services, talked about how he uses those seemingly unrelated skills in his current work.

I combine the two programs as I help young people find their voice and the strength to tell their stories. From being able to understand story structure from Screen Arts, to the facilitation skills from Social Services, I learned how to be versatile with my skill set from NSCC.

Fenton talked about how his lived experience helped influence him to be a writer and why topics such as self-esteem and race are important to his art.

They’re topics that I never shy away from because I feel there is a consistent need to shed light on them. Being able to tell the stories that I do, there is much more room to explore those topics in an open, honest way. It’s also a lot of fun.

Thinking back to the bookshelves I was surrounded by in school, I never really met many characters who reminded me of myself. If I can be the person I needed when I was younger, that would be fantastic.

As a youth workshop facilitator, Fenton has hosted more than 50 workshops over the past three years.

As a writer, he is the author of Annaka, Worthy of Love, and his upcoming novel The Summer Between Us, due for release in 2022. 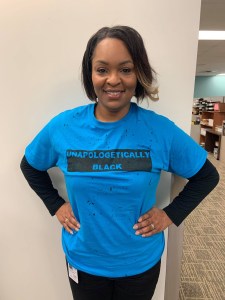 It makes it difficult for them to connect with anybody in their school. They often bring issues home that could have been dealt with in their school had they had somebody that they felt comfortable with, that they could talk to, that look like them.

Myself, personally, went to school in Dartmouth my whole life and I had one Black teacher and it wasn’t until I was in high school. And by then, you’ve already developed your own sense of belonging, which isn’t inclusive of your culture.

The report also talks about the NDP, PC, and Liberal’s respective election commitments with respect to Afrocentric education. Sylvia Parris-Drummond, CEO of Delmore Buddy Daye Learning Institute, was also interviewed for the report.

You need to look deeply into your assumed practices, your written practices and policies and say, ‘What is keeping people out and what is not fully inviting them in? 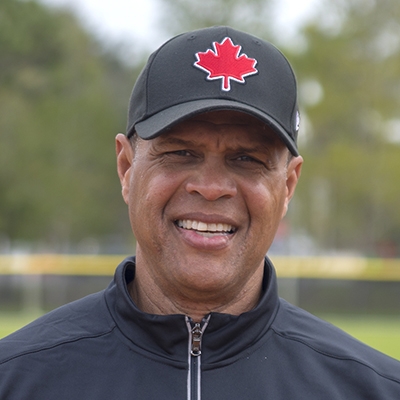 New Glasgow’s Mark Smith is retiring as a softball coach after winning a bronze medal with the Candian women’s team at the Tokyo Olympics this summer. Photo: softball.ca

After coaching the Canadian women’s softball team to a bronze metal at the Tokyo Olympics this summer, New Glasgow native, Mark Smith, has announced his retirement on Friday, August 13.

His career as a player and coach spans more than four decades. Smith has coached both women’s and men’s teams, and has won multiple medals at the world championships and Pan Am Games.

In a statement, Smith said:

With a heart full of pride and gratitude, I step away from the game that has given me everything I have achieved in my life … To have had the pleasure and good fortune to play along side and learn from some of the most successful players and coaches of any era is more that I could have ever imagined. It’s been an incredible journey.

Kevin Quinn (President from 2001 to 2019) and Hugh Mitchener (CEO), both of whom I worked with for many years, current President Scott Neiles and Softball Canada’s Board of Directors deserve the credit for enabling the national teams to be successful during my tenure as head coach. Their commitment to ensuring we had the support we needed and allowing me the autonomy to do my job contributed to our success.

Throughout my time with the national team programs, I have been blessed with access to talented athletes. I’d like to thank those athletes that played on our national teams for their dedication and commitment. Without them, our country wouldn’t be a world power in men’s and women’s softball. I step away from the game confident that the women’s program is on very solid ground and I wish the next head coach every success in building on the foundational pieces that have been laid.

This past Saturday, Examiner contributor, Evelyn C. White was awarded the Nova Scotia Rainbow Action Project’s (NSRAP) Raymond Taavel Media Award. The award recognizes an individual or organization for work in the traditional or social media education of the public on news or issues affecting Nova Scotia’s 2SLGBTQIA+ community.

White is a freelance writer, and author of Alice Walker: A Life, the autobiography of  Alice Walker, the author of The Color Purple.

In the Examiner Morning File for August 17, Suzanne Rent wrote:

In her acceptance speech, White mentioned this article she wrote that made her especially proud.  It’s the story of the work of largely unrecognized, Petric J. Smith, a trans man whose uncle, Robert Chambliss, was prosecuted in the bombing of the Sixteenth Street Baptist Church in Birmingham, Alabama in 1963. Chambliss was only convicted for the crime in 1977 after Smith, who was born Elizabeth H. Cobbs, testified against Chambliss. Smith transitioned not long after that trial and as White writes “named himself as co-author of Cobbs’s 1994 memoir, Long Time Coming: An Insider’s Story of the Birmingham Church Bombing that Rocked the World.”

Also in her speech, White said she “applauded Tim for giving me 100% freedom to write whatever  I want, whenever I want.” She ended her speech at the NSRAP event by playing Whitney Houston’s I Wanna Dance with Somebody on her trumpet kazoo.

Congratulations, Evelyn, from everyone at the Examiner!