You are here: Home / Featured / Birds of prey and the meaning of life, Shearwater edition 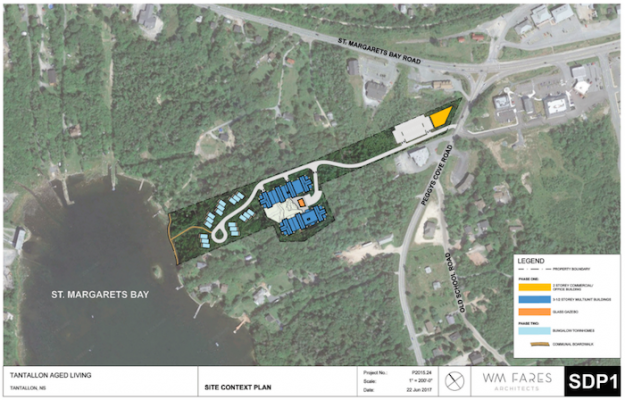 Last week, Philip Moscovitch reviewed the largest residential development ever proposed for St. Margaret’s Bay — and the divisions in the community it has caused.

Moscovitch now follows that up with a report on a meeting held Wednesday night to take public input on the proposal. 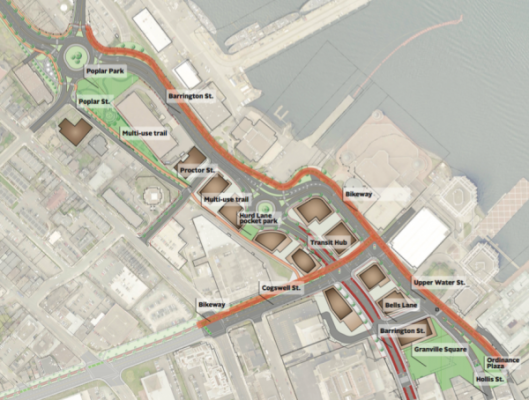 The newly passed Integrated Mobility Plan calls for a transit priority corridor on Barrington Street, but the Cogswell redesign plan doesn’t include it. Why not? Blame unimaginative planners who design for the status quo, says Examiner transportation columnist Erica Butler:

3. Liberals and the convention centre 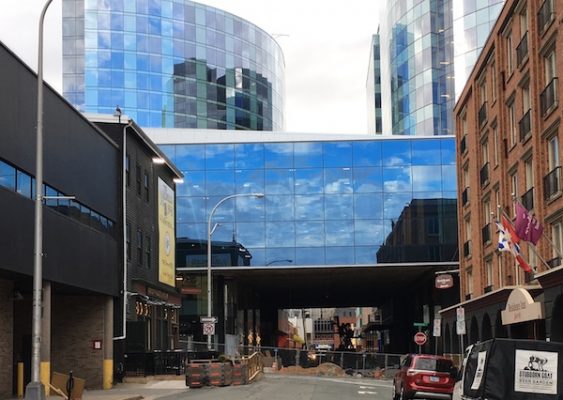 There’s a sea of red downtown this weekend as the federal Liberals hold their annual convention at the Halifax Convention Centre.

The convention is being sold as a big success for the convention centre, and as justification for building it.

Better to pay Acme Widgets a million dollars to hold their convention in your city than to have an empty convention centre, is the idea.

“Actually, discounts are so deep they are dragging the convention centers underwater,” reports Don Bauder for the San Diego Reader:

Los Angeles convention officials made an offer to the American College of Chest Physicians for its 2016 session. The rate would be $269,918. But Los Angeles would give an incentive of $268,918. So, the cost would be $1000. But, wait. Los Angeles would offer a $25,000 marketing incentive. So, then the city would be $24,000 in the hole. But, hold on. If it got commitments, the city would give further incentives for the next couple of years, including worldwide marketing help, going deeper into the red.

“It is not even giving it away,” says Sanders. “It is giving it away and throwing tens of thousands of dollars in cash on top of it.” Then he named several other cases in which Los Angeles and other cities are “giving two or three or four hundred thousand dollars in incentives.”

Sanders told me that this is not merely an American problem; Canadian convention centres are paying incentives as well.

And this is a Liberal town, with a Liberal premier and a Liberal mayor who probably wouldn’t overly object should hefty incentive payments be made to a Liberal Party wanting to hold a convention in Halifax.

I’ve asked the Liberals if they have received any incentive payments to book in Halifax; I’ll let you know if they respond.

The "product" – small, young trees piled up beside the logging road waiting for their turn through the in-woods chipper. (Wouldn't want anyone to see those pitiful "logs" going down the highway now would we?) 😳 pic.twitter.com/29LROqiYgK

“The interim leader of the PC Party says cultural-sensitivity training may be offered to its 16 MLAs after a comment made by one of them was labelled as racist,” reports Jean Laroche for the CBC.

But both have walked back their comments, and Smith-McCrossin met with El Jones yesterday. “I do think it’s important to acknowledge that she took these steps to be accountable for her comments and to genuinely apologize,” wrote Jones in a Facebook post. “We talked about systemic racism and particularly how cannabis laws affect African Canadians.” 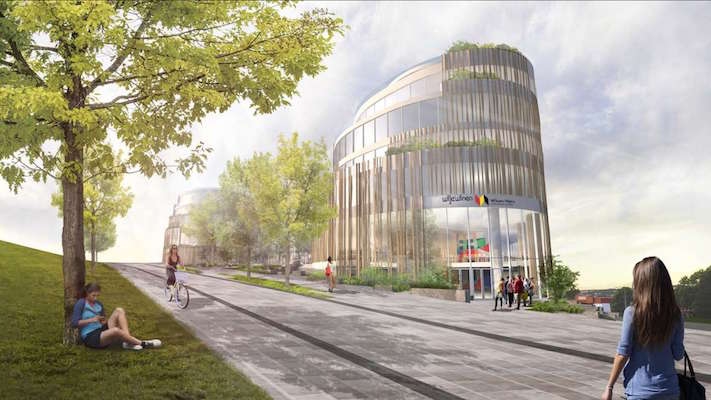 A conceptual drawing of the new Mi’kmaw Native Friendship Centre.

New conceptual drawings were unveiled and construction of the 70,000-square-foot building is hoped to begin next February, with an opening in two or two-and-a-half-years.

Pam Glode-Desrochers, executive director of the centre, revealed the new name for the centre will be Wije’winen, which means “come with us.”

Glode-Desrochers acknowledges that some people don’t want the Red Cross Blood Services Building torn down, but she said the building does not fit her community’s needs.

“We want to be respectful every step of the way,” she said.

The community input made it clear that they did not want a square building and that the building’s environment was important. Glode-Desrochers wanted to make sure everybody has an opportunity to have input. 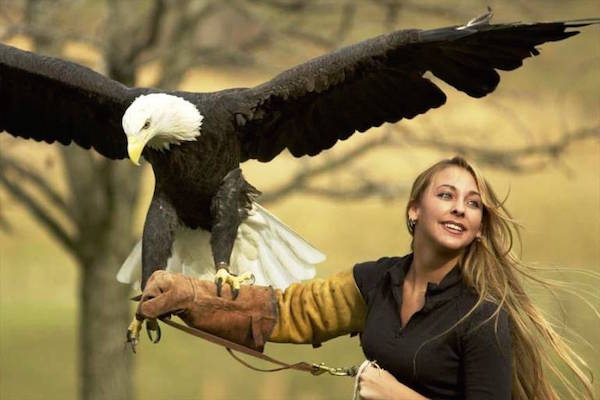 A falconer (right) with a bird of prey.

The DND has issued a tender offer looking for a falconer to provide “wildlife control” at the Shearwater air base and, when needed, at the Hartlen’s Point golf course and “other DND properties.”

The falconer will control a minimum of two “birds of prey [who] must be natural enemies of the wildlife to be controlled.” This raises all sorts of philosophical issues around the definition of “natural enemies” and the nature/nurture question. If a falcon is “naturally” the enemy of seagulls that may be interfering with airplanes, why does it need a human trainer? And just because a falcon wants to fly after and presumably kill a seagull, it doesn’t necessarily mean the two are “enemies”; I don’t consider myself the enemy of the pig who provided my sausage dinner last night — I wanted it to live a good life and come to a relatively painless demise. Admittedly, however, the pig might have seen it differently. I only bring this up because it could be a sticking point should non-performance become an issue.

Anyway, the person providing wildlife control (and presumably, the falcons as well), will work “on a weekly basis Monday to Friday from 0800 to 1600 hrs for the period of the Service Contract for the aerodrome. Although the number of daily hours will remain unchanged, the hours could fluctuate depending on the flying schedules and the success of the bird control work. A thorough check of the aerodrome must be completed prior to the first daily departure (aircraft) and every time deemed necessary thereafter and/or as directed by WATCO [the Wing Air Traffic Control Officer] or his/her designated representative to maintain a wildlife free environment.” But the person and the birds also must be available on a 24-hour standby basis, just in case there’s a midnight attack.

The falconer might also make use of a “wildlife control dog,” and it’s beginning to look like the animals are doing all the real work here.

As for Hartlen’s Point, the document is fuzzy about how or why we taxpayers are paying for wildlife control at a golf course, saying only that the contractor will be dispatched on an “as requested basis.”

Speaking of wildlife, Don’t do this!

Despite earlier indications to the contrary, it now appears Rambo the raccoon will not be returning home to East Uniacke, N.S.

Nova Scotia’s Department of Natural Resources has relocated Rambo to its wildlife park in Shubenacadie, with possible plans to eventually release him into the wild.

The family who raised Rambo says they are heartbroken over the news.

“DNR is really hurting a lot of people’s feelings,” adds [Billy] Holman [of the family that adopted the racoon]. “I mean, even today, coming here, what did I see on the road? A dead raccoon.”

The family has considered legal action, but concedes that would be an uphill battle.

“We’re between a rock and a hard place,” says Holman, “because you’re fighting against the Nova Scotia government, right?”

No, you’re fighting against the natural order of things. Racoons and other wildlife should not brought into human families or domesticated. The government is absolutely doing the right thing.