1. Bill 30, sex abuse, and separation of church and state 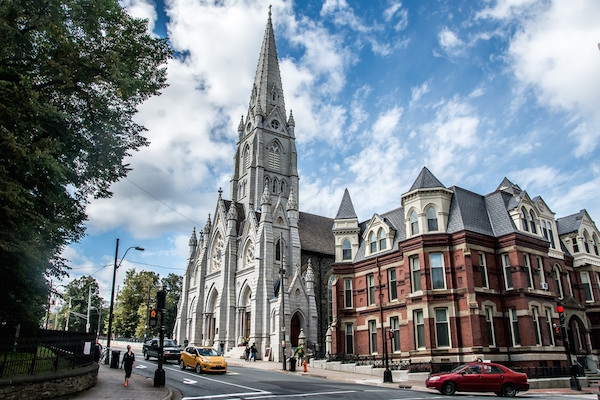 “Bill No. 30 – Archdiocese of Halifax-Yarmouth Act” was considered by the usually non-controversial Private & Local Bills committee of the legislature yesterday.

But, “[t]he committee voted to hold the bill at this stage of the lawmaking process following a presentation by lawyer John McKiggan, who has represented and continues to represent hundreds of sexual assault victims who were abused by priests,” reports Jean Laroche for the CBC:

In his presentation to the committee, McKiggan said, “I would suggest the only reason for this proposed change to legislation that has existed for over 100 years is to make it more difficult for survivors of priest sexual abuse to be able to receive just and fair compensation for their injuries.”

A lawyer acting on behalf of the archdiocese, Joel MacDonald, later told the committee that was not the intent, nor would the change protect the church organization from claims by victims.

Here’s the actual bill, the gist of which allows the Archbishop to establish parishes, abolish parishes, redefine parish boundaries, appoint priests, remove priests, decide how to govern the church, establish cemeteries, and so forth. But the bill also defines the legal relationships between parishes and the Archdiocese, which we’ll get into below.

In his statement, McKiggan discussed the extent of sexual abuse in the church:

It is public record that a number of former priests of the Archdiocese of Halifax-Yarmouth have been convicted of sexually abusing children.

What is not public record is the number of priests who have had allegations of sexual abuse made against them but who have not faced criminal charges. The Halifax Archdiocese has faced numerous compensation claims for abuse by its priests. It has never publically disclosed how many priests it is aware of that have committed acts of sexual abuse.

However, most professionals who work with survivors of sexual abuse agree that the number of victims who come forwards to pursue criminal charges are just the tip of the iceberg. Some professionals suggest that just 10% of sexual assaults are ever disclosed by victims to authorities.

A study by Dr. Anne Burges and Dr. Nicholas Croth concluded that the average pedophile will molest over 200 children during their lifetime.

I remind you that the Diocese of Antigonish is half the size of the Halifax Archdiocese. That class action resulted in claims by more that 140 victims of sexual abuse by more than a dozen priests.

You can read all of McKiggan’s statement here.

Cassandra Armsworthy is a lawyer and self-described “practicing Catholic” who says she is “a member of the Catholic Women’s League, I serve as a lector and a eucharistic minister, I sing with the choir, help with fundraising — I even water the flowers. Outside of school, the church is probably the single largest commitment in my life, and one which has greatly enriched my life.” Armsworthy shares McKiggan’s concerns.

“If you look to section 15 of the proposed Bill,” says Armsworthy:

you’ll find that, in fact, there is an extensive list of restrictions on how parish corporations operate. If they want to acquire or sell property, repair or construct building, invest capital, borrow money — in short, manage their assets — they have to seek permission from the Archbishop.

The parish corporations may be the nominal owners ofthese assets, but they do not have effective control — that would still be with the Archbishop, just as it is now.

[The bill] would delegate to the Archbishop and the Archdiocesan Corporation the authority to make the regulations that would govern these parish corporations. Regulations have the force of law — this Bill would give the Archbishop law-making power, without the oversight of any member of the Executive or Legislative branch of the government — after all, the Archbishop is not accountable to anyone in government.

As I read the bill, I kept thinking: why on Earth is the government of Nova Scotia involving itself with the governance of the church? Excuse my American sensibilities, but can’t the church just fall under the normal rules and regulations that apply to every other non-profit, charitable society, and corporation?

While the ideology of separation of church and state may not be as entrenched in our political landscape as it is for our neighbours to the south, I believe it is still an implied expectation for Canadians, and Nova Scotians. And contained in that expectation is the understanding that the state will not give the church the power to make laws. Because maybe it doesn’t cause you much worry that the Roman Catholic Archbishop is asking for this power; maybe you’d be fine if the Anglicans, or Baptists, or United Church came asking for the same. But what if, say, the leader of the Church of Scientology came asking for this kind of authority? What if a new religion was established here, like the Greater Ministries Church? Greater Ministries was an evangelical church that was established in the US in 1993, and in 2001, its leaders were convicted of defrauding its members of over $500 million dollars.

What do you say then? And in light of the Charter protections we have in this country — for freedom of religion, for equality — if any one of those groups gives you pause, how do you justify it?

The bill was also opposed by a group of parishoners at St. Philip Neri Church in Musquodoboit Harbour. 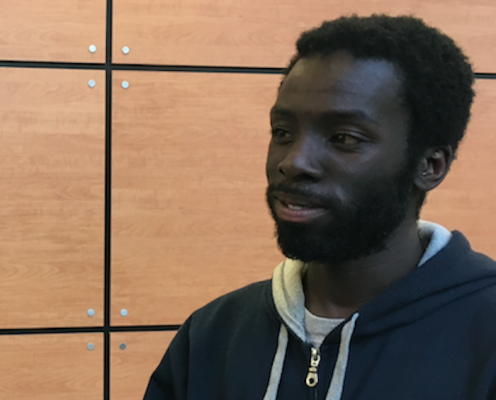 The journalist and activists says Halifax cops brutalized a woman, left another woman in a police wagon in the department parking lot, and came after him because he is black.

Click here to read “Desmond Cole: my night with the Halifax PD.”

“About half of people working at heights in suburban Halifax this year weren’t using proper fall protection, according to compliance inspections by the Nova Scotia Department of Labour,” reports Zane Woodford for Metro:

Scott Nauss, senior director of inspection and compliance at the department told Metro that in 2016, fall protection compliance — whether people were wearing properly anchored harnesses while working at heights — was 75 per cent. In 2017, that number fell to 70 per cent.

Nauss said the drop is due to what he called “pockets of non-compliance” in suburban HRM — areas like Spryfield, Bedford, Hammonds Plains, Sackville, and Fall River. 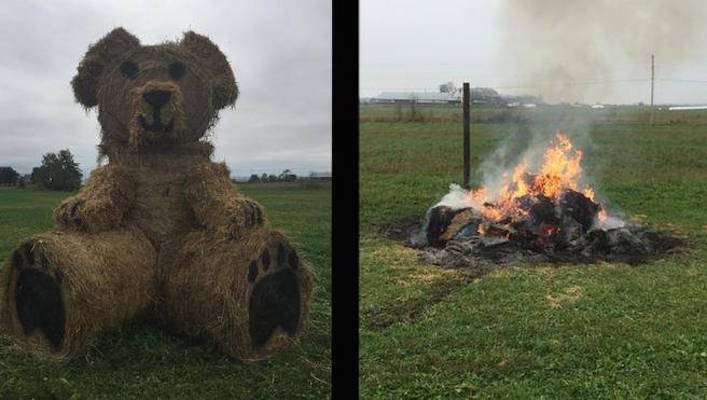 Community Design Advisory Committee (Wednesday, 11:30am, City Hall) — the committee is meeting in order to decide when the committee will meet. 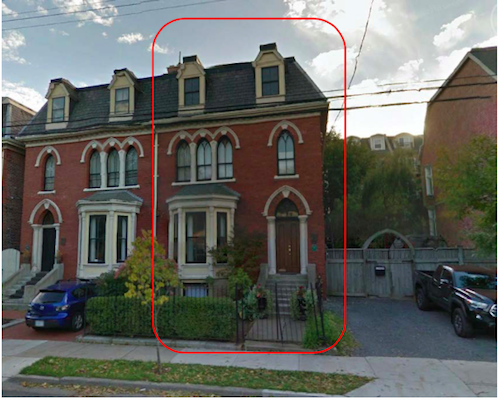 Heritage Advisory Committee (Wednesday, 3pm, City Hall) — the committee will discuss a proposed $7,233 grant to the owners of the West-Buley House at 2146 Brunswick Street in order to approve the building’s roof — the house is attached to 2140 Brunswick Street, which has already received a similar grant, and it makes little sense to repair one roof and not the other.

The house, explains the staff report:

is valued as it is a rare example, in Nova Scotia, of the Gothic Revival style in brick masonry for terrace housing. It is also valued because of its importance to the heritage character of Brunswick Street. 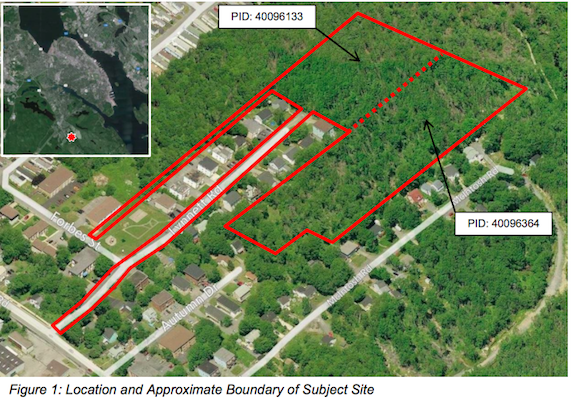 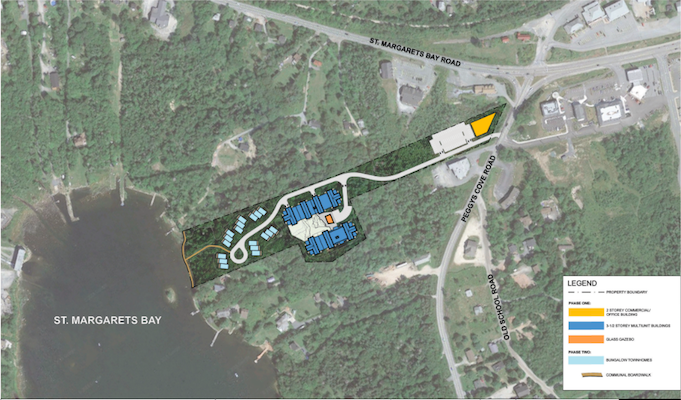 Zombie Ion Channels (Wednesday, 4pm, Theatre A, Sir Charles Tupper Medical Building) — Corrie daCosta from the University of Ottawa will speak on “Zombie Ion Channels: Why Can’t the Undead and the Living Get Along?” 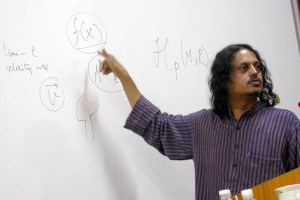 Creating a Rational Public (Wednesday, 7pm, Alumni Hall, University of King’s College) — Sundar Sarukkai from the National Institute of Advanced Studies, Bangalore, will speak on “Science and the Rationality of the Social.”

Eukaryotes (Thursday, 9:30am, Room 140, CHEB Building) — Marie-Claire Arrieta, from the University of Calgary, will speak on “Gut Microbial Eukaryotes: A Missing Link in Microbiome Studies.”

Suppose you have a student who, in your opinion, has done something that you feel must be addressed. Who do you call? What could happen? What will your role be? Bob Mann, Manager of Discipline and Appeals, talks about Dalhousie’s judicial system and walks through some of the basic “do’s and don’ts” of being involved in disciplinary matters involving students. 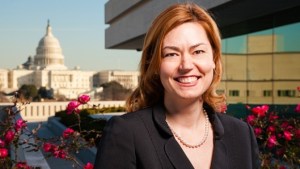 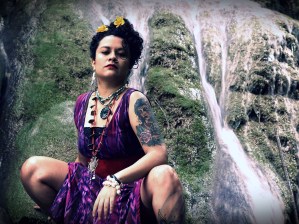 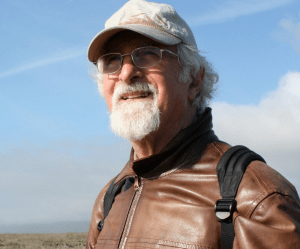 Over the Line: A Conversation About Race, Place and the Environment (Thursday, 7pm, Ondaatje Hall, Marion McCain Building) — Robert Bullard from Texas Southern University will speak at the first part of this two-part public and academic symposium. Register here.

I have an early morning reporting assignment tomorrow, so Erica Butler will be filling in for Morning File.