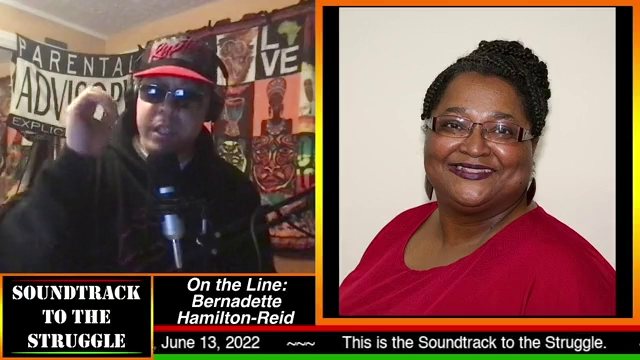 Bernadette Hamilton-Reid describes herself as a lifelong community advocate for issues in the African Nova Scotian community. She currently works as the administrative assistant for the African Nova Scotian Decade for People of African Descent Coalition — ANSDPAD or DPAD for short. On Monday, Hamilton-Reid was a guest on the Soundtrack to the Struggle (a call-in show I host from time to time on Facebook Live) where she talked about her career, Black economics, and Black community heroes and influences on her life.

Hamilton-Reid can often be seen at Black events throughout the community. Over the last few years, she’s used vlogging and live-streaming at events to help keep the Black community connected. She live-streamed the Emancipation Day parade in Halifax last year.

“There are so many people that are shut in or don’t have the ability to go out and do what I do,” she said, “because they don’t have the flexibility. They may be raising a young family.”

“And the comments I get from people are really overwhelming. They say, ‘I’m so glad you were there,’ ‘I couldn’t get out,’ ‘I loved watching it.’ And even some people will say, ‘I’m sitting on the couch doing nothing,’ so they put their clothes on, come out, and join the event.” 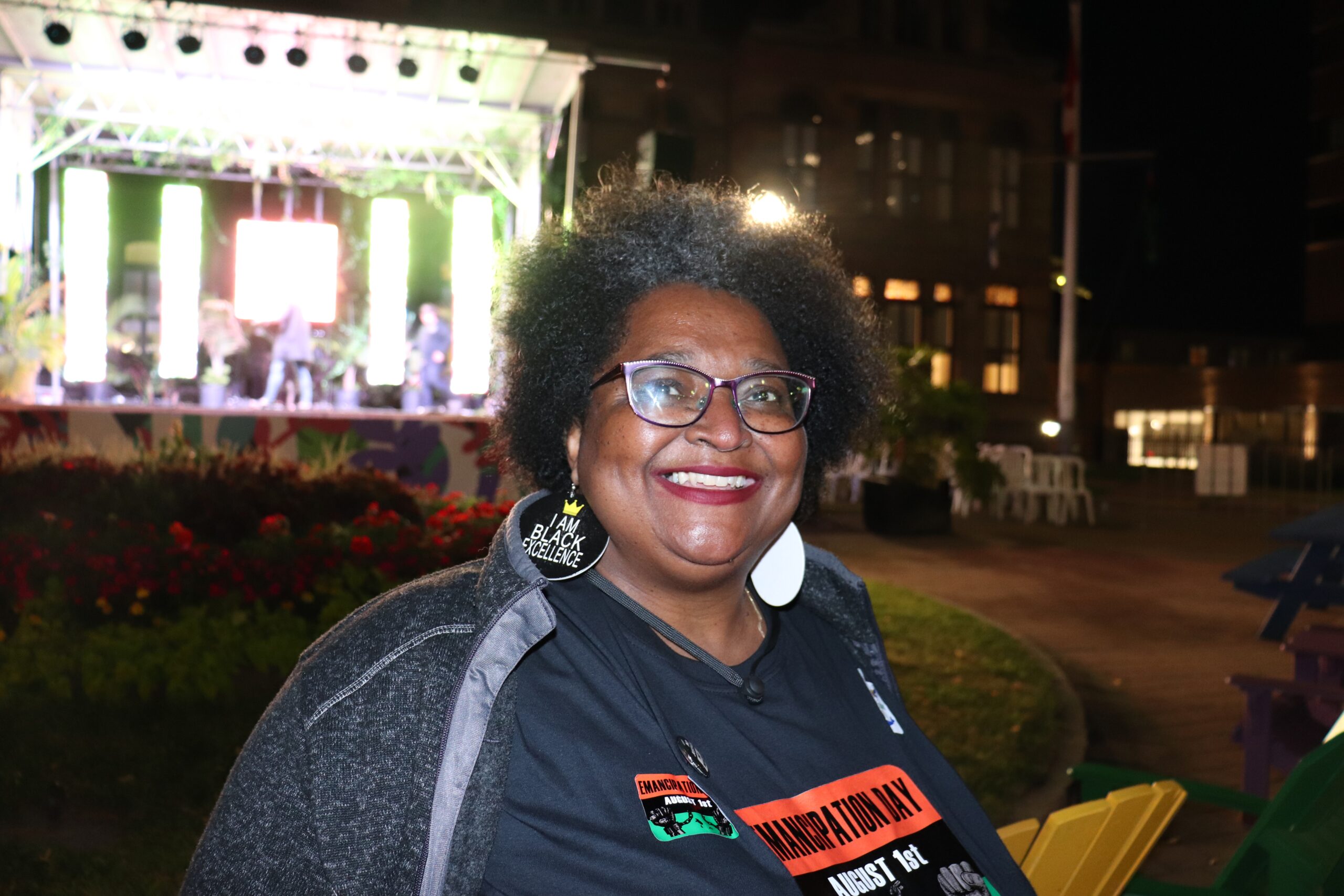 She said she tries to make a point to attend and share events at the Black Cultural Centre, the North Branch Library on Gottingen Street, church events, government announcements, and different award presentations, particularly ones celebrating Black youth achievements.

“And a lot of times we don’t show up, as Black people,” she said. “There are always non-Blacks in the crowd who are supporting our people. I find it very important for us to show up and to show that we love our culture and our children as much as anybody else. When I get a chance to go out and invite other people, then it shows we are a together-community.”

Hamilton-Reid is from the Black community of Beechville and has family roots in Cherry Brook, Lake Loon, and North Preston. After graduating from the former Sir John A. Macdonald High School, she attended Dalhousie University where she studied for two years in the bachelor of commerce program.

She said she’s now an “empty-nester” after raising two children. She served on school advisory councils and was the African Nova Scotian school board representative on the former Halifax Regional School Board. In March 2019, she joined DPAD in her current role.

“I love the work that DPAD does because it gives a strong voice to African Nova Scotians for advocacy,” she said. “Being a strong Christian woman I feel that is where God has ordered my steps to be a voice and to support my colleagues in whatever way I can through DPAD. It’s been a blessing to be there.”

She pointed to DPAD’s notable achievements, including its work in drawing attention to the racial disproportion in police street checks, which ultimately resulted in the practice being banned in the province. The province also awarded ANSDPAD $4.3 million to open an African Nova Scotian Justice Institute.

She honed in on the statistic that Black Nova Scotians make up a mere 3% of the province’s population compared to 16% of the prisoner population as evidence of the need and significance of such initiatives. 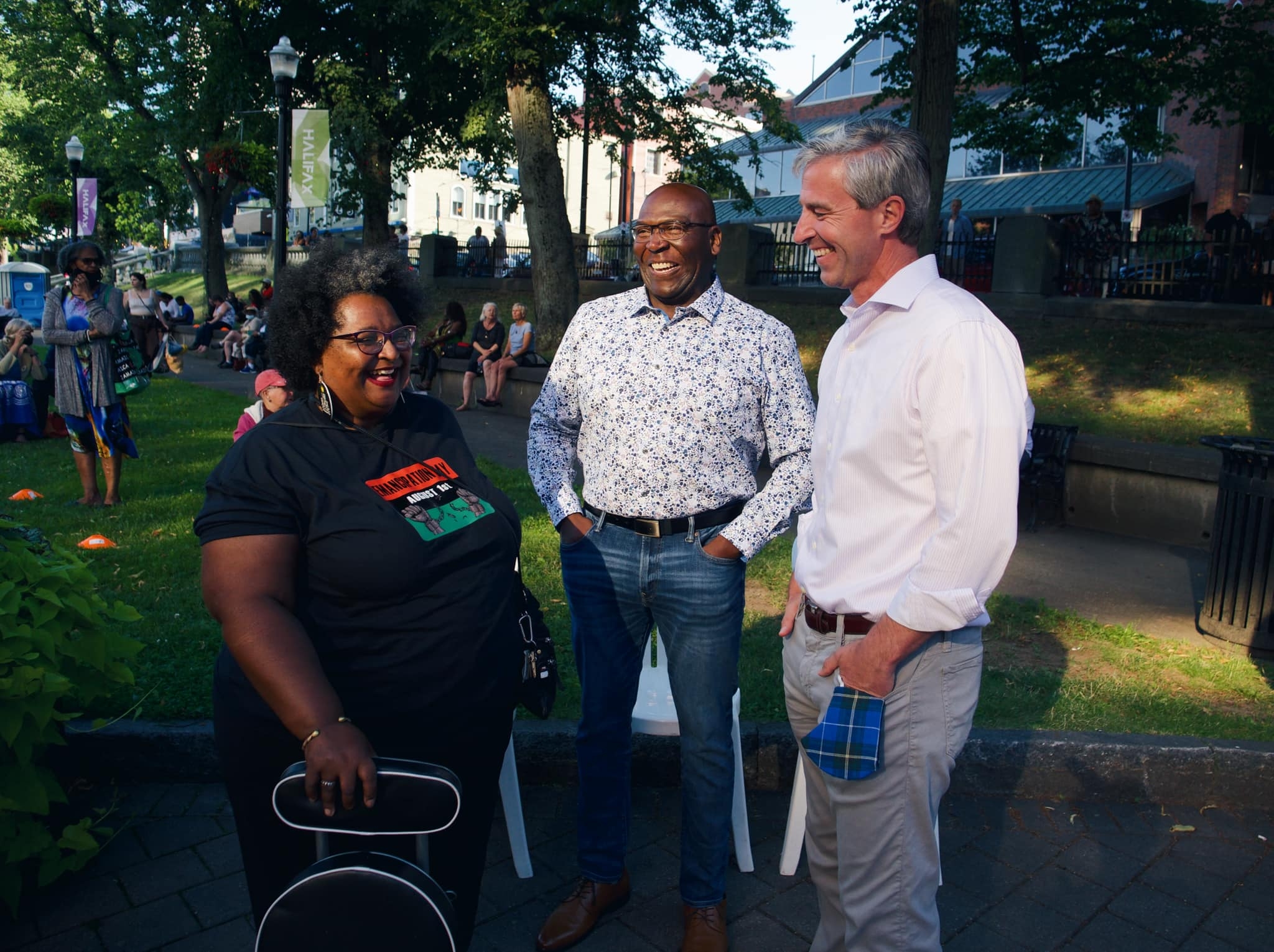 Hamilton-Reid said she believes in spending money in Black communities.

“I try to make sure my dollar goes throughout the community at least seven times before I have to outsource it to, say, Walmart or Sobeys,” she said.

After she’s done her work for the day at DPAD, she dedicates her evenings to running her own businesses, Sankofa African Gifts, and a bookkeeping business where she helps other Black businesses.

“I have dashikis, earrings, clothing, and children’s books,” she said. “Everything that you can find that is Eurocentric I try to produce in the Afrocentric so we can have our own products, and so that our children can be proud of carrying a Black doll, giving our parents a Black greeting card, or having a Black calendar hanging on your wall.”

“I’ve been able to help a lot of entrepreneurs get their books in order, file their taxes, and be successful. I help them leverage some of these grants and some of the money they are missing out on. Bookkeeping has always been a passion of mine for 25-plus years.”

These are our heroes

Hamilton-Reid talked about the Black role models and influences in her life, including the late William P. Oliver, who helped found the Black Cultural Centre, Oliver’s late wife, Perline, and the couple’s work throughout various Black churches in the province. She also gave credit to her sister, Dr. Barb Hamilton-Hinch. 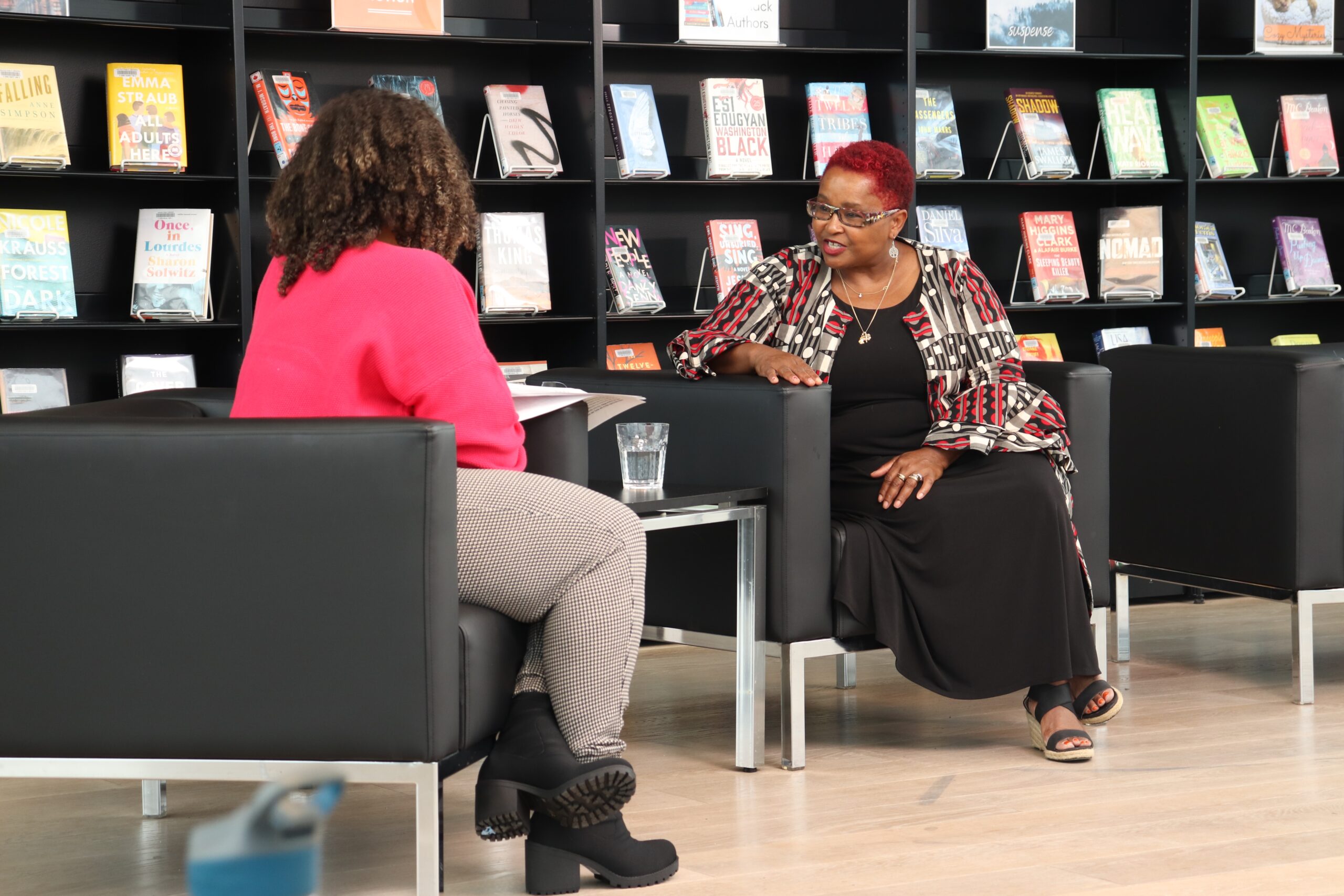 Barb Hamilton-Hinch is a guest on ‘Our Stories Our Experiences with Rajean Willis’. Photo: Matthew Byard

During the interview, a number of viewers left comments about Hamilton-Reid’s advocacy.

“You are such a great supporter. I appreciate you Bernadette,” wrote Shelley Fashan. “Don’t forget all the love you show The Emerging Lens.”

The Emerging Lens is a Black film festival that Fashan founded along with filmmaker, playwright, actress, and multidisciplinary artist Tara Taylor. Hamilton-Reid gave credit to both women.

“They encouraged me to become a filmmaker,” said Hamilton-Reid, “because they know I show up at everything and they know I always have my camcorder going. I turned 30 years into a two-minute film giving homage to my mom who passed away last year, God rest her soul.”