You are here: Home / Featured / Ben Cowan-Dewar has got the government financing mojo 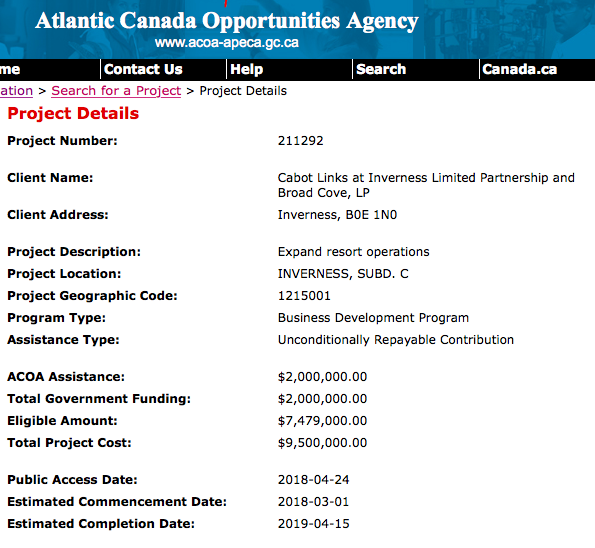 There are no further details, and neither ACOA nor Cabot Links are talking, reports Nancy King for the Cape Breton Post.

I’d like to see an honest economic impact study of Cabot Links, but we’ll never get such a thing because economic impact studies are authored by or paid for by promoters of the projects, use unrealistic or unreliable input data and untested multipliers, and never consider the potential impacts of alternative uses for the same public money.

So I’ll just note that Ben Cowan-Dewar has some serious mojo when it comes to accessing government financing. 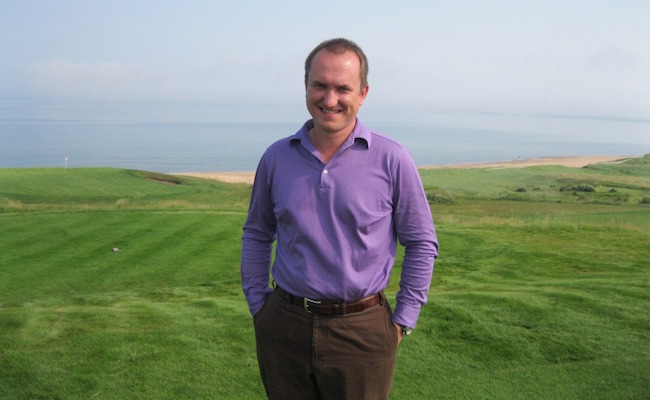 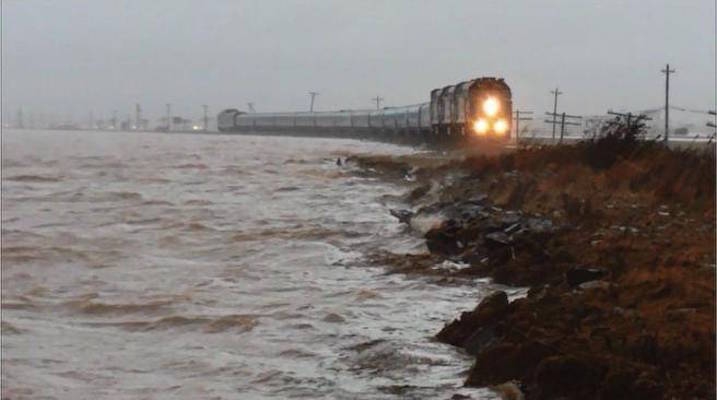 “The federal government is investing $350,000 through the National Trade Corridors Fund for a study that will explore viable options to climate change impacts on the Chignecto Isthmus,” reports Andrea Gunn for the Chronicle Herald, who wins today’s award for best example of blindly adopting the government PR-speak of “investing”:

“In 2007 the United Nations intergovernmental panel on climate change named two places in North America as the most vulnerable (to rising sea levels). One was New Orleans and one was this stretch between Nova Scotia and New Brunswick,” Casey told The Chronicle Herald.

In 2015, Casey said, the water levels in the surrounding Bay of Fundy came within a centimetre of the height of the rail line.

“The rail line was never built to be a breakwater but that’s what it’s doing now.” 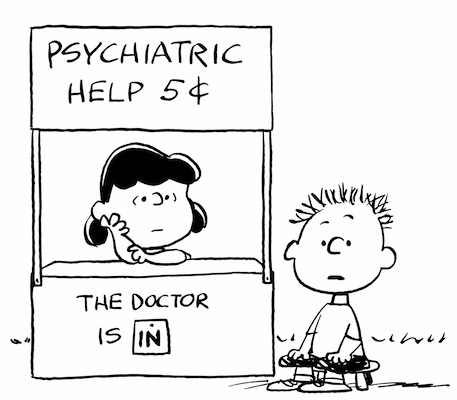 “DHX Media Ltd. said Monday the sale of nearly half of its stake in the Peanuts entertainment business to a Sony Corp. division for $237 million in cash will help reduce the Canadian animation company’s debt load and improve its operating results,” reports David Paddon for the Canadian Press:

The Halifax-based company will retain 41 per cent of the Peanuts empire, which revolves around characters such as Snoopy, Charlie Brown and Lucy Van Pelt, while Sony Music Entertainment (Japan) Inc. will own 39 per cent. The family of creator Charles M. Schulz will continue to own 20 per cent.

DHX bought majority ownership of the Peanuts and Strawberry Shortcake brands last year under a US$345-million deal that significantly increased its revenue but also its debt load.

The Halifax company has been undergoing a strategic review of its options, including a potential sale of the company, as it struggles under the weight of its debt. Earlier this year, the company announced a management shake up, including replacing its chief executive officer and chief financial officer.

Its shares were down 10 per cent Monday morning after the Canadian animation company announced a quarterly loss and said it may not achieve its previously announced guidance for fiscal 2018.

Yesterday, I wrote about the new facial recognition software being used for our drivers’ licence photos, and raised concerns about how the biometric information collected will be used and protected.

Today, Jennifer Lee — a King’s J-school grad who got a job writing PR for Peter Moreira’s Entrevestor, which is paid by governments to non-critically plug local start-ups, and whose “articles” are for some reason published in the news pages of the Chronicle Herald — writes about RetailDeep, which is in the running for some big prize. You can read this link for the deets on the prize, but here’s what caught my attention:

RetailDeep equips stores with facial-recognition software that identifies customers who have digital accounts and tracks what they select from shelves. It automatically bills them for each item before they leave the shop. The system allows small and medium-sized retailers to compete with automated shops being pioneered by such corporate giants as Amazon. It lets consumers purchase things without waiting in line for a cashier and also helps retailers track data on their customers.

The company, which started in Shanghai, China, is expanding its eight-store pilot with Chinese retailer Pocket Noir to include 100 locations across China. It is also piloting locally, testing its AI at the Halifax Seaport Farmers’ Market and several other businesses in the city.

Understand what’s being done here: customers’ biometric information is being held by someone somewhere (we’re not told who or where) and will be used by “small and medium-sized retailers” to do who knows what with. Sure, the big promise, and the value of RetailDeep, is to improve the retail experience (we can argue about the details of that later), but what happens with all this data?

This technology seems to be running far ahead of regulation. There need to be strict legal controls on who can own this data, where it can be stored, and what it can be used for.

In the Government section below, I note that the Halifax & West Community Council will have a public hearing on proposed changes to the development at Gottingen and Bloomfield Streets. You can see the proposal here. A reader tells me there’s substantial neighbourhood opposition:

The community has mobilized as I’ve not seriously seen before about a truly neighbourhood-scale concern. They designed their own (very well-written) survey, and then distributed them. They got 105 responses from people who live within 3-4 blocks of the place. Functionally 100% response rate. Functionally 100% opposition to the application.

Halifax & West Community Council (Tuesday, 6pm, City Hall) — public hearings on that building at the corner of Bloomfield and Gottingen Streets and a rezone affecting a building at 3834 Robie Street, which is at the far north end of Robie Street.

Veterans Affairs (Tuesday, 2pm, One Government Place) — Joëlle Badman, the Education Program Manager of the Roméo Dallaire Child Soldiers Initiative, will speak about “Veteran Trainers to Eradicate the Use of Child Soldiers.”

Public Accounts (Wednesday, 9am, Province House) — Simon d’Entremont, the deputy minister at the Department of Seniors, will be asked about “Nova Scotia’s Action Plan for an Aging Population and Age-friendly Communities Grant” and not about that FOIPOP security failure.

“In this talk we will discuss the Utility-based Regression problem. Utility-based learning problems involve the use of non-uniform preferences when assessing the predictive performance of the models. We describe some important relationships between utility-based learning and other predictive tasks such as standard predictive tasks and the problem of learning from imbalanced domains. We present the challenges raised by utility-based regression tasks, and discuss some possible solutions. In particular, we provide examples of both modeling and pre-processing solutions for these tasks.”

I’m on an early morning reporting assignment, so today’s Morning File is short if not sweet.