You are here: Home / Featured / Assault on democracy: Stephen McNeil is ruling as an autocrat, answerable to no one and beyond question 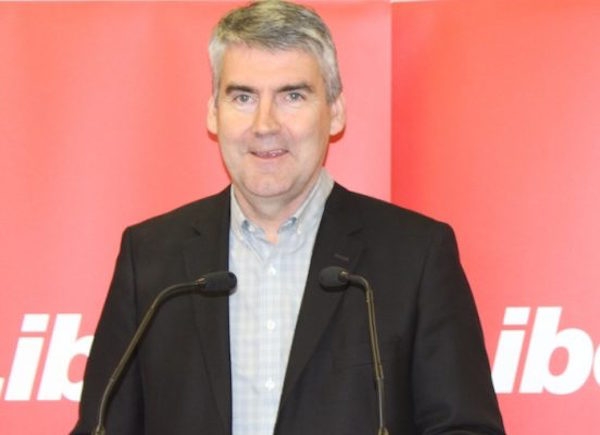 Reports Jean Laroche for the CBC:

The committee at Nova Scotia’s Province House that’s been most effective at holding governments to account and squeezing information out of high-ranking officials will no longer be as freewheeling or topical as it has traditionally been.

The Liberal members on the powerful public accounts committee used their majority Wednesday to change the longstanding practice of allowing all three parties in the House to pick topics and decide who will be called before the committee.

From now on the committee will only deal with topics that stem directly from reports filed by Nova Scotia’s auditor general and only back as far as the report Auditor General Michael Pickup tabled on May 29.

Public Accounts is where opposition parties have been able to call government employees as witnesses and demand answers about issues the government would rather not see the light of day.

Public Accounts brings a degree of accountability that would not otherwise be possible, and it has been structured that way for as long as anyone can remember. Yesterday, former PC candidate Rob Batherson and I were discussing this, and we both agreed that all governments led by all three parties have followed the traditional format of Public Accounts since at least the Savage administration in the 1990s; it wouldn’t surprise me if the tradition started as long ago as Joe Howe’s administration.

Laroche reports that MLA Gordon Wilson is claiming responsibility for the change, but let’s not kid ourselves: such a monumental change to basic governance would not occur unless the premier agreed to it. Likely, it originated with Stephen McNeil.

Wilson and McNeil both used a bunch of mealy-mouthed and, frankly, insulting arguments to justify their power grab. Those arguments can be easily set aside.

Auditor General Michael Pickup does good work, but he has limited staff and resources, and his reports necessarily take time to produce. Public Accounts has allowed elected representatives to demand answers on breaking news stories and on issues Pickup may not have had the time or interest to investigate. Public Accounts has been more immediately responsive to citizen concerns.

There are any number of issues that demand immediate attention, and that may have not been covered to the depth necessary (or at all) by Pickup. Off the top of my head, I can think of the Yarmouth ferry, fracking, the offshore, the unified health board, the Halifax Convention Centre, the Donkin Mine, and the Sydney container pier. These are, necessarily, political issues. Opinions will differ, which is fine, but we cannot have informed public debate about them unless we have complete information, and that comes by placing government officials before the public and having them explain themselves. That’s been the role of Public Accounts.

But no longer. McNeil has now rigged the system such that opposition parties cannot independently call witnesses. McNeil may as well do away with Question Period.

Accountability? It’s to laugh for.

As Stephen McNeil sees it, his Liberal Party won an election and so it is therefore beyond question. Let’s review how McNeil and his government have cast disdain on accountability (this is a working list, and by no means exhaustive):

• Working around public information laws. McNeil admitted he uses the telephone to conduct public business precisely to avoid leaving a paper trail that would allow the public to know what he is up to and how his government operates.

• Downplayed the use of private email accounts to conduct government business and stymied investigation into the practice. As Stephen Kimber notes, as a candidate, McNeil promised that his government would give greater powers to the Information and Privacy Officer, but then when in office refused to allow the Information and Privacy Officer Catherine Tully to interview former Health Minister Leo Glavine about his use of a private email account to conduct government business.

• Refuses to release a report into the death of inmate Clayton Cromwell. Cromwell died of a methadone overdose at the Burnside jail in April 2014, but McNeil’s government refuses to give a report on the death to the Canadian Press.

• Withholding details about bedsores in nursing homes. Jennifer Henderson reports this morning that “efforts to obtain more recent information about the number of bedsores or the scope of the problem in Nova Scotia have been hampered by secrecy.”

These actions go beyond party politics, and have nothing to do with traditional Liberal Party ideals, whatever you may think of them — as noted, past Liberal governments (and NDP and PC governments) did not conduct a wholesale attack on the notion of public accountability to the degree that McNeil has. This is not a political debate over policies and budgets and legislation, of which reasonable people can disagree; rather, this is assault on our democratic principles and processes.

Democracy is about much more than elections. It’s about public participation, which can only occur with an informed citizenry with the necessary access to information about how its government operates. But McNeil is ruling as an autocrat, answerable to no one, and beyond question.

His actions are part of a broader trend in government. McNeil’s Conservative counterpart in Ontario, Doug Ford, argues that even the courts have no jurisdiction over him because he was elected and judges were appointed — a fundamental misunderstanding of our democratic processes.

Here in Nova Scotia, McNeil’s actions will have a profound effect on how the province is governed into the future, but the most immediate effect will probably be at the municipal level.

Stephen McNeil has set the tone for a fundamentally undemocratic form of governance.

Democracy itself is at stake.

This morning, Torstar announced it is beginning its paid subscription model, which will be applied to all its publications, including StarMetro Halifax.

Readers will be allowed up to five free articles per month. After that, subscriptions start at $14.99/month for a one-year commitment or $19.95/monthly without the annual commitment. Either way, the introductory month is 99 cents.

I endorse the move to paid subscriptions. I have already subscribed, and I encourage readers to do the same (after, of course, subscribing first to the Halifax Examiner).

StarMetro Halifax has a tiny newsroom that punches way above its weight, and especially so in covering the day-to-day news. It has become an essential part of the Halifax news scene.

“Like all news outlets in recent years,” writes Torstar CEO John Boynton, “the Toronto Star has been forced to deal with the economic challenges brought on by declining print advertising revenue and a continuing shift in our reader habits from the printed newspaper to digital and mobile devices, including smartphones, computers and tablets.”

That’s exactly right: the advertising-supported business model is dead, and continuing to rely on the dead tree newspaper is foolhardy. As I understand it, Torstar will likely abandon its dead tree newspapers in coming years and the publications will, like the Halifax Examiner, become solely internet-based.

Mourn the dead tree newspaper all you want — I understand its appeal — but don’t insist on it until you can tell me how it can survive financially. The simple fact is it doesn’t work any longer.

Some publications, like the Chronicle Herald, are doubling down with advertising on the dead tree, and the papers are morphing into advertising circulars stuffed with advertorials that insult the intelligence of readers. I feared that the former Metro was taking the same path, and that its annoying front page wraparound ads would infect the entire ethos of the publication; but thankfully, under Torstar, the rebranded StarMetro Halifax is taking the opposite route and betting that it can survive by maintaining standards and concentrating on reporting.

Best of luck to them.

Public Information Meeting – Case 21927 (Thursday, 7pm, Gym, Ocean View Elementary School, Eastern Passage) — application by Gary Edwards, who wants to build some commercial buildings behind the two apartment buildings that have already been approved at 1490 Main Road in Eastern Passage. This is to the left as you’re driving into Eastern Passage, just before the fork in the road.

Sewage Plant Estates Expo (Friday, 12pm, Centre Court, Scotia Square) — see what was produced by the “charrette” all week, and then tell them to blow up the casino and the parking garages.

Getting to the Heart of the Matter: Having Non-defensive Conversations (Thursday, 9am, Room 224, Student Union Building) — “one full-day foundations session and eight weekly half-days of practical applications.” Register here. 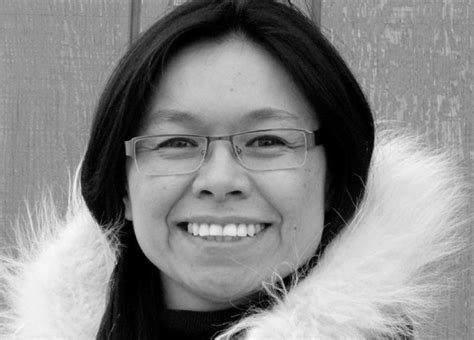 Dentist! (Friday, 3pm, Ondaatje Hall, Marion McCain Building) — Bill MacInnis will  get a Distinguished Services Award and then explain how to get paid to be inhumane.

This talk is about various aspects of the Gauss factorial $N_n!$ which is defined as the product of all positive integers up to $N$ that are relatively prime to $n$. After a brief general discussion, I will present a variety of results which can be seen, roughly speaking, as extensions of Wilson’s theorem.

Of special interest will be the multiplicative order (and specifically order 1) of particular Gauss factorials modulo certain composites. The relevant results involve generalized Fermat numbers and a special and rare type of primes which we call Jacobi primes. Another class of results concerns the relationship between multiplicative orders modulo successive prime powers. These results are based on generalizations of binomial coefficient congruences of Gauss, Jacobi, and of Hudson and Williams.

Terry Anders Memorial Lecture (Friday, 3:30pm, Room P5260, Life Sciences Centre) — Richard Brown will talk about “What have I done in the last 48 years? How coming to Dalhousie as a graduate student shaped my life.”

Ignite: Dal’s Third Century (Friday, 6pm, Halifax Convention Centre) — reception and dinner. For just $149.50 (solo) or $1,495 (for a table of 10; this isn’t Costco, you don’t get a bulk purchase discount), you can listen to a bunch of people prattle on during “an evening of inspiration and discovery”:

Through immersive storytelling with three of our leading researchers, we’ll explore extraordinary perspectives on some of the greatest challenges facing humanity — food security, debilitating diseases and sustainable energy.

Weirdly, none of the event descriptions I have found say who the three speakers are. Maybe it’s the hockey coach, the groundskeeper, and the sadistic dentist above. No offence to the speakers, whoever they are, but the people who would pony up $149 for such an event are exactly the barrier to solving the greatest challenges facing humanity.

Oh, the dress code is business/cocktail with black and gold encouraged.

Doing the Right Thing at Home and Abroad: Why Values Matter (Thursday, 7pm, in the theatre named after a bank in the building named after a grocery store) — Bob Rae, who in addition to being, well, Bob Rae, is also Canada’s Special Envoy to Myanmar, will speak. Info here. 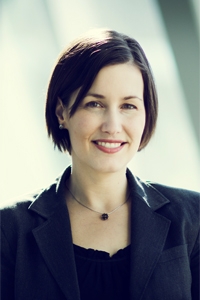 Inviting Engagement with Paradox: How Leaders of Social Enterprises Communicate Complexity (Friday, 11am, Sobey 260) — Natalie Slawinski from Memorial University will talk about the Shorefast Foundation, which is that Fogo Island thing started by Zita Cobb, the gazillionaire who is bringing prosperity forever, amen to the island by teaching formerly poor people how to service the obscenely wealthy.

This is the perfect encapsulation of our age: only obscenely wealthy people can save us.

(Send hate mail to… you know where.) 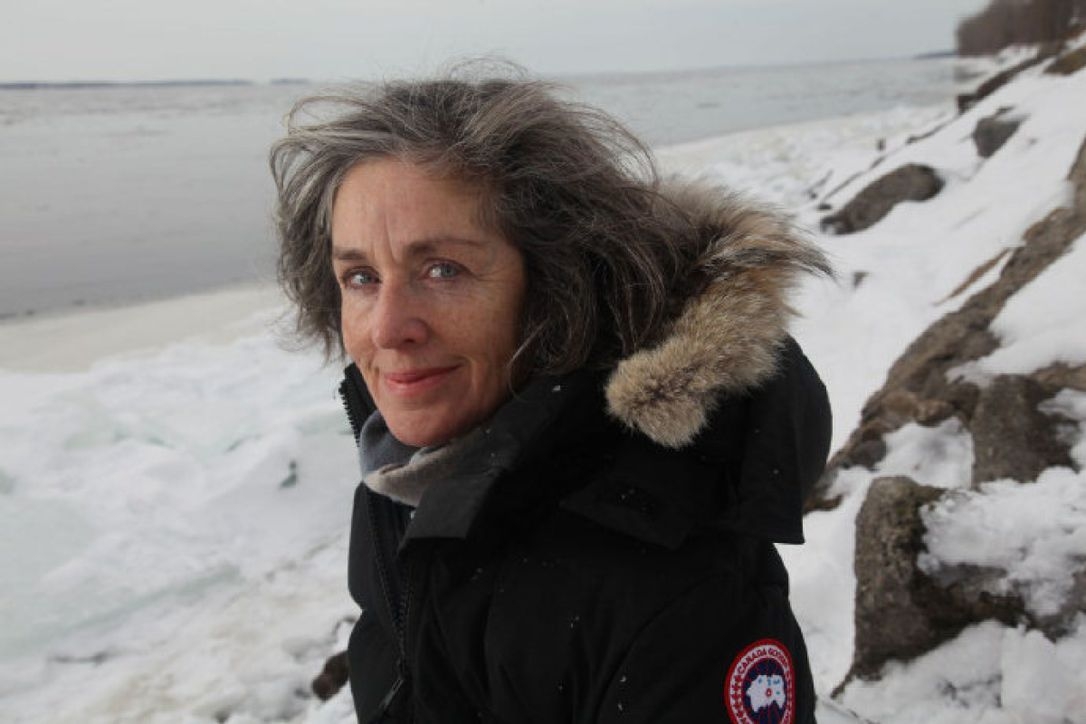 I had other stuff I wanted to write about today, but I took more time with the McNeil piece.