1. The Story of You Guys

Indigenous people: “We should tell history accurately. For example, Cornwallis put a bounty on the heads of Mi’kmaq women and children. Celebrating him as a hero tells a false and biased history that ignores and erases Indigenous people.” 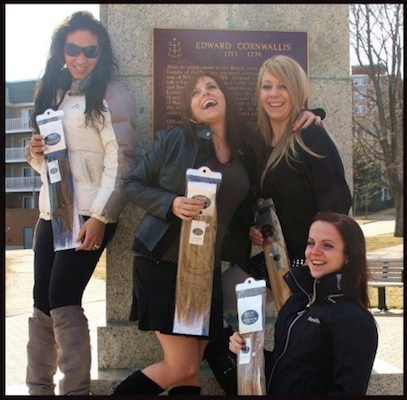 White people in Nova Scotia: “OMG, get over it. That was so long ago. Maybe you should stop whining about stuff that happened hundreds of years ago and clean up your own backyard first. Why should I feel guilty about that.”

Black people: “Black people are consistently erased from history. How can we be accepted as equal human beings when our histories and stories aren’t told and when our presence is erased?” 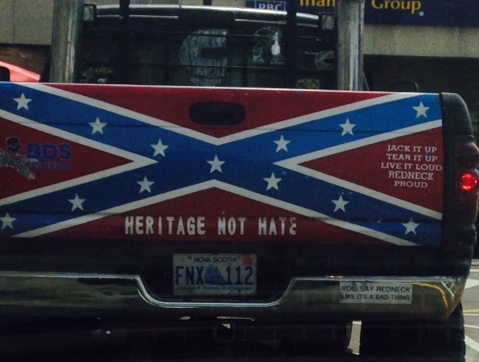 White people in Nova Scotia: “OMG, get over it. Everything has to be so politically correct these days. Why do we even need Black History Month, what about white history? That’s racist. Stop pulling the race card. Maybe stop killing each other first.”

CBC: leaves Annapolis Royal out of TV history episode about which white people dispossessed Indigenous people, appropriated land, and claimed Indigenous territory as their own first. 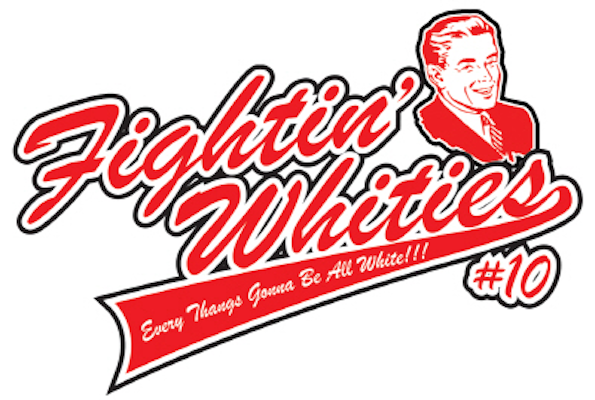 White people in Nova Scotia: “IT’S SO UNFAIR. HOW DARE YOU NOT REPRESENT US. IT’S SHOCKING THAT YOU WOULD ERASE US LIKE THIS. NOT TELLING WHITE PEOPLE’S HISTORY IS THE WORST THING EVER. WE ARE SO OPPRESSED.”

“It is unfortunate that people will try to rewrite history,” complained Premier Stephen McNeil, who claimed to have negotiated in good faith with the teachers and insists cutting the film tax credit benefitted the province. Accuracy is, naturally, incredibly important to the premier, who consistently misrepresents the salaries and benefits of workers in negotiations. 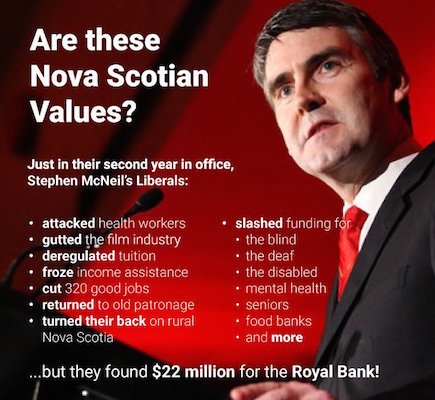 Stephen McNeil: “Hey, if I pander to the outraged white history demographic, maybe people will ignore how I completely screw over unions and the poor and vote for me!” 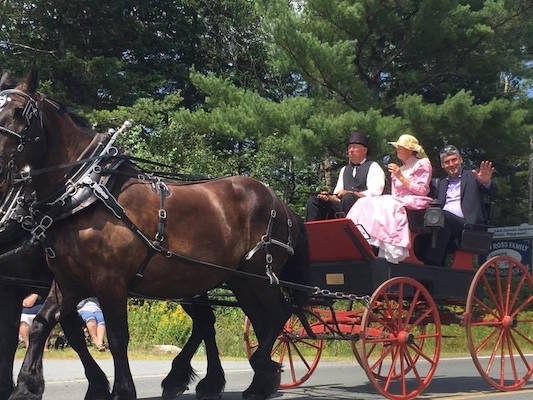 I’m outraged at well. The episode, covering 1608-1759, didn’t even give credit to Annapolis Royal for being the place originating slavery in English Canada in 1710. White people must be completely upset at the erasing of this history of Annapolis Royal. Premier McNeil will of course demand that CBC immediately address the overlooking of Annapolis Royal in Canadian history, such as by including in future episodes the fact that by the 1780s, 18 per cent — 230 out of a population of 1,230 — of Annapolis Royal were enslaved Blacks. 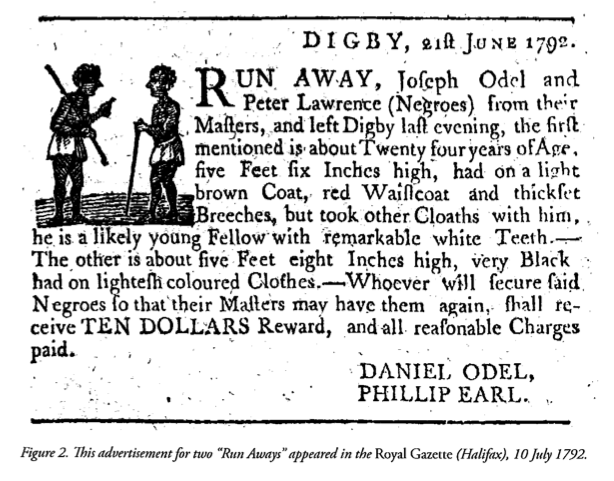 It’s unfortunate that people will try to rewrite history to ignore the presence of slavery in Canada and to create an image of Canada as a place where Black people are only late coming immigrants. By erasing the historical Black presence in Canada, and the anti-Blackness engrained in Canadian history, Canada is able to present itself as a peaceful, progressive, and multicultural nation. 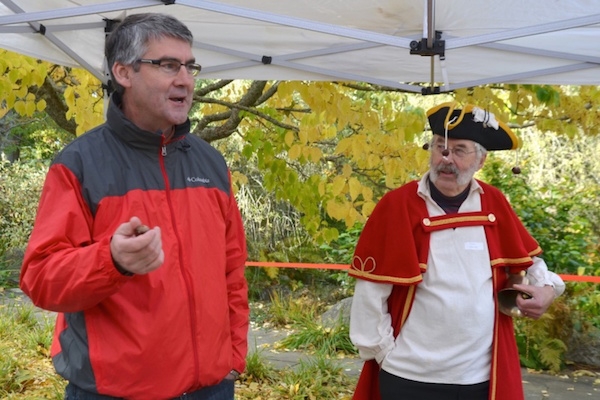 Surely, white people, you wouldn’t want these inaccurate or misleading versions of history to be popularized. You will of course immediately demand that CBC include Annapolis Royal’s significant history of enslavement in episode 1 with the same fervour that you protest being left out as the first white settlement. After all, I know how sensitive you are to the false claims of history!

Well, here I am, about to wade into the most serious and contentious issue in Nova Scotia, an issue of heightened emotion and impassioned rhetoric, one where friendships have been imperilled by heated debate, and one where inflammatory accusations, hurt feelings, and defensive responses abound. 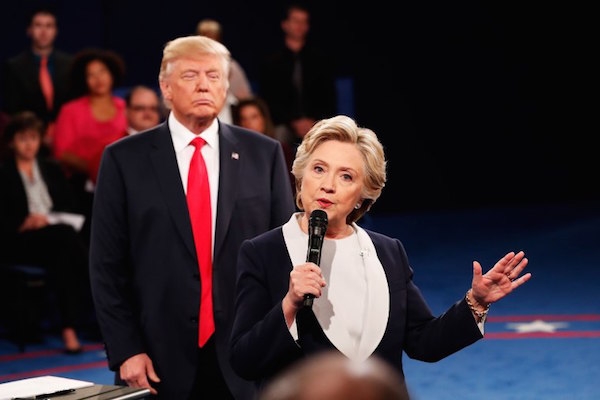 I am talking, of course, about snow days.

Seriously though: fuck the kids.

Oh, don’t act all shocked. You know exactly how it is when you hear there’s a snow storm coming and you think that maybe you won’t have to work tomorrow, and you go to bed with a small spark of the hope adult life habitually crushes out of you in the daily despairing round of mechanical labour and artificial pained social interaction, and as you drift off to sleep you allow yourself to imagine that maybe there’s still good in the world, and that maybe a small unexpected break could renew your faith in the power of miracles. 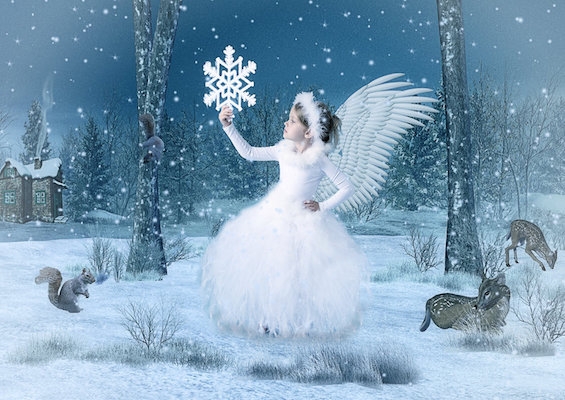 And then you wake up at 6am after another ragged night of restless sleep filled with endless stress dreams about work and paying the bills and the long trail of regret and missed opportunities, and you click hopefully on the weather alert only to see that your workplace is still open. And the weather person intones that you should be careful driving and to make sure you leave even earlier for work, thus further depleting the small remnants of what little leisure time you have been able to claw back for yourself from this grinding, soul crushing wheel that turns us ever onward to our death.

But what’s this? The fucking KIDS have school off again? Seriously: fuck them. These little assholes get spring break and then they get like three more days after that in the next two weeks where they can screw around at home or daycare or the Discovery Centre or whatever the hell else they do?

As you trudge back and forth to the bus to take you to another day of meaningless drone work followed by empty evenings of self medicating with carbohydrates and reality TV, there are the children cavorting in the freshly fallen snow, the sound of their careless laughter cruelly reminding you of the broken dreams of your youth and your vanished potential and opportunity gone now, all gone. 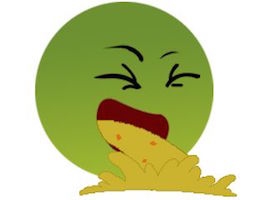 Like, fuck the kids and their snow days. If my adult ass has to be in front of a computer held captive by the ticking clock, they should be forced to also suffer by enforced online schooling. How else will we prepare them for the soulless, life-draining realities of adult life? The only pleasure adults have left in this world is that small flicker of satisfaction of knowing that at least everyone else is as miserable as we are.

Why else do adults viciously argue against pensions, benefits, sick days, or any labour concessions for other people? Idealists might think that we’re all in this together, and that a benefit for one will uplift as all, but adults in reality know the only thing we’re together in is this blinding, meaningless void of boredom and exploitation and so help us, we’re going to take as many people down with us as we can, and we’ll be damned if one person gets even a smidgen of something better. Yes, as Tim Bousquet says, only when we are all poor will we truly be rich in spite (or something.)

So help me God, the only meaning left in this world is making other people’s lives as bleak as possible. And that includes the children. The only thing that keeps me going as I watch the clock crawl towards an endless void is thinking that at least the childrens’ fragile limbs will be forced into restrictive snowsuits, and their tiny feet cruelly encased in unyielding boots will have to struggle through drifts of snow with the icy blasts ravaging their delicate skin as they drag themselves to the regimented rows of desks where they can be held captive, their natural exuberance damped down into conformity. 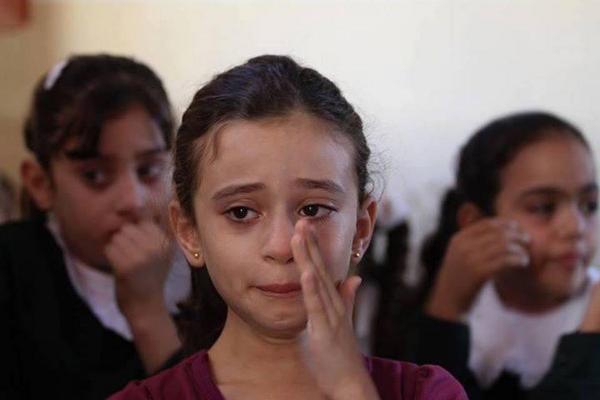 After being nearly drowned by his owners hiking through the rising tides at Burntcoat Head Park, a dog is advertising for a new family. 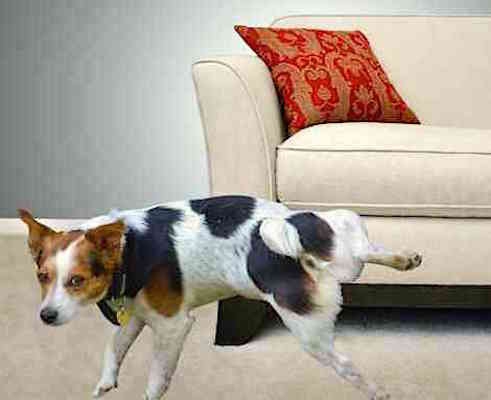 Barkley recounted to the Examiner that he was woken up in the morning by an overly enthusiastic family asking him if he wanted to go “walksies.” Having planned to spend the day sleeping and maybe chasing the cat, Barkley was disgusted.

Nevertheless, the humans persisted, dragging Barkley into the car despite him loudly explaining the obvious dangers of hiking in an area of fast-rising tides. Barkley alleges that these protests were met by the family exclaiming,”Aw, listen to him howling, he’s so excited! Who’s a happy boy, then?”

Arriving at the hiking site, Barkley attempted to point the humans’ attention to the prominent signs warning hikers about the tides. These efforts were received with “Down boy! You know we covered jumping in obedience class. Bad!” 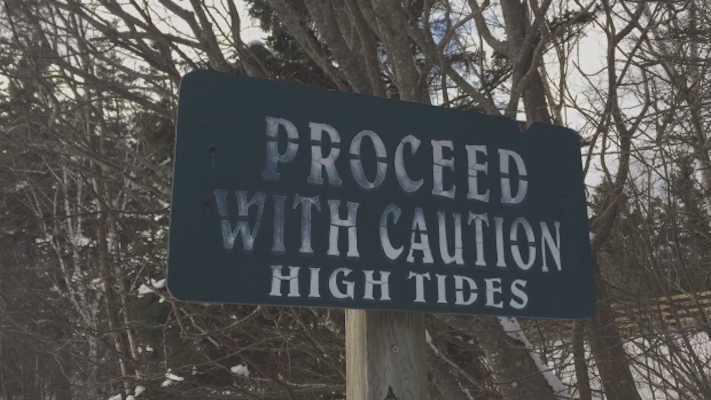 Barkley describes himself as “mortified” by the helicopter rescue, and inquired of the firefighters if he could press charges on his owners for attempted murder. “He’s wagging his tail! Who had himself a nice ride in the helicopter! Did the good doggie?” was the response to Barkley’s request for justice.

Barkley is now seeking asylum with another family. For reasons unexplained to reporters for the Examiner, he has indicated he is not considering another residence with white people. 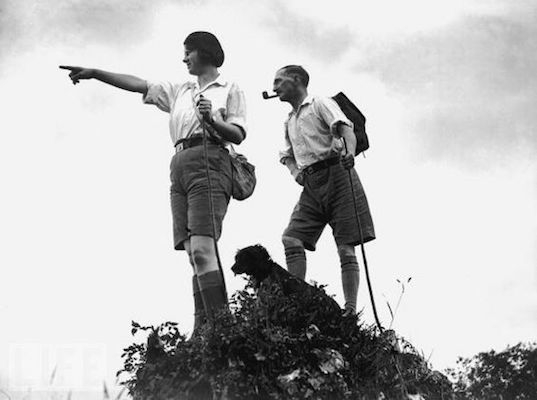 4. April Fool’s Day is the Worst

But this is the state of news in 2015, isn’t it? April Fools’ Day has been clickbaited into ruin. The day April Fools’ died was the day Twitter implemented promoted tweets. With every newspaper slowly morphing into a very bad version of Buzzfeed, this is what constitutes as a headline on April Fools’ Day: “You Will Not Believe What Pot Noodle Has Done Now.” “Hailo Is Launching a New Service Where Some Fucker Will Lift You Up on Their Shoulders and Piggyback You Around.” “Here Are the Ten Best April Fools’ Pranks of 2015.” “Here Are the Ten Worst.” And all of the articles are about just brands pretending they have invented rainbow paint or trailing a new unlikely flavor combination (“New! Egg & Shit-Flavored Walkers!”). April Fools’ Day sliced into lumps of flesh and sold to advertisers by the pound…

…Don’t let brands ruin the fine tradition of April Fools’ Day for you. Shit in your colleague’s desk drawer and reclaim your heritage now—as long as you’re reading this before midday.

HAHAHA, though, wouldn’t it be funny if I was like, “Breaking news, Tim Bousquet signs on to be communications director for Nova Centre!” And then everyone fell for it but it was April Fool’s Day so it wasn’t true! Hilarious.