“Halifax Regional Police has purchased more military issue semi-automatic weapons,” reports the CBC. As an example of why the cops need to carry C8 rifles, the ceeb points to Wednesday’s incident when a (possibly) mentally ill man tired to escape from a burglary scene by paddling a canoe across the Northwest Arm: “Police say the suspect in that case had a sword.”

No, that makes no sense at all.

Immigrant Settlement & Integration Services, ISIS, is going to change its name to avoid an association with the other ISIS, the Islamic State of Iraq and Syria. A new name has yet to be chosen.

The usual parade of Halloween stories: Five Fishermen, City Hall, all of Barrington Street, and I’m sure if you google around you’ll find stories about Citadel Hill, Deadman Island, and your momma’s basement.

Dalhousie has them, and as usual Metro makes the bad puns.

Parker Donham comments on Lucy DeCoutere’s “self-aware account of violent behaviour at Ghomeshi’s hands, so free of artifice, so stark in its contrast to Ghomeshi’s studied attempt at a pre-emptive strike.”

In the Chronicle Herald, King’s College grad Emily Williams puts it like this:

Why don’t more women come forward? Because at every turn, we tell them not to. The desperately low levels of reporting that happen in these cases? That’s on us.

The way we treat the fraction of women who report it when they are harassed or assaulted is the reason that only a fraction of them ever do.

We shame and silence them at every turn, making examples of them for future victims. 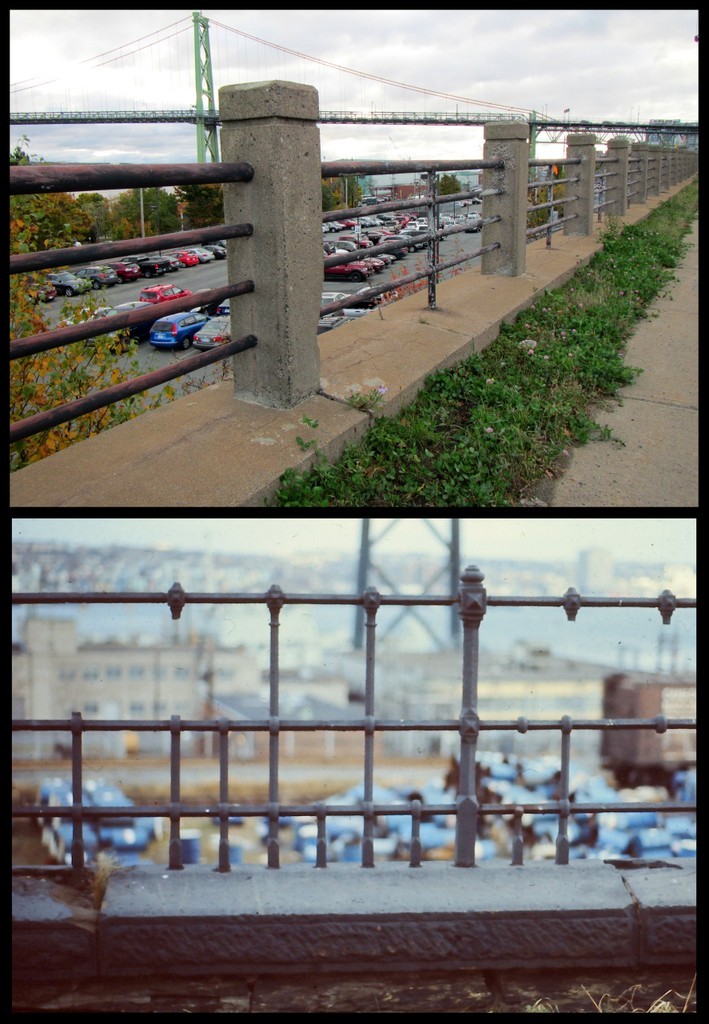 Stephen Archibald strolls down Barrington Street, and notices stuff the rest of us would walk right by. For example, he brings his own long memory to a simple iron railing:

Approaching the bridge there is a concrete and pipe railing that I think of as recent but realize is nearly 40 years old.  I know that because I took a picture of the previous  iron railing about 1975 (lower photograph).  It was a last remaining remnant of the Richmond Train Station.  Sadly it disappeared without a celebration.

Lezlie Lowe misses the Halloween of her youth.

Improving Abortion Access in the Maritimes (12:10pm, Rm 104, Weldon Law Building)—Jula Hughes, from the Faculty of Law at the University of New Brunswick, as the speaker at the Health Law and Policy Seminar. Think I’ll go and see what she has to say.

Dalhousie is getting a Fully Motorized Fluorescence Inverted research Microscope, which is as bad ass as it sounds. One potential vendor for the machine is Lecia, which sells something called the SR GSD #D, a super-resolution system for 3D localization microscopy. The company explains:

Visualizing the precise localization of molecules and structures is crucial for a better understanding of cellular processes. The Leica SR GSD 3D widefield fluorescence microscope utilizes the unique GSDIM (Ground State Depletion followed by Individual Molecule Return) technology complementing the super-resolution methodology developed by Nobel Prize winner Stefan Hell. The Leica SR GSD 3D offers not only 2D, but also 3D super-resolution imaging—with the highest precision, reproducibility and maximum possible resolution in widefield microscopy so far. The Leica SR GSD 3D is based on a fully automated TIRF system. As a multi-functional system, it gives researchers the freedom to tailor the system exactly to their applications in live cell or advanced fluorescence imaging. 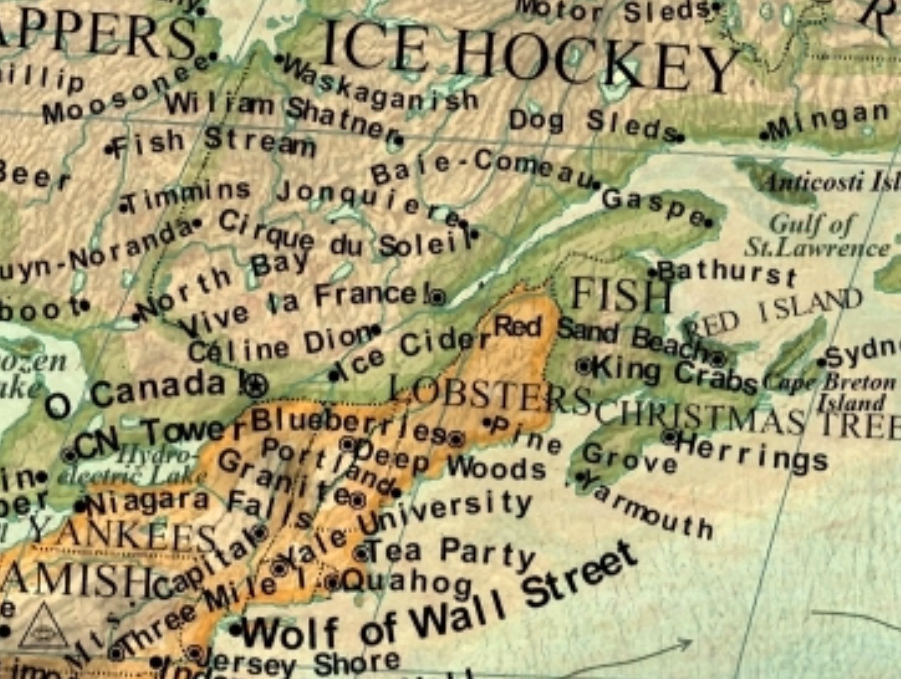 “Slovakian artist Martin Vargic has created a map of the world including 1,800 stereotypes of highlighting the absurdity of people’s views of certain parts of the world,” reports IrishCentral.com. Click here to see the entire thing—it’s a huge file and may take a while to download.