You are here: Home / Black Nova Scotia / Ardel Smith’s career as a helicopter pilot takes him to great heights

Ardel Smith comes from a long history of Black Canadian aircraft pilots. Smith, who grew up in Cole Harbour and has family ties in North Preston, is the first Black aircraft pilot from Nova Scotia to fly helicopters.

“There could have been some since me having my licence, but I think I’m probably the first Black helicopter pilot from the Maritimes, definitely from the Black communities in the province.” 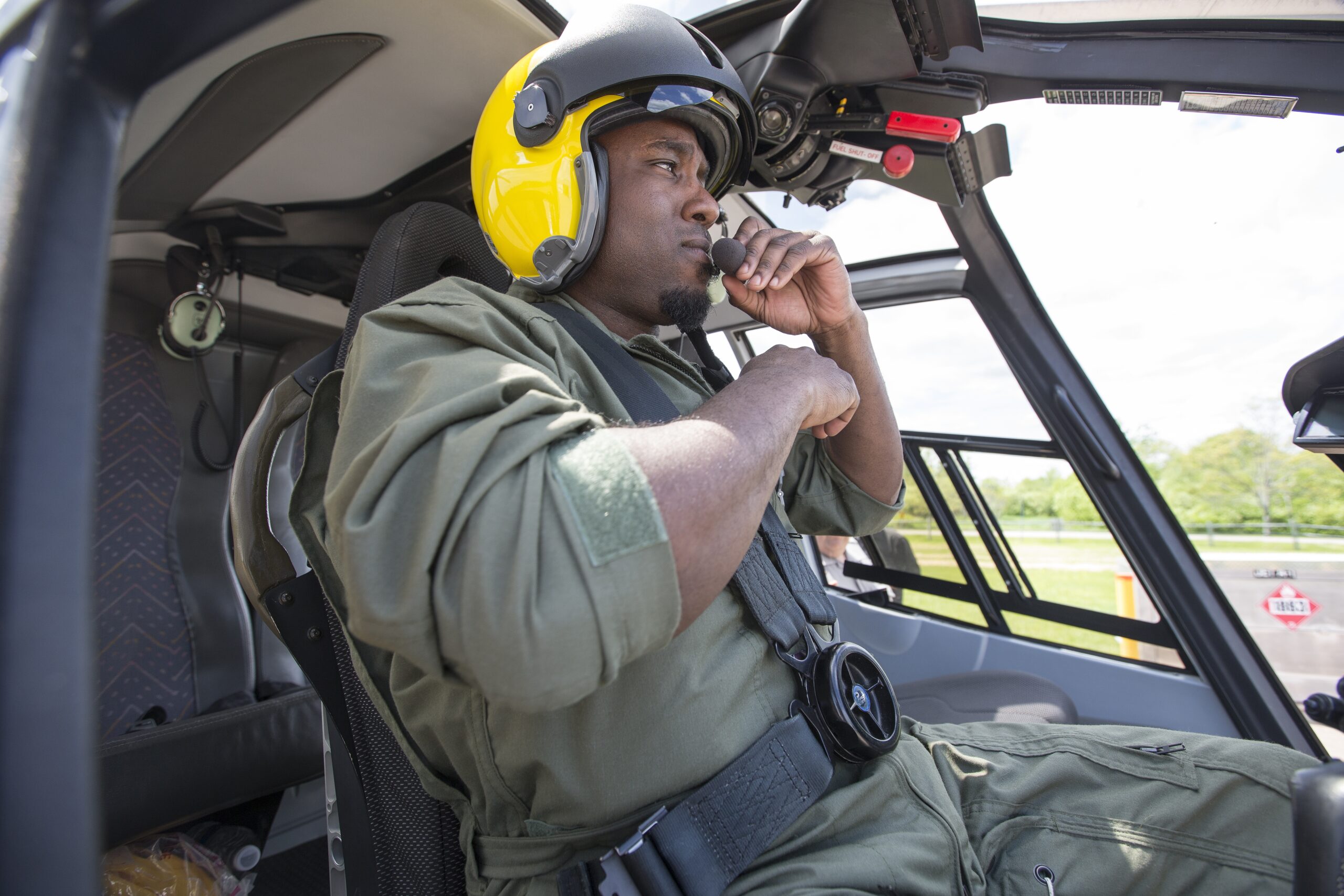 Smith said his interest in airplanes and helicopters started when his father took him to the air shows at Shearwater when he was about four or five years old.

His interest shifted to helicopters after he went on a helicopter ride, first as a kid while on a family vacation to the US, then after taking another helicopter ride during a field trip while a local summer camp.

“And the helicopter ride was all of maybe 10 minutes, not even, but that’s when I knew I wanted to fly helicopters as opposed to airplanes,” Smith said.

Smith attended his first flight school in British Columbia in 1999.

“Back then the internet wasn’t the way it is today, so I got all my information out of some magazines,” he said. “One of these magazines had a directory at the back, which pretty much had every helicopter company in Canada in it. So that’s how I found out about a lot of the flight schools.”

He then went on to enroll at Canadian Helicopters flight school in Buttonville, Ontario. After graduating, Smith was hired by a company called Four Seasons Aviation in Toronto in a non-flying position.

“It was just to help out, wash the helicopters, do all that stuff,” Smith said.

For a few years, Smith spent his time going back and forth to jobs in Toronto and in Nova Scotia, including stints at the Department of Lands and Forestry.

He then accepted a full-time position in Toronto with Four Seasons Aviation, which had a contract with Global News. Part of Smith’s work included flying Global News employees and camera operators over and around Toronto to gather news footage.

“I got a lot of hours and experience flying over Toronto, and ended up flying at night time,” Smith said. “And then from there I went up to Yellowknife.”

In the Northwest Territories, Smith worked for about five years for a company called Great Slave Helicopters. It was there he said he was most able to hone his skills as a helicopter pilot.

“I gained a lot of experience when I was working in Toronto, but I was mostly over the city and a lot of the flying was [in] a controlled environment where there’s controllers telling you what to do, and planes are flying everywhere,” he said. “So you couldn’t just blast around, do whatever you want to do. But once you get up north to the high Arctic, you’re up there by yourself, and you’re it.”

“Weather is horrible. Weather reports are, you know, not as accurate as down here in big urban areas where you can just go log on to a website and watch radars and watch weather patterns. Up there, there’s weather [reports], but it’s not 100% accurate.”

“Everything’s just so unforgiving up there. It’s literally like no man’s land up there. And if you’re not careful, up there will literally eat you up and spit you out and not look back.” 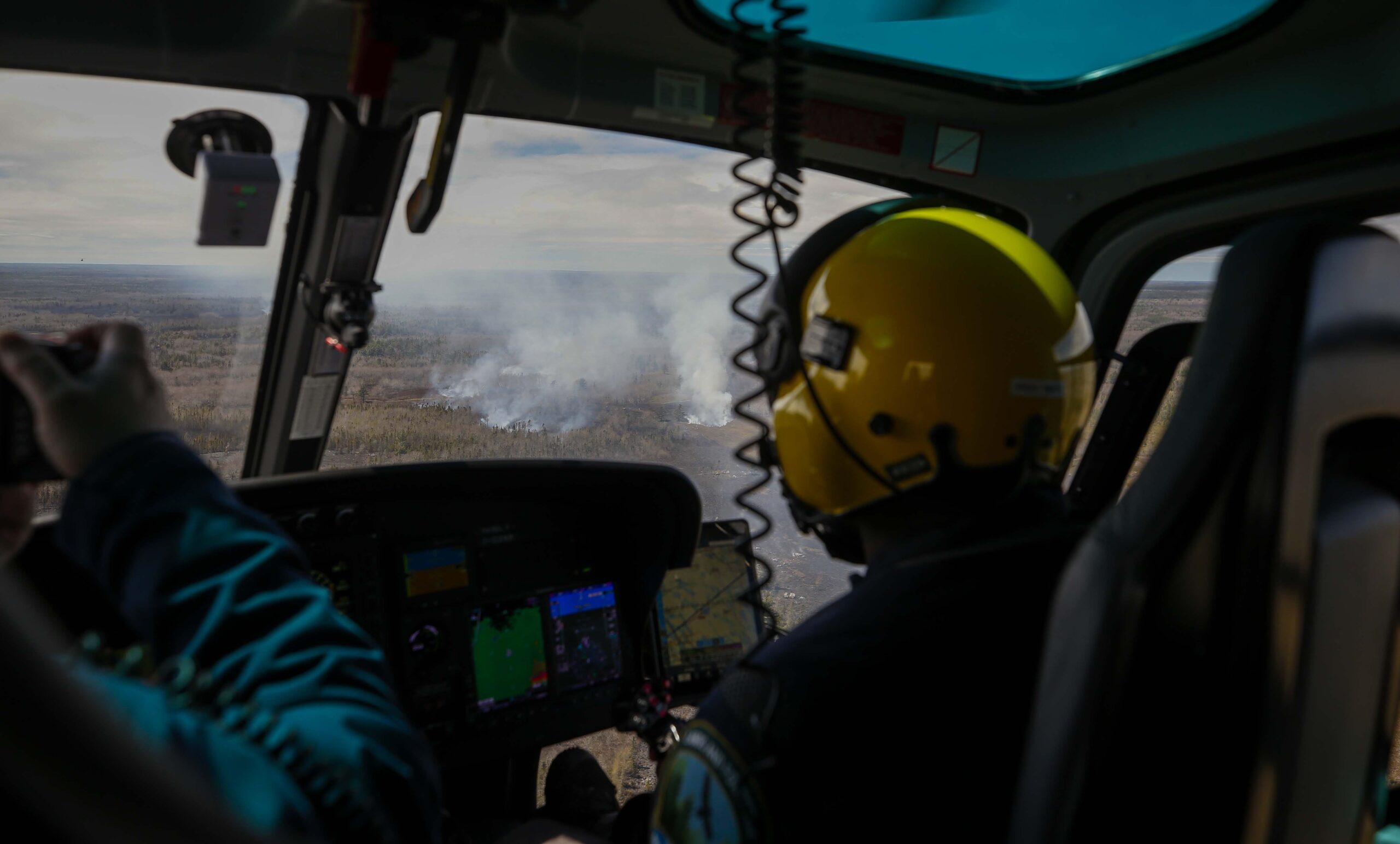 Eleven years ago this summer, Smith moved home and accepted a full-time position with the Department of Lands and Forestry (now the Department of Natural Resources and Renewables). He currently works out of East Hants.

Through his work, Smith said he takes part in a number of youth outreach events and career days at schools throughout HRM, including Bell Park Elementary in East Preston and Nelson Whynder Elementary in North Preston.

Most of the students at Nelson Whynder are Black. Alicia Kibwaa, who teaches at the school, recalled one of the career days Smith attended where he did sessions with each class from grades primary to six.

“He talked about his journey as a pilot and encouraged students to follow their dreams. He landed the helicopter in the field near the school and students were given the opportunity to explore the aircraft. I recall the students being super excited. The event, especially his role in it, was talked about for a very long time after.” 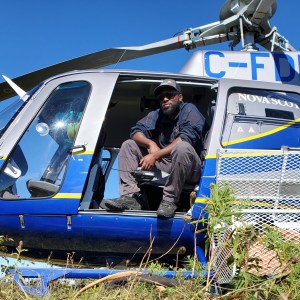 In his current role, Smith’s work includes everything from wildlife surveys, forest surveys, searching for missing people, forest fire suppression, and coordinating and collaborating with law enforcement and emergency services.

“We’re what we call initial attack, so we’re pretty much first on scene in a forest fire,” Smith said. “And if it’s raging out of control, or there’s homes or structures at stake, then we pretty much, the province, will throw everything they have at it to stop it.”

“And then also, any type of search and rescue operation within the province. Nothing out over the ocean, but all inland stuff we’re the primary phone call. So, if anybody goes missing in the woods or along the shores or anything like that, from Yarmouth, all the way up to Cape Breton, we’re one of the primary air assets that they call.” 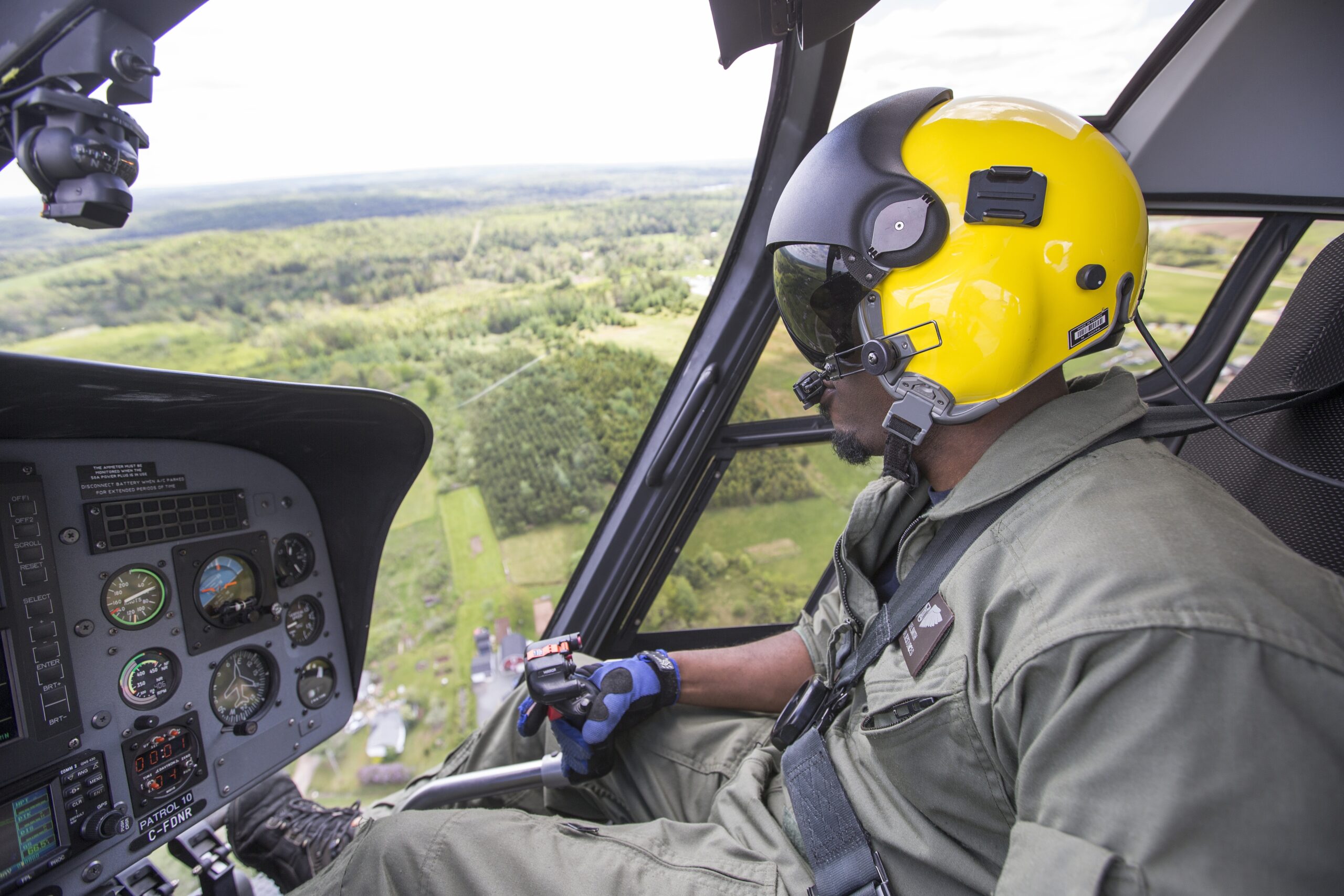