Though from the opening whistle, Vince Williams, along with twins Andre and Anthony Williams, all of whom have family roots in Africville, were the first Black officials to officiate a high school provincial championship game in Nova Scotia. Vince Williams served as head official. 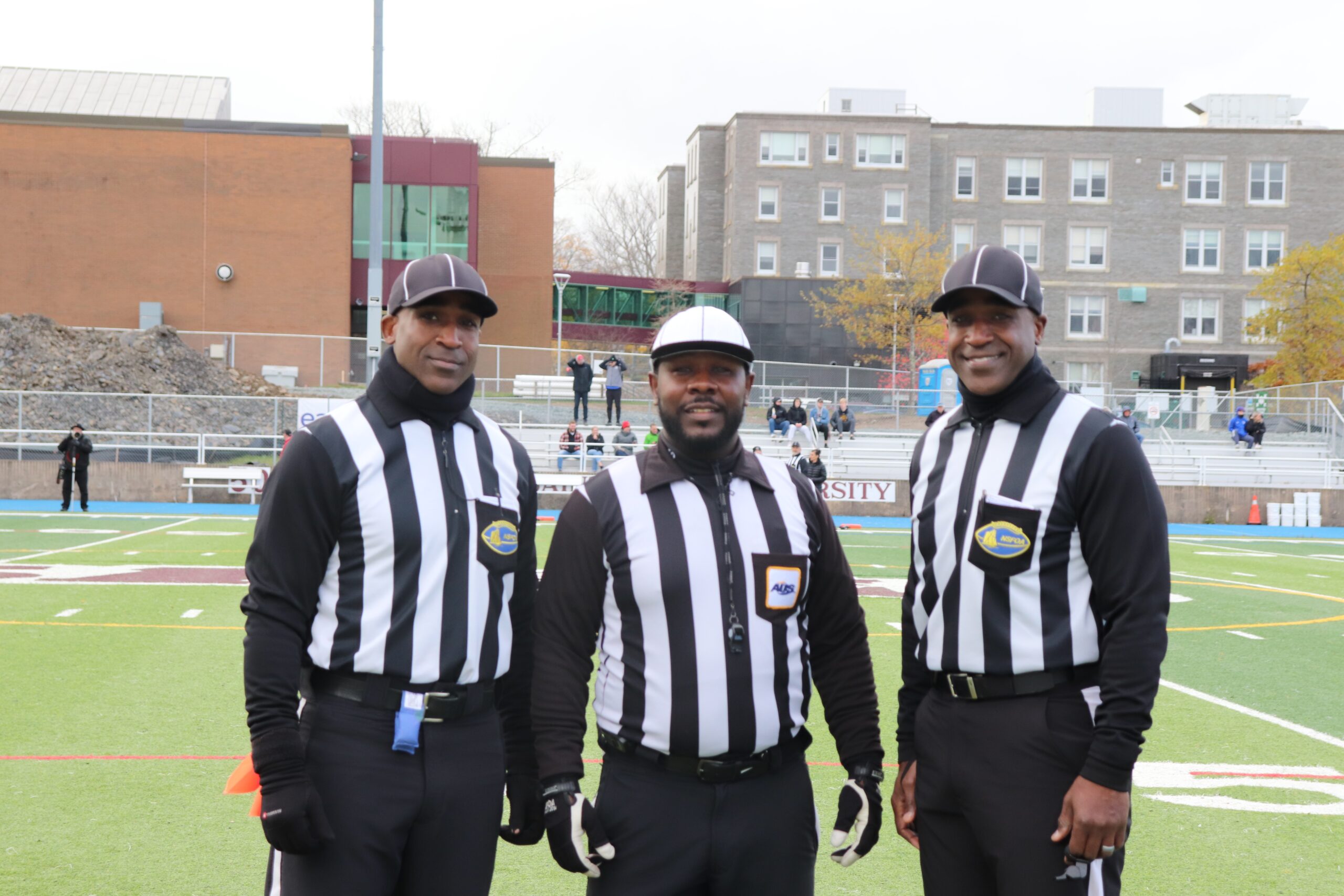 Williams, who also works as a freelance sports broadcast journalist, said it was a 2006 CFL post-game interview that first sparked his interest in becoming a football official.

“I watched a post-game interview from an African American by the name of Arland Bruce III, who basically complained about officiating in this country, especially in his league, the CFL, where he didn’t see diversity,” said  Williams. “He didn’t see any officials that looked like him, who were African American or of African descent.”

Williams said it stood out to Bruce because in the US, where Bruce is from, he was used to seeing Black officials on the football field. Williams wondered how he could get involved in officiating. So, in 2009 he joined the Nova Scotia Football Officials Association.

“And the first thing they asked me was ‘Why do you wanna be an official?'” Williams recalled. “And I said to them, ‘Because I want to be the first Black or African descent official to officiate in the CFL. Can you help me?’ [That’s] exactly what I said.”

“I wanted to get back to football as it’s been part of my life for a very long time. Since I was seven-years-old I been playing football; minor football, then high school football, then university football, and then professional football in the arena football league in the United States.”

Locally, Williams said he played minor football for the Halifax Argos, high school football for St. Pat’s, and for Saint Mary’s at the university level.

““He’s probably the most experienced Black referee that we have,” said Cecil Wright, an African Nova Scotian sports commentator, ahead of calling the action that day for Eastlink TV. “The other two Williams brothers don’t have as much experience, but they’re very good. Very good referees, they both know the game of football inside and out having both played here at Saint Mary’s and won a national. So you can never question their football knowledge.”

Dion Thomas-Hodges, who is from East Preston, said he took over as head coach of the Auburn Eagles four years ago. Though Auburn first opened in the 90s, the football team is less than a decade old. This was their first trip to the provincial championship. A win would make Thomas-Hodges the first Black head coach to win a high school provincial championship in Nova Scotia. 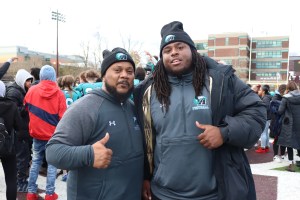 Last year’s season was cancelled due to COVID. Though Auburn’s opponents, Bay View, had won a championship in 2013, Citadel High has won all other 11 championships dating back to 2008. This year, Auburn was undefeated in the 2021 season heading into their first championship game in history.

“The season’s been great man,” said Thomas-Hodges as the teams warmed up prior to kickoff. “We’ve had a dominant season. We’ve dominated everybody we’ve taken the field against, including these guys (Bay View) twice, so we’re looking to do it for a third time.”

Wright said football is the sport that brings together the entire school population in terms of energy and enthusiasm.

“I’m proud of Dion, and whether they win or lose, I think it’s a significant step,” Wright said. “And there’s a whole lot of Black coaches on his staff.”

Auburn’s principal Karen Hudson was also in attendance and spoke to The Examiner as things got underway.

“I just want people to go there, have fun, play football, enjoy themselves, and that we respect the rules of the referees,” she said. 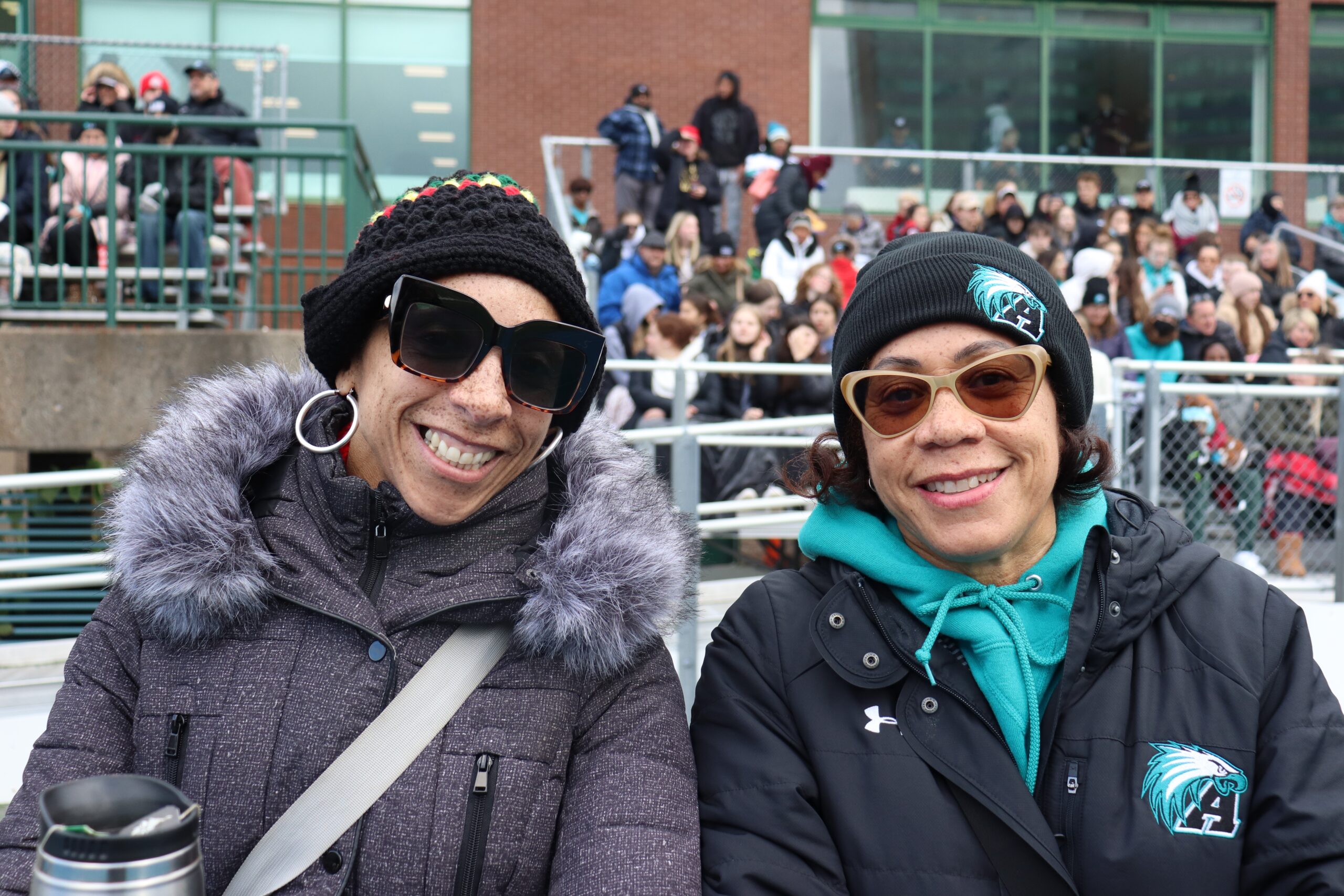 Despite a dominant season, the first half of Sunday’s game was low scoring as Auburn lead 8-to-6 heading into halftime.

“We just got to buckle down and handle our business, come out here, and take this thing,” Thomas-Hodges said before heading into the locker room.

The second half saw several lead changes and a tense moment when one of Auburn’s players went down before eventually getting up and walking off. Eventually, Auburn climbed back and led 30-to-20 as the clock wound down, and they went on to win their first provincial championship.

“I’ve never had a doubt,” said Thomas-Hodges after the award ceremony and posing in a team photo op. “I trust my guys to buckle down, they understood the assignment. We just had to stay calm on the sideline and make plays.”

“It’s been a blast. First time going undefeated, provincial title. It’s only up from here, man. Can’t wait to run it back next year.” 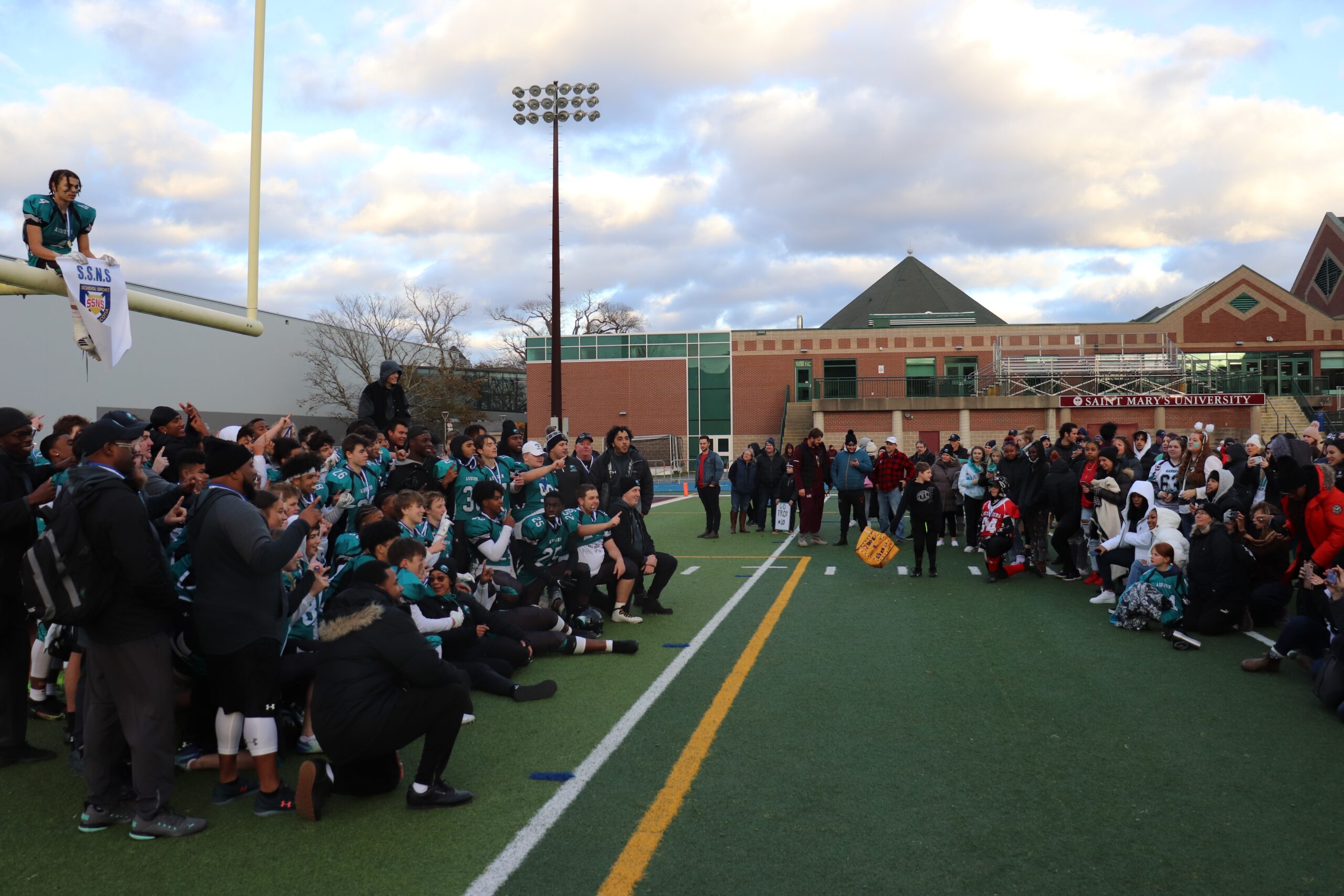 Despite being free of bias and calling the game fairly, later that evening Vince Williams acknowledged a sense of pride in Thomas-Hodges’ accomplishments as a Black championship head coach.

“I am elated, and I am humbled, and I am proud to join the spotlight with him. It’s been a long time coming where, in 2021, to reach this stage where two strong Black men happen to break a scenario in this province and in this country, of great significance,” he said.

“It is something that kids can look at … as a positive where they can use these imageries of two men leading two separate groups — me leading my officiating crew onto the field for the championship game, and he leading his high school football program to a championship. Anything is possible.”