1. Another reporter leaves the Chronicle Herald 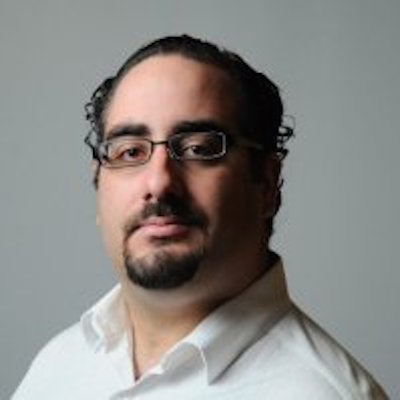 Striking Chronicle Herald reporter Remo Zaccagna announced yesterday on Twitter that he has accepted a job as the communications coordinator at Pier 21.

Zaccagna started as a business reporter at the Chronicle Herald, moved on to sports and then to general assignments. I only met Zaccagna recently, when he started filling in at City Hall for Brett Bundale, who went on parental leave. You never know how a new City Hall reporter will do, but Zaccagna jumped right in, understanding the dynamic and getting the stories right from the start. I was and remain impressed with his professionalism and skills. I was doubly impressed when after the strike started, he still came to City Hall and reported for the union publication Local Xpress, continuing on as if nothing had happened.

Zaccagna’s departure continues the decimation of the Chronicle Herald newsroom. He is the sixth striking newsroom employee to find other employment. He follows: 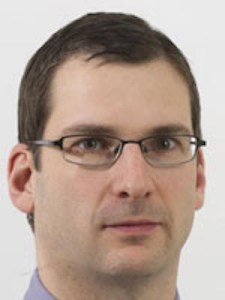 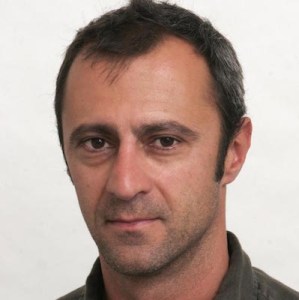 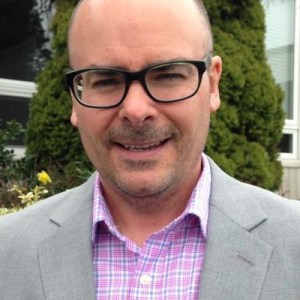 • editor Gordie Sutherland, hired by the CBC briefly but has moved on to other pursuits; 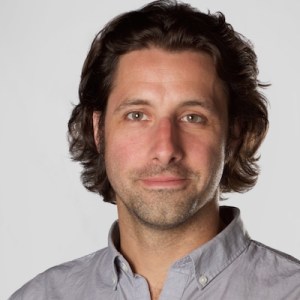 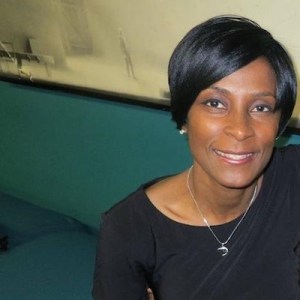 These are among the best reporters in Halifax. They simply cannot be replaced at the Chronicle Herald — not by anyone, and least not by a group of talentless hacks and scabs.

It’s clear that management at the Chronicle Herald has no desire to put out a quality newspaper. The idea seems to be that the readers are too dumb to recognize or otherwise don’t care about decent reporting, and the paper can publish any old crap and people will read it.

And let’s not forget the six reporters above were preceded by several other great reporters (like Selena Ross) who saw the handwriting on the wall and found other jobs before the strike began. Not everyone can leave town, and the CBC seems to go after reporters who are not only talented but also have name recognition. But there are still plenty of talented journalists walking the picket line — and evidently the Chronicle Herald is just waiting for them to trickle away as well.

I see no end to the strike. Some of the remaining strikers will eventually find other jobs, some will retire. The rest will walk the line, collecting strike pay, forever, I guess. It’s a tremendous waste of talent.

“Nova Scotians and Prince Edward Islanders started ten-digit dialling nearly two years ago to accommodate the 782 area code, but so far only about 80 phone numbers use the new code,” reports Melissa Friedman for the CBC.

I’ve must’ve wasted hundreds of hours editing the contacts on my phone to add in the “902,” or dialling a contact only to get the annoying message telling me to use an area code. Multiply that by the million other people in the province, and we have enough wasted time for a new winter holiday.

And think of all the blistered and stressed fingers, punching 10 digits all day long instead of just seven. 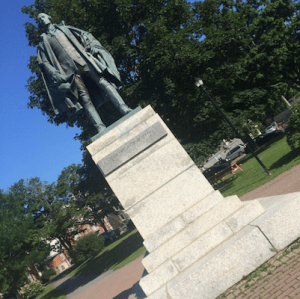 “Sarah Toye feels the monuments in the Halifax area should be more representative of its people,” writes Rebecca Dingwell for Metro:

Toye is the secretary of the Halifax Women’s History Society (HWHS). She recently started a social media series – Halifax Manuments – through the society’s Instagram account.

“We are bothered by the dominance of a single demographic in the public space in Halifax,” Toye said Thursday.

In other words, there’s a lack of monuments for women, Indigenous peoples and other marginalised communities.

On the group’s Instagram page they make clear that:

HWHS is not protesting any of the existing historical monuments in Halifax; we simply wish to highlight the lack of diversity in our city’s public spaces. This photo series is aiming to illustrate just how few of our historical monuments give credit to the many women, people of colour, members of the LGBTQ+ community, the differently abled and other marginalized groups who have made significant contributions to the history of Nova Scotia. They do exist and one of the reasons their historical importance is unknown is precisely because of this lack of public representation.

Worry not. Productivity is increasing, month after month, quarter after quarter, year after year, decade after decade.

But while workers are becoming increasingly productive, their wages aren’t keeping up with that productivity.

Demont looks at our increasing work load and our longer hours and decides that makes us stupid. No, it makes us taken advantage of.

The system is rigged for a tiny elite. Let’s not blame working people for that. 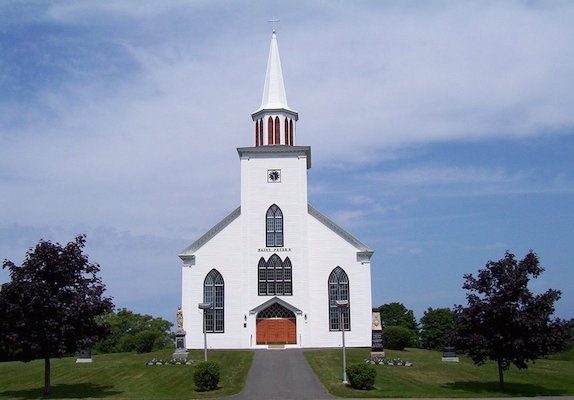 Published in the New Glasgow News:

I am amazed at what you are doing, just because you have a Roman collar does not make you God. You sold our pews, they went out of our church last Tuesday. A transfer truck from Prince Edward Island was at our church when I was on my way home. I’m sorry I did not call our New Glasgow newspaper.

These seats came from Mount St. Bernard Chapel, which our former pastor, Father Bernie, purchased with our hard-earned money. Plus, did our main altar go with the seats? I am sure the late Ken Cameron is turning over in his grave at St. Ann Cemetery. Also, did you take our holy altar book? If you think you’re Christian you better look again. The altar was donated by the late Lena MacNeil, our former parishioner.

We also have two churches in Pictou County, St. Andrew’s in Egerton and Christ the King in Trenton. St. Andrew’s was a beautiful country church until it was struck by lightning coming in on power lines. I saw a parishioner who must have loosened the pews. I was a janitor from 1971 to 2001 and never took a cent for my work. Thinking back, I should have, but church was important to me.

Father Barry, a parishioner was dying and wasn’t given the last rites because he did not attend church. I knew your family since 1962 when I worked in Antigonish.

Father Isadore plus the Augustinian fathers and brothers would not likely think much of what you are doing. Plus who should say a mass at the monastery for good sisters?

I am still a good friend of Father Eugene Tramble who came from Monastery.

I will close by saying I hope St. Peter meets you some day to straighten out your life as a priest. Our parishioners will never forget what you and Bishop Dunn did to us. I know I will take this to my grave. 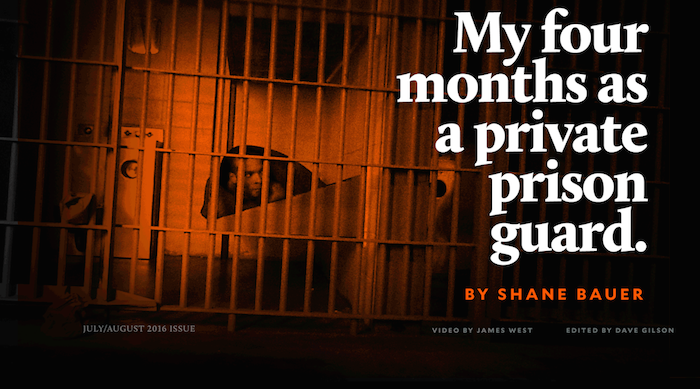 Mother Jones is a progressive magazine that started publishing in San Francisco in the 1970s. It staggered along for a bit, but by early this century it found its footing. I started really paying attention to the magazine when reporter Mac McClelland travelled to New Orleans to cover Hurricane Katrina and its aftermath — her excellent investigations provided a depth of reporting not found elsewhere.

Private prisons have long been an issue for prison reform and human rights activists, and of course for prisoners themselves, but despite their hard work, the issue never got much traction.

Bauer brought impeccable credentials to his reporting — he was a reporter held hostage in Iran, and his subsequent reporting on solitary confinement won accolades and awards. To look at the private prison issue he took the extraordinary step of applying for, and getting, a job as a guard at a private prison in Louisiana. The result was:

35,000 words long, or 5 to 10 times the length of a typical feature, plus charts, graphs, and companion pieces, not to mention six videos and a radio documentary.

It was also big in impact. More than a million people read it, defying everything we’re told about the attention span of online audiences; tens of thousands shared it on social media. The Washington Post, CNN, and NPR’s Weekend Edition picked it up. Montel Williams went on a Twitter tear that ended with him nominating Shane for a Pulitzer Prize (though that’s not quite how it works). People got in touch to tell us about their loved ones’ time in prison or their own experience working as guards. Lawmakers and regulators reached out.

Yesterday, the US Justice Department announced that it is discontinuing the use of private prisons.

This is impactful journalism, journalism that makes a difference and improves people’s lives. Everything journalism should be doing.

Shane’s prison project took more than 18 months. That included four months in the prison and more than a year of additional reporting, fact-checking, video production, and legal review, including work by more than a dozen other people on the MoJo staff. And that was the only way we could have gotten that story: By definition, incarceration is invisible to most people, and that’s doubly true for private prisons. Recordkeeping is spotty, public disclosure is limited, visits are difficult. The only people who can describe what really goes on inside are prisoners, guards, and officials, all of whom have a strong interest in spinning the story. To get at the truth, we had to take time, and go deep.

And we had to take considerable financial risk. Conservatively, counting just the biggest chunks of staff time that went into it, the prison story cost roughly $350,000. The banner ads that appeared on the article brought in $5,000, give or take. Had we been really in your face with ads, we could have doubled or tripled that figure—but it would have been a pain for you, and still only a drop in the bucket for us.

Clearly, that kind of investigative reporting cannot be sustained through advertising, and so Mother Jones is embarking on a subscription drive, noting that if “we can find just 2,000 readers who value our reporting enough to each pitch in $15 a month, we’ll generate $30,000 in new monthly revenue, or $360,000 over the course of the next 12 months. That’s enough to fund a big project like Shane’s — every single year.”

It’s a gamble on Mother Jones’ part, but as Paul McLeod and I discuss in today’s Examineradio (published here later today), the future of journalism must depend on readers and listeners paying for it. Advertising doesn’t pay the bills any more, so it’s dependent upon you and me. That’s how Mother Jones will continue to exist, and that’s how the Halifax Examiner will continue to exist. 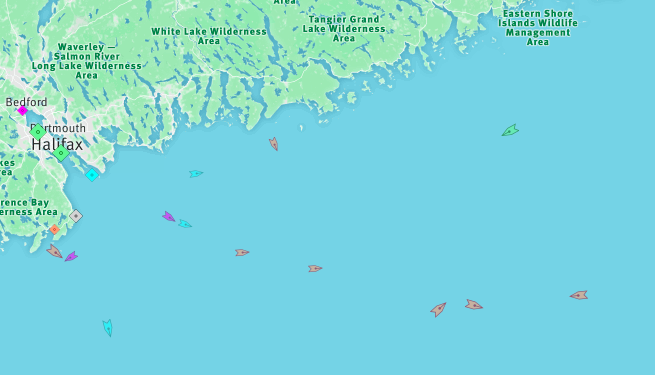 The approach to Halifax Harbour, 9:05am Friday. Map: marinetraffic.com

Planning a vacation is a lot of work.