You are here: Home / Featured / Another man in Nova Scotia has died from COVID-19; 32 new cases announced on Tuesday, September 28

A man in his 70s has died from COVID-19. He lived in Nova Scotia Health’s Northern Zone, and is the 97th Nova Scotian to die from the disease.

The department repeated that “there are signs of community spread among those in Central Zone aged 20 to 40 who are unvaccinated and participating in social activities.”

There are now 205 known active cases in the province. Thirteen people are in hospital with the disease, one of whom is in ICU. Twenty-eight people are considered newly recovered, which means they are no longer contagious and not necessarily that they aren’t sick. 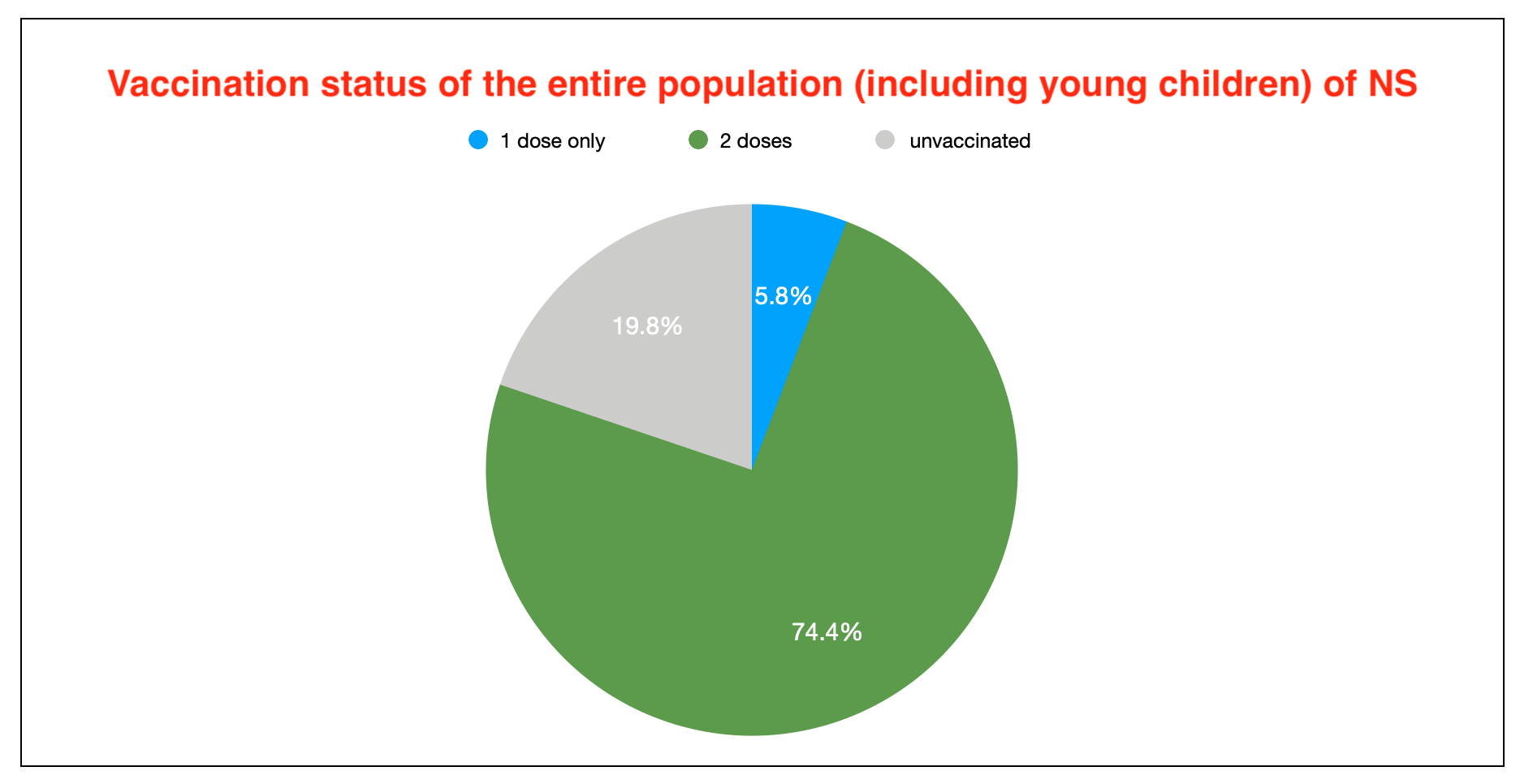 I am no longer providing a secondary calculation of vaccination rates reflecting military vaccinations because I understand that the province is gradually inputting those figures into its own database.

I realize this is only 29. I don’t have an explanation for the missing three cases.

So far in September, 42 schools, including seven contacted today, have been notified of exposures at their school. “It is important to note that an exposure associated with a school does not mean there is spread within the school or that the initial case was first exposed to the virus in the school,” reads a provincial press release. You can see the full list of schools here.

Nova Scotia Health labs completed 4,947 PCR tests yesterday. This does not include the antigen tests administered at the pop-up testing sites.