You are here: Home / Featured / Another Black woman racially profiled at Walmart 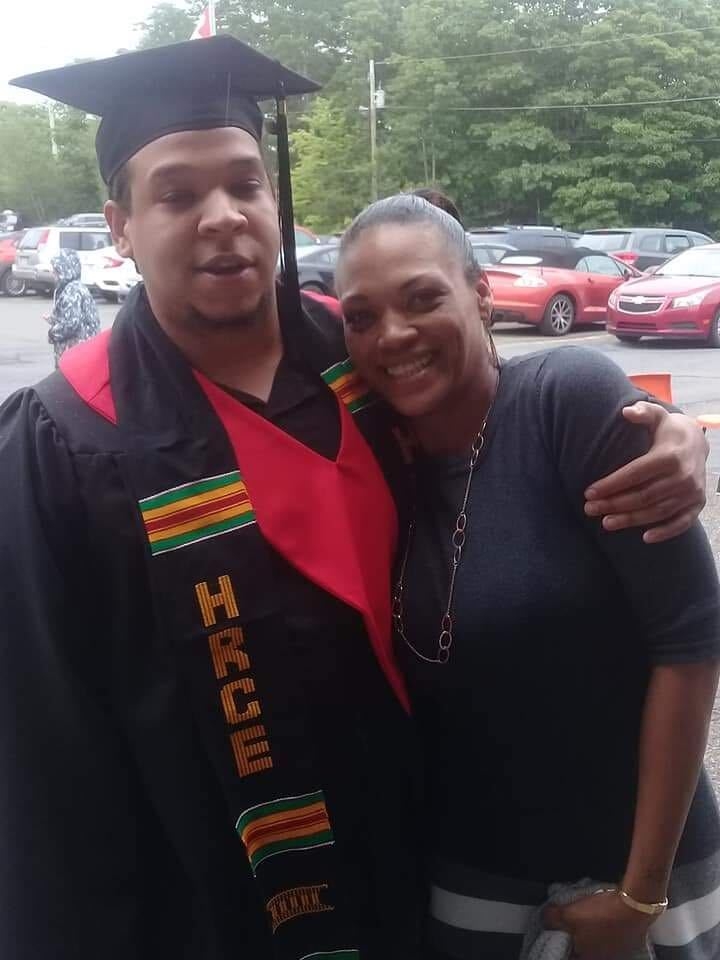 On Sunday afternoon, Melissa Brushett and her son Deion went shopping at the Walmart at Dartmouth Crossing. Melissa and Deion are African Nova Scotian. Deion works six days a week, so they took opportunity of the free afternoon to purchase toys for Deion’s daughter and Melissa’s nieces and nephews.

Melissa describes the day as a good one: she was laughing with her son and enjoying the chance for his company. “Today was our day,” she recalls. After they finished purchasing the toys, they paid for the items and showed the receipt at the door. The play set they bought was cheaper than expected, and Deion suggested running back to pick up the toy washer and dryer as well.

Melissa told Deion that she didn’t want to be accused of shoplifting, and that they should make sure to keep the receipt visible. They went back into the store with the cart, which was heavy and full of toys.

When they got to the toy aisle, Melissa says they accidentally passed the items they needed. Throughout the shopping trip they had followed the arrows on the aisles directing traffic, but as the items were only a small distance behind them, Melissa backtracked down the aisle to grab the toys.

“This white man jumps out of nowhere and stands in front of my cart,” says Melissa. “He wouldn’t allow me to leave out that aisle.”

He told me to turn my cart around and follow the arrow. I told him, I’m going to get an item, and I need you to move out of my way. Meanwhile, everybody else — who I noticed was white — was walking up and down the aisles not following the arrows. So I asked him, “Are you an employee of Walmart?” And he said he’s not an employee, he’s a customer. He kept yelling at me and blocking me.

My son told him to “move out my mother’s way,” and they started arguing. This man was extremely big and I felt unsafe, and he was standing so close to me, so I moved my cart to get past him. He didn’t move, and my cart accidentally hit him.

Melissa was upset and frustrated with the encounter, so she abandoned the items they had come back for and left the store with her son. She says she even held her receipt up at the door, and asked if they wanted to see her items. The door staff waved her through.

“I left the store and the security guards were right on me,” Melissa recounts. She assumed that the man had reported the altercation in the aisle. “I was going to tell my side of the story,” she says, “but I didn’t even get the chance.”

Instead, police pulled up behind her car and blocked them from leaving. “As soon as that cop jumped out of the car, he said ‘I don’t want to hear it, you’re being arrested for shoplifting,'” Melissa says. She also says she overheard the cops talking about arresting her for running while she was sitting in the car; she turned off the car for fear of the situation escalating further.

Melissa says she was in shock. “I couldn’t believe it when he said shoplifting. The receipt was still in my hand. The items were in the trunk which was open. I paid for every single item in that trunk.”

The cop slammed Melissa against the car without even allowing her to speak.

“He put my hands the way you would put your hands to be cuffed and slammed me. And my son was not allowing me to be arrested for shoplifting. He was not having that and he couldn’t even believe it was happening.”

While Melissa was being assaulted, she remembers, “the security guards from Walmart were just standing there.” She says there were around five or six guards who watched the police and did nothing to speak up.

A second officer arrested Deion and put him in the backseat of the cruiser. Melissa says the police threatened to tase him, and told him they could arrest for assault on a police officer because he put his hand on the cop’s shoulder to protect his mother.

Eventually the police checked Melissa’s receipt and allowed her and her son to leave.

“In my 42 years,” she says, “I’ve never complained about racism. I’ve lived a great life. Today I witnessed it, and I’m glad my son was there to witness it too at his young age.” She adds:

Melissa says she is traumatized by the experience:

I won’t even try to exchange something if I don’t have my receipt. And that was the call [the police officer] got today from Walmart. He got a call that I was leaving with a bunch of items. And I said, all those items are in my trunk and every item is on my receipt. Like $287 worth.

I think I went through every feeling that a human being could possibly feel in 30 minutes. Everything hit me at one time. I was angry, but yet I was so hurt at the same time. I felt a lot of emotions today. My biggest feeling is the embarrassment. You brought so much embarrassment to me and my son today and we were having such a good day, and you accused me of shoplifting. How dare you?

In January, a Black mother Santina Rao was accused of shoplifting at the Walmart at the Halifax Shopping Centre. Store security called police who beat and body slammed her, leaving her with a concussion, a broken wrist, and facial lacerations and bruises. She was charged with assaulting an officer, resisting arrest, and causing a disturbance. The SIRT report in October cleared the police of any wrongdoing.

In an interview with Sheldon MacLeod on October 8, Tony Smith, who was appointed as an observer for the investigation registered his objections to how the investigation was conducted and disputed its conclusions. Among other concerns, Smith identified what he described as Walmart’s obstruction of the investigation:

I was misled, and I was led to believe, that in the briefing of February 18th, with the lead investigating officer and Mr. Curran, that there was two videos that was given to SIRT, that SIRT had got from Walmart. One was very grainy, one was high-tech. And they said that’s all that Walmart had. And I said I find it hard to believe an organization this big would only have those two cameras.

I said, one of them’s very high tech, where she had purchased the electronics, and you can zoom in from many different angles. And they said ‘that’s all they gave.’ And the lead investigator said “I had asked for more, they wouldn’t give it.’ And then gave excuses as to, “they’re lawyering up, I’ll get back to them and see where they’re at now,” you know, that kind of talk. So I’m assuming that Walmart was giving them a hard time with the videos.

Later in the interview, he added:

On February 24th is the first time the lead investigating officers went to Walmart and looked to see where the cameras were, and requested additional videos. And within the next day, there was confirmation that Walmart had videos, additional videos, and they would need to have some kind of order. Cause when I brought to the attention that if Walmart was not able to or will not present this evidence, or withholding evidence, that you can use a production order. And you know, people at SIRT got very upset with me when I started asking these questions, and I couldn’t understand why they became so defensive.

Smith concluded the interview by saying:

I have to give credit to Ms. Rao, and her family. I am a person that as a kid been subjected to trauma. What I seen, what happened, with those kids, it breaks my heart. I would encourage Ms. Rao to continue fighting for justice, I’m very proud of her. What I have seen in the file gives credibility. I’m not saying it’s based upon me being Black or being from the community, I had those same talks with my kids.

I’ve been subjected to street checks and driving while Black, and being followed. My wife, to this very day, cause she’s darker than me, had those kinds of problems so I know what we have to address as Black people, and the systemic racism that has plagued our province. But to see what those kids went through, and knowing what I know, I’m so sorry. No person should go through what she went through, and as a father I thank God that I didn’t walk in on something like that being done to my daughter — I probably would not be here alive today.

And now another Black woman has been accused, assaulted, and threatened with arrest for simply shopping at Walmart. While much attention has been paid to the role of police in racially profiling, Black women are persistently profiled for shopping while Black at stores like Walmart, whose security personnel then call police to escalate the situation violently.

Melissa says she is looking into suing Walmart for racial profiling. “Something must be done,” she says. “I’ve never stolen even a piece of gum ever in my life.”