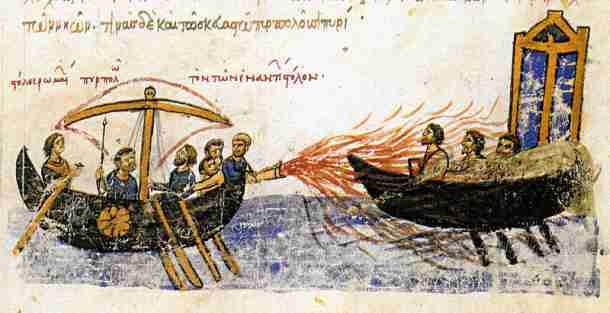 1. Something is seriously wrong on the east coast

There’s been a 10-20 percent increase in the number of great white sharks in Nova Scotia waters, reports the CBC. There’s not yet enough evidence to explain the increase, but it is speculated to be a result of warming sea waters. That would correlate with the recent news that there is an alarming decline in the puffin population in the Gulf of Maine, also related to increased ocean temperatures around Nova Scotia. “Life would go on without puffins,” explains Mother Jone’s Rowan Jacobsen in an article alarmingly headlined Something is Seriously Wrong on the East Coast—and It’s Killing all the Baby Puffins. “Unfortunately, these clowns of the sea seem to be the canaries in the western Atlantic coal mine. Their decline is an ominous sign in a system that supports everything from the last 400 North Atlantic right whales to the $2 billion lobster industry.” Jacobsen explains the complex ocean current system off the coast, which leads to a relatively cold but nutrient rich Gulf of Maine and Bay of Fundy, and how that system appears to be disrupted.  A couple of years ago GPI Atlantic’s Ron Colman pointed out to me that the increase in the Nova Scotia lobster catch over the past decade looks a whole lot like the increase in the cod catch in the years just before the collapse of the cod fishery. Could climate change and/or overfishing destroy the lobster industry? I don’t know, but the data points are alarming.

Perhaps because Heritage Trust of Nova Scotia is dealing with being sued, a national heritage group called Heritage Canada The National Trust has stepped in to try to save the Dennis building, which the province wants to tear down. Read the history of the building here. Tom Urbaniak, who sits on the board of the Heritage Trust of Nova Scotia, and so is a target of Joe Ramia’s lawsuit against that group, is also Vice Chair and a board member of Heritage Canada The National Trust.

The province has hired Catherine Tully as the new Freedom of Information and Protection of Privacy Review Officer. According to a press release, Tully was the assistant information and privacy commissioner for British Columbia before moving on to be the director of privacy and access to information for Canada Post. Here’s hoping that some outside blood will bring much needed reforms to Nova Scotia’s archaic and moribund freedom of information processes.

4. If the sharks don’t get you, the rats will

Lots and lots of rats.

Rounding out the news about our uncertain relationship with animals, the SPCA is suggesting that cops be given the power to issue tickets with “substantial” fines to people who leave dogs in hot cars. “It sends a quick message to the public, there is a penalty to this, it is serious, and it’s a quick way…for the officer to address it on site,” Nova Scotia SPCA chief inspector David Ross tells Metro. I dunno. Obviously people shouldn’t leave dogs (or children!) in hot cars, but I don’t think anyone means to purposefully harm their dog (or child!); the fine only makes sense if it is part of a larger education campaign.

1. Our home but not our native land

Yesterday, 48 immigrants in Halifax became citizens. I was one of them.

Were Nova Scotia a smart society, studying the failures of the Bluenose replication/renovation/whatever would be required of all future mucky mucks. The Chronicle Herald’s Paul Schneidereit’s exhaustive series on the boat would be the primer. That course, alas, will be superseded by Convention Centres 101.

3. Saving the world with sticky notes

Regional Watersheds Advisory Board (5pm, Maxine Tynes Room, Alderney Library)—the city is taking the long-overdue step of creating a rational grading ordinance with consistent policies that apply across the entire municipality. This meeting will discuss a consultant’s report about what that ordinance might look like.

PhD Defence—Department of Oceanography (10am, Room 3107, The Mona Campbell Building, 1459 LeMarchant Street)—PhD candidate Jeffrey Barrell is defending his thesis, “Quantification and Spatial Analysis of Seagrass Landscape Structure Through the Application of Aerial and Acoustic Remote Sensing.” This is free and open to the public.

A very exciting new media venture is about to be launched. Called Ricochet, it will bring a progressive, bilingual voice to the national conversation. The group engaged in a successful crowd-funding campaign, and will launch soon. Check out their video:

Atlantic Huron is built to Seaway max dimensions, hence its stout appearance. Passing through tight locks also leaves her sides looking rough as seen in a stop from 2012. Compare  her to CSL Tacoma, here earlier in the week, which is only built for ocean travel. See also the power of the unloading boom.