“Staff at abortion clinics in Augusta and Bangor in Maine said they have seen a spike in the number of telephone inquiries and visits from women from New Brunswick since the summer when the Morgentaler clinic in Fredericton closed, citing a lack of government funding,” reports the Canadian Press.

A family in Cole Harbour has told police they found an inch-long pin in a piece of candy collected on Halloween. Of course the report is front-page news, but candy that’s been tampered with is mostly an urban myth, and such reports call for extreme skepticism from readers. Here’s what snopes.com says about it:

Every year for decades children and adults alike have been hearing and passing along rumors of dangerously tainted Halloween candy: goodies laced with poison, drugs, razor blades, pins, needles, and other sorts of harmful substances randomly distributed to innocent trick-or-treaters by depraved pranksters. While documented cases of such tampering are rare (and in the case of poison, non-existent), these rumors persist, in part, because every year numerous cases of suspected candy tampering are reported by the news media in the days immediately following Halloween.

Nearly all such cases turn out to be nothing: they’re pranks played by children on their parents, siblings, or friends; they’re false reports generated by attention-seeking children and adults; they involve material that accidentally, rather than deliberately, ends up in children’s goodie bags; or they’re examples of coincidence mistaken for causation (e.g., a person eats a piece of candy and shortly afterwards feels ill, then erroneously attributes the illness to tainted Halloween candy). But often no follow-ups are done on such news stories after the initial, unconfirmed reports, leaving the public with the impression that all of them involved genuine cases of tainted candy being distributed to trick-or-treaters.

The 71-year-old Head of Jeddore man has been missing for a week.

Moose are endangered on mainland Nova Scotia, but on Cape Breton Island there are too many moose, says Park Canada. “At Parks Canada, we use the term hyper-abundant, which means there’s not just a lot of them, there’s really a lot, and they’re starting to have negative impacts on the ecosystem in which they live, and that means other plants and animals are impacted by their numbers,” Cape Breton Highlands National Park ecologist Matthew Smith tells the Chronicle Herald.

Dal researchers have found that even small increases in ambient noise can disrupt the nesting habits of tree swallows. 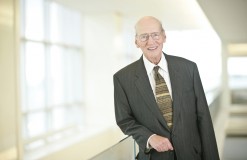 As with Ghomeshi, there had long been stories about 1970s Nova Scotia premier Gerald Regan’s relationships with women.

But few knew details until someone—a man whose own darker motivations were partisan and personal—unleashed the genie from that bottle long after Regan had left office. By the time it was over, in 1998, more than 30 women told police of Regan’s alleged unwanted sexual advances, up to and including rape. There were charges. There was a trial on the most serious of them. In court, Regan’s high-powered defence attorney grilled the accusers relentlessly. The jury, ultimately, found him not guilty.

Regan is now a lawyer with McInnis Cooper.

The provincial government had not been supportive of L’Arche Homefires‘ efforts to construct a new building for its programs, which assist people with disabilities. But, says Parker Donham, Premier Stephen McNeil dropped by, behaved decently, and soon after the Department of Community Services announced funding for the building campaign.

Echoing a campaign from the Ecology Action Centre and the Sackville Rivers Association, Kate Watson argues that the Sawmill River be “daylighted”—taken out of its underground pipe and allowed to flow free as rivers should. 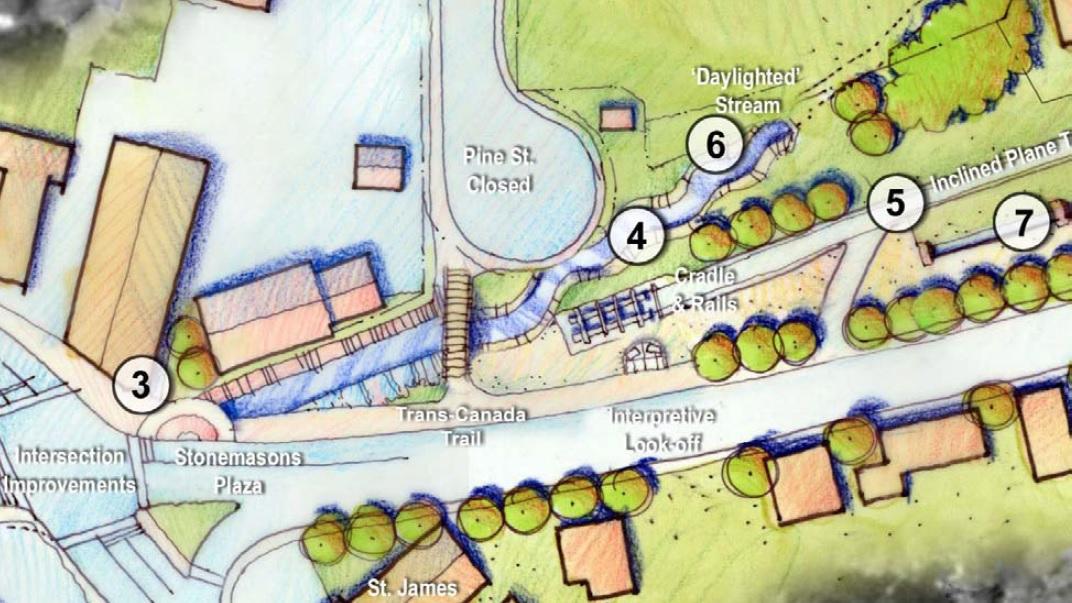 Rendering of a portion of the daylighted river from the 2006 Canal Greenway Report.

The Sawmill River connects Sullivan’s Pond (“the duck pond”) in Dartmouth to the harbour. It was an integral part of the old Shubenacadie Canal system and provided the hydro power needed for the Starr ice skate factory. I was surprised to learn from Watson that the river was still above ground as late as 1970, and was piped only after rains from Hurricane Beth swelled the river and flooded 500 homes.

We know now that there are far better ways to manage potential flooding than to destroy a river, and in 2006 Halifax council adopted a policy to look at daylighting both the Sawmill River and Freshwater Brook on the peninsula. Watson notes that next spring Halifax Water is intending to rip out the existing pipes that carry the river and replace them with much larger ones. She continues:

Now is the logical time, while this massive construction project is taking place, for our municipal government to seize the opportunity to bring the historic Sawmill River back to life.

I’m a big supporter of this effort. A daylighted Sawmill River will enliven this section of downtown Dartmouth, will complement the planning for making a historic park out of the Starr factory site, improve water quality, and simply be a cool, interesting project. 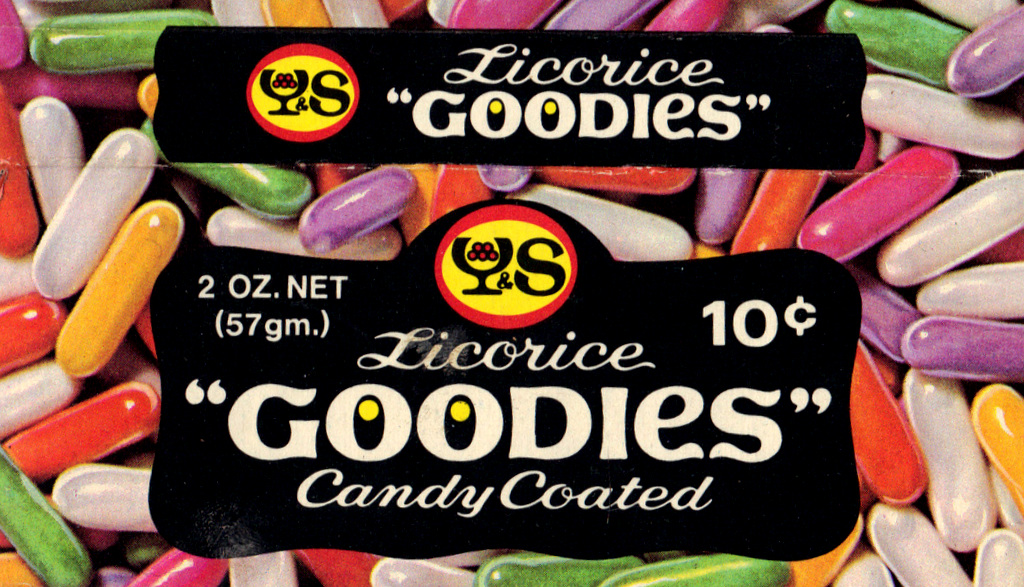 Grant committee (1pm, City Hall)—the committee is getting into the nuts and bolts of a proposal to revamp how property tax relief is given to non-profits. Details here. 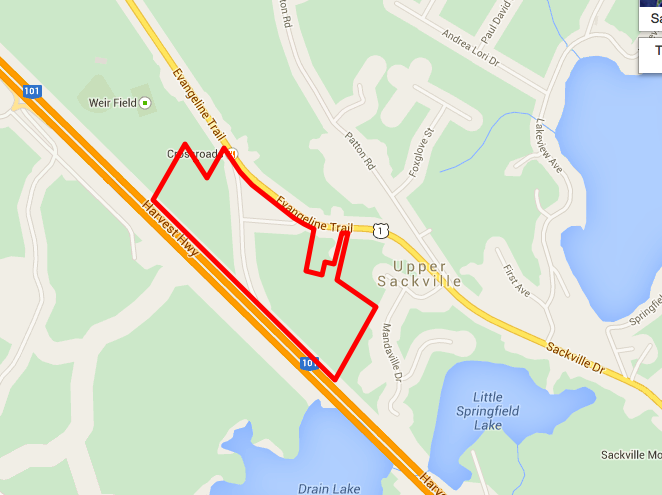 The development will be clustered, meaning the houses will be close together, leaving about 70 percent of the area as open space. Approval is dependent upon meeting water quality standards. See more details here.

Public information meeting (7pm, City Hall)—St. David’s Presbyterian Church, just to the north of the old library, wants to tear down its church hall and build a seven-storey residential building with ground-floor retail and space for church for offices. I don’t see any reason to oppose the plan, but I predict construction workers will stumble upon lots of human remains from the old paupers’ cemetery, which stretched from the Cathedral westward. Here’s the architect’s pretty rendering of the building, on a mythical sunny summer day with no parked cars, stylishly dressed pedestrians, and retail stores with unimaginative names like “Coffee & Co.” and “Boutique”: 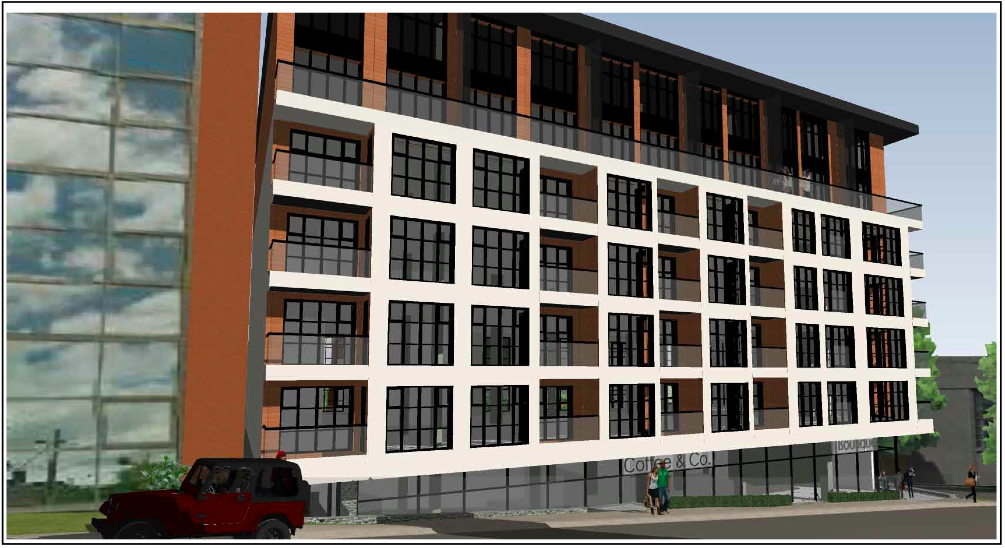 Thesis defence, Psychology and Neuroscience (Tuesday, 10am, Room 3107, Mona Campbell Building)—PhD candidate Marcus Judois will defend his thesis, “Subtyping the Behavioural Effects of Deceit and the Implications for Detecting Deception.”

Social Media in the Golden Age of the Crisis of the Humanities (4:30pm, Atrium 101)—Eric Jarosinski, editor of Nein.Quarterly, will, says the SMU press release, “explore the absurdities, complexities, and impossibilities of contemporary life.” Sounds a lot like prehistoric life, or classical life, or life in the Middle Ages, or modern life, or post-modern life… But Jarosinski has a Twitter feed, @NeinQuarterly, so he knows what he’s talking about.

Norman Finkelstein (7:30pm, McNally Theatre Auditorium)—Finkelstein is the son of Jewish survivors of the Nazi genocide, author of nine books, including Knowing Too Much: Why the American Jewish Romance with Israel is Coming to an End; What Gandhi Says: About Nonviolence, Resistance and Courage; This Time We Went Too Far: Truth and Consequences of the [2009] Gaza Invasion ; and Image and Reality of the Israel-Palestine Conflict. The title of his talk is “Israel and Palestine: What Has Changed after Gaza 2014?”

The future of the planet is discussed, at length, in the International Panel on Climate Change’s Fifth Assessment Report, published Saturday. Here’s the short Summary for Policymakers, and links to more detailed discussions can be found here. Here’ the requisite scary chart showing us the end of the world as we know it (starting at page SYR 62): 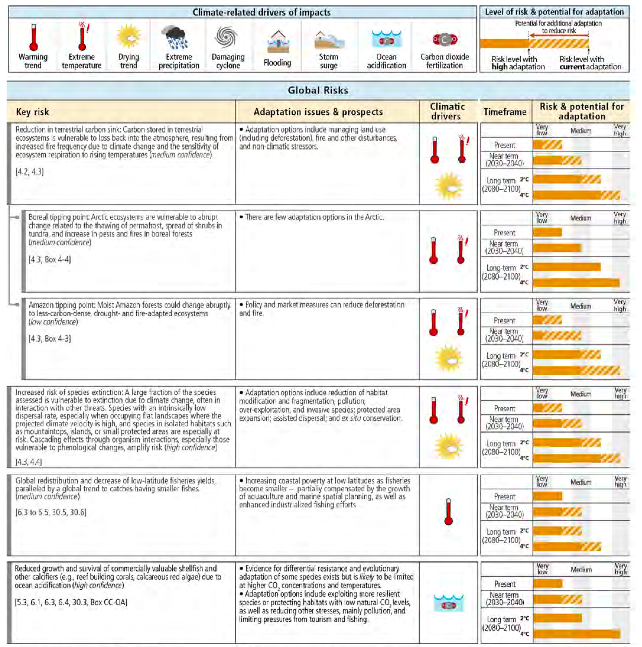 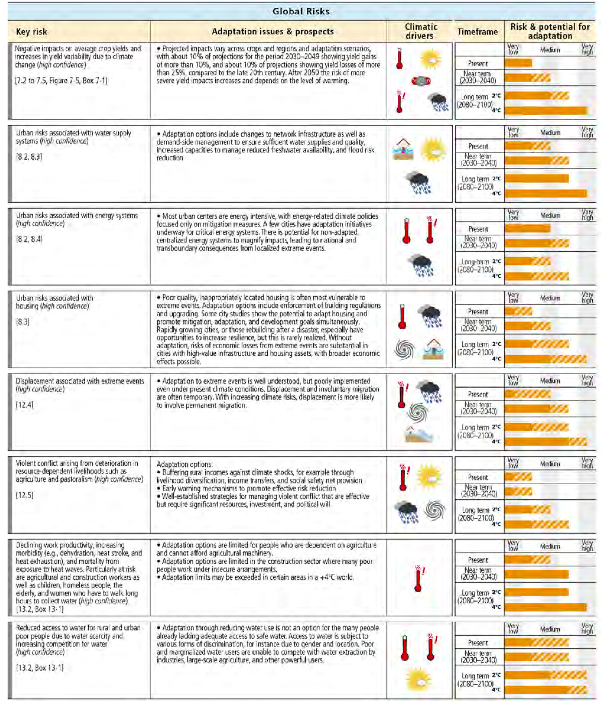 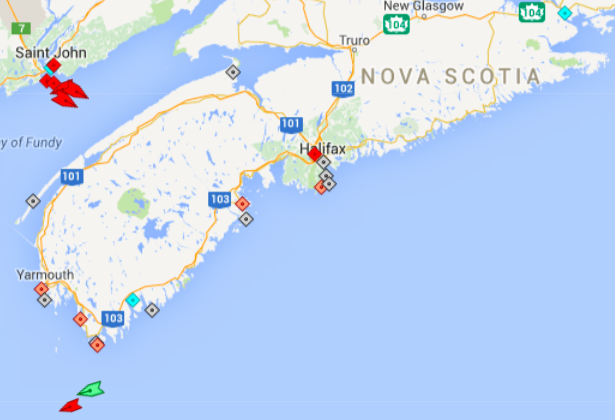