You are here: Home / Featured / An obsessive fixation for cheap decoration, wallpaper edition

“The tech company aioTV has ceased operations, and Innovacorp has lost its entire $1.7 million investment in the company,” I reported yesterday.

The provincial government has something like $100 million invested as equity stakes in various companies (far more has been loaned, granted, and rebated). Those investments first came through Nova Scotia Business Inc, but in recent years they’ve come mostly through Innovacorp. As I wrote in the article, while it’s important to note the failure of any one company Innovacorp has invested in, I’m more concerned with the overall purpose of the agency, noting:

Innovacorp has apparently never before tried to assess its success or failure rate, connect its investment outcome to specific employment or economic development benchmarks, or compare itself to similar agencies in other jurisdictions.

There’s a big move to quantify and measure success in education, and so there’s a testing regime and rankings of school performance and so forth. Much of that is wrong-headed: while there may be a place for student assessment, the true value of education — teaching children how to think and how to become responsible and engaged citizens — is ultimately unquantifiable. And yet, people are banging the measuring success drum.

In contrast, the economic development agencies are supposedly aiming for outcomes that are concrete and quantifiable: greater employment, bigger salaries, size of industries, return on investment, etc. And yet there’s little pressure to quantify and measure success, to test performance, to rank the agencies against each other.

You slap an “economic development” label on something, and there’s no accountability whatsoever.

Best of all, he promised to discuss the port file with Nova Scotia Premier Stephen McNeil, whom he’s meeting today, adding he hoped the provincial government would invest in the project, even though this development has been billed as “private” since Day One and the province has said it will not be investing in it. (Did Chrétien actually make it to Halifax, I wonder, or was he ambushed en route by supporters of Cape Breton’s other private container port development? If he doesn’t show up to meet McNeil, I say check the closet at the Strait Area Chamber of Commerce.)

Answering Campbell’s question, Jean Laroche at the CBC reports that:

[B]oth McNeil and Business Minister Geoff MacLellan are saying the former prime minister didn’t lobby them on behalf of the project’s proponents.

“We talked about economic development,” said McNeil. “We talked about what it was like to be from a large family. We continued to share stories about that, but I can assure you there was actually no lobby.

Whether they were lobbied is important because Nova Scotia has a 16-year-old law that requires anyone who lobbies a public servant to register first. Cabinet ministers, staff, government officials and MLAs are defined as public servants under the Lobbyist Registration Act.

Jean Chrétien is not registered as a lobbyist in Nova Scotia.

“He’s a former prime minister,” said McNeil. “Whether he’s registered as a lobbyist or not, if he calls my office he’ll get an answer, he’ll get a call and I’ll open my doors to him.”

McNeil suggested he would not stake his reputation on being swayed by or trading favours with a former prime minister.

We talked about what it was like to be from a large family? I too come from a large family; I’m one of eight kids, the youngest boy. Really, there’s not much to it. You get a bunch of mismatched and ill-fitting hand-me-down clothes, you play with broken toys, you have to wait in line for the bathroom. That’s about it, but if McNeil wants to invite me over to spend the afternoon talking about it, I double-pinky promise not to talk about the supposed Sydney container terminal.

The federal Department of Fisheries and Oceans (DFO) has identified three offshore sites as potentially protected areas, according to a DFO press release.

Two of the sites — the Eastern Shore Islands and Fundian Channel-Browns Bank — are being named  “Areas of Interest (AOIs) for future designation as marine protected areas (MPAs).”

The third site is Eastern Canyons, which is proposed as a new conservation area where fishing will be limited.

The three sites are described below; photos come via Chris Miller’s Twitter feed; text is from the DFO press release: 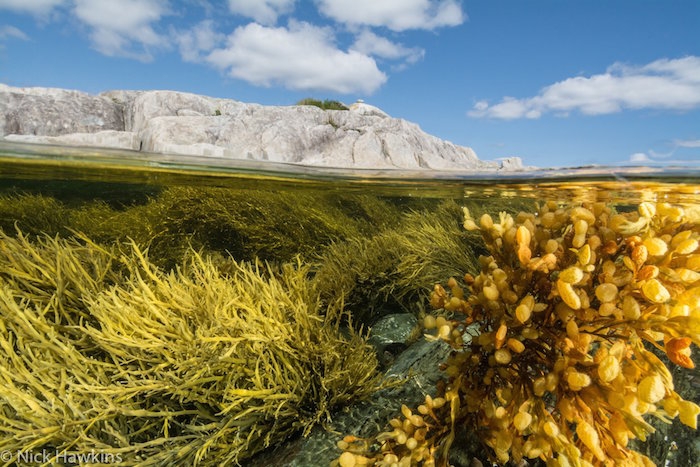 Located along the Eastern Shore of Nova Scotia, the Eastern Shore Islands AOI is approximately 2,000 km2, and encompasses a dense archipelago of hundreds of islands stretching from Clam Bay near Jeddore Harbour to Barren Island near Liscomb Point. The site extends seaward roughly 25 km from the mainland, reaching depths of approximately 100 m. This highly natural area includes rich beds of eelgrass, kelp, and salt marsh that provide important habitat for many marine species. The area includes spawning habitat for Atlantic herring and juvenile areas for groundfish, and coastal habitat for endangered Atlantic salmon. The islands and surrounding waters also provide important nesting and foraging ground for many colonial seabirds and shorebirds, including at risk species such as Harlequin duck and Roseate tern. Throughout the AOI, lobster and other fisheries provide a strong economic foundation that supports the communities along the Eastern Shore. The area also has a growing ecotourism sector, and many of the islands are protected through provincial and private conservation efforts, including current efforts by the Nova Scotia Nature Trust’s “100 Wild Islands Legacy Campaign”. 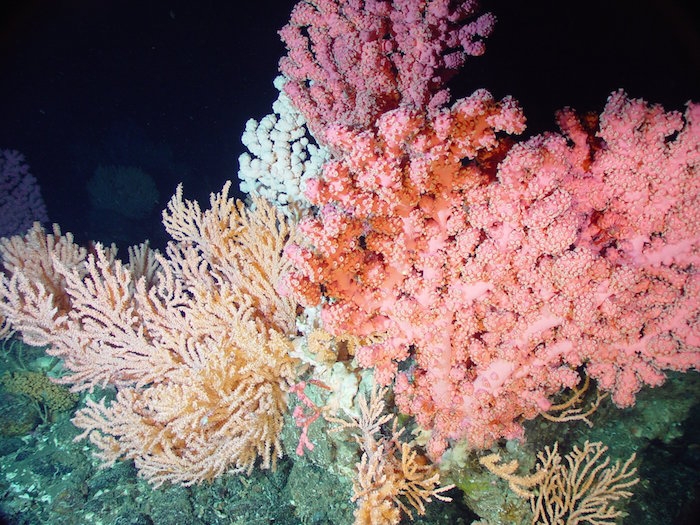 The Fundian Channel-Browns Bank AOI is located approximately 120 km south of Yarmouth, Nova Scotia and includes two geographically separate components. The western section of this AOI is centred on Georges Basin while the larger eastern section encompasses the Northeast Channel and part of Browns Bank. Fundian Channel-Browns Bank is approximately 7,100 km2 and includes important oceanographic processes, diverse bottom habitats, several depleted groundfish species, and deep sea coral and sponge habitats. The channel is also the largest entrance to the Gulf of Maine from the open Atlantic Ocean and many species, including basking sharks, use it as a migration corridor. Several important fisheries are active in and around this area including Atlantic cod and cusk, tuna and offshore lobster.

Eastern Canyons is located approximately 60 km east of Sable Island off Banquereau and is approximately 36,000 km2. The dense corals found in the canyons and along the shelf edge warrant protection under DFO’s Policy for Managing the Impact of Fishing on Sensitive Benthic Areas. This site is extended into the deep-water to foster connectivity among the shelf, slope, and abyssal plain, as deep-sea ecosystems are known to be vulnerable to disturbance.

1. Ducks on the walls

Stephen Archibald provides an overview of wallpaper used in Nova Scotian houses in the 19th century. Go read the whole thing here. For myself, I can’t think of wallpaper without having images of ducks run through my head:

The Chronicle Herald has published an op-ed by Peter Simpson, who describes himself as the former CEO of the country’s two largest homebuilding industry associations, and who now lives in Dayspring, Nova Scotia.

“[P]art of my job was to meet regularly with mayors, councillors and senior building officials,” writes Simpson:

If the issue of including automatic fire sprinklers in one- and two-family dwellings and manufactured homes surfaced, I would butt heads with fire chiefs who supported sprinklers.

At city council meetings, I unabashedly and convincingly expressed the long-held industry position that requiring sprinklers in new homes imposed an unnecessary financial burden on builders and their customers, and that smoke detectors were the only safety device necessary.

Well, I was wrong.

Simpson goes on to explain that he had a second career as a volunteer firefighter and saw firsthand the damage of house fires, and the emotional toll they bring. He explains the logic behind requiring that sprinklers be built into new homes, concluding:

In January, four structure fires on the South Shore resulted in the deaths of seven people, including four young children. Since then there have been seven more deaths in Nova Scotia, including another child.

Enough is enough. Let’s start some meaningful conversations about the merits of automatic fire sprinklers. We owe it to the families who lost their precious loved ones in house fires.