You are here: Home / Featured / An earthquake did not destroy Halifax yesterday: Morning File, Friday, January 13, 2017

1. Biomass, Freedom of Information and the Silence of the DNR Company Men 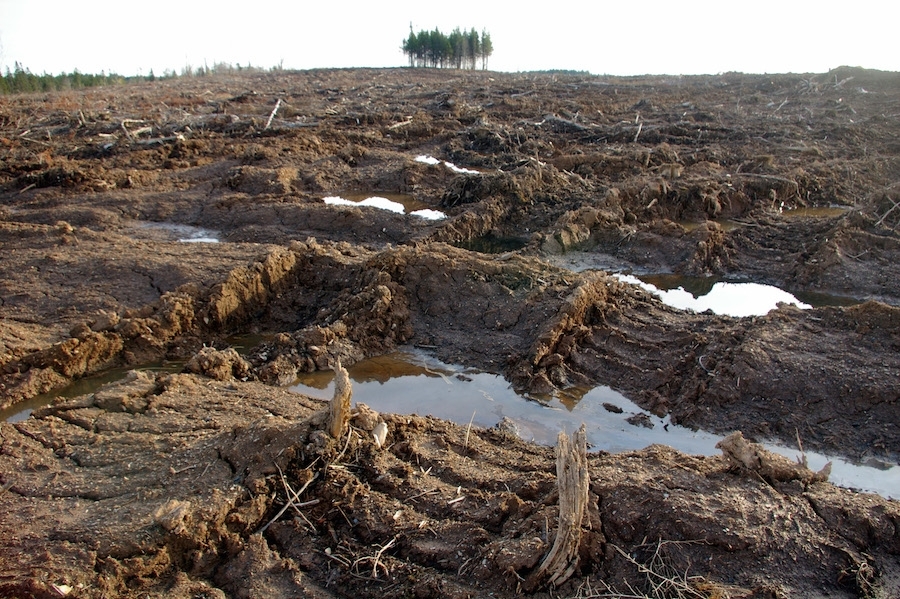 Yesterday, we published Part 4 of reporter Linda Pannozzo’s “Biomass, Freedom of Information and the Silence of the DNR Company Men” series.

Click here to read “The Case of the Disappearing Forest Age Class Data.”

Parts 1, 2, and 3 of the series are no longer behind the paywall. 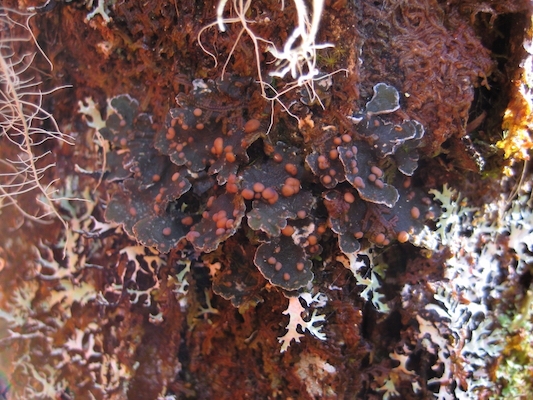 Also, yesterday we took another one of Pannozzo’s articles — “Muzzling the Forest Keepers: A Field Guide to Boreal Felt Lichen and DNR Message Control” — out from behind the paywall.

It’s interesting how people in the real estate industry comment on the Royal LePage house price survey that was released yesterday. Reports Zane Woodford for Metro:

“It’s not gonna get any worse. It’s only gonna get better,” said Sandra Pike with Royal LePage in Halifax.

A news release from Royal LePage gave some of the credit for rising prices to Halifax regional council, and Pike said that’s “absolutely” a factor. [emphases added]

A house sale, obviously, is a transaction between a seller and a buyer. So a good deal for a seller is a bad deal for a buyer, and vice-versa.

This is particularly an issue for young people wanting to buy their first home — everything’s too damn expensive, so they either take on incredible debt or they keep living in rented apartments, never able to build equity or have the other joys of home ownership, like forever fixing shit.

But for people in the real estate industry, increasing prices are only a good thing, and if prices are going to go up again next year, that’s even “better,” and we must “credit” the politicians for such good work. (But as Dartmouth councillor Sam Austin points out in the article, councillors have very little, if anything, to do with house prices.)

We’ve published the latest company and society registrations. This week there are 13 noted, including this one: 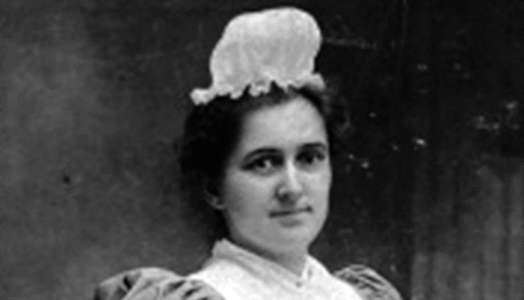 Corning trained as a nurse in the United States and joined the American Red Cross during World War 1. In December 1917, she was amongst the first to volunteer to tend the sick and suffering after the Halifax Explosion. In 1921, working for a relief agency, she arrived in a small village at the foot of Mount Ararat in what is now Turkey to take charge of an orphanage. In 1922, as fighting and lawlessness escalated, Corning became a central figure in the evacuation of the port city of Smyrna. After the rescue, she helped established an orphanage in Greece for the stateless orphans.

She was summoned to Athens in June 1923, where King George II of Greece awarded her, and others involved in the rescue mission, the Silver Cross Medal of the Order of the Saviour, an honour comparable to the Order of Canada. Sara worked at the orphanage until 1924, when she returned to Turkey to work in a residential training school until 1930 when the Near East relief effort was disbanded.

Upon retirement, she returned to Chegoggin, where she lived until her death in 1969 at age 97.

The Society wants to build a peace park near her grave. 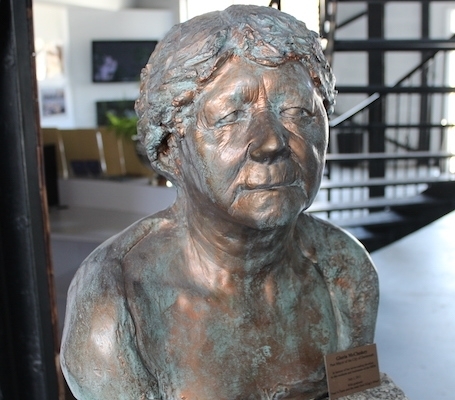 The former Dartmouth Centre councillor is now association chair for the newly created Destination Dartmouth association, which a press release says was formed “to promote Dartmouth’s identity, preserve its heritage and encourage the development of a healthy and inclusive community.”

I’ve long thought there’s probably a way to make some money on Dartmouth nationalism, and now I see that someone is actually buying Facebook ads for a group called “Deamalgamate Dartmouth.” My first thought when I saw the ads was, What would de-amalgamating Dartmouth look like? Would Burnside become a separate city? Westphal an independent suburb? Once I realized that what the group owner probably means is they want to de-amalgamate the HRM, I wondered what the profit angle is. Was the group sponsored by a sign maker looking for work? Or maybe it’s that “Dartmyth” T-shirt guy I wrote about in the company registries a couple of weeks ago. Hmmm.

“A pair of Nova Scotia pharmacy managers have been suspended after making prescription drug dispensing mistakes in unrelated cases that ultimately led to the deaths of two patients,” reports Paul Palmeter for the CBC:

The Nova Scotia College of Pharmacists also says one of the pharmacists, Alexandra Willson, misled authorities following the mistake and falsely declared she had implemented a quality assurance program.

The professional misconduct suspensions against Willson and another pharmacist, Leanne Forbes, came following settlements with the college’s investigation committee. The locations of their pharmacies were blacked out in the written decisions released by the college.

Willson’s suspension is for two months after she acknowledged a prescription mistake on May 3, 2016, that led to a patient being admitted to hospital three weeks later with severe infections. The patient died on June 16.

Where’s George Bailey when you need him?

Also, says this California boy, a truck drove down Hollis Street, creating more of a shake.

“Baby Madelyn Jane Ellsworth made quite an entrance into the world when she was born on New Year’s Day — taking her first breaths over the Halifax harbour, part-way across the MacKay Bridge,” report Heide Pearson and Alexa MacLean for Global News:

Surprising her mom, Ashley Ellsworth, and two paramedics, Madelyn came earlier than her parents were expecting, and well before making it across from Dartmouth to the IWK Health Centre in Halifax.

Ellsworth and her husband were eating at Boston Pizza when she went into labour. They called for an ambulance, which met them in the parking lot.

Paramedic David Giles and his partner quickly put mom into the back of the ambulance and they began their journey across the harbour — but they didn’t get far.

“I got my partner to pull over, we snapped the lights on, she jumped in back, by the time she got in back the baby was delivered,” Giles said.

Believe it or not, Madelyn isn’t the first baby Giles has delivered while spanned over water — he delivered another baby on a Halifax bridge 17 years ago.

Madelyn’s comments about the incident were not comprehensible. Pictures of the creature are at the link.

“By the time a government gets to its fourth year, the ‘fiscal plan’ is locked in. There isn’t any wiggle room on the big-picture stuff,” writes Graham Steele:

But in a $10-billion budget, there is lots of room for small tweaks and changes that don’t mean much to the government, but may mean a great deal to an organization, a community or citizens with a common interest.

Steele goes on to give suggestions on how to influence the budget-marking process.

I sent this question to Minister Robert Mitchell. Please explain if the Buddhists or associates have reached the limit of the land they may [buy].

This appears to be happening quietly and without islanders being made aware? We are not being informed by government as to the purpose of these large land grabs. How much are they paying for the land, are there any restrictions in place, and do they pay property tax? It has been suggested they own properties in the following areas.

Little Sands and High Bank…60 per cent of the community of Heatherdale.

I find this very concerning.

A couple of readers have suggested that the super-secret “Human Source Management Solution” tender that was issued yesterday is probably related to the police department’s use of informants. I have no idea why they couldn’t just say that. 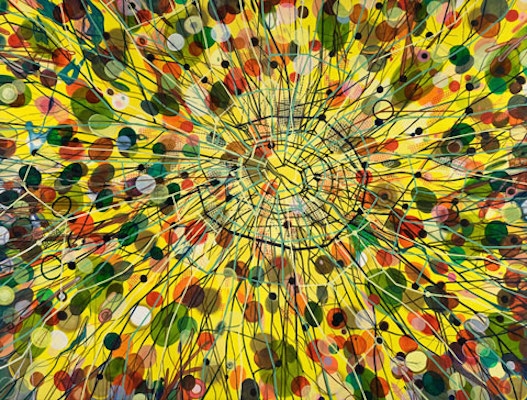 Landon MacKenzie (12pm, Dalhousie Art Gallery) — the artist will give a guided tour of her exhibition, Parallel Journey: Works on Paper 1975-2015. The exhibition runs through April 23.

“What’s Your Poison?” (1:30pm, Chemistry Room 226) — Michael A Quilliam will speak on “Thirty Years of Biotoxin Research at the NRC.”

“No Justice for Women in Canadian Prisons” (1:30pm, Room 105, Weldon Law Building) — Senator Kim Pate, the executive director of the Elizabeth Fry Society who was appointed to the Senate last year, will speak. El Jones told me to be there, so I will. 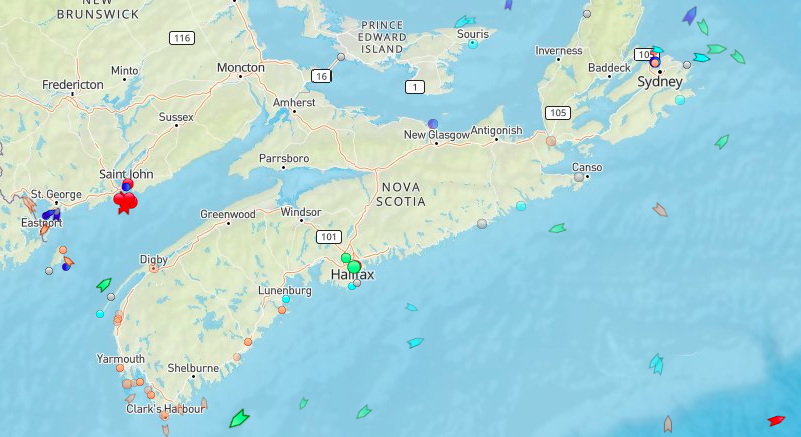 We interviewed El Jones and Ardath Whynacht for this week’s Examineradio, which will be published this afternoon.