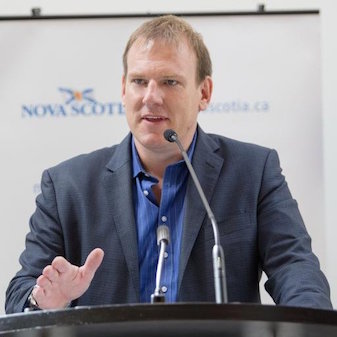 The Andrew Younger saga is becoming even more of a mess. As Michael Gorman reports:

The government introduced a motion on Thursday compelling Andrew Younger to release the conversation with the premier’s chief of staff he secretly recorded after a new portion appears to show a job being offered to his wife.

The move comes the day after an anonymous letter and USB drive were found in the mailbox of an employee at Province House. On the drive is a short audio recording of a conversation between Younger, now the Independent MLA for Dartmouth East and Kirby McVicar, the chief of staff.

In the new recording, McVicar can be heard telling Younger that the premier wanted him to come back to the House and be “a soldier.” The recording also suggests he offered Younger’s wife, Katia Younger, a job.

“Is there a personal-service contract that we can do. Is there something we can do to help?”

McVicar goes on to suggest that Younger “have a chat” with his wife about the option and relay the results of that conversation back to him.

Now the opposition is calling for McVicar’s head, and the RCMP are involved.

We’ll let the cops investigate, I guess, and see where it goes. But whether McVicar did anything illegal or not, his apparent offer to hire Younger’s wife reflects an attitude of entitlement. MLAs in Nova Scotia have a base pay of $89,234.90. Ministers are paid an additional $49,046.51. And then there are expenses, allowances, travel costs, pensions… sure, when Younger lost his ministerial pay he took a “financial hit,” but only down to a salary that far exceeds that of almost everyone he represents. 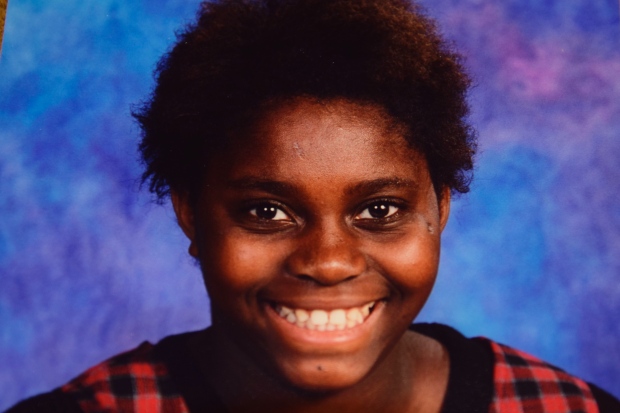 “Legal experts say a woman facing deportation to a country she hasn’t been to since she was eight years old isn’t receiving justice,” reports the CBC:

Debra Jane Spencer was born on the Caribbean island of St. Vincent. She moved to Canada in 1993, but never became a Canadian citizen.

Spencer’s two children, both of whom were born in Canada, were adopted by her own two sisters.

In 2014 Spencer was convicted of being an accessory after the fact in the murder of David William Rose. According to court documents, Spencer witnessed then-boyfriend Bradford Eugene Beals kill Rose in a rooming house on South Street in Halifax.

She pleaded guilty and was sentenced to two years in federal prison. She served the mandatory two-thirds at the Nova Institution for Women in Truro.

Because Spencer isn’t a Canadian citizen, her sentence is subject to the Faster Removal of Foreign Criminals Act. The law, introduced by the Harper government in 2013, states any permanent resident who commits a crime and receives a sentence of more than six months must be deported without the right to appeal.

The Harper government started us down a dangerous road, creating two-tiered citizenship (already reversed by the Trudeau government) and these ramped-up deportation laws for permanent residents.

I don’t know the particulars of Spencer’s situation, but she is a product of Canadian society. She’s our problem.

Stripping people of state protection is the first step in abusing them. That’s how Maher Arar was tortured in Syria. It’s how the Guantanamo Bay prisoners continue to be tortured and have no legal recourse. It is, in fact, how most of the holocaust victims were killed. There’s little chance that Spencer will face such horrors in St. Vincent, but the principle should be that we deal with our own, that the state has an obligation to apply both the punishments and protections of the justice system to everyone, citizen and non-citizen alike, universally and consistently. 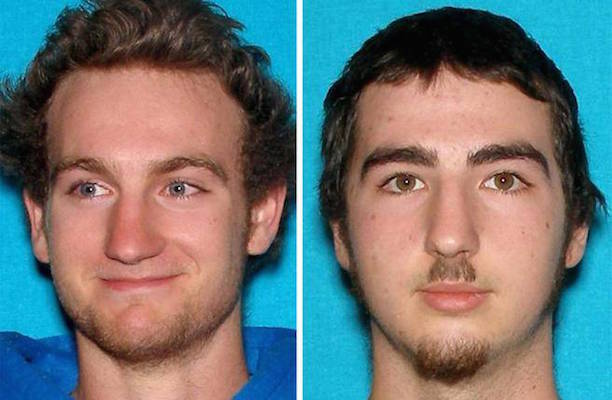 “Two Halifax brothers who spent six weeks on a missing-persons list before being found last week say they have not gone back to sleeping in the wild, as their father said in a recent interview,” reports Dan Arsenault. “Damien Roy, 19, and Bailey Roy, 18, have been staying with their mother in Clayton Park, they said Thursday.”

No mention was made in the release, but the brothers said police charged both of them with obstruction.

As the pair’s father, Corey Roy, also said last week, Woodworth said police were searching the area in Bedford in an unrelated matter when they happened upon the brothers. She said they were charged because they did not co-operate with police, including a dog unit officer who commanded them not to run off. 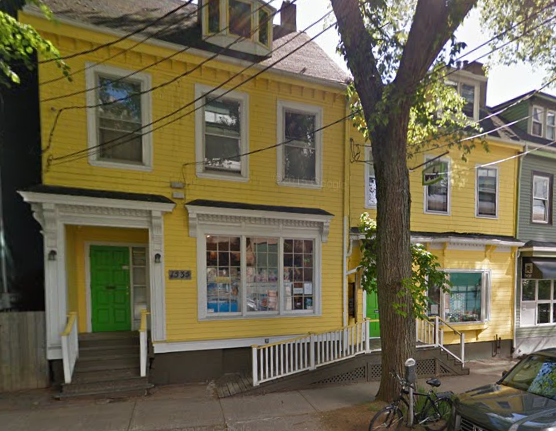 “Yesterday on [CBC Mainstreet’s] ‘Ask Mayor Savage’, Liz Crocker of Woozles, Canada’s oldest children’s book store, called in to inquire about tax relief for small business,” writes Gus Reed. “She also wondered, by the way, why she had an encroachment fee on her tax bill for her spiffy ramp”:

His Worship explained patiently that a ramp would impede wheelchairs from otherwise using the sidewalk, so HRM was encouraging the use of portable ramps and had partnered with Parker Street Skills Development Centre to offer ramps at cost to businesses.

Then the Mayor’s trousers spontaneously combusted.

He burned completely up, and the litter patrol swept up the pile of ashes and deposited it in the trash.

The Princess’s tax bill was marked Paid and we all lived happily ever after!

As you can see from the Google street view, Woozles’ ramp is a very attractive, harmonious and unobtrusive addition to the front of a rather lovely old Halifax building. Since it intrudes no further upon the right-of-way than the steps, it’s no surprise the Mayor’s drawers were smoking even before they caught fire.

Furthermore, there is no partnership with Parker Street.

Reed doesn’t mention it, but as Parker Donham explains:

[Savage] boasted of a “a partnership” between the city and the Parker Street Skills Development Centre to provide businesses with portable ramps. (In fact, that project is entirely paid for by a generous donation from Reed, who has been unable to get any accounting of how many ramps have been deployed, or where.)

Reed goes on to point out that:

The ending isn’t happy after all. Woozles is one of a very few small Halifax businesses where a kid with a wheelchair could be part of the fun, or a slightly older wheelchair user could actually get in to work. HRM is actively discouraging employment of people with disabilities, which is illegal. Illegal. Let me say it again. Illegal.

Some other time, I’ll get into the broader issue of encroachment permits, but doing so now would bury Reed’s point under a pile of bureaucratese.

I’m still amazed when I see brand new buildings constructed that are not wheelchair accessible — and it seems to be the majority of new buildings. That architects and building inspectors think this is acceptable speaks volumes to how far we need to go to become an inclusive community. 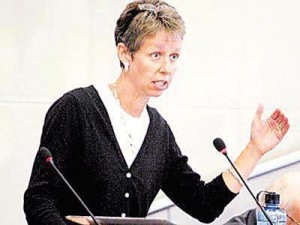 Councillor Jennifer Watts, who has re-announced she’s not running for reelection next year, has some suggestions for those people who think they might want to run for her seat.

It’s a good list, and underscores just how seriously Watts takes her job and how prepared politicians should be. Too often — usually — we get new councillors who don’t know the first thing about what the job entails. They’re ignorant, unprepared, overwhelmed.

We should encourage a diverse range of people to run for council, but we should also insist that they know what they’re doing. 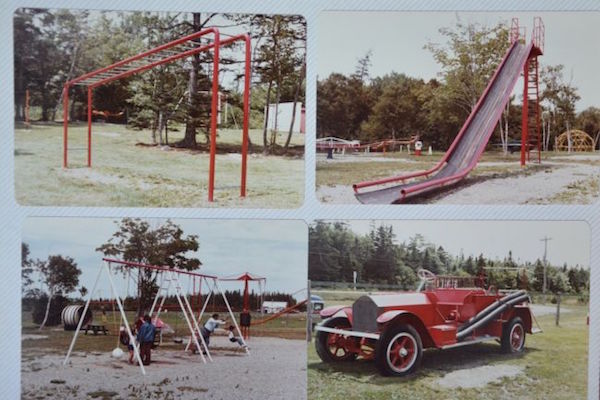 Yarmouth Vanguard editor Tina Comeau remembers the Arcadia amusement park called Joyland (yes, Comeau, it was registered with the province as the one word, Joyland, with Ruth Poole as the registered agent):

For those who don’t remember Joyland – think painted amusement rides made out of metal and iron that required a lot of human peddle or push power to operate. Or a slide made of wood that oddly enough didn’t give you splinters when you slid down it – or, at least, not too many of them. Although when the sun shone on it, it was pretty hot.

4. Too much make-up on girls

Lezlie Lowe is for it.

It was never my intention to ever read Manning MacDonald’s new column in the Cape Breton Post.

However, when I saw the photo of his grandfather, Foreman Waye, (‘In the beginning,’ Nov. 16), it peeked my interest enough to swallow my pride and indulge.

What’s amazing to me is the admission by MacDonald of how quickly he turned against his strong family socialist beliefs simply to belong to a party that can get elected. I guess that speaks volumes about the reasons for MacDonald’s existence in the political field.

I have always taken the position that you stick to your beliefs regardless of what the popular trend of the day happens to be. I will admit that the early Trudeau-mania was appealing. However, it didn’t take long to see that Prime Minister Pierre Trudeau was a right-wing dictator who punished the workers by freezing their wages while allowing his corporate friends to increase prices on the consumers.

Trudeau also took the draconian step of implementing the War Measures Act in 1970, thus taking civil rights away from all Canadians.

I concede that it is my belief that MacDonald was a good mayor for Sydney but his tenure as a Liberal MLA was an underwhelming performance. Perhaps if he had of stuck to all those good beliefs he was raised around he could have accomplished something for the area that he represented.

I wasn’t fortunate enough to have a mother around when I was growing up, but if I had one that was “dedicated to the CCF and NDP conscience” I would hope I would emulate her good choices.

But I guess simply being raised in a thoughtful, socialist family doesn’t necessarily equate to enlightenment as is the case of MacDonalds’s conversion to the political right-wing agenda. 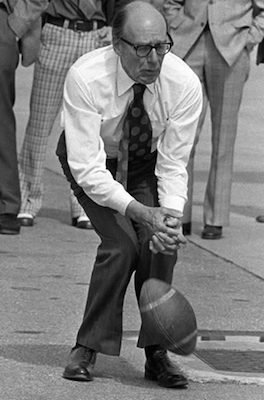 On November 20, 1956, Robert Stanfield was sworn in as premier of Nova Scotia. He’d later go on to become famous for dropping a football.

I’m running behind on events, but there’s nothing terribly interesting going on on campus today. Go study. Or drink. Or whatever it is college students do nowadays.

Wait! There’s this on Sunday: 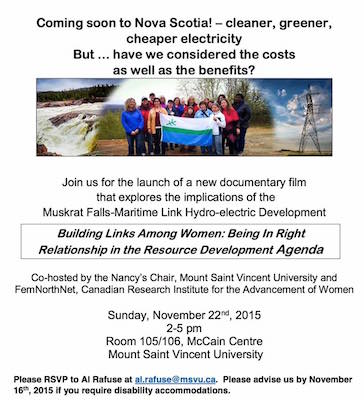 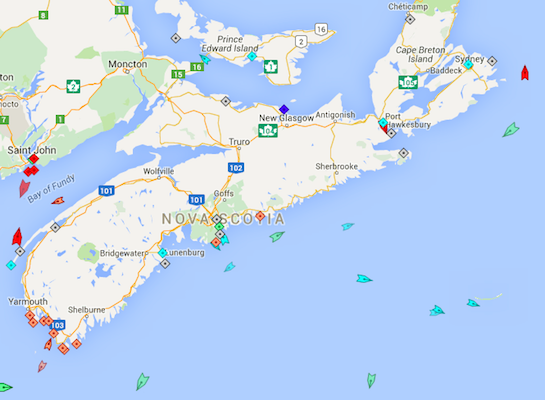