“The provincial Liberal government will proclaim Bill 148 on the union representing the civil service, effectively imposing a wage package on some 7,300 workers,” reports Michael Gorman for the CBC:

Sources tell CBC News the announcement will be made during a Tuesday morning news conference involving Labour Relations Minister Mark Furey, at which point the government’s plan will be laid out.

By proclaiming the legislation, which was passed in December 2015, the government ensures an arbitrator cannot give the civil service, which is represented by the Nova Scotia Government & General Employees Union, a wage package that exceeds the offer presented to all public sector unions. While that offer has been accepted by some smaller unions and was imposed on teachers, contracts have yet to be reached with the civil service or health-care workers.

Reporters were told about the 8:30am cabinet meeting via an email that was sent at 7:43am. 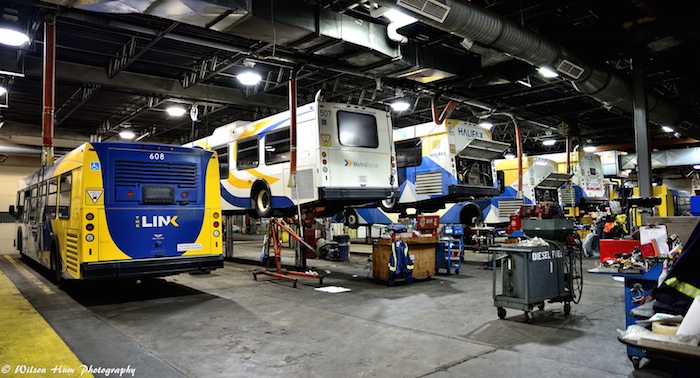 Halifax Regional Municipality is suing three companies for damages related to a spill of 200,000 litres of diesel fuel at the Burnside transit garage that has so far cost the city $2.6 million in cleanup and related costs.

The suit provides the most detailed account of the spill to date, outlining a chain of errors that led to the fuel spill.

As I explain in the article, the spill was the result of a chain of errors. Take any of those errors away, and the spill wouldn’t have happened, or at least would’ve been minimized.

Isn’t that how all disasters go? The 911 terrorist attacks of course required 19 people intent on mass murder, but they wouldn’t have succeeded without a failed security bureaucracy, ignored warnings, and an inattentive president.

Likewise, the failure of Halifax’s sewage plant needed a flawed design, but also improperly connected backup generators and a whopper of a power outage.

Disasters require an improbable sequence of improbable events, and yet disasters occur again and again. We must guard against the improbable.

I was planning to write about the problem-plagued city website this morning, but Tristan Cleveland beat me to it:

Almost all Google results for Halifax.ca were dead for over a month and many still are. If that sounds innocuous, consider that about 7,000 residents visit the website per day to pay fines, apply for permits, sort garbage, and understand decisions that could transform their communities.

People need information from their government like they need electricity and water, and our information pipes went bust.

It happened because the web design company, FCV, were shrinking 60,000 pages to 5,000, which made it hard to match all old links to new pages.

The nearly $2 million FCV was paid, however, is more than enough to ensure links still got people to things they need. An electricity utility can’t just cut power for weeks because of a sloppy transition, and neither can a government website just cut off information.

We reporters try to provide better content for readers by linking to city staff reports and council agenda items in our news stories. But now every link to the city website in every news story written by every reporter over the past decade is dead. Google search results bring up the “Sorry, we can’t find the page” notice. The site itself doesn’t work in most versions of the Safari browser, like, for instance, mine (Version 10.1.2, the latest); here’s what I get when I search something on the site: 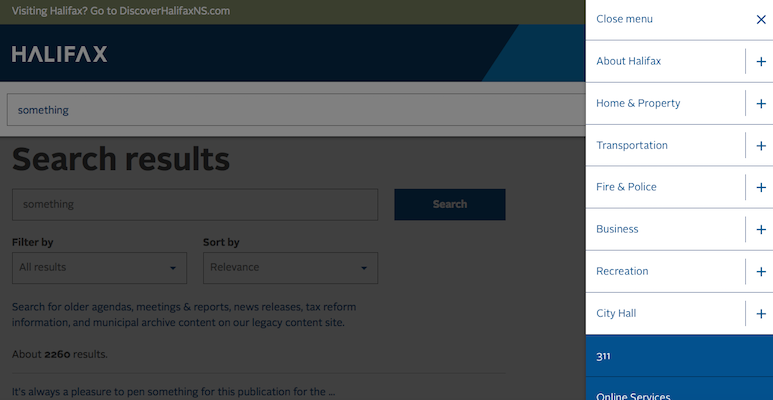 See that menu on the right? It won’t go away. Sure, I can use Firefox or Chrome, but all my bookmarks are on Safari — oh, wait, the bookmarks don’t work either.

And so much stuff is lost. This morning, I got up at 4:30am to add some things to the above article about the Metro Transit fuel spill; I had written most of the article yesterday, but remembered that auditor general Larry Munroe had written a report about the spill, and I wanted to double-check that I wasn’t missing some important piece of information.

Once I went over to Firefox and figured out how to get to the Auditor General page, I found this list of reports: 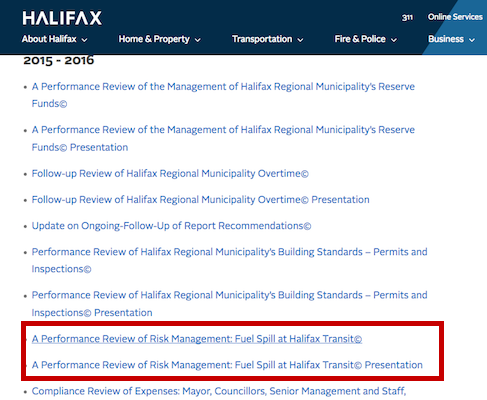 See the two reports in the red box? They are:

So, the first is the long detailed written report that Munroe wrote about the spill, and the second is the PowerPoint presentation Munroe presented to council, right? Wrong. Both link to the same PowerPoint presentation. The long report is nowhere to be found. I know Munroe wrote it, as I read it myself at the time. But so far as the city’s website goes, the report doesn’t exist. (I can’t find it on the stupid “legacy content” site either.)

But forget about my needs as a reporter. The worst thing about the new site is they didn’t fix the worst thing about the old site: the Halifax Transit route map. It was, and still is, completely unusable. Go ahead: try to zoom in on whatever route you’re wondering about. Get back to me Thursday or Friday when you can finally get the resolution you need.

The city’s “new and improved” website is another data point in my theory that we reached Peak Internet around 2008. That’s about when the user experience was at its best, and ever since, websites have been loaded up with so much advertising, tracking devices, “helpful” features that get in the way, autoplay videos, ever-paler text on white background, popup boxes, the hidden closeout X, and so much other crap that the internet is becoming unusable.

Better technology is supposed to make our lives better, not worse. A redesigned city website should better serve citizens, not piss them off.

4. The Globe (except for Atlantic Canada) & Mail

Effective December 1, The Globe and Mail will no longer be distributing a newspaper to you.

We regret to inform you that the expense of printing and distributing a newspaper in your region has become unaffordable. Our core mission is to invest in journalism that matters, so the money now being spent on subsidizing uneconomic delivery routes will be redirected to creating content for all of our customers across the country.

As evidence of our promise to continue our national coverage, I am pleased to announce that we are appointing a new Atlantic bureau chief, Jessica Leeder, an Emmy-award winning journalist. She will take up her post in Halifax on September 4.

Your support of quality journalism is much appreciated, and we hope you will continue to receive the newspaper by subscribing to our e-edition, which delivers an electronic replica of The Globe newspaper each day at 4:30 a.m. The Globe and Mail website, globeandmail.com, also offers all of the stories that are in the newspaper plus many, many more.

Soon you will receive a special customized offer to subscribe to both products for one low price.

Publisher and Chief Executive Officer
The Globe and Mail 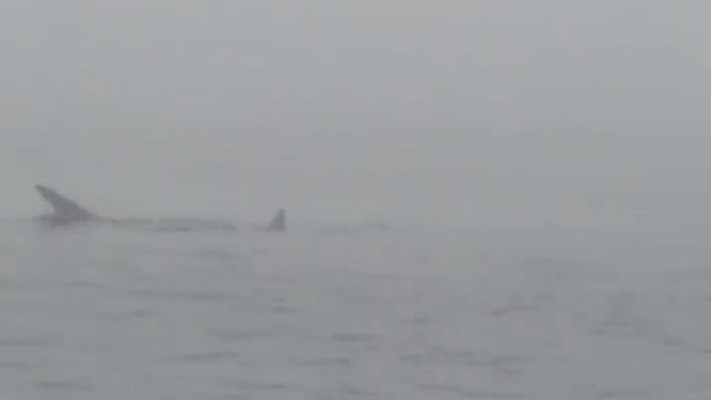 “Veteran fisherman James Nickerson was mackerel fishing at the Cape Sable Island causeway on Sunday morning when he witnessed a primordial ocean spectacle: a large shark exploding out of the water, attacking a seal,” reports Paul Withers for the CBC:

“The whole shark was out of the water — the whole body. It was huge. It was a big shark,” Nickerson said. “It was as big as the boat I was in, put it that way.”

Nickerson grabbed a camera and captured the aftermath as the shark circled in foggy weather. He posted the video on Facebook, where it had been seen more than 45,000 times by Monday.

Alas, Nickerson ruined the video by holding the phone vertically.

And save me your “but Snapchat!”s — Nickerson posted the thing on Facebook. 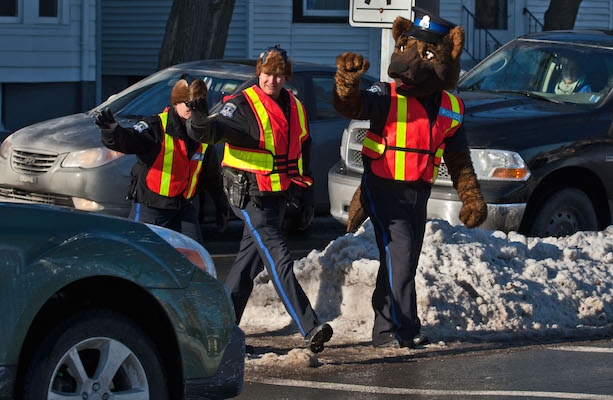 The safest way to cross the street is to dress as a giant dog.

The city this morning issued a Request for Proposals for firms that will manage the “Crosswalk Safety Action Day” to be held on November 29:

The 2017 campaign will generally build on the creative direction from previous campaigns and reflect the need to promote CSAD (tentatively scheduled for Nov. 29, 2017) while building awareness of the need for everyone to believe “it can happen to me so I need to be extra cautious near crosswalks.” The 2017 campaign will launch through social and traditional media no later than October 2, 2017) and will conclude no later than December 1, 2017.

The creative strategy and media buy (for which a budget will be developed separate form this RFP) should reflect a bias towards digital/social media applications, with some print and radio placement.

Thesis Defence, Psychology and Neuroscience (Wednesday, 1pm, Room 3107, Mona Campbell Building) — PhD candidate Marie-Eve Couture will defend her thesis, “A Multi-Method Investigation of the Effects of Alcohol on Depression in Undergraduate Students Who Drink to Cope with Depression.”