In 2015 when Alex “Cunny” Ross released his local hip-hop album, Family Over Fame, he decided to sell t-shirts bearing the title to help promote the album.

Now, Family Over Fame is one of two registered clothing companies Ross owns that are fixtures throughout Halifax and among many Black Nova Scotians.

A series of ads promoting Family Over Fame went into circulation this past week on 40 Halifax Transit buses. The brand was previously promoted on billboard ads currently on Barrington Street in Halifax and on Main Street in Dartmouth. 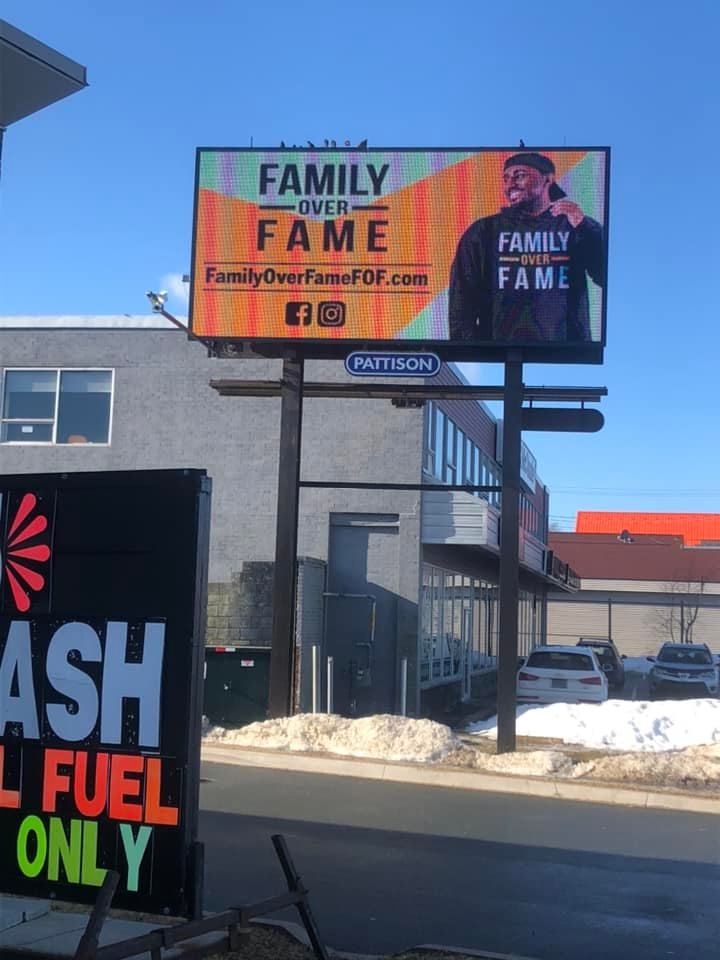 Ross grew up in Uniacke Square in Halifax.

“The time that I came up in Uniacke Square, it was full of gun violence, people were getting stabbed left right and centre,” Ross said in an interview with the Examiner. “There was people selling drugs, dope dealers all around us, right. But the parents that I had around me, like my grandfather, my grandmother, and my mother as well, they made sure that I wasn’t surrounded by that.”

Despite having a solid family foundation at home, Ross said as he got older, he naturally became more exposed to different elements of street culture.

Still, he credits different people who, despite their street involvement, displayed a sense of community by looking out for the youth.

“There’d be those old heads, like when they stuff’s about to pop off they would be like ‘You need to get into the house because things are about to pop off, and a bullet doesn’t have no name on it,’” he said. “And [then] there was guys out that that didn’t really care. If you’re around you see what happens but that’s on you. [But] we had those OGs in the community that would actually care.”

Ross said he was able to keep his nose clean and be confident in himself, despite obstacles and peer pressure. When he dropped the Family Over Fame the album and t-shirt campaign, he said he was known in his community for having a solid reputation.

“They loved to support me because of who I was in the community,” he said. “They knew I was a good kid.” 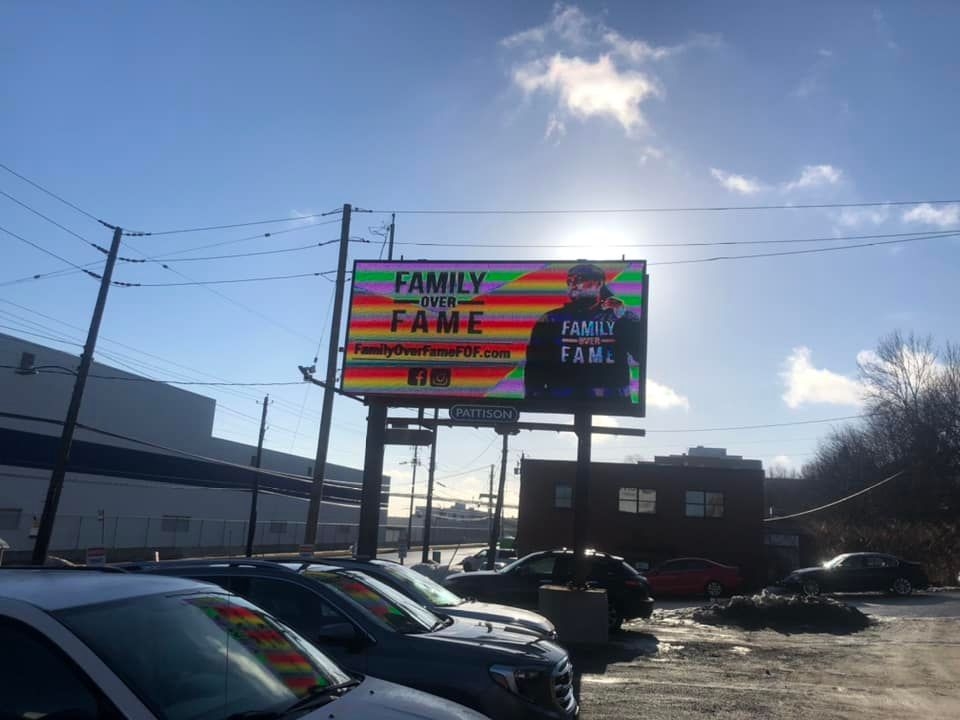 He said the messaging of the album and its lyrical content resonated with a lot of people and he got a lot of positive feedback. That’s when he said he was encouraged to expand the Family Over Fame movement and turn it into a registered business and clothing line.

“So, once I heard that coming from residents from my community I was like you know what, it actually would be smart to invest, to turn this into a business, and let’s see where it goes.”

Ross has since branched off and started an additional clothing line, Alex Ross Clothing, which he said is focused on high-end clothing.

“If you wanna go downtown, and you wanna look fashionable and look cool, or you’re trying to look good for a girl, or you’re going out with your girlfriend, then Alex Ross is for you,” he said. “But if you’re more like a everyday person, where you’re walking down the street and you want to just look cozy or it’s just a chill day for you, then Family Over Fame is definitely for you.”

“Family Over Fame … could mean [put your] community first, you know what I mean. It could mean stopping the violence. Family doesn’t always just mean … somebody that’s your blood. It could mean a community member or somebody you’re not related to,” he said.

Taking it to the next level 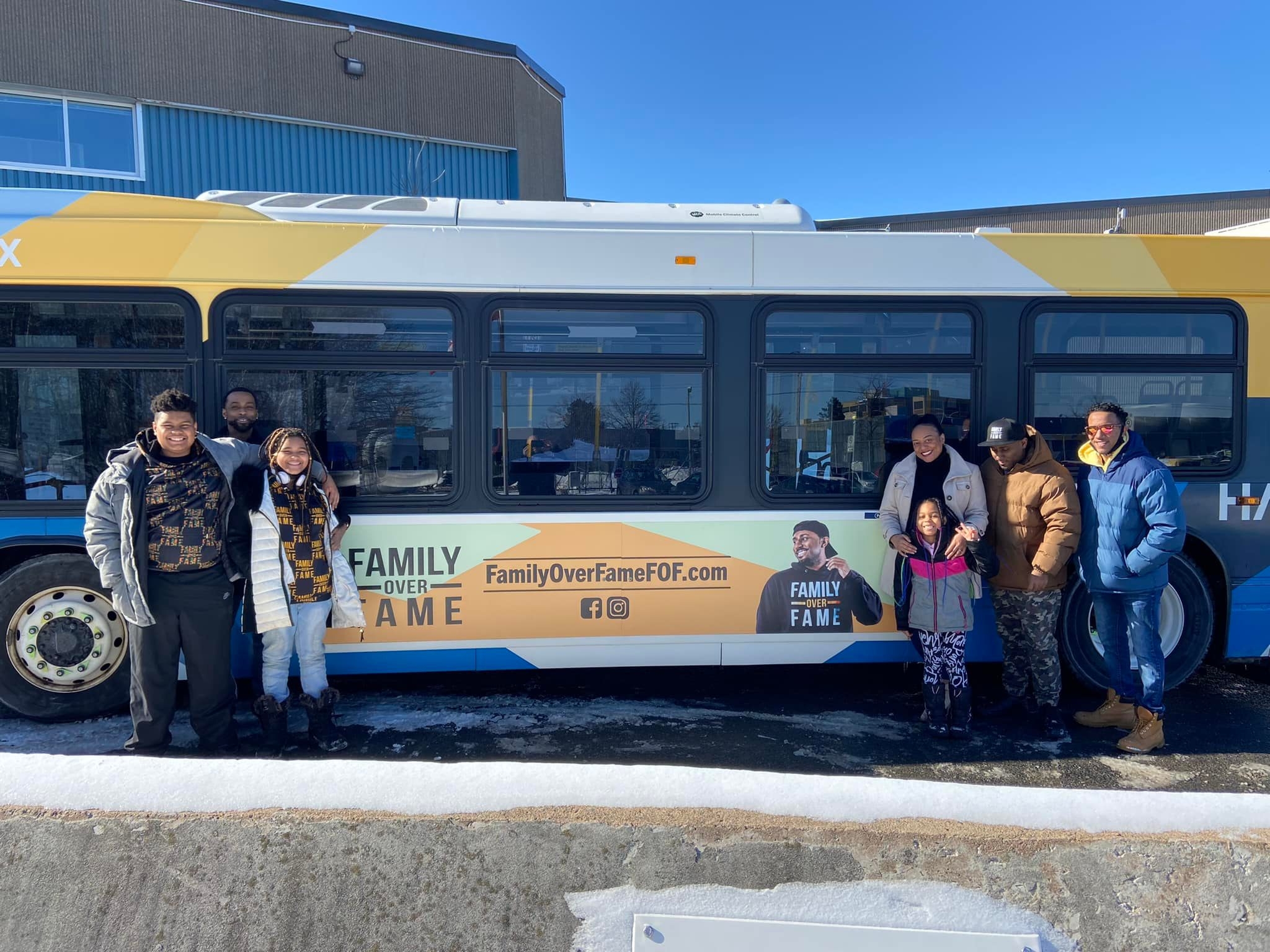 One of the Family Over Fame ads on a Halifax Transit bus.” Photo: Alex Ross.

On Wednesday, Ross posted a picture to social media of one of the 40 new Family Over Fame advertisements on the side of a Halifax Transit bus.

Ross said he came up with the idea and took it to his family and team members who encouraged him to pursue it. He said he had the option to have an entire bus painted with a Family Over Fame ad, but he instead opted for 40 smaller ads on multiple buses to increase its reach.

“We wanted to take our advertising to the next level. We wanted to show Black youth and Black businesses that anything is possible in terms of showing your face on a billboard,” he said. “I just wanted to be one of the guys and one of the businesses to pave the way and show them like, we can do this too.

Ross said he has a surprise on the horizon for Family Over Fame, but he’s staying tight-lipped on his plans for now.

“We’re going to be linking up with a bigtime celebrity sometime this year,” he said. “I want to air it out so bad but the celebrity wants to wait. Just know that something big is about to happen this year. Something way bigger.” 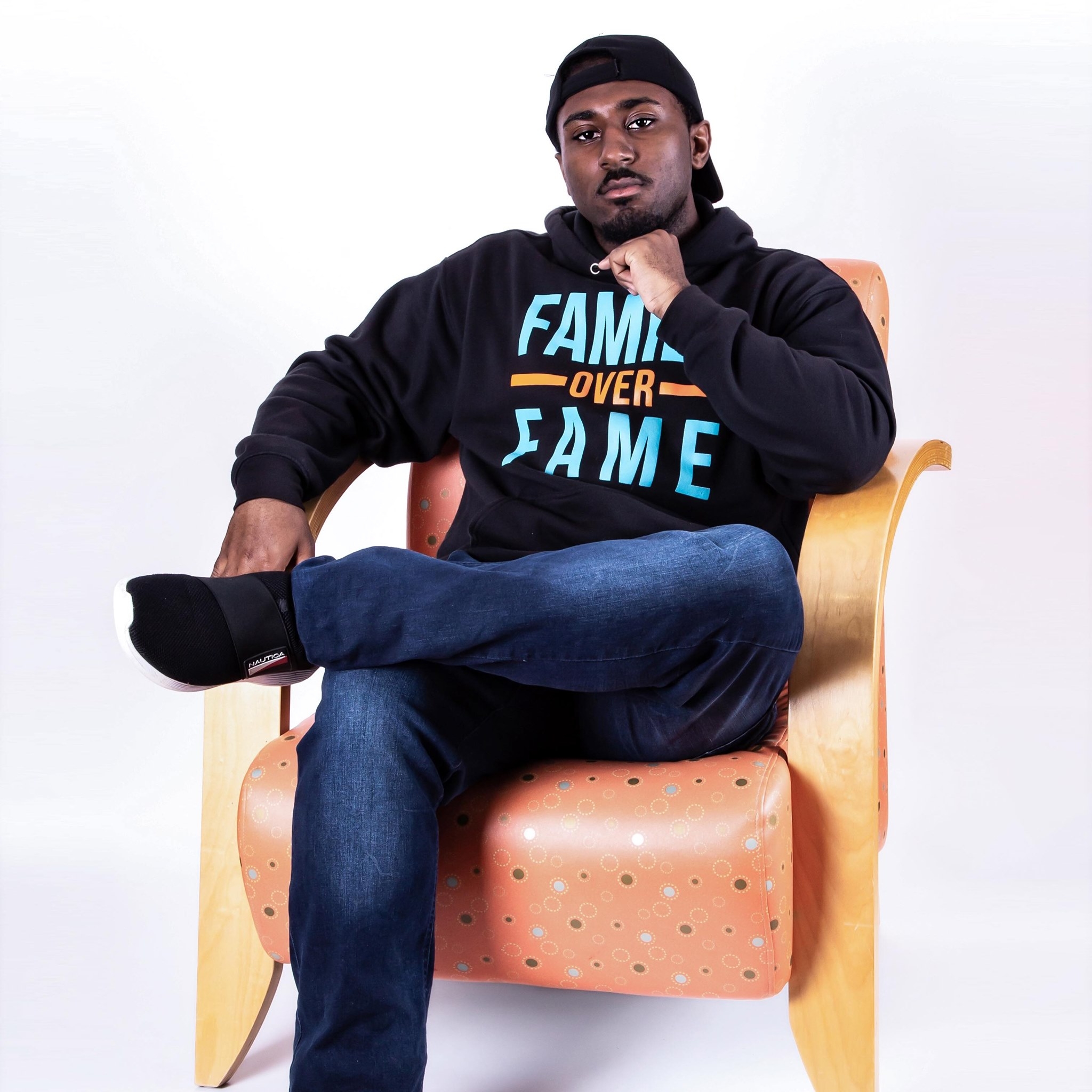