You are here: Home / Featured / Alex Cameron’s “conquered people” brief is odious, but he’s got a good case against the McNeil government

“The Nova Scotia government has won another temporary victory in its attempts to keep court documents sealed relating to a controversial brief that suggested the Mi’kmaq in Nova Scotia were a conquered people,” reports Jean Laroche for the CBC:

On Wednesday, Supreme Court of Canada Justice Russell Brown sided with the province and ordered a stay of a July 4 Nova Scotia Court of Appeal decision that ordered the files be released on Thursday, July 18.

The decision did not include reasons, but said the stay would be in force until the Supreme Court deals with the matter, “or until further order of the Court or a judge.”

Last Friday, Nova Scotia Justice Department lawyers asked the Supreme Court of Canada for a “stay of execution” to prevent the release of documents that could be embarrassing to the Liberal government of Stephen McNeil.

On Wednesday, the province went a step further and requested an “urgent motion for a stay” in a last-ditch attempt to head off Thursday’s planned release of the documents.

Those motions — along with a response from Bruce Outhouse, who is representing Alex Cameron, a former Justice Department lawyer who was removed from the file in 2016 — are not available to the public. 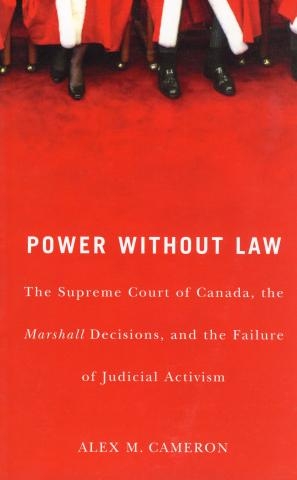 Cameron has a long history of opposing Indigenous legal claims, arguing that contrary to repeated court rulings, Indigenous people do not have the treaty rights they assert. Back in 2009, Cameron wrote a book, Power Without Law, which argued that the Supreme Court of Canada got it wrong on the 1999 Marshall decision. (Donald Marshall Jr. was another wrongfully convicted Nova Scotian; this story involves a later case). One reviewer describes the book as follows:

Cameron emphasizes in Power Without Law that he is providing a legal analysis. He notes that increased Native access to commercial fisheries and other resource-based industries may be a legitimate policy choice, but argues that “policy is the realm of elected governments”‘ and not the realm of judges. Cameron also emphasizes that his book is not intended to be disrespectful of Justice Binnie, who wrote the majority decision in R v Marshall (No 1), or of the Supreme Court of Canada as a whole; nor is it intended as a criticism of Native communities or of Mr. Donald Marshall Jr.

The events leading up to R v Marshall (No 1) started in the summer of 1993, when Donald Marshall Jr., a Mi’kmaq from Cape Breton, caught 463 pounds of eels in Pomquet Harbour, Antigonish County and sold them for approximately $800. In doing so, Mr. Marshall engaged in a commercial fishery and because he fished “without a licence in a closed season with illegal nets,” he was in violation of regulations made under the federal Fisheries Act. Mr. Marshall argued that he had a treaty right to catch and sell the eels which superseded the Fisheries Act.

Although unsuccessful at trial and the Nova Scotia Court of Appeal, at the Supreme Court of Canada Mr. Marshall was acquitted of the Fisheries Act charges.

The majority of the Court held that a treaty signed in 1760, the Treaty of Peace and Friendship (hereinafter referred to as “the 1760 Treaty”), gave Aboriginal peoples in the Maritimes the right “to continue to provide for their own sustenance by taking the products of their hunting, fishing and other gathering activities, and trading for what in 1760 was termed “necessaries,” where “necessaries” were later described as “equivalent to a moderate livelihood.” While the 1760 Treaty made no explicit reference to such a trading right, the majority of the Supreme Court of Canada held that the right existed through the combined effect of oral terms that were negotiated, but not included in the written document, and a clause in the 1760 Treaty which stated that the Mi’kmaq would trade only through government-established truck houses (trading posts).” 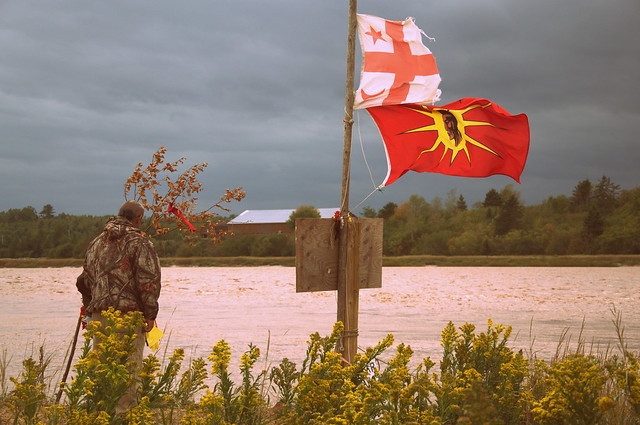 Cameron went on to represent the province in many cases involving Indigenous fishing rights, and from what I understand, he’s gained a reputation for discounting those rights, including in the 2016 Alton Gas case. Stephen Kimber explained:

The government had approved a plan by Alton Gas to store natural gas in salt caverns near the Shubenacadie River. The Sipekne’katik First Nation appealed, claimed it should have been consulted before any decision. Cameron countered, arguing on behalf of the government that it wasn’t required to consult with the First Nation over plans for the project because it was a “conquered people.”

Unsurprisingly, that contentious contention created a hornet’s nest of consternation — followed immediately by much government butt-covering and buck-passing.

McNeil himself offered his best “Who me?” He claimed — still claims — he had no idea his justice department planned to make such an argument. He told reporters at the time he would be “looking for an explanation” from the justice department.

The government quickly withdrew its legal brief, unceremoniously removed Cameron from the case and — he claims — forced him to retire in 2017.

Two days after his retirement, Cameron, who insisted he was only making the argument “in accordance with” instructions from his client (which is to say McNeil, Whalen, the justice department, et al), sued for abuse of public office, constructive dismissal and violations of his constitutional rights.

I’m not about to defend the “conquered people” brief, but I think Cameron has a case here in his lawsuit against the province. I’ve had way too much interaction with lawyers lately, and one thing I’ve learned is that lawyers do not act on their own accord: every document filed with the court, every legal strategy, is approved by the client.

In my case that means I read through a bunch of legal briefs and all the supporting case law, and then I have to give David Coles my OK before anything is filed with the court. Believe me, I would know if Coles called the opposing client a nincompoop or whatever — I’d probably approve it, but I would know.

So if the province had a rogue lawyer who was acting on his own accord and filing court documents that were not reviewed and approved by higher-ups in the Justice Department, then the province has a major problem with oversight that has nothing to do with Alex Cameron. More likely, I’d guess, is that Cameron submitted his brief for approval, and whoever is charged with oversight either gave it a perfunctory read and OKed it, or didn’t read it at all and OKed it, neither of which is Cameron’s problem.

The McNeil government could clear all this up by simply allowing the court documents to be made public, but it’s doing just the opposite by seeking and getting the sealing order. I can’t imagine the Supreme Court of Canada will ultimately find for the province, and the documents will eventually be made public, so all this legal manoeuvring is costing us a lot of money for no reason at all, and is underscoring the McNeil government’s reputation for absurd and undemocratic secrecy.

“After viewing Scott Leslie’s video [above],” writes David Patriquin, “I had one big question: What DOES it take for a site to be protected as Old Growth in Nova Scotia?”

Ben Cowan-Dewar told CBC reporter Tom Ayers that his proposed airport “would go on Crown land off Campbellton Road, about five kilometres northeast of town,” would cost $18 million, split between the federal and provincial governments. The federal portion would come from the rural and northern communities stream.

“A new airport wouldn’t benefit the golf courses right away because they are already booked solid, [Cowan-Dewar] said,” reports Ayers. And excuse me while I clean the coffee I just spewed all over my computer screen.

“Quebec pilot Gilles Morin, 61, was one of seven people aboard a float plane that crashed into a Labrador lake on Monday, killing at least three people on board,” reports the Canadian Press:

Four people remain missing today after a full day of searching by military rescuers and RCMP, scanning Mistastin Lake, where the tail of the plane and other debris were spotted early Tuesday.

Police have charged five people after conducting a search of an illegal cannabis dispensary yesterday in Dartmouth.

Shortly after 11:40 a.m., members of the Drug Unit of the Integrated Criminal Investigation Division conducted a search warrant at Atlantic Compassion Club Society located at 141A Main Street. Investigators seized over $9,000, approximately 2.5 pounds of cannabis and approximately 700 other cannabis products.

Four men and a woman were arrested without incident:

The five accused are scheduled to appear in Dartmouth Provincial Court today to face charges of:

The same dispensary was raided in December, in April, and on July 10.

Gen Silent (Thursday, 5pm, in the auditorium named after a bank) — a screening of Stu Maddox’s 2010 documentary.

Seismic imaging and ultrasound imaging are both based on wave propagation in complex media. I will present high-resolution elastic-wave imaging and inversion for fracture detection in complex geothermal fields. In addition, I will present super-resolution ultrasound imaging and ultrasound waveform tomography for early detection and characterization of breast cancer and prostate cancer. This presentation will demonstrate that advanced imaging techniques can be used not only for natural resource exploration, but also for cancer imaging to save human lives.

A short Morning File today; I’m working on other stuff.