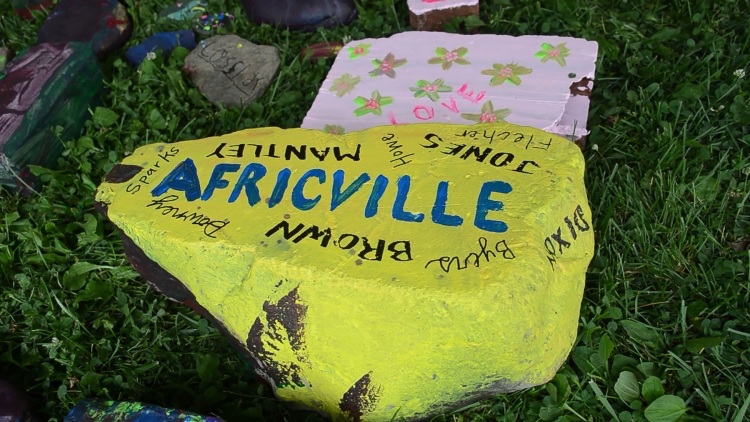 I was heartened to spend time this summer with Black scholar Chana Kai Lee who arrived in Halifax to conduct research on, among other topics, Africville. Now home, the associate professor of history and African American Studies at the University of Georgia recalled her experience at the Africville Museum.

“My visit affirmed my appreciation for how local histories are best kept alive by local folks,” Lee said. “This is hardly a profound notion, but I am always struck by how this simple fact is overlooked by many so-called professional historians.”

She continued: “I have been in numerous museums over the course of my life — as a child visitor on field trips, as an adult tourist, as a trained historian-researcher on a mission, and as a paid security guard working her way through college. …  A place of entrance is an important first moment of encounter. … In the Africville Museum, I got the immediate impression that the story of Africville was a history that had people — contemporaries, survivors, descendants, and others — who still cared about it. They still cared about the humanity of Africville and those who suffered … but who also thrived. They weren’t subsisting when white officials decided to upend their lives.”

I was mindful of Lee’s reflections as I chatted with Toronto filmmaker Cyrus Sundar Singh whose interactive project Africville in Black and White launches at 7pm tonight at St. Matthew’s United Church, 1479 Barrington Street, Halifax. Co-produced with local filmmaker and Africville Museum director Juanita Peters, the special FIN International Film Festival event takes people “beyond the documentary screen,” to a multi-platform, real-time exploration of the North End Black enclave that was razed half a century ago. 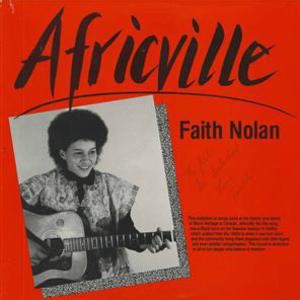 A native of India who immigrated to Canada with his family as a child, Singh said he first learned of Africville through African-Nova Scotian musician Faith Nolan with whom he has frequently performed over the years.

The award-winning director is also an accomplished singer, songwriter, and guitarist. “Faith would talk lovingly about a land called Africville,” Singh said. “Like a lot of people, I had no idea about the Black history of Canada.”

Singh said that his vision for the project emerged about four years ago when, during a family vacation to Shelburne, white tourists kept asking him, a brown-skinned man, to direct them to “the Black museum.” He came to understand that the queries were related to the Black Loyalist Heritage Centre in nearby Birchtown.

“So, I went and found it,” he said, noting the swell of emotion that overcame him while “standing at ground zero” for The Book of Negroes, the celebrated 2007 novel by Lawrence Hill.

Later, in Halifax, Singh made his way (painstakingly) to Africville. “There were no major signs, no road markers, nothing,” he recalled.  There, he said he was stunned to discover that the national historic site had been appropriated as an off-leash dog park.

“The absurdity of it just hit me in the face,” Singh said. “I’m thinking to myself, ‘Are you kidding me? This is sacred ground.’”

After protests from former Africville residents (and their supporters), HRM officials decommissioned the area as a space for the unfettered frolicking of dogs.

But spurred by the controversy, Singh went on to deliver a paper about Africville at an academic conference in the US.  “Many Americans are of the mind that there is no significant Black history beyond their shores,” he said. “They were surprised to learn about the Black presence in Canada.”

Determined to “move the creative needle” of documentary filmmaking, Singh developed a “hybrid performative piece” about Africville in which live singers, dancers, poets, and audience members can engage with each other, in real time. “There’s a script but the event is not scripted,” he explained. “It’s more call and response.”

Check the performance of singer Fantasia at Aretha Franklin’s funeral service for an epic display of the tradition:

“Working with Cyrus has been so much fun,” said Juanita Peters about her collaboration with Singh. “He brings new eyes for a fresh investigation of the story. I love his organic approach to the process.”

“The children of Africville are now in their 60s and 70s,” she continued, noting the rejection, earlier this month, of a proposed class-action lawsuit by former residents of the demolished community. “I think Africville continues to draw the attention of scholars and artists because Canadians truly like to think that [racism] doesn’t happen here.”

As for Professor Lee, she said Africville “echoes countless other episodes of disruption, theft and trauma for the African diaspora throughout North America. … I have reflected on the utter unfairness of Africville’s demise in a transnational, transhistorical context, one in which white brutality begets black suffering (wash, rinse, repeat) and where recompense is delayed or hardly forthcoming at all.”

Tickets for Africville in Black and White are $22.50. Visit finfestival.ca.