You are here: Home / Featured / Advertorial: an unnecessary evil 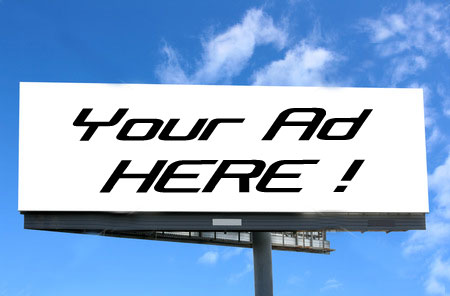 In the early 2000s, I worked as a freelancer for the Daily Tidings, a newspaper in Ashland, Oregon. It was good work, and helped me hone my skills and build a portfolio that would allow me to make a career out of journalism. But Ashland is a small city, and the Daily Tidings a small paper. There wasn’t a lot of work. I wrote four or five news pieces a week, for $50 a pop, and also wrote for the weekend arts supplement the paper published, but I couldn’t make a living off it.

The editor promised to hire me on full-time should one of the two reporting positions become open, but until then, to help supplement my income, I wrote ad copy for the paper—straight up advertorial. I wrote about dog grooming businesses, real estate offices, investment firms. There are a lot of people shilling new age crap in Ashland, and I wrote about them, too: Any woo-woo psychic or channeller or herbal spiritualist willing to buy an eighth-page display ad got the full rapt attention of T. Bousquet, who would write some utter nonsense in an accompanying “article.” I hated it.

Advertorial goes against everything I stand for as a reporter. The editorial side of the news business—that is, the news reporting—should be separate from the advertising side of the paper because readers need to trust that reporters are not influenced by commercial concerns. You should trust that I’m willing to reveal information that may make an advertiser look bad, if that’s what it takes to do my job as a reporter.

Of course, it’s ultimately impossible to completely separate the two (more on that tomorrow), but newspapers used to have a “firewall” between the advertising and editorial departments. The people selling ads didn’t know what the reporters were writing about, and the reporters tried to ignore all the ads that surrounded their news stories.

It gets murky when reporters are also writing ad copy. And like when I was at the Tidings, there are plenty of reporters right now who need whatever income they can find. When you don’t have enough real work and need to pay rent, writing advertorial is a necessary evil.

I never was hired on full-time at the Daily Tidings, but I kept looking for jobs, and in 2004 I was hired sight-unseen as a reporter for the Daily Citizen, in Searcy, Arkansas. I hopped in my pick-up truck and drove 2,000 miles across the American southwest to Arkansas, arriving in Searcy on a Sunday night. I started work Monday morning.

Searcy is a small town, essentially run by the Church of Christ, which operates Harding College, a right-wing fundamentalist school that produced such notables as Kenneth Starr, the prosecutor who chased Bill Clinton for his relationship with Monica Lewinski.

“Downtown Searcy” consisted of the 19th century county courthouse and about a dozen storefronts, most of them long-ago shuttered because they couldn’t compete with the Walmart out by the highway. I rented an apartment on Main Street, two blocks from the courthouse and one block over from the county jail. Going to work in the morning, I’d pass the jail and exchange pleasantries with the trusties washing police cars out in the street. They wore black and white striped prison uniforms; I wore a tie. I’d stop by the town’s one and only coffee shop to read the Arkansas Gazette. Most of the other patrons read bibles, often in prayer circles.

Like two-thirds of the counties in Arkansas, White County is dry, which presented certain logistical problems. It was 32.5 miles to Cabot, just across the county line, where there were two liquor stores, one country bar, one strip joint, and a church. A little further along Highway 167 was a Red Lobster, where Searcy’s upper crust would go to get a discreet glass of wine with their dinner. I could carry booze back home with me, but the rest of the attractions across the county line held no appeal. The social life for a heathen lefty like me was non-existent.

Which, looking back, was a good thing. I had nothing to do except work.  The Citizen office was in a nondescript one-storey brick building. The sales staff, publisher and editor had offices in the front, carpeted part of the building, while the photographer, the two sports reporters, the layout person and I had desks in a bare tiled room next to the bathrooms. Behind us was the 1950s-era printing press in a concrete warehouse, operated by an oil-stained mechanic who managed to track ink throughout the place.

I was the only news reporter in a county of 70,000 people. I had to produce a minimum of two daily news articles (that lucky day when someone held up the grocery store, I wrote seven), plus an “enterprise” piece for the Sunday paper. It was a lot of work, but I loved it. Nowadays I tell young reporters they should seek out the lonely starter jobs in the middle of nowhere, because it will make them better reporters. It certainly made me a better reporter.

I never had any thought about the ad department at the Citizen. My relationship with the sales people consisted entirely of each of them individually inviting me to join them at church, and me politely declining. There was never any discussion of their clients, and I was never criticized, within earshot anyway, for reporting that upset advertisers.

And because there was a firewall between advertising and editorial, I was—with one exception (again, I’ll elaborate tomorrow)—left to my own devices. I was free to write about whatever I wanted to, and I did.

Some of what I wrote was light-hearted, like the day I accompanied the county judge out to blow up beaver dams, or when I interviewed the WalMart clerk who discovered an image of Jesus in her bottle of hand lotion. But I also did some important investigative work. By using Arkansas’ Freedom of Information law (which is far better than Nova Scotia’s), I revealed that an off-duty sheriff’s deputy had gotten drunk, drove around a housing complex, allegedly firing a gun and yelling racial epithets, and then when stopped by local police, stole an officer’s gun. The incident had been hushed up, but after my report, the deputy was forced to resign; a racist cop was taken off the streets. In another article, I revealed that another deputy was charged with a DUI, while driving the sheriff’s truck, an incident that had likewise been covered up by the sheriff. These articles led up to a lengthy and critical profile of the sheriff, which I think still stands as one of my best pieces.

I’m proud of my work at the Citizen, and I’m glad I took the job. But I wasn’t a good fit in fundamentalist rural Arkansas, and a year was enough. I moved to Halifax, where I was lucky enough to land a job at The Coast, and again, was pretty much left to my own devices. Readers will be familiar with that work.

But these are increasingly tight times for newspapers. And just like all the years ago when I found myself writing advertorial to make ends meet, The Coast has embraced advertorial as a way to stay profitable. I can’t say that I blame them—I don’t know what else will keep the free alt weekly business model afloat.

Still, understanding why they’ve embraced advertorial is one thing, and fully participating in it is another. Once again, for the second time in my career, I found myself writing advertorial copy. Except this time I didn’t need to. I didn’t need to build up my portfolio, and I wasn’t writing advertorial as a stopgap to make ends meet until I got full-time employment. Rather, it felt like a permanent new part of my job. I’d be doing it forever, or at least for as long as I worked at The Coast. And I had options—it was an unnecessary evil. I could start my own online news site. So I quit.

Understand that I wish the best for The Coast. I hope they prosper. We need as many quality media voices as we can get in Halifax, and The Coast is irreplaceable. Thankfully, it’s run by hard-nosed and plucky business people who will do what they need to do in order to keep the paper going, and we’re all better off for that.

Just, the advertorial business model embraced by The Coast doesn’t work for me personally. I’m past the point in my career where I need to write advertorial, and I worry that it would lead to readers questioning my straight news reporting. If one day I’m writing ad copy for, say, a car dealership, how can I the next day write a news article that questions the business practices of that car dealership?

I want readers to trust my reporting, and to know that it won’t be swayed by advertising considerations, so I’m going in the complete opposite direction: the news site I’m developing will have no ads whatsoever. Rather, it will be supported only by subscription revenue. I’ll explore how that will will work in future blog posts.