(Owing to a New Year’s Day Downton Abbey binge watch, El Jones is taking today’s Morning File off. She’ll be back next Saturday with her take on what Lady Edith Crawley’s shameful secret might be.) 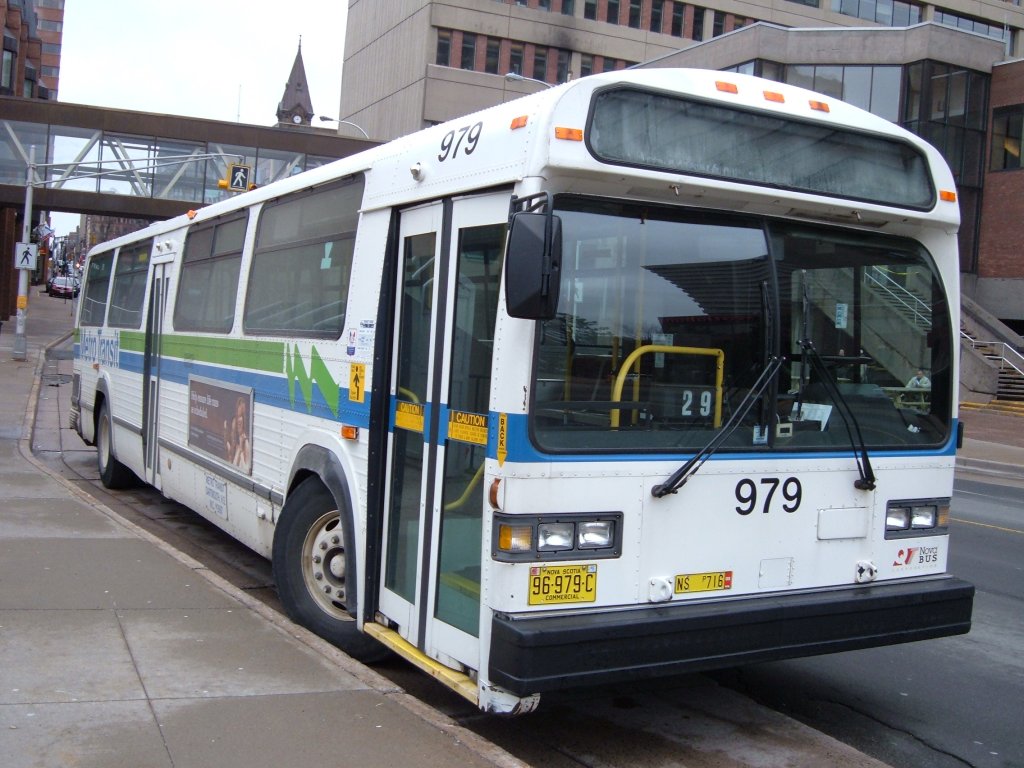 Three insurance companies have refused to compensate the city for a several month-long fuel leak at the bus garage in Burnside. The companies claim that nothing about the spill could be classified as “sudden and accidental.”

Metro Transit lost approximately 40,000-50,000 litres per month for four to five months but apparently nobody noticed. Cleanup costs are estimated to be between $2.5m and $2.7m. Incredibly, nobody seems to have disciplined for this.

The city is expected to appeal the companies’ decisions.

2. Veterans to benefit from ‘ABCs’

CTV Atlantic is reporting that approximately $10,000 of $28,000 raised by a grassroots “Anything But Conservative” group in the run-up to the federal election will be donated to veterans’ organizations.

Patients living on the veterans’ wing of the Harbourview Hospital in Sydney Mines will be one group to benefit from the extra cash.

See? If it wasn’t for Stephen Harper, those vets wouldn’t have seen a dime of that money.

Earlier this year, we interviewed journalist Michael Harris about his book Party of One: Stephen Harper and Canada’s Radical Makeover for an episode of Examineradio. The second-to-last chapter, titled ‘Delay, Deny, and Die’ illustrates the callous disregard the previous Conservative government had for those who serve. The book should be required reading for all politically-engaged citizens.

An IT worker at HMC Dockyard is under investigation for allegedly storing more than 1,000 classified documents on personal hard drives.

According to the Chronicle Herald,

A search warrant filed in Dartmouth provincial court in September alleges that an employee, identified only as Mr. Zawidski, used a Defence Department computer and two networks to store 1,086 secret documents and 11 confidential documents dated between 2004 and 2009. The documents are classified as “Secret” and “Canada Eyes Only” files.

The alleged offence violates the section of the Security of Information Act that involves endangering the safety of “the secret official code word, password, sketch, plan, model, article, note, document or information.”

I love the phrase ‘secret official code word.’ In fact, I had one when I was eight to prevent girls from infiltrating our clubhouse.

Michel Drapeau, a professor of military law at the University of Ottawa, said the big unknown is what may have happened to the information.

“It’s not so much what he had access to as what did he do with it?” Drapeau said. “Was there damage? … We don’t know.”

Although details of the allegations are sketchy, Drapeau said they raise concerns about why it appears to have taken several years for the alleged breach to come to light.

“The date of the documents doesn’t concern me. But the fact that he would have committed the breach between 2004 and 2009, it begs the question, why did it take you so long? It shows that we’ve got to be alert. It begs the question, ‘Did the protective system in DND (Department of National Defence) work?’”

The owners of Canada’s largest independently-owned newspaper have penned an open letter to its readers. I’ve included it in its entirety here:

The Chronicle Herald is local and family owned. Both are strengths. We are proud of the work we do and the people who do it. Our paper, however, faces the same challenges that all newspapers face. Costs are rising and revenues are falling as we meet the challenges of adapting to a digital world while continuing to serve our loyal print readers.

We have pursued new advertising opportunities, which are encouraging. That said, costs must be reduced for us to continue. There is no other way. We have introduced efficiencies and negotiated with suppliers and contractors for better prices. But more than 50 cents of every dollar we make goes to wages. Unfortunately, dealing with those costs affects jobs and people.

The company has presented a cost savings plan to the union representing our newsroom staff at the bargaining table. Our plan includes necessary changes that our union opposes, including:
• Eliminating some positions.
• Adopting a 5-day, 40-hour work week.
• Replacing a company pension plan with a union sponsored plan and a defined contribution plan.
• Protecting jobs by contracting in rather than contracting out the work of editors as has been done at The Globe and Mail, Toronto Star and Postmedia.

We have the highest wages and largest newsroom in Atlantic Canada. This will continue, but new employees would be paid less than the current union salaries which exceed $80,000 at the top end.

We are a fair employer, one that is enshrining all the protections of the Human Rights Act in a new contract.

The collective bargaining process is often difficult but we hope to emerge with an agreement that will be sustainable, strengthen the newspaper and protect jobs in the long term.

Thank you for your patronage.
Mark Lever
President and CEO
The Chronicle Herald

We reported on the Halifax Typographical Union’s concerns about a lockout a couple of weeks back, and we hope to speak with both management and union officials in the days ahead.

It’s interesting to note that Lever doesn’t address the union’s concern that management plans to “eliminate the contract clause that says: “The company at all times recognizes the principle of equal pay for equal work for male and female employees,” except to say that they plan to respect the Human Rights Act. Seems to me that these are two contradictory points.

Also note that Lever says that new hires will be paid less, but gives no indication what a starting salary would be noting only that the highest-paid staff exceed $80k. How many staffers are receiving that amount? Lever doesn’t say.

As promised on New Year’s Eve, here is the second part of my curated list of stuff that rankles our editor:

3. Bullshitters of the year

I thought it might be fun to wander through the Examiner archives to see who we tagged with this dubious honour this year. I suspect you’ll see some of these names get nominated again in 2016.

3. Pedestrians struck (and struck and struck)

As most readers know, we’re diligent about reporting pedestrian injuries. While it would appear that accidents declined overall in 2015 (at least according to stats released partway through the year), the Halifax Examiner listed 64 incidents this past year. These are only incidents that were released by police, so the number is likely higher.

It would appear that there were three pedestrian fatalities this year. At least 34 motorists were charged in these incidents with a range of offenses. Most commonly, ‘failing to yield.’ In only three instances that we reported was the pedestrian charged.

Finally, to the commentariat that blames ‘stupid kids texting and listening to their fancy iPhones’ as the reason for so many accidents, the median age of the pedestrians was 38.8 years. 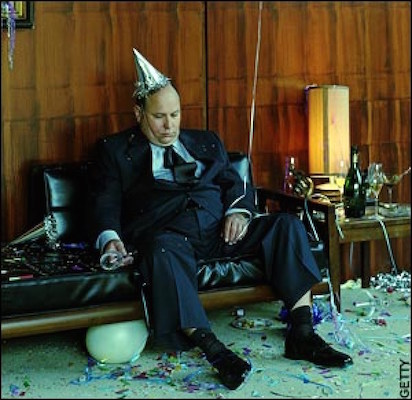 Government staff continue to nurse their New Year’s Day hangovers, but promise to be in great shape for Monday morning. 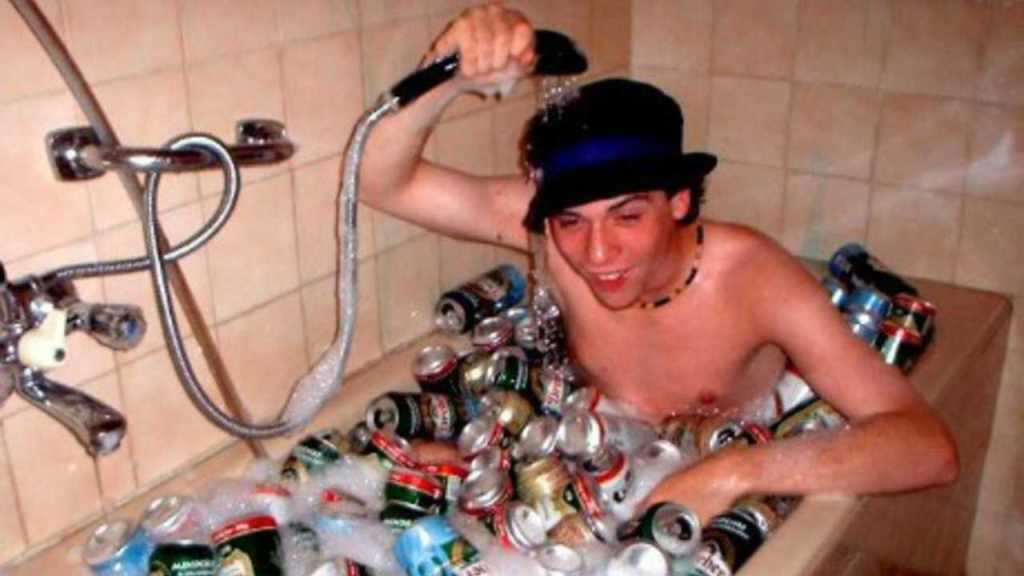 Post-secondary students continue to nurse their New Year’s Day hangovers, but promise to be in great shape for Monday morning. 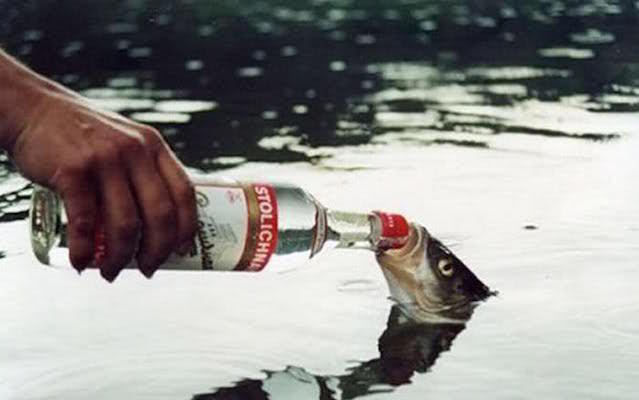 The fish continue to nurse their New Year’s Day hangovers, but promise to be in great shape for Monday morning.