Note: this is an abbreviated version of Morning File, as I’m travelling and catapulting between airports.

“The government’s massive $39-billion national shipbuilding procurement strategy (NSPS) is in need of repair, with costs for some projects soaring by as much as 181 per cent and others on the cusp of being cancelled, according to briefing materials prepared for some Liberal ministers,” reports the CBC’s Parliamentary Reporter, James Cudmore:

CBC News has learned Defence Minister Harjit Sajjan and Public Services Minister Judy Foote were warned the government needed to institute a four-point “action plan” to get the program back on track.

They were told budgets set under the procurement strategy process were out of line and “did not adequately account for risks and uncertainty.”

There was also a warning that another planned coast guard ship, the offshore oceanographic science vessel (OOSV), would need to have its funding envelope increased, as would the multi-billion-dollar replacement program for Canada’s frigates.

The frigate program is for up to 15 so-called Canadian surface combatants (CSC) and has a rough budget of $26.2 billion. Those ships are to be built at the Irving Shipyards Inc. facility in Halifax.

The warning of cost increases so early in development suggests there is some problem other than design.

A petition in opposition to drilling off the Nova Scotia coast, signed by nearly a quarter of a million people, was presented to the Canada-Nova Scotia Offshore Petroleum Board yesterday.

The petitioners were ignored.

“A well-known naturalist and former university professor says he’s ‘horrified’ that more than a dozen hectares of land within Long Lake Provincial Park have mysteriously and suddenly been cleared of trees,” reports Frances Willick:

Martin Willison estimates that 16 to 20 hectares were cut within the last few days along the eastern edge of the park.

Fresh stumps and fallen trees, scrub and foliage are left where second-growth forest existed just days ago. Willison said he doesn’t know who is responsible for the damage.

The stretch of affected land runs alongside Old Sambro Road northeast of Leiblin Drive, near the Irving gas station. The area is part of a provincial park, and is therefore protected land, said Willison.

“It’s illegal. It’s unapproved. If I were to pick a flower, according to the law, I’m breaking the law. So obviously, knocking down 20 acres of trees is a serious violation of the law. It has to be prosecuted.”

“The exact number of refugees coming to Nova Scotia and when they’ll be here is still unknown, but the government says 20 to 30 families will be coming to the province,” reports Metro. 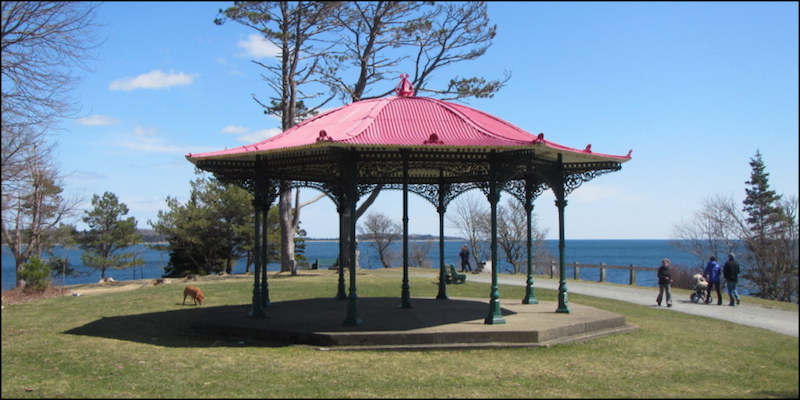 “As you may have noticed, I’m a fan of the decorative cast iron that was popular from about 1860 until the First World War,” writes Stephen Archibald, who then goes on to examine the summer houses at Point Pleasant Park.

Re: “Move afoot to put Stoffer in Senate” (Nov. 11 story). I think the best job for Peter Stoffer is mayor of Halifax.

Crosswalk Safety Advisory Committee (10am, City Hall) — nothing much going on.

Transportation Standing Committee (1pm, City Hall) — Dexter Construction’s Occupational and Health Committee has raised concerns about the safety of pedestrians and cyclists on Rocky Lake Road. The committee is being asked to get a staff report about what to do about it.

On November 26, 1907, the first dial telephone in Canada was used in Sydney Mines. 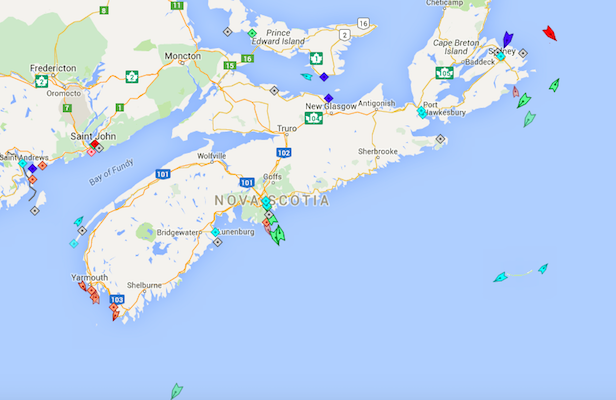 The seas around Nova Scotia, 6am Thursday. Map: marinetraffic.com

Family day for me.