You are here: Home / Commentary / A White People’s Guide to Black History Month

It’s February, the most dangerous month of the year for free speech and free expression in Canada.

A good way to start off the month if you’re white is by a bunch of white people having a conversation among themselves about how important it is to have a conversation about whether blackface is racist or not but also that you didn’t say the things that you are directly quoted as saying. You know how Black people can’t read.

Clearly, what is most racist in Black History Month is that it should be called All Histories Month. Are you saying only Black histories matter? Why do you hate other histories? Even though Black people misleadingly claim this month is only about history, in reality you will find that Black people like to use this month to talk about racism, even though history is over and racism only existed “back then.”

What is key in conversations about racism is to not speak to any Black people. You see, when Black people talk about how things are racist by giving things like facts, history, or explaining their life experiences, it’s very important to remember that your opinion that you just came up with yesterday to defend something that Black people explain is racist is obviously more valid. 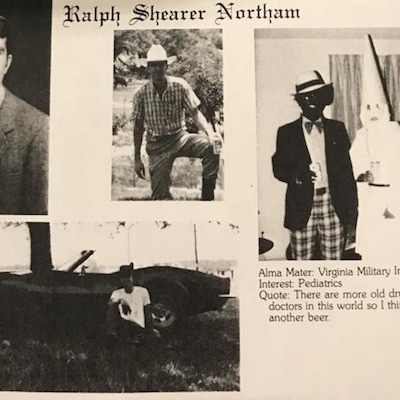 Here are some good words to remember for Black History Month. Always describe issues of racism as “controversial.” That makes it sounds like there’s a “debate” about these issues, and then you get to position yourself as calm and reasonable, and the people who are talking about things like history and systemic racism as disruptive, dangerous, and irrational.

Always suggest that all you are doing is “debating.” Just remember, Black people aren’t actual humans who have lives, jobs, or dignity. Black people just exist as examples for you to use to illustrate “controversial” issues. Kind of like specimens, or zoo animals.

If Black people object to your characterization of them, then be sure to say you were “just joking,” “just raising some interesting points for discussion,” or that you are just “exploring both sides in a balanced manner.”

If Black people are hurt by having issues that seriously affect their lives callously made into examples, then move to the next step.

Always accuse Black people of being “offended.” Remember, they are emotional and unstable, and you are a calm, reasonable white person. Calling them “sensitive” or “PC” is another good option. No matter how informed they are, always suggest the problem is their perceptions and feelings. Black people get carried away easily. That’s why there’s so many of them in prison.

Remember, when you are being emotional and getting upset about things like seeing a Black Santa or Black people having conversations that don’t involve you, refer to this as “common sense.” 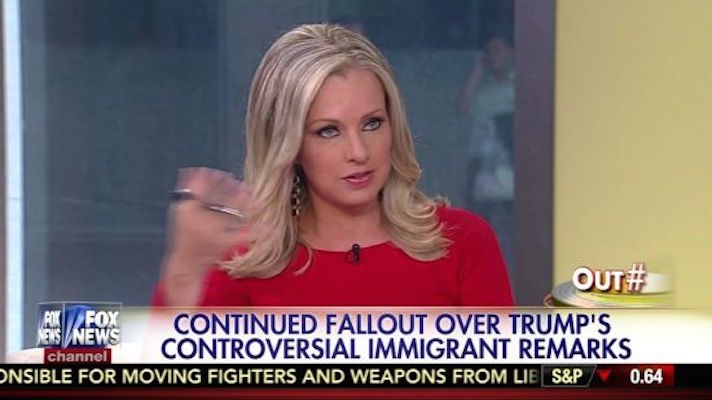 When you say offensive things, suggest you are open to debate. This makes it sound like Black people are aggressive and angry, and you are being victimized by them, yet still maintaining the high ground.

However, if you have already been debated, and lost, then you should say you didn’t actually say the things you said and suggest that you don’t know why Black people are acting like this. Don’t forget, you are civilized and they…well. Don’t worry about ignoring previous times Black people have already spoken to you and explained. Nobody actually cares what Black people think and say so you can pretend they never said it with no consequences. 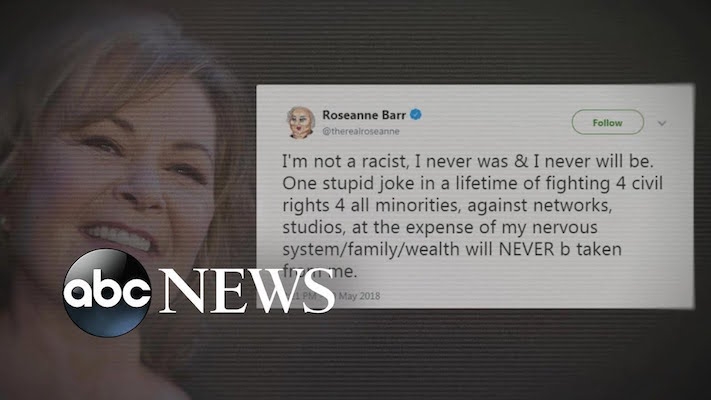 If you make it through these basic levels, there are some other ways you can celebrate Black History Month.

For example, it’s always a good idea to throw in a quote by Martin Luther King, Jr. Don’t bother reading “Letters from a Birmingham Jail,” or “Beyond Vietnam.” Don’t even bother reading the entirety of the “I Have A Dream” speech. Just read the line about holding hands with little white girls and boys. White people are the most important part of what Martin Luther King Jr. stood for and should be centred in your discussions of him. 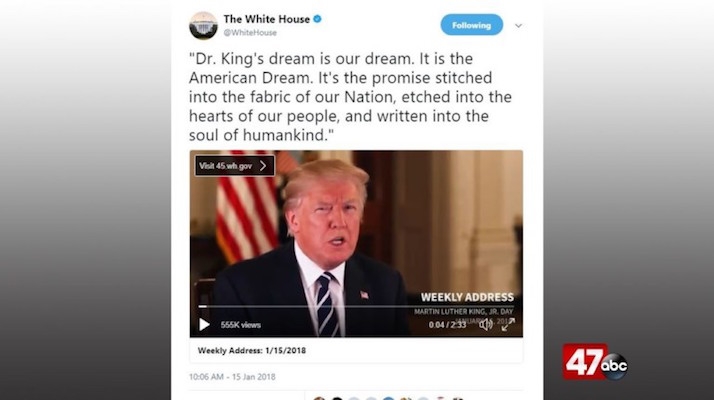 If Black people are doing things like telling you facts, disagreeing with you, protesting, talking about the police, or telling white people they should maybe be quiet and listen, then you can honour Black History by telling them that Martin Luther King stood against violence and that they should be more like him.

Remember: actual violence against Black people like police shootings or deaths in immigration custody isn’t really violence because they deserve it, but Black people talking about racism is definitely violent and MLK would be ashamed of them.

“Real” racism is defined as slavery, burning crosses, or actively wearing a KKK hood to class. However, should you need to defend any of those things, then they are also issues that are “debatable.”

When Black people talk about any of the racism they experience daily, make sure to tell them that talking about these issues takes away from issues of “real” racism. No matter what issue Black people are identifying — workplace racism, racial profiling, Black people dying — remind them that “real” racism existed in the past, and what they are experiencing today doesn’t count.

Don’t forget to inform Black people that talking about their actual lives “cheapens” the “real” racism that never actually happens, and they are actually to blame when it does happen (which it never does) because they made people not care about “real” racism by talking about things that aren’t really racist.

Black History Month is also a good time to learn the name of one Black person to prove you aren’t racist. This year, it’s a good idea to just say Viola Desmond’s name randomly. Try to use it to remind Black people today how they should just be quiet because Viola Desmond stood up and fought “real” racism. You don’t have to know any other Black women from history or respect or listen to any living Black women. Just say, “I’m not racist. I admire Viola Desmond.”

Talk about what a pretty, nearly white looking lady she was while stroking her face on the bill. If only all Black women looked like that gal, they wouldn’t all be single mothers. You can’t be racist if you find her attractive!

If Black people actually protest, make sure you emphasize how few of them there are. They don’t speak for all Black people! But also, even though there’s only a few of them, Black people protesting are also the greatest threat to society so it’s also really important to wring your hands about how they are “the problem.”

This is a good time to talk about your Black friend who agrees with you and also thinks those Black people should just be grateful. Your Black friend, like that cab driver who drove you to the airport once and just nodded silently the whole drive. Gosh, if they were all like that we wouldn’t be in the same pickle.

If you find yourself in a discussion about racism during Black History Month, blame the problems in the Black community on the fact that Black people just don’t respect education. If they put more time into learning, and less time into listening to hip hop, maybe they wouldn’t have so much crime.

But also, if an educated Black person knows more than you and is talking about issues of race with authority and facts, then you can call them “elitist,” suggest they are “uppity,” or just ignore what they are saying and say that “they just hate white people.”

If you hate Black people, though, then remember, you are just “debating” or “a straight shooter saying the things everyone thinks.” Really, the person who’s most like MLK here is you.

It takes real courage to stand up and talk about how Black people should just pull up their pants if they don’t want to get shot by the police. Also learn the words “border security,” “Canadian values,” and “thugs” to have conversations about hating Black people while claiming you are just discussing “respecting the law.” 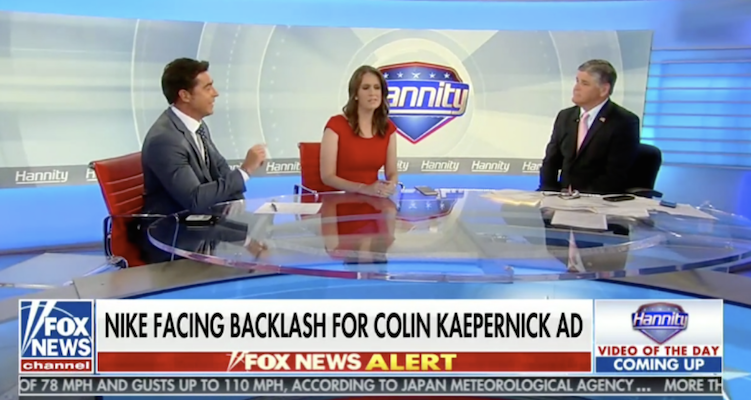 Black History Month can be a good time to attend Black events. Make sure to take a picture so you can use it as proof later that you have Black friends and are not racist. Be careful, though. You don’t want to go to events in the Black community, that’s dangerous. Stick to events in safe places, like libraries not in Black communities.

If you do go, feel free to approach any speakers who speak about things like police profiling, racism in the school system, or their daily experiences of white supremacy and inform them that they just lost an ally because of their tone. Remind them that if they want people to listen to them, they should probably stop being so angry. This is a good time to bring up MLK.

Other good topics to raise with speakers at these events are: “Why don’t you talk about Black on Black crime?” “Is anyone talking about how they don’t have fathers in the home?” “I’d like to hear someone talk about how affirmative action actually harms Black people by making them think they’re as good as white people when they aren’t” and “maybe you should talk about personal responsibility.”

Alternatively, if you don’t want to attend any events, then point out how it’s not fair that Nazis aren’t allowed to meet, but Black people can hold events where they drum and dance. “Why is there no white history month?” you can muse as you attend Maxime Bernier’s convention. “Why don’t white people get to be proud of who they are?” you wonder, wearing your MAGA hat. 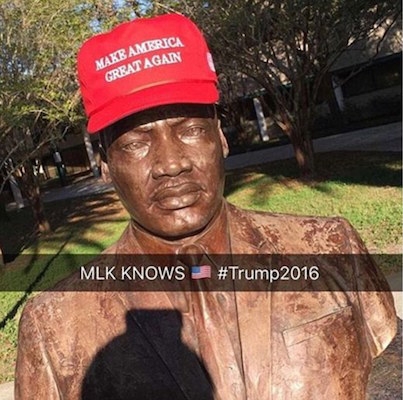 Image from the Daily Mail.

Black History Month can be a challenging time, what with it being the one time a year your workplace, school, or local news actually forces you to see a Black face or listen to something about Black people. Everything is about Black people these days! However, with a bit of planning, you can make this month work for you as a white person.

If nothing else, you can always remind Black people “we give you Black History Month, what else do you want?” next time they demand things like stopping deportations of workers, not being followed around stores and accused of shoplifting, or for white people to not touch their hair.