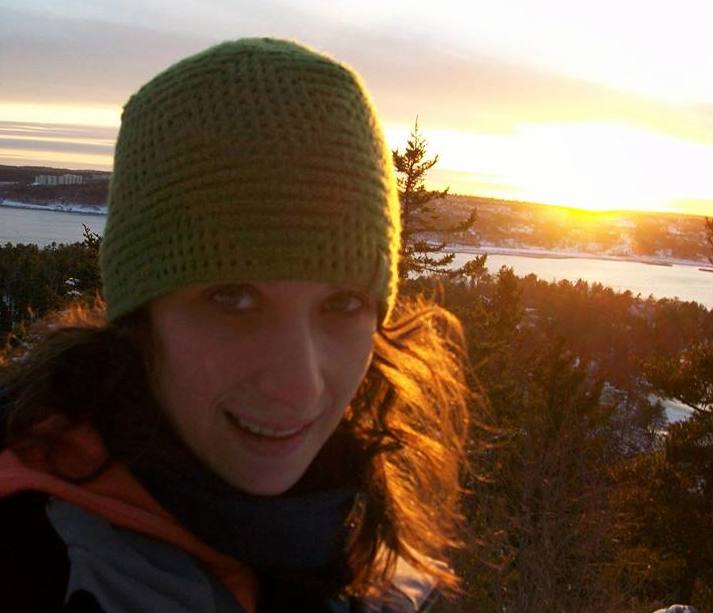 The investigation into the murder of Catherine ‘Catie’ Miller is progressing.

Today at approximately 7:30 a.m. investigators in the Homicide Unit of the Integrated Criminal Investigation Division made two additional arrests in connection with the murder of Catie Miller. A 30-year-old woman was arrested at a Lawrencetown address and a 30-year-old man was arrested at a Port Dufferin address. They are currently in custody at Police Headquarters for questioning, and charges are anticipated.

Police are holding four scenes at this time searching for potential evidence related to the investigation. Two scenes are in Lawrencetown, one is in Port Dufferin and the other is in Goffs.

Investigators in the Homicide Unit of the Integrated Criminal Investigation Division searching for potential evidence in the Catie Miller murder investigation have located human remains.

Earlier this afternoon, investigators working one of the scenes located human remains. It has yet to be determined if they are the remains of murder victim Catie Miller. The location of the discovery of the remains will not be released at this time to protect the on-going investigation.

The man and the woman arrested earlier today are still in police custody and although charges are anticipated against them, no charges have been laid at this point.

Further updates will be released as the investigation allows.

I’ve published the complete timeline and more details of the wrongful conviction of Glen Assoun:

Assoun’s wrongful conviction is not just a miscarriage of justice, but an indictment of police investigators and the courts. It’s important that we know exactly what happened. The evidence that led to his release is still sealed by the court, but there is much information in other court files, and that I’ve otherwise collected, to give a broad outline of the story.

This story is behind the Examiner’s pay wall, and so available only to paid subscribers. To purchase a subscription, click here.

I’m sure Munroe’s report will be damning, but it’s not even half the story. Stay tuned.

Caleb Lohr, the son of King’s North MLA John Lohr, was found dead yesterday, after having gone missing while hiking. Caleb Lohr was the man who in October attempted to escape from a burglary scene by paddling a canoe across the Northwest Arm in Halifax. 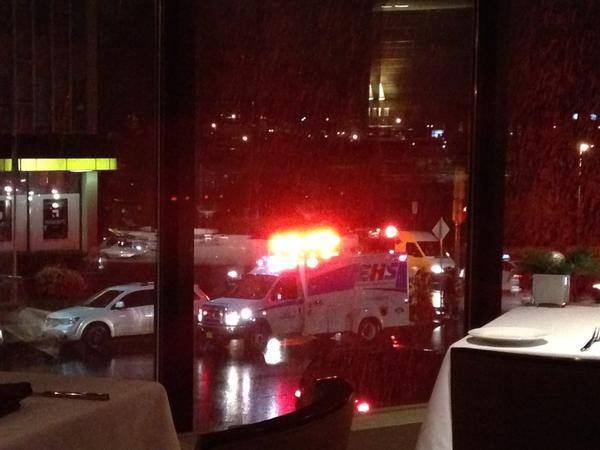 At Quinpool and Robie last night. No details yet.

The Thiel family—owners of the BMO building, the TD Centre, and the Royal Bank Tower in downtown Halifax—is in court today asking a judge to rule that by granting the exemptions to allow construction of the Nova Centre, the province violated both the provincial Municipal Government Act and the HRM Charter. Reporter Rachel Ward will be at the hearing for the Examiner. More details here. 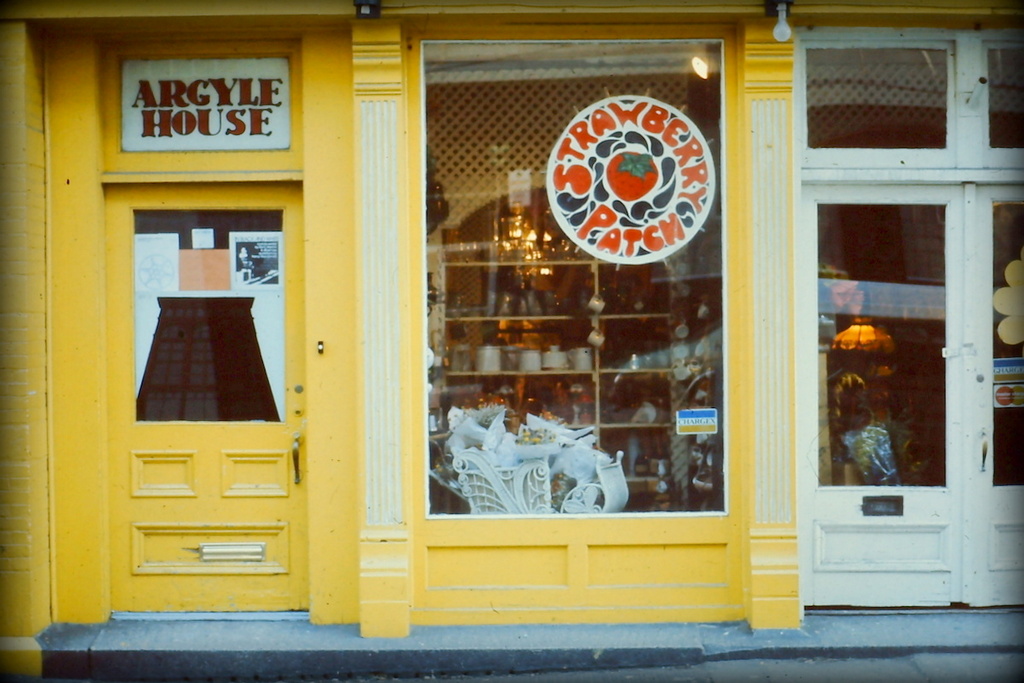 Stephen Archibald has more photos of buildings in Halifax.

In your Nov. 25 “Today in History” column compiled by the Canadian Press, it is incorrect to say that the capture of Fort Duquesne in 1758 was during the French and Indian War. That is the American name for that widespread conflict, which to us is the Seven Years’ War. Please remember who and where you are.

Crosswalk Advisory Committee (10am, City Hall)—the committee will discuss recommending to the province that it increase non-monetary penalties for crosswalk violations. Presumably, more points on your licence

Standing Committee on Economic Development (9:30am, Room 233A, Johnston Building)—Simon d’Entremont, the deputy minister at the Department of Economic and Rural Development and Tourism, and Tom Traves, the former Dal prof who is supposed to know everything about everything, will be asked about Invest Nova Scotia, which is a new slush fund created by the Liberals to funnel money to favoured corporations and to make it look like they were doing something about the old slush funds that were used by previous governments to funnel money to favoured corporations.

Fisheries management (Thursday, 3:30pm, Fifth Floor Lounge in the Biology wing of the Life Sciences Centre)—Ian Bradbury, from the Department of Fisheries and Oceans, will be talking on “Scanning the genomes of exploited marine species: population genomics and fisheries management.”

Art, Medicine, Science and Technology (Thursday, 7pm, Theatre A, Tupper Building)—Kim Morgan, the artist-in-residence for the Medical Humanities HEALS Program at Dalhousie, will be presenting.

Risk Analysis of the Effect of Extreme Weather Conditions on Commercial Fishing Vessels Incidents (Friday, 11am, Room 310, 5269 Morris Street)—Sara Rezaee, a PhD candidate in the Department of Industrial Engineering, will be presenting:

Fishing is one of the most dangerous occupations in Canada, with a fatality rate of 1.15 per 1000 persons. In addition to the high incidence of fatality, fish harvesters are also at risk of wide range of non-fatal injuries during their work at sea. Weather factors are an intrinsic part of fish harvesters’ operating environment and they consider the most dangerous situations at sea to be associated with weather-related factors. This research aims to answer questions regarding the effects of cyclone weather conditions on maritime incidents. Two types of data (i.e. weather, and marine incidents) were matched spatially and temporally and modelled to explore their relationships. Weather factors are wind speed, air and sea surface temperature, Laplacian pressure (cyclone’s intensity), specific humidity, precipitation, and ice concentration.

Logistic regression and support vector machines were applied to determine the relationship between weather factors and incidents severity level for individual fishery types. To understand the relationship between aforementioned weather factors and the probability of marine incident occurrences, logistic regression and zero inflated negative binomial regression were carried out for individual fishery types.

The findings of this research can help the Canadian Coast Guard or other decision makers in marine safety to make improved decisions about issuance of weather warnings such as Small Craft Advisories. Higher state of readiness of Search and Rescue resources can be maintained under certain cyclone weather conditions when more distress incidents are to be expected. Mariners can also be provided with better information about the potential consequences of certain weather conditions so they can better prepare or even avoid risky conditions. Clarifying how weather conditions affect marine incidents will provide another piece of the puzzle towards a better understanding of the maritime risk picture.

Retirement, hahahaha! (Friday, 3:30pm, Room 1108, Mona Campbell Building)—Umut Oguzoglu, from the University of Manitoba, will be talking on “Aching to retire down under? Rise of retirement age and growth of disability support pension,” presumably about retirement in Australia.

The real story of American Thanksgiving. 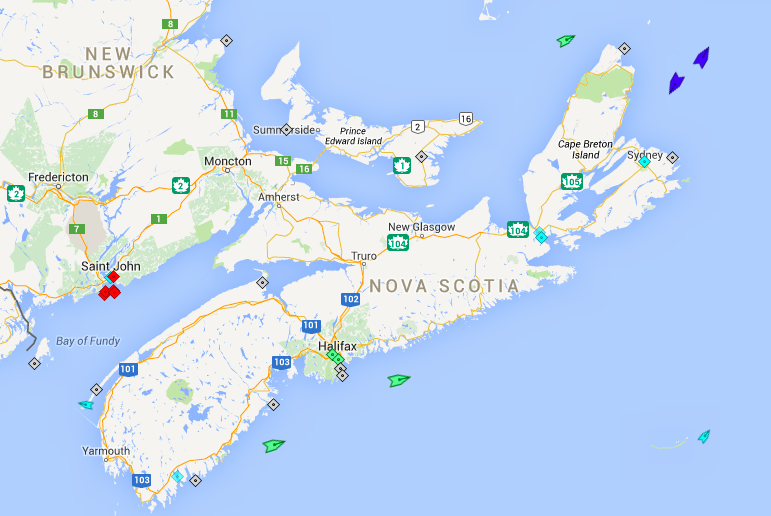 The seas around Nova Scotia, 4am Thursday. Map: marinetraffic.com

The weather is keeping most ships at anchor.

Today is technically a holiday for me.