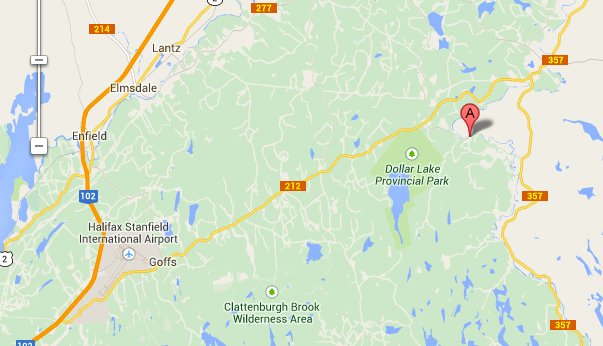 Police say two of the three deceased people recovered from the Wyses Corner fire scene—an 81-year-old man and a 54-year-old women—were “murdered.” They haven’t released the age or sex of the third victim, and aren’t yet saying whether he or she was murdered. A 30-year-old man was arrested early Thursday morning in connection with the blaze, but he has yet to be charged.

Reporter Chris Benjamin went to a press event held yesterday in opposition to the province’s aquaculture policies. His article will be published on the Examiner site this morning.

Wednesday morning a source told me that Dalhousie University had hired a crisis communication firm to advise and assist on the dental school misogyny file. I don’t know that there’s anything untoward or even that newsworthy about the university bringing in outside guns with more expertise, but I found it interesting—perhaps Dal had hired Navigator Ltd., the firm Jian Ghomeshi went to, I thought. So I dutifully contacted Dal’s Communication team. Repeatedly. To no avail. All day Wednesday the “communication” specialists didn’t answer their phones, or respond to voice mails or emails. Late yesterday, I finally got one of them on the phone and asked again; she said she’d run it up the chain of command.

An hour later, the CBC published an article quoting an email from Sherry Porter, a member of the Dalhousie board of governors. In the email, Porter relayed a conversation she had with Kim West, a partner with communications firm National Public Relations. According to Porter, West said that it “feels we will be into this for at least a year, that we are doing a good job of scaling it and what will be important when the reports come back—how do we deliver on it.”

It’s not directly stated that Dalhousie has actually hired National for crisis communications, but it certainly looks that way. I’ve asked for terms of any such contract. Stay tuned.

Michael Kydd, a 40-year-old part-time instructor at Mount Saint Vincent University, resigned yesterday after it was reported that he had an affair with a student. Kydd held a press conference and told his side of the story to reporters:

“I breached the code of conduct,” he said.

“In October 2014, while I was separated from my wife and seeking divorce, I was sexually intimate on two occasions with a 38-year-old woman I met through a distance education course at Mount Saint Vincent University.

“The contact was completely consensual, and in the context of that contact we exchanged explicit personal pictures.”

He said he pro-rated one of her exams, which means she didn’t write it, but he graded her based on her previous work. He said he had done the same thing with other students.

So far as I can determine, no local university has a direct prohibition against faculty dating students. At the Mount, however, there’s a short “code of conduct” included in the collective agreement with the faculty union, which states simply that:

8. 1 Members shall disclose any conflict of interest or other circumstances known to them which may reasonably introduce or appear to introduce bias into their academic judgement or administrative decisions with respect to students.

Clearly, grading the exams of a student he was in a sexual relationship with introduced bias into the equation, and the conflict of interest is deepened given that Kydd gave a grade without the exam being taken at all. Kydd apologized and resigned, and that would seem to be the end of it.

Except now the story goes sideways.

We don’t know the woman’s side of the story, nor her motivations, but she filed a code of conduct complaint with the university earlier this week. Additionally, she apparently had discussed the affair with Glen Canning, the father of Rehtaeh Parsons. It was Canning who made the affair public, via Twitter.

The tweet in question included, well, a dick pic, apparently one that Kydd had texted to the woman. The photo was manipulated a bit—the penis is covered by a black rectangle—but there’s enough shown to give a viewer an understanding of what’s going on. Clearly, Kydd did not consent to the photo being posted on the internet, and given subsequent discussion on Twitter, it also appears that even the woman didn’t give consent to posting the photo.

This caused a firestorm on Twitter, with many people accusing Canning of hypocrisy; his own daughter’s case, after all, involved a “sex shaming” photo that was spread on the internet without consent. Canning lamely defended himself:

At least one person responded with tweets including photos women with black rectangles over their vaginas, asking “is this OK?” Canning has since deleted the tweet in question, although the photo is easy to find on Twitter.

Maybe there’s more to the story. Maybe the woman has a story that goes far beyond the simple consensual affair that Kydd portrays. We don’t know. But no matter what the full story, I can’t see any conceivable justification for spreading the photo on the internet.

The local commentariat is quiet today, so I’ll instead link to Murray’s Review of Medical Journalism, which discusses Sherwood Schwartz, the creator of the Gilligan’s Island TV show. Murray’s is interested in Schwartz because Schwartz was denied entry into medical school because he was Jewish. Relying in part on the book  Sitcom: A History in 24 Episodes from I Love Lucy to Community by Saul Austerlitz, Murray’s tells Schwartz’s remarkable story:

[Schwartz] wanted to find a scenario that would force disparate characters together and unable to leave. “All my shows, actually, are how do people learn to get along with each other?” he quotes Schwartz as saying.

“Perhaps Schwartz’s professional experience, losing out on a medical career because of blind prejudice, helped to inspire his interest in impromptu societies that must embrace tolerance and cooperation in order to flourish,” Austerlitz suggests in the book.

“Gilligan’s Island” did well in syndication and spin-off movies, causing one critic to note, “Everyone hated it except the audience.”

In a 1996 interview cited in the New York Times, Schwartz said that he had always planned the series as a social statement, the message being, “It’s one world, and we all have to learn to live with each other.”

“Whatever their reputation among the boob-tube-hating elite, Schwartz saw his series as societies in miniature, parables about tolerance and compromise,” Austerlitz said.

Rental accommodation owners and businesses have blamed rent and price increases on rising oil and associated heating and transport costs for 10 years. As well, I recall P.E.I. Finance Minister Wes Sheridan blaming rising taxes on the cost of oil.

A barrel of oil now being one-third of its price at its peak, when might consumers, renters and taxpayers see a corresponding drop in their consumption costs?

In December, I linked to the 99% Invisible podcast “The Modern Moloch,” which tells the story of the invention of jaywalking as a crime, so that automobile enthusiasts could bring their vehicles into city centres. This week, reader Mike Murphy alerted me to a fuller, more detailed exploration of the issue by Sarah Goodyear in CityLab, a publication from Atlantic Magazine. Goodyear interviewed Peter Norton, a prof at the University of Virginia who wrote Fighting Traffic: The Dawn of the Motor Age in the American City:

“If a child is struck and killed by a car in 2012, it is treated as a private loss, to be grieved privately by the family,” Norton says. “Before, this stuff was treated as a public loss – much like the death of soldiers.” Mayors dedicated monuments to the victims of traffic crimes, accompanied by marching bands and children dressed in white, carrying flowers.

“We’re talking less about laws than we are about norms,” says Norton. He cites a 1923 editorial from the St. Louis Post-Dispatch – a solidly mainstream institution, as he points out. The paper opined that even in the case of a child darting out into traffic, a driver who disclaimed responsibility was committing “the perjury of a murderer.”

Norton explains that in the automobile’s earliest years, the principles of common law applied to crashes. In the case of a collision, the larger, heavier vehicle was deemed to be at fault. The responsibility for crashes always lay with the driver.

Browse through New York Times accounts of pedestrians dying after being struck by automobiles prior to 1930, and you’ll see that in nearly every case, the driver is charged with something like “technical manslaughter.” And it wasn’t just New York. Across the country, drivers were held criminally responsible when they killed or injured people with their vehicles.

Goodyear’s entire article is worth a read. 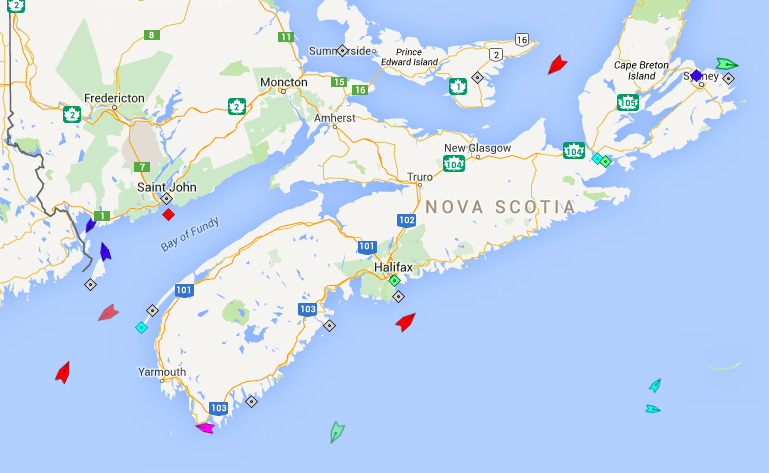