From this morning’s end-of-shift email from police to reporters:

Shortly before 2:00 am Prisoner Care Facility staff at 1975 Gottingen Street were conducting their routine checks when they discovered an unresponsive man in his cell. They immediately called for EHS who responded and determined the male had passed away. The man had been arrested in Halifax for public intoxication at approximately 10:30 pm. Further details will be released pending notification of next of kin. The body has been removed and an autopsy will be conducted. The Serious Incident Response Team will continue with the investigation and will provide further updates when available. 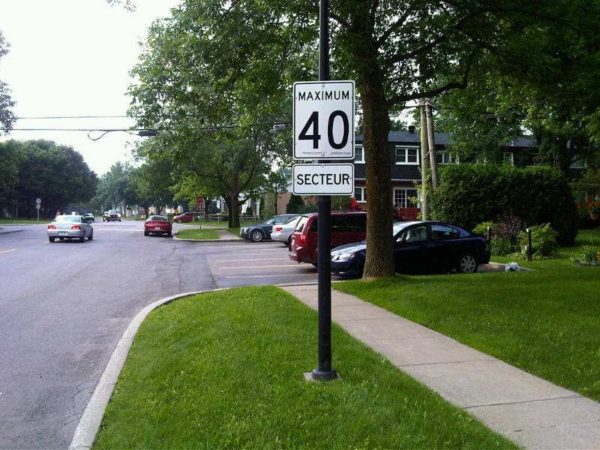 Now that Halifax is engaged in creating an Integrated Mobility Plan, we have the opportunity to present a consistent and rational system for not just speed limits, but for a comprehensive plan to control speed and improve safety in our urban residential areas. We might muster the planning and resources to present the province with a Montreal model system. As long as we pay attention to street design, enforcement and education, we have a chance of approval with the provincial traffic authority.

“It’s the driving environment,” says [provincial traffic authority Mike] Croft. “I think if you were to combine a speed limit change with making changes to your street environment to make it look like it’s a street that people want to drive at a lower speed, that would probably work or be effective.” 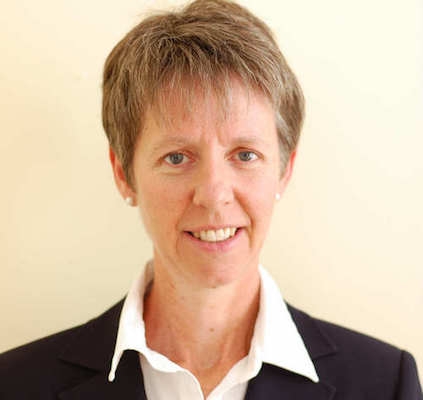 “[Halifax councillor] Jennifer Watts thinks Halifax council needs something that has been missing for almost a generation: diversity,” reports Adina Bresge for the Canadian Press:

While not endorsing any candidate, Watts has made it clear she thinks council needs to make room for new voices.

“Unless politicians stand aside to let others come forward, it is difficult for people to enter the political arena, or even think about doing it themselves,” Watts says. “They’ll have a lot to learn, but they’ll also bring the strength of their perspective.”

Watts’s decision [to not run for reelection] has set up a battle for the Oct. 15 election in which two political rookies appear to be front-runners. Both candidates, one white and one black, have pushed equity issues to the fore, giving voice to millennials’ dissatisfaction with the incremental change they see as politics of the past.

Those two front runners are Lindell Smith and Brenden Sommerhalder. I interviewed each of them for the Examineradio podcast; you can find those interviews at the links.

While Watts has a point, she’s overlooking an additional problem: council districts are too big. One issue is that smaller Black communities get lost in an overwhelmingly white district. But the bigger issue that in order to win in a large district, the successful candidate must have lots of time, money, and connections — and for the most part, the people who have lots of time, money, and connections are white men.

This was perfectly illustrated by the change in gender diversity on council after the number of councillors was reduced from 23 to 16 in 2012 (that change brought a corresponding increase in the size of each district). Before the districts were enlarged, nine of 23 councillors, or about 40 per cent, were women. After the districts were enlarged, just four of 16 councillors, or 25 per cent, are women.

Moreover, every woman who won election in 2012 was an incumbent, a holdover from the days of smaller districts, when women could better compete. In the upcoming election, two incumbent women councillors (Watts and Gloria McCluskey) are not reoffering, and it’s very likely their seats will be assumed by newly elected men. There are a couple of strong new female candidates in the field — Sue Uteck and Pamela Lovelace — and we’ll see how they fare, but with a strong male challenger to incumbent Linda Mosher, it’s entirely possible that the next city council will have just one woman (Lorelei Nicoll).

Half the population is female and we can’t get anywhere near 50 per cent female representation on council. The struggle for electoral representation is even more difficult for smaller communities of colour, immigrants, and other marginalized people.

I’ve always maintained that smaller districts are better for democracy and result in a diverse council that better represents the populace. Decreasing the size of council was a huge mistake. 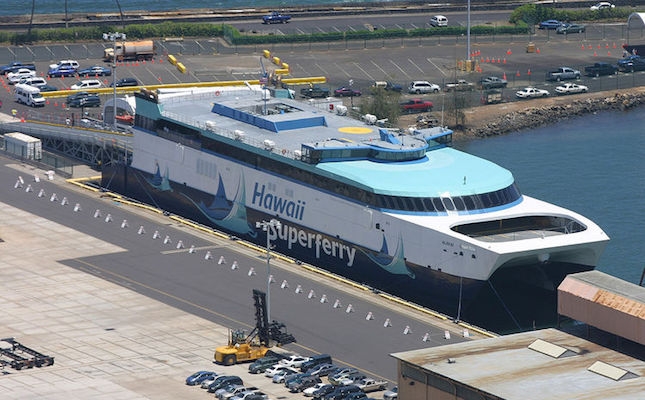 Bay ferries has started its Yarmouth-to-Portland-and-back service. CTV tells us that “more than 100” passengers were on the first trip to Portland, and the Yarmouth Vanguard reports that:

Some of the licence plates of vehicles boarding the vessel were from Maine, Florida, Connecticut, Massachusetts, North Carolina and New York. There were many Nova Scotia plates in the mix.

The point of the thing, however, is to get people going the other way — that is, from Portland to Yarmouth. As of this writing, no one has reported how many passengers arrived in Yarmouth last night.

Bay Ferries is refusing to release passenger numbers, but I’m not sure why a reporter can’t simply count the number of passengers getting on and off the boat. Don’t they have to queue up for Customs?

Regardless, Maine Public Broadcasting points out:

And even if the CAT’s traffic and finances remain a political friction point in Nova Scotia, there will be one bit of data available: Under Portland’s docking contract with the boat’s operators, the city will receive monthly reports on how many paying passengers and cars the ferry lands and takes from here. And that information, city officials say, is open to the public.

Also from this morning’s email from police to reporters:

West Division officers were called to Joseph Howe Drive at Highway 102  shortly before 7:00 pm to a report of a pedestrian struck by a vehicle in the cross walk. Upon arrival officers located the 48-year-old female driver and a 41-year-old pedestrian who had been struck by the vehicle. After the investigation was completed the responding officers issued a Summary Offense Ticket to the driver for failing to yield to a pedestrian in a crosswalk. The pedestrian in the matter was treated by EHS for minor injuries and released from the scene.

At approximately 5:00pm on Wednesday evening West Division officers were dispatched to a collision between a motor vehicle and a cyclist at the intersection of Bayers Road and Rowe Avenue. Upon arrival they located a 36-year-old female complaining of injuries she sustained as she was struck by a vehicle at that intersection. Officers spoke to a 21-year-old female who was driving the vehicle that struck the cyclist and interviewed witnesses in the area. The cyclist was transported by EHS to hospital where she was to receive treatment for her injuries. The incident is still under investigation at this time and there is nothing further to report.

The basic structure of CPP [the Canadian Pension Plan] hasn’t changed in over 50 years, and it could be another 50 years before it is contemplated again,” writes Heather Corkum, president, CUPE Local 143:

It has to be done right this time. In fact, the only option should be a universal expansion, phased in over the next few years, which would see the CPP benefit double for those entering the workforce today and other gains for all workers in Canada.

Doubling the CPP benefit is affordable. Setting aside an extra 2.45 per cent of income (matched by the employer) will achieve this. And employers can afford it. The last time the CPP contribution was increased was in 1997. Income tax for businesses is 13 per cent lower today than it was in the 1990s. 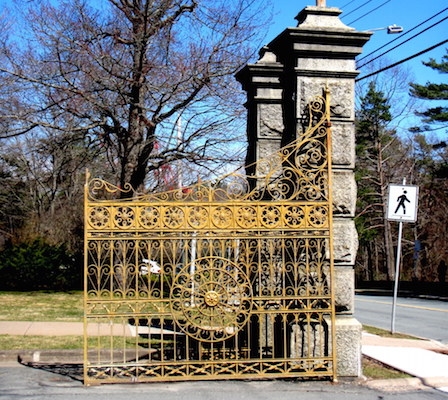 Stephen Archibald has some suggestions for improving Young Avenue, including closing the gates. I’m not sure how that would work with the cars and whatnot, but why not?

Archibald also mentions that the avenue has always been the at the centre of the class struggle:

An 1899 cranky letter to the Morning Chronicle shows that resentment of the Avenue is also long standing. “Maynard Street” complained that the city was spending $50,000 on a sewer to serve five houses while ignoring streets in the north end. The writer added: “I know that no common northender is supposed to set foot within the sacred precincts of this southend swelldom.”

I doubt Marcel Nazabal, of the band Latin Drama, said he’s “Columbian” as you printed (“Latin Drama,” New Music Issue by Adria Young, June 9). People from Colombia the country are Colombians. There is no “u” in Colombia the country or Colombians the people. Why can’t Canadians ever get this right? I have to believe it is because you guys grew up with British Columbia.

Heh. Don’t get me started on how Canadians pronounce the names of the US states Maryland and Oregon. 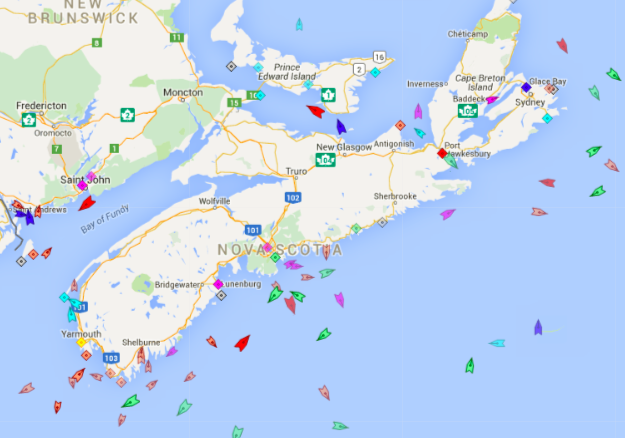 I’ll be tied up all day, first with a Dead Wrong interview and then with two Examineradio interviews. I probably won’t have much, if any, social media or internet presence.

Tim Bousquet is the editor and publisher of the Halifax Examiner. email: tim[email protected]; Twitter