“TransCanada Corp. has pulled the plug on its controversial $15.7-billion Energy East Pipeline proposal, after slowing oil sands growth and heightened environmental scrutiny raised doubts about the viability of the project,” reports the Globe & Mail:

In a terse statement Thursday morning, TransCanada said it has reviewed the “changed circumstances” and would be informing the National Energy Board that it would no longer proceed with the project, including the related Eastern Mainline, a natural gas pipeline that complemented the crude-carrying Energy East.

Mere minutes after the announcement:

I'm in the library cafe; outside, people are celebrating the demise of the Energy East pipeline pic.twitter.com/oonQHeGKOC

The magic number of supposed ferry viability is 60,000 passengers per year. So far this year through September, there have been 38,927 passengers. There will be just six more there-and-back crossings in October, so probably a total of about 42,000 passengers for the year, 30 per cent short of the goal.

The Liberals own the decision to contract for the Alakai. The engine problems are not just some random act of a vengeful god, but rather a failure of policy.

Likewise, that passenger numbers haven’t reached the magic 60,000 figure is the Liberals’ failure. They own it.

Sure, we can “give it time.” We can give Bay Ferries a bye, a do-over. What the hell.

But again: What price is too much? When do we cut bait? I can’t really take ferry backers seriously until they give me a figure where they’ll pull the plug on the ferry.

The bigger point is that if we’re going to spend $100 million to boost the economy of the South Shore — and philosophically, I can support that — there are a hell of a lot better ways to do so than with the ferry, which at best is supporting a handful of business owners hiring mostly seasonal and low-wage workers. That’s not to say that even seasonal and low-wage work isn’t appreciated in a depressed economy, but for the money we’re spending, we could do much better than that.

This is a value-for-money proposition. If the issue is “boost the South Shore economy,” is throwing a bunch of money at Bay Ferries, a PEI-based corporation that spends the bulk of the Yarmouth ferry subsidy money on goods and services obtained in the U.S., the best way to do that? I’ll just throw out a few alternative suggestions for what we could do with that $100 million:

Add your own suggestion to my list. I’d argue that any of those suggestions, alone or combined with the others, would do more to boost the South Shore economy than an equal expenditure on the ferry does.

There’s always millions upon millions of dollars for whatever company hires the lobbyist sleeping with a McNeil staffer, or for Joe Ramia’s obscenity, or for IBM or Butterfield Bank or whatever the fuck corporation is wining and dining NSBI execs, but never a goddamn nickel for people who could actually use the money. 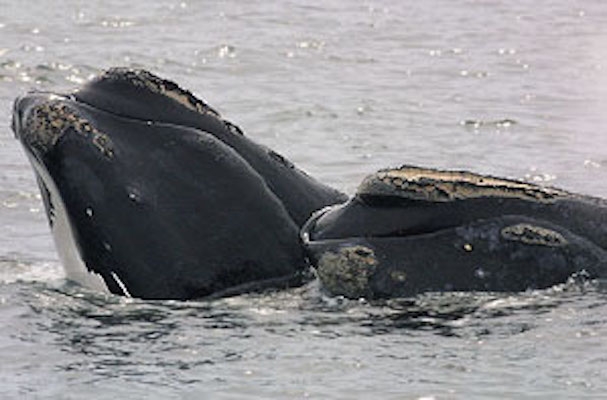 “Analysis of six endangered North Atlantic right whales found dead since June in the Gulf of St. Lawrence suggests four were struck by ships and one died caught in fishing gear, says a report released Thursday,” reports Sue Bailey for the Canadian Press:

The sixth was too decomposed to be sure. Preliminary findings of a seventh carcass assessed after the others and not included in the report indicate it too was caught in snow crab fishing lines, said co-author Pierre-Yves Daoust of the Atlantic Veterinary College.

There was no evidence that various toxins may have played a major role in the deaths, he told a press conference in Charlottetown. They were among 12 right whales discovered lifeless since June 7 in Canadian waters, plus another three in the U.S.

Moreover, “the Maritime Fishermen’s Union says a longer snow crab fishing season and an unprecedented number of right whales in the Gulf of St. Lawrence created a ‘perfect storm’ this year for a massive die-off,” report Karissa Donkin and Shane Fowler for the CBC. 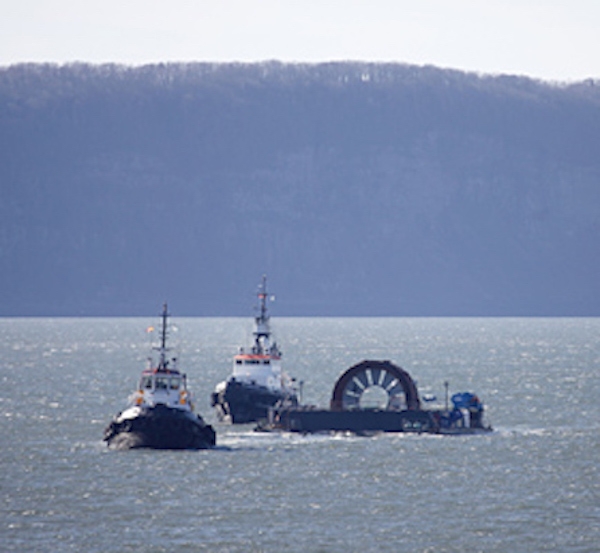 The McNeil government introduced legislation yesterday that will allow the issuance of “tidal demonstration permits anywhere in the Bay of Fundy to companies with turbines able to generate up to five megawatts of power,” reports Jean Laroche for the CBC.

The Energy Department issued a press release with more details.

5. Lunenburg mayor says she was assaulted 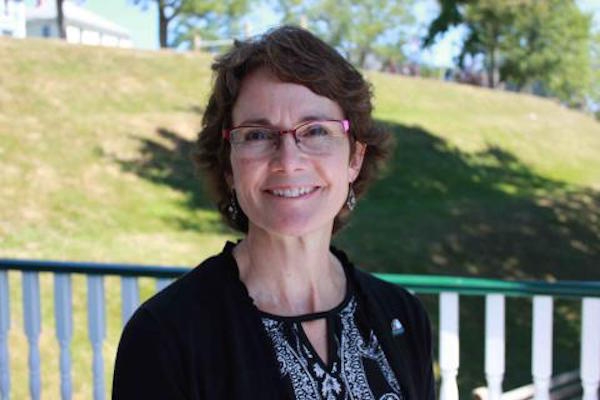 “A Lunenburg-area man is facing an assault charge following a confrontation with the town’s mayor that allegedly involved sewage-contaminated water from Lunenburg harbour,” reports Andrew Rankin for the Chronicle Herald:

Flower said the mayor is accusing him of smearing contaminated water on her ankles at the end of a heated exchange.

“I intend to fight this because I did not assault her. She invades my space, verbally assaults me. The morning after she says it happens she comes down to the wharf again, raises her pant legs and says the sludge caused an infection on her legs, the same stuff I handle every single day.”

He would not say whether at any point he touched Bailey. 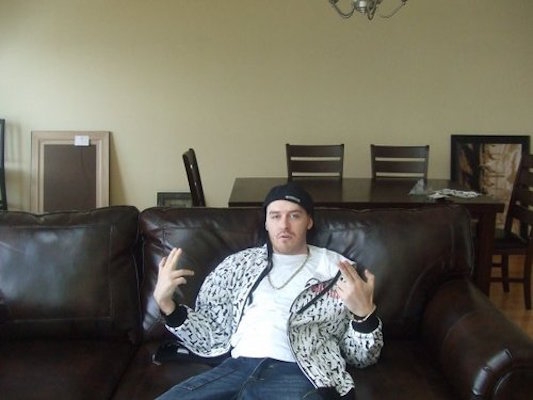 The jury deliberated for about two hours Wednesday and 90 minutes Thursday before returning with the guilty verdicts. 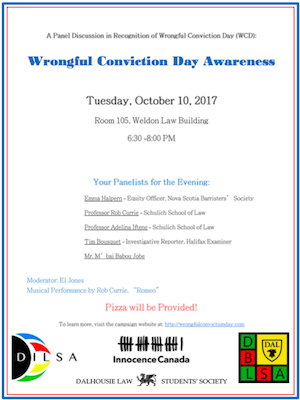 I’ll be part of this panel Tuesday evening (click here for a larger version of the poster). 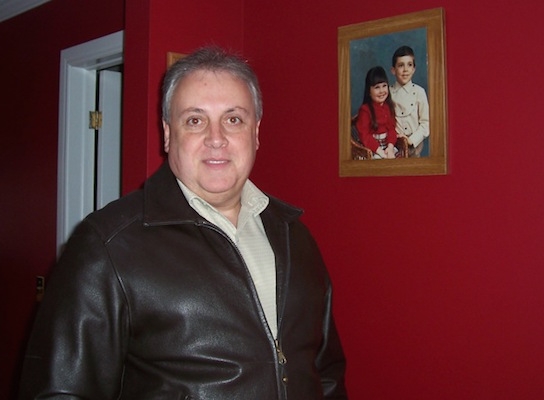 Yesterday, I interviewed Ron Dalton for today’s Examineradio podcast. Dalton was wrongfully convicted for murdering his wife Brenda, and spent over eight years in prison before being released. It was subsequently determined that Brenda Dalton was not murdered, and that Ron Dalton’s conviction was the result of an overly ambitious medical examiner’s insistence that Brenda had been choked to death.

Check back on the Examiner homepage later today to listen to my full interview with Dalton.

After three+ years, the Halifax Examiner has finally created its own Facebook page.

This is supposed to result in all sorts of good things — I’m not sure what exactly, but maybe if you like it and follow the page, unicorns will prance down your street.

Incidentally, there seems to be multiple schisms in the Cape Breton Rant Room community:

UPEI food prof Colleen Watson rains down on the drive-thru breakfast parade in her recent letter (“Thoughts on grub on the go.’”)

As is often the case in these comparisons, she tends to go to the minimum for her side of the argument, to make the difference look greater. First of all, she says, “We may or may not use bacon.” Well, a slice of bacon will cost you about 40 cents in the grocery store, so now her cost is up to $1.50. One cannot compare cost of production of the sandwich, as you would need to know the facts on both sides (e.g., does the drive-thru customer have a stove and toaster to cook the bacon, egg and toast the muffin?).

My point is that she is really comparing to apples to oranges and as “Foods and Nutrition” PhD, she should know better.

Patronage (Friday, 3:30pm, Room 1170, Marion McCain Building) — T. Stephen Henderson from Acadia University will speak on “The Rules and Uses of Patronage at Confederation: The Memoirs of P.S. Hamilton.”

Cannabis Industry (Friday, 3pm, Room 225 in the building named after a grocery store) — Donna Davies, Andrew Laughlin, and Paul Pedersen will “investigate venture and entrepreneurial opportunities as the [cannabis] industry and its value chain begin to unfold in a new legislative landscape.” From the event listing:

Cannabis raconteur and film producer, Donna Davies, will join industry participants Andrew Laughlin, a medicinal retailer in Halifax, and Paul Pedersen, a manufacturer and leaser of cannabis oil extraction equipment from British Columbia, for a discussion of industry trends and opportunities.

We will investigate venture and entrepreneurial opportunities as the industry and its value chain begin to unfold in a new legislative landscape. 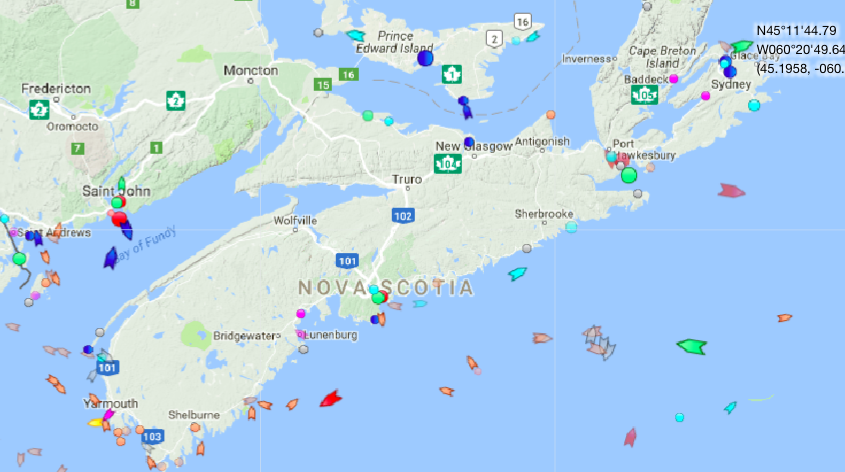