You are here: Home / Featured / A month before the mass murders, the perpetrator went to Pictou to kill someone else 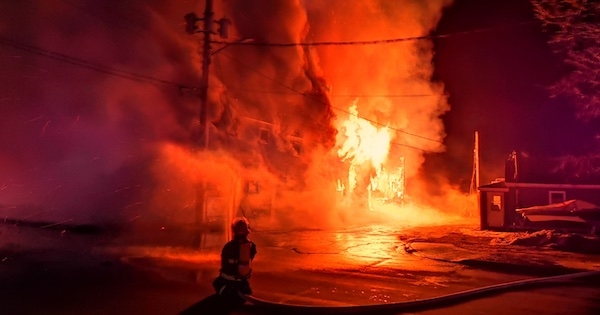 On March 19, 2020, the Washtub Laundromat in Pictou burned down. Photo: Brian Cameron

“Fire lit up the night sky on the Pictou waterfront,” reported Adam MacInnis for the New Glasgow News.

The fire started at the Washtub Laundromat on Caladh Avenue, and spread to the adjacent enviro-depot. Firefighters feared that the fire would further spread to the nearby Coleraine Plaza seniors building, and so had that building evacuated.

The fire was dramatic and worrying enough, but also that night, the man who a month later killed 22 people in a murderous spree showed up at Acropole Pizza on Church Street. The Halifax Examiner refers to the man as GW.

GW was in Pictou looking for Kip MacKenzie. GW wanted to kill Kip.

The RCMP only found out about this in late April, after the murders, because Kip, who was on a police undertaking, hadn’t been seen for a few days. Cst. Ryan Murnaghan went to the pizza shop to look for him. A worker at the pizza place, Donald MacMillan, said oh, by the way, that killer was here back in March.

Murnaghan went to talk with Kimo Poirier, who lived next door to the burned out laundromat. Kimo “is well-known in Pictou,” reported Kevin Adshade for Saltwire, but not so well-known that Murnaghan knew his last name.

Kimo had seen Kip just the day before, said Murnaghan in an email to Sergeant Jonathan Kenny. Kimo said that Kip had told him GW was in town looking to kill him.

Both MacMillan and Kimo had the same basic story: six or seven years previously, Kip inherited some property in Fredericton, New Brunswick, but GW felt the property was rightly his. GW confronted Kip about it, and Kip, who was very drunk, signed some paperwork that gave GW title to the property. Some time after that, Kip, realizing what had happened, “knocked out” GW. GW had come to Pictou for revenge, by killing Kip.

Kip MacKenzie gave a statement to the RCMP in May 2020; the Mass Casualty Commission has that statement, but isn’t yet making it public or available for review by reporters, pending a privacy review.

Without MacKenzie’s statement, it’s impossible to know for sure, but the property in question may have once belonged to Tom Evans, the lawyer friend of GW’s who died in 2009 and willed GW much of his estate.

“It’s not too far of a stretch,” wrote Murnaghan to Kenny, “knowing what we know about [GW], that if he was in town that day, he could have burnt down the laundry mat to flush Kip out, put heat on him or thought he was living there. But I will leave that up to MCU [Major Crime Unit].”

In fact, though, another man had already been arrested for the March 19 fire, and for a series of other fires in Pictou on other days. On April 15, a 55-year-old man from New Brunswick was arrested and given an August 2020 court date for the fires. New reports and RCMP releases about the arrest don’t name the man, and there are no further new reports about him.

Did GW leave Hunter Road to look for Kip MacKenzie? 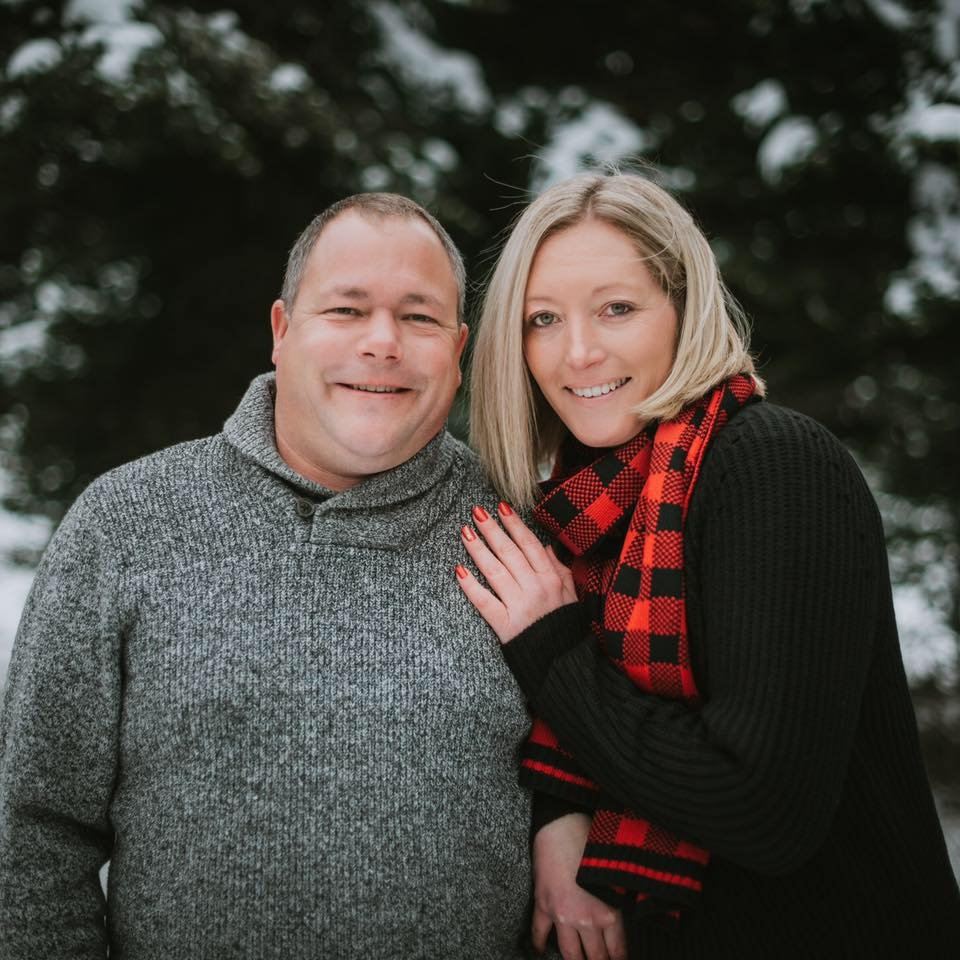 Another document that the Mass Casualty Commission has and is not yet making public — but which has been reviewed by the Halifax Examiner — reveals that a relative of Sean McLeod told a third party that McLeod was in Portapique on April 18, 2020, about seven hours before the murders began.

According to this person, McLeod “was chopping wood for him [GW]” and when Lisa Banfield and GW went for a drive at about 3pm, McLeod went home to Hunter Road.

The murders in Portapique began at 10pm, and GW spent the night behind a welding shop in the Debert Industrial Park.

When GW left his hiding spot, he went to Hunter Road, about 50 kilometres north, and killed Sean McLeod, his partner Alana Jenkins, and neighbour Tom Bagley.

The Mass Casualty Commission “foundational document” about the Hunter Road murders details that GW’s fake police car was captured on video passing a residence somewhat south of the McLeod/Jenkins house at 6:29am, heading north. The same video captured the car heading south at 9:23am.

Neighbours to McLeod and Jenkins reported hearing gunshots at various times, but as is typical with accounts from multiple witnesses, the accounts don’t completely line up. That said, there seem to be two general time periods when gunshots were heard — at around just after 6:30am, and then again at just before 9am.

Tom Bagley left for his walk at around 8:50am. The first report of smoke from the scene was about 9am.

So far as is known, GW arrived at the house at about 6:35am and immediately shot McLeod, Jenkins, and their two dogs. He then did — what? — for two and a half hours before setting the house on fire, killing retired firefighter Tom Bagley, who arrived at the scene to help, and then left the scene.

This is speculation, but consider an alternative theory: GW killed McLeod and Jenkins, then left — possibly to travel north on Hunter Road out to Highway 6 to Pictou, to look for Kip MacKenzie. Then, failing to find MacKenzie, he reversed course and returned to Hunter Road. At the speed limit, the round trip would take about two hours. That would give him enough time to make it back to the McLeod/Jenkins residence, set it on fire, kill Bagley, then travel south past the Hunter Road video camera at 9:23am.

Again, that’s speculation. But it would be good to know if the RCMP canvassed video cameras along Highway 6 or in Pictou.