1. Feeding the Fire: Biomass and NS’s Race For the Bottom 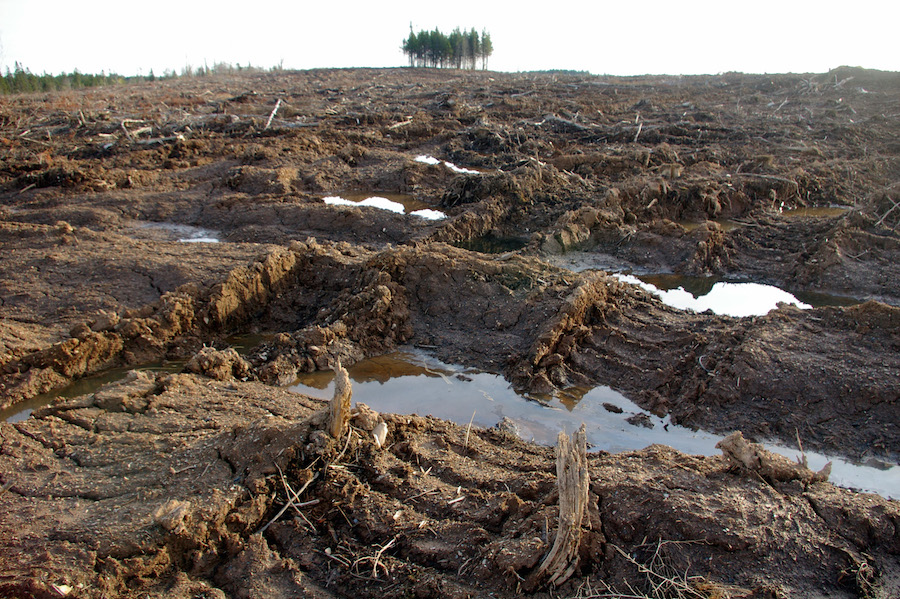 On Friday the Examiner published Linda Pannozzo’s in-depth investigation of the biomass industry in Nova Scotia. Pannozzo looks at how the province’s supposedly “green” plan to increase renewable power generation by in part relying on the burning of forest products may in fact be an environmental disaster.

Click here to read “Feeding the fire: Biomass and Nova Scotia’s Race For the Bottom.”

This article is behind the Examiner paywall and so available only to paid subscribers. Your subscription helps make these kinds of in-depth investigations possible. Click here to purchase a subscription.

It’s the kind of work I want the Examiner to be known for, and your subscription makes it happen.

This week we speak with newly-elected provincial NDP leader Gary Burrill. He talks about how his years as an ordained minister helped to inform his political platform, what the provincial Liberal government’s policies are doing to its most vulnerable citizens, and what the previous NDP regime got right — and where they missed the mark.

Also, as the Chronicle Herald strike drags into week six, head Game-Changer™ Mark Lever is a no-show at an event put together to keep young workers in the province. Of course, the Grey Lady of Argyle Joe Howe has pushed significant pay cuts, longer hours, outsourced gigs, and increased advertorial content, so maybe he realized he didn’t have anything of value to offer young grads.

And finally, we ask Where’s Fillmore? Perhaps this new book will shed some light. 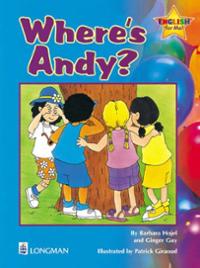 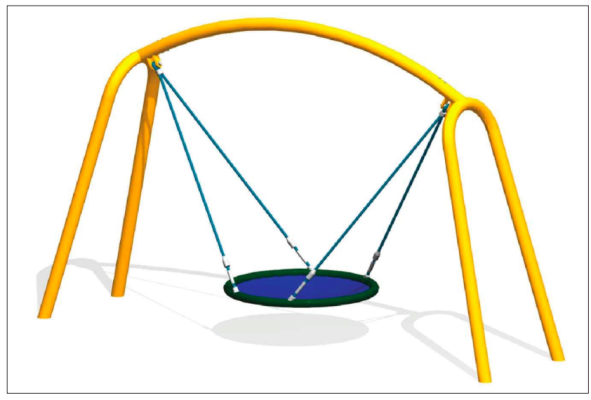 Last fall, bids for the rebuild of Cornwallis Park busted the budget — the city had budgeted $200,000 for the project, but the winning bid came in at  $337,465 — and so the tender was cancelled and the plan was split in two. Today, the city has issued a tender for the first part of the project, a rebuild of the playground.

That thing up above is called an “accelerator swing.” The idea is you leave your kid on it while you go over to the liquor store across the street, and maybe the kid has figured out how to use the swing by the time you get back.

City Hall seems worried that the tender will come in over-budget again, and the tender includes these unusual clauses:

4.11.2 If the lowest competent bid is within 15% of the estimated contract value, the contracting authority may choose to:
(a)  Award the contract for the bid amount.
(b)  Negotiate changes in the scope of work with the lowest competent bidder (Within the framework of the original Request for Quotation or Tender, including all subcontractors listed) to achieve an acceptable contract price. If negotiations fail, the contracting authority can make changes to the scope of work and re-tender the work.

Shortly after midnight on March 5, 2016, officers were called to the intersection of Jubilee Rd. and Robie St. where a 59 year old man reported he had struck a pedestrian with his vehicle and the pedestrian fled after the impact.

The 19 year old male pedestrian was soon located nearby in the care of paramedics complaining of non-life threatening injuries. The pedestrian was taken to hospital for treatment of his injuries where he remains at the time of this report.

The incident is still under investigation and the possibility of charges is still unknown.

A RCMP release on Saturday:

At approximately 10:24 p.m., a 23-year-old man who had recently disembarked from a Halifax Transit bus on Main Rd. in Shearwater, ran alongside the bus as it was pulling away from the curb and somehow got entangled under the rear tire of the bus. His right leg was run over and he was transported to hospital with serious, non-life threatening injuries.

The incident is under investigation.

Friday, I mentioned the Nova Centre banshees and what looked to me like the creation of a wind tunnel on Argyle Street, thanks to the near-vertical wall of the Nova Centre on the west side of that street.

Over the weekend, I found the pre-construction wind study for Nova Centre. It was conducted by Rowan Williams Davies & Irwin Inc. (RWDI), a Guelph, Ontario firm, and paid for by developer Joe Ramia’s Argyle Developments.

RWDI came up wit these criteria: 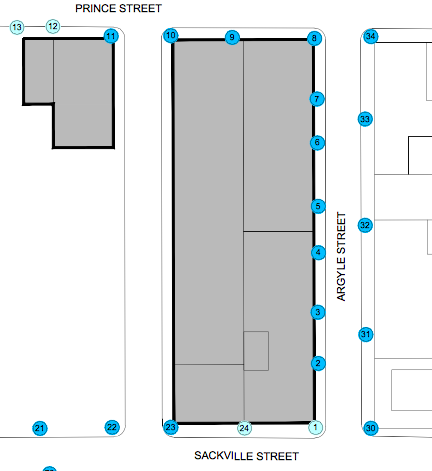 For those sites, RWDI came up with the following results: 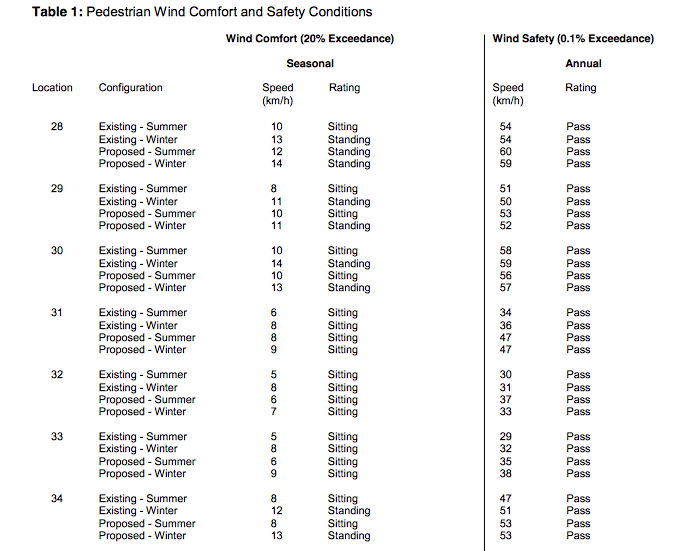 RWDI claimed that there would be a mere one- or two-kph increase in summer winds along Argyle Street, and in some of the locations winter winds would actually decrease. RWDI states outright that:

We’ll see this summer, I guess.

Oh, it’s worth noting that RWDI employed a bit of a hedge:

A 20% exceedance is used in these criteria to determine the comfort category, which suggests that wind speeds would be comfortable for the corresponding activity at least 80% of the time or four out of five days.

Tomorrow, Halifax council is dealing with a number of convention centre- and Nova Centre-related issues. I’ll detail those in tomorrow’s Morning File. 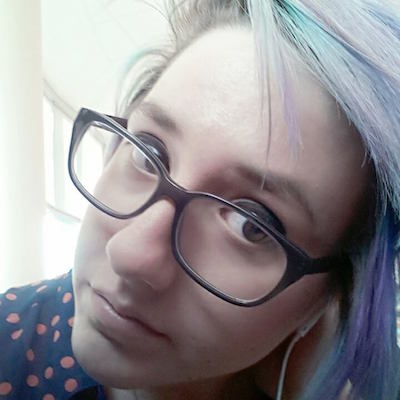 Alix Parker, who was sexually assaulted while dozing on a Halifax Transit bus, is speaking out publicly, and wants her name used. Yvette d’Entremont at Metro reports:

But she’s determined to tell her story and to let the man responsible know she won’t back down.

“I want him to know who I am and that I have a life, and that I’m not just some random person on the bus,” she told Metro in an interview, asking us to report her full name.

It seems you can’t drive anywhere these days without seeing a sign, reading a paper or hearing about a chase the ace draw being held everywhere.

Sydney’s legion draw, with a jackpot approaching over $1 million dollars, has created a huge draw of people and tons of ticket sales.

I will agree that this is a great fundraising event for any group or organization that holds one and I will admit I buy tickets each week as well. What one has to wonder is at what cost does all this mean to our community?

This is just another form of gambling. I get it. It’s a choice and you could buy lottery or scratch tickets or go to the casino any day but these draws get so much spotlight and the jackpots get so big everyone seems to be spending huge amounts of money at the chance to win.

Whether you can afford it or not more than $500,000 dollars was spent last week on books of multiple coloured tickets instead of being spent at our local stores and businesses. I don’t understand how so much money can come out of our economy every week and not have some financial impact on families.

Grants Committee (1pm, City Hall) — the committee is gearing up to give tax subsidies to yacht clubs. 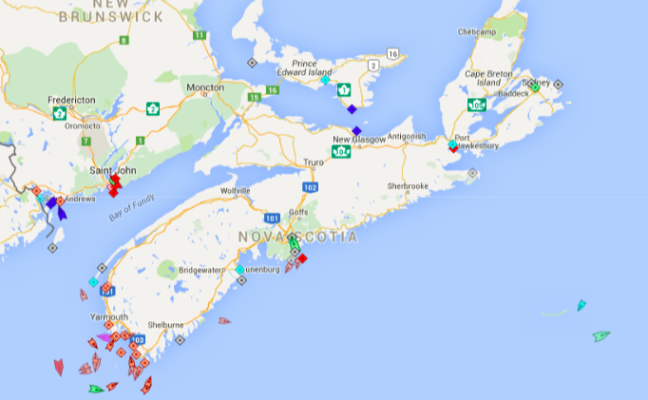