You are here: Home / Black Nova Scotia / “A day that we got to remember:” Carvery brothers honour Africville and residents affected by the Halifax Explosion 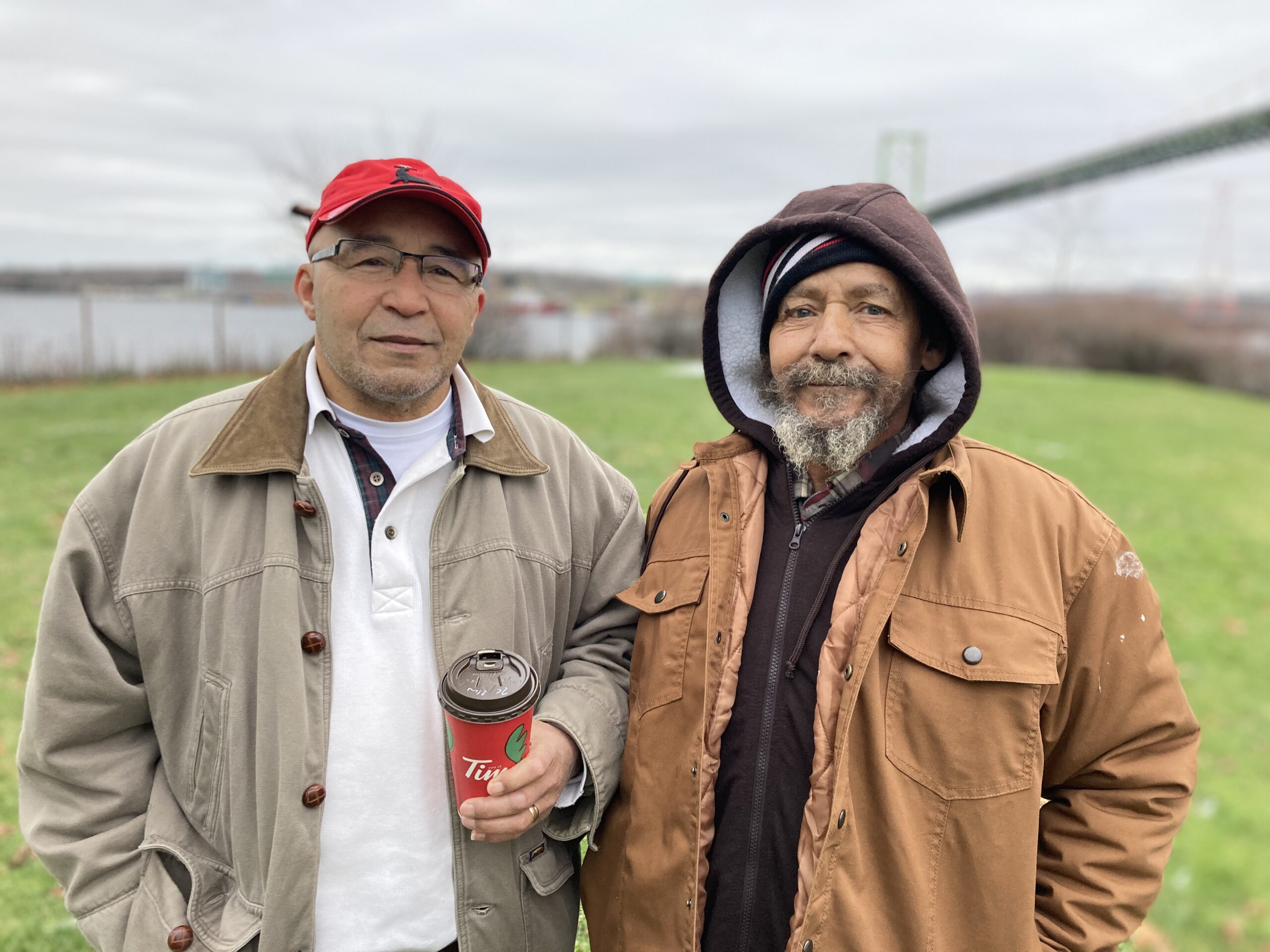 Brothers Irvine Carvery and Eddie Carvery met in Africville Park on Monday to remember the victims and first responders from Africville during the 104th anniversary of the Halifax Explosion. Photo: Matthew Byard.

While a ceremony took place at Fort Needham Park on Monday to commemorate the 104th anniversary of the Halifax Explosion, former Africville residents, brothers Eddie and Irvine Carvery, met at Africville Park to remember people from that historic Black community who lost their lives in the explosion, as well as those residents who assisted in the city’s relief efforts.

The brothers say they knew survivors of the explosion and heard stories about the day growing up in Africville.

“People lost their lives, houses’ roofs were blown in, windows were blown out,” said Irvine Carvery.

He said the land where the park is now located and since filled in once sat much lower than it currently does; closer to sea level. He said that the Bedford Institute of Oceanography once did a study that determined the tidal wave that reached Africville as a result of the explosion to be “a full three metres above the high water mark.”

“Deacon Ralph Jones’ property, and the lower part of the Brown [family’s] property back the field was all flooded,” Irvine said.

“I remember talking with Dr. Ruth Johnson — she was a Brown from Africville — and she told me her mother told her that when that explosion happened, the people of Africville ran to the church. They thought Armageddon was here. They thought it was the end of the world. So they went to the church to prepare for it, only to find out it was a man-made explosion.”

Irvine Carvery said some Africville residents who were injured were taken by train to Truro for treatment because there was no room in hospitals in Halifax.

“So all these stories are stories that we were told when we were little by people we knew who were there,” Irvine said.

Eddie said their grandmother helped organize Halifax’s first food bank, on the corner of Young Street and Isleville Street, in direct response to the Halifax Explosion.

“It’s just that we ain’t got no input, and we don’t check into the history, and we’re put on the back burner, but we were the first responders,” Eddie said.

“We went to bat for all of Halifax, went up there and were taking care of all the wounded and the hurt and everything — the first responders from Africville. They never mention that.” 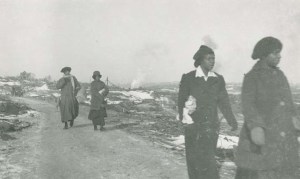 Irvine said that women who were known as day workers — Black women who worked in and tended to the households of white people — also played a role in the city’s relief effort.

“There’s an iconic picture of Black women walking up over the hill. Even though we had our problems in Africville, those women still got up, put their clothes on, and went up over the hill … and were walking in town, into Needham to see how their families there were doing,” Irvine said.

“That’s a day that we got to remember”

Irvine said it’s only been until very recently that there’s been any mention of how the residents of Africville were affected by the explosion and how they assisted with relief efforts.

“And the irony of it is we send a tree to Boston every year to thank them for their help during the Halifax Explosion — those relief trains that brought the doctors and the nurses ran straight through Africville without stopping to hand out a blanket. Nothing. Africville received nothing. What relief people of Africville received was one-third that of the other folks.”

Three years ago, CBC reported that two legal researchers did a study that uncovered racial discrimination towards Black residents of Halifax and Africville following the explosion with respect to relief claims and compensation from the city. They made the argument that a case for reparations could be made.

“It’s really easy to quantify the discrimination,” said Halifax lawyer Katrin MacPhee, who was one of the researchers, told Shaina Luck with CBC.

Irvine Carvery put out a call on social media for Monday’s gathering just last weekend. He admitted that didn’t leave a lot of time to help get the word out. Still, he said he hopes a more organized formal gathering could take place in the years to come.

“It’s a start, and hopefully next year we’ll have something more organized,” he said. “But I just thought it was significant to be here as opposed to being up at Needham.”

“We just leave to everybody else to take care of that business. It should be everybody’s responsibility,” said Eddie. “That’s a day that we got to remember.”