A 49-year-old woman riding her bicycle on Purcells Cove Road was struck by a Superior Propane truck at around 8:30am yesterday morning. She was soon after pronounced dead.

Late yesterday afternoon, police told me they had identified the woman but wouldn’t release her name until next of kin was notified, and only then if the family agreed.

The incident took place at the intersection of Purcells Cove Road and Spinnaker Drive. No details have been released, and no charges have been laid at this time. The investigation continues. 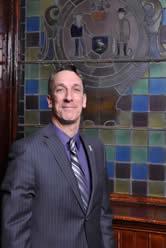 A source tells me that Mike Labrecque, the Deputy CAO at City Hall, tendered his resignation yesterday, effective next May. I haven’t been able to confirm that information, but this is the same City Hall source that told me about winter operations supervisor Darrin Natolino’s abrupt departure last week, and that tip proved reliable.

I don’t know. Labrecque keeps a low profile — I can’t find a decent photo of him on the internet — and seems to have quietly mastered the bureaucratic power games, having jumped right over his former boss to become second-in-command at City Hall in 2011. He’s always been cheerful and pleasant with me, which I suspected meant that he was masking a dark soul of discontent.

Labrecque is still relatively young — he graduated with an engineering degree in 1993 — so it’ll be interesting to see where he pops up next.

Meanwhile, city employees are “being treated like criminals,” Joe Kaiser, president of Local 13 of the Nova Scotia Union of Public and Private Employees, which represents some city workers, tells Brett Bundale of the Chronicle Herald.

Yesterday, I pointed out that despite the looming prospect of snow, Natolino’s position as winter operations supervisor has not yet been advertised, but that a seemingly less-urgent position of “brand integrity lead” has been advertised. A winter operations supervisor is responsible for making sure snow and ice are removed from city streets and sidewalks, while a brand integrity lead makes sure all the city logos comply with PR standards.

Within minutes after publishing that observation, several people contacted me to say that the city had just fired three unionized employees in the communications department; the brand integrity lead is a non-union position in the same department. Reports Bundale:

The three employees declared redundant were barred from retrieving their personal items at their desks after receiving the bad news, [Kaiser] said, while the three reclassified employees had their duties downsized and job levels reduced.

Also, Kaiser said two of the impacted employees are potentially facing disciplinary action for taking time to meet with union representatives regarding their employment situation.

“I’ve never seen an employee told they were redundant and not be able to go back to their office to get their personal belongings. It’s totally ludicrous. They were being treated like criminals.”

Although Kaiser said he understands there is a reorganization taking place to find efficiencies, he said he is shocked by how employees were treated.

“We all realize that there is belt-tightening going on, but to treat people so badly … we’ve never experienced that before. It’s absolutely intimidation of employees.”

People are buying a lot of snowblowers, says the CBC. Maybe they can clear city streets and sidewalks.

Tyson, although you did not come to us as a puppy, you have made a lot of acquaintances and found a way to warm the hearts of those who knew you.

However, Tyson, you have become a bit of a nuisance because you do not conform to the Animal Control By-Laws of the Municipality of Kings. You do understand many words that relate to the repetitive things that you enjoy. You didn’t know that when you are on the back of the truck going for your doughnut and coffee at Timmie’s that you are breaking the law as well. We know it’s not the coffee that you like, it’s the “DBL DBL”.

But, Tyson, you did not learn to read. You did not know that when you stepped across the farm property to join the kids in a bordering subdivision or to rest on a neighbour’s soft and well-manicured lawn, you were breaking the bylaw rules.

I’m also sure that you did not know that if you weren’t registered with the municipality by the first month in January for your $10 dog tag you could end up in a court case. Now the judge, two lawyers representing the municipality, security, municipal staff – along with several witnesses – all know of your misdoings. Tyson, not to worry about your registration, as you were registered before the expiry of the year and are part of the Kings County statistics. Your fine for not having a dog registration was also paid in the amount of $237. I’m sure if you had realized the cost to the taxpayers of the county for your lack of consideration that you would be very remorseful and want to compensate for the court costs that you incurred.

You also did not realize that being a dog restricted your boundary lines to your owners’ property. Although you were brought here as a watch dog, and your obligation was to protect the property from the break-ins and thefts that have become common place on the street, you cannot bark. Even when you did not bark, you were accused of barking. None of this is your fault. You only wanted to be everyone’s friend.

Tyson, when you were taken to the SPCA a few months ago, we bailed you out at a cost of $40 for overnight lodging and a vaccination. We did not ask if that included breakfast. We gladly paid the fine and brought you home. However, the fee has now been increased by 50 per cent and your owner is not willing to bail you out again at the cost of $60, and this didn’t include an overnight stay.

We now feel that you have become a target and wherever you go and whatever you do, you are now a liability that we cannot endure. We were willing to come immediately to pick you up, but we cannot continue to pay the fines and fees.

Because you are a big, 125-pound, senior German shepherd, you are costly to maintain and the chances of finding you a replacement home where you can roam and have the pleasures you had with us are slim, and we feel badly that your best interests are not considered. We have accepted your consequences and realize that the chances of you ending up in “doggie heaven” in the near future are very high and maybe that is for the best.

You are now a commodity and if the SPCA can find you a home, you have a value to their treasury of $300.

Appeals Standing Committee (10am, City Hall) — the owner of the building that has been, consecutively, the Little Nashville country bar, the worst strip bar in the world, and an animal hospital is resisting a prospective demolition order for the building. From the minutes of a May meeting of the committee:

Mr. Ken Anthony, property owner of 169 Wyse Road, indicated he has owned the property for five years. He explained that he originally purchased the property to do a major retrofit although he is currently exploring options for a 10 storey development on the site. If the larger development is not feasible, he will return to plans to retrofit the existing building, so it would be premature to demolish the building. Mr. Anthony indicated that a public information meeting is scheduled next month to meet with the community on the proposal for the 10 storey building. He discussed the state of the current building, noting that electricity and water have been shut-off, the building has been gutted from the inside, has a new roof and is structurally sound. He clarified that the current building has no part in the plans for the 10 storey building. Mr. Anthony acknowledged that the current building is an eyesore, although he has responded immediately to orders from compliance officers to remedy any dangerous or unsightly issues on the property, including boarding of doors and windows and painting. He indicated that the cost of demolition would be $150,000 – $200,000.

The committee at that time delayed any decision until October, today, so that the development proposal could move forward. I’m not aware, however, that any progress has been made on that application.

I’ll leave it for others to decide the merits of the application, but I do think architects should be required to submit renderings that reflect reality. The drawing above, for example, which was submitted by the applicant, is an impossible view — the view would be blocked by other buildings in the area. Also, those street trees don’t exist; there are a couple of more mature tress in the area, but presumably the architect wants to tear them out and plant some scrawny trees instead. And it’s simply not the case that all the surrounding buildings are purple and have no doors or windows. Also, I grant that Halifax has a few warm days and the cloudy sky is a nice touch, but since when will you ever find a plethora of available street parking in the area? Not to mention that somehow all the parking meters will be pulled out.`And do we really need another coffee shop?

Community Facility Master Plan Information Meeting (9:30pm, St. Margaret’s Centre) — Wash the dishes, watch the latest British detective show on Netflix, tuck the kiddies in, have a nice glass of scotch, and then go to the St. Margaret’s Centre to catch a city meeting that starts at the absurdly late hour of 9:30pm. More info here.

Refuge system (7pm, McCain Building, Ondaatje room) — Elliott Norse, the founder and chief scientist at the Marine Conservation Institute in Seattle, will speak about “The global ocean refuge system: What if you’re not part of the solution?“:

The Global Ocean Refuge System is a diversified portfolio of strongly protected, well-enforced areas with enough representatives dispersed well-enough around the world to maintain resilient marine populations in our increasingly threatened world. 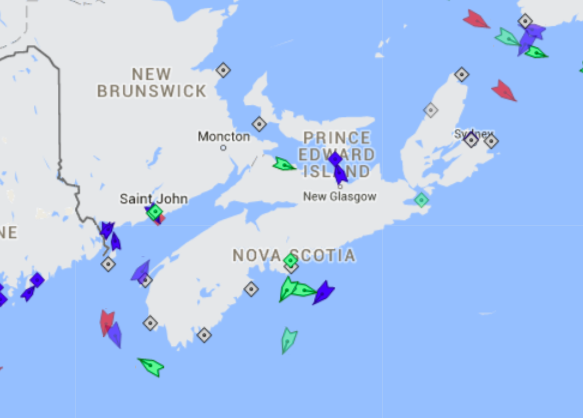 The cruise ships Maasdam (up to 1,258 passengers) and Carnival Splendor (up to 3,006 passengers) are in port today.