You are here: Home / Featured / A “Conversation About Femicide” connects domestic violence to mass murders

As the province marks the first anniversary of the mass shooting this weekend, two Nova Scotia women are hoping “everybody with an open heart” will join them Saturday for a global conversation about misogyny and femicide.

“Research shows that misogyny is the root cause of mass shootings…If we ignore the research, then we’re going to leave your sons and my granddaughters and the generations to come to the demise of a mass murderer again,” MacDonald said in an interview. 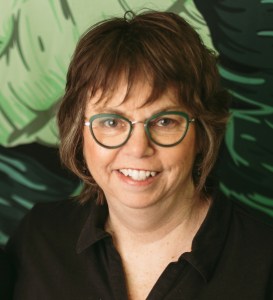 Through their self-funded campaign Persons Against Non-State Torture, MacDonald and Sarson have made it their mission to combat the torture of women and girls driven by misogny. They were also among the signatories of a media release issued by Nova Scotia Feminists Fighting Femicide days after Nova Scotia’s mass shooting.

They continue to call for “an inquiry with a feminist anaylsis of the violence,” noting that most mass murders begin with domestic violence.

“I think it’s quite interesting to note that it’s (the conversation) happening on a Saturday too, because of course the mass shooting started Saturday night and one of the red flags is that violence goes up Friday, Saturday, and Sunday,” Sarson said.

Sarson described misogyny as “a learned behaviour that is about the hatred or the devaluation of female persons from the time they’re born until the time they die.” MacDonald added it’s a “belief system that flows into actions.” The women describe femicide as “the murder of a female person, a woman or a girl, simply because they’re female.”

“It doesn’t have to be for any other reason, because if you look at the murder of Sarah Everard in England, she was walking down the street and he just attacked her because she was a woman,” MacDonald said.

Everard’s death last month made international headlines. A police officer has been charged with her kidnapping and murder, a killing that led British MP Maria Eagle to call on police to record misogyny as a hate crime.

“The conversation about misogyny and femicide keeps getting put to the side and they keep calling them all homicides, so it’s going to be a continuous push,” MacDonald said.

The fact RCMP took no action when a former Portapique resident reached out years before last year’s mass shooting to tell them GW assaulted his female partner and had illegal weapons came as no surprise to Sarson and MacDonald.

As reported by Joan Baxter in the Halifax Examiner last May, the woman — who now lives in western Canada — said there were several red flags about the gunman that were brought forward but not followed up. She believes if they had been, the weapons would likely have been found.

“We need to find ways to make it easier for bystanders to report red flags when they see them. We need to make it an everyday occurrence that’s just part of the process. When you see it, you don’t worry about how or why, you just do it,” MacDonald said.

Both women believe difficult conversations around misogyny and femicide are crucial, and said they’re pleased to be among the speakers for Saturday’s event. They recognize it’s a challenging time and topic. 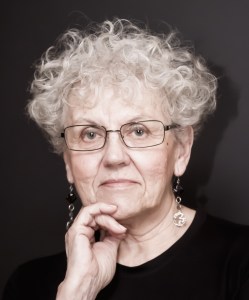 “I want us to be open to think about it. And I know for the families that it’s going to be painful, and Linda and I know that some of the families think we’re on the opposite side and not supporting them,” Sarson said.

“But really we are in the fact that when we say it should never happen again, if we just stay in Portapique and what happened there, that’s not going to prevent it never from happening somewhere else.”

MacDonald said they frequently get feedback thanking them for their work, and she believes that while they still have a long way to go, it has made a difference.

“We asked for an inquiry and we went from a review to an inquiry, and then we asked for the domestic violence or male violence against women and the misogyny and the femicide to be included,” MacDonald noted.

“They’ve got the domestic violence bit in there. I don’t believe that would ever have been in there if we hadn’t pushed…We’ve applied to speak to speak about the feminist analysis so I’m hoping that we can actually get that into the inquiry.”

Saturday’s conversation takes place at 3pm Atlantic Time. It will be live streamed via the Vancouver Rape Relief and Women’s Shelter Facebook page and also via Zoom.

“They (Vancouver Rape Relief and Women’s Shelter) just saw this as an important anniversary and that we were important voices in the story around Nova Scotia, and then they expanded it to include (the UK) and also the Asian women’s voice around the femicides in Atlanta,” MacDonald said.

“The fact that we’ve got a transnational forum on this shows that there’s a collective growing around femicide and misogyny. We need to speak about it.”