It was a long lazy last weekend of summer, and nothing much happened locally. 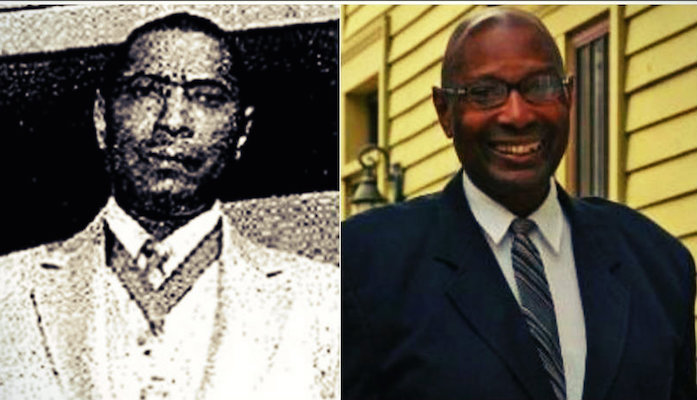 Graham Downey, the councillor representing north end Halifax from 1974 to 2000, died over the weekend. Downey was the first and, so far as I’m aware, only African Nova Scotian on the Halifax city council.

While searching for Downey’s photo, I came across the website set up for his grandson Jerome Downey’s unsuccessful run for council a few years ago. On the page is a video from 1962, an excerpt from Close-up: Figure Your Colour Against Mine, a documentary filmed during the middle of the Little Rock school desegregation battles. In the documentary, an unnamed CBC reporter asks people around Halifax if “coloured” people here were being discriminated against. The white people he interviewed were nearly united in the opinion that racism was an American phenomenon or a thing of the past. The black people had different opinions, as perhaps best encapsulated by the black man taking exception to the interviewer’s casual use of the n-word:

One quibble: lawn signs are not “mostly a Canadian thing.” They’re ubiquitous in US elections as well.

Stephen Archibald digs up some photos showing his grandfather’s obsession with sweet peas, including this gem: 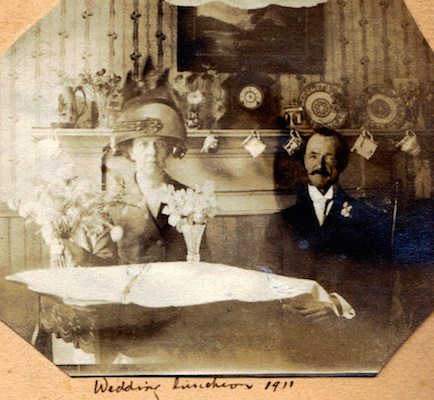 Photo from the collection of Stephen Archibald

[Archibald’s great aunt] Louisa married a Hatfield from Parrsboro and the ceremony took place in Melbourne and Mary”s Bridgetown house. If you can manage to unsee Louisa’s extraordinary hat, notice she is holding a generous bouquet of flowers and that there are  five vases of flowers in the scene. The one in front of the “happy” couple appears to be sweet peas!

After a particularly charged meeting of the legislature’s Economic Development meeting, chair Joachim Stroink ran roughshod over the agenda of future meetings, delaying the discussion of controversial subjects like rural broadband and Nova Scotia Business Inc. into 2016 and even 2017. Notes Chronicle Herald reporter Michael Gorman:

Opposition members, who have already seen the Liberal majority on the human resources committee block attempts to conduct meetings on mental health resources and hub schools, said the Liberals are blatantly ignoring past committee practices where meeting topics would alternate between suggestions from each of the three caucuses.

Given that Liberal compositions on all committees are made up entirely of new MLAs, it is unlikely this approach is coming from them.

It is unfortunate that some of their more senior colleagues seem to have so quickly forgotten what it’s like to sit in opposition and fail to recognize that while some subjects may create headaches for government, they are also important topics to the people for whom all members of the legislature are supposed to work.

Did you receive this call? The weekend before last, I was asked to participate in a “short” telephone survey sponsored by the Nova Scotia government. Not only was the survey long, it was a textbook example of false and forced choice, misleading assumptions and manipulation.

The first questions were general. I had the opportunity to express my belief that the Liberal government has its priorities wrong: too little job creation for young people, outright decimation of the film industry (lack of support for the creative industries in general), lack of resources for at-risk populations, unwillingness to explore innovative approaches to education and community-building, penny-wise and pound-foolish decisions. The usual.

Before I knew it, the questions had turned to the issue of privatizing and outsourcing services (Access Nova Scotia, for example). I disagreed with these plans. I was then walked through several motherhood questions – did I believe in better education? More resources for health care? A balanced budget?

Here it comes, I thought. Sure enough, the caller looped back: would I then support privatizing and outsourcing services if it meant more funds directed to education and health care?

What? As if the only way there’d be more money for education and health care would be to privatize certain services?

A week later, I received a followup call, asking once more if I’d support the privatizing of certain government services in order to direct more money into education and health care. My answer remained the same.

If the students in my university research courses created survey questions like these, I’d be concerned about their future. As it is, I’m already concerned about Nova Scotia’s.

City Council (1pm, City Hall) — council is back after its long summer hiatus. I’ll be live-blogging the meeting via the Examiner’s Twitter account, @hfxExaminer.

Rob Currie is known for his expertise in Canadian and international criminal law – both as a professor at the Schulich School of Law for 15 years, and as a sought-after speaker and media commentator. On Tuesday, September 8, Professor Currie will be giving a pop-up lecture on wrongful convictions and performing his song “Romeo,” which conveys the sad story of Romeo Phillion, a Canadian who was wrongly convicted of a 1967 murder and spent 31 years in prison before being exonerated on April 29, 2010, his seventy-first birthday. Throughout his incarceration, Phillion maintained his innocence and so never sought parole.

Over the weekend I spent my “days off” researching a project I’m working on and discovered the minutes from the Halifax city council meeting of June 30, 1994, about the failure of city crews to quickly paint crosswalks:

The more things change, the more they remain the same, I noted on Twitter, and Peter Ziobrowski one-upped me with Halifax council meeting minutes from September 30, 1966, which record a debate about a new program to have city crews using plows, rather than residents using shovels, to clear sidewalks: 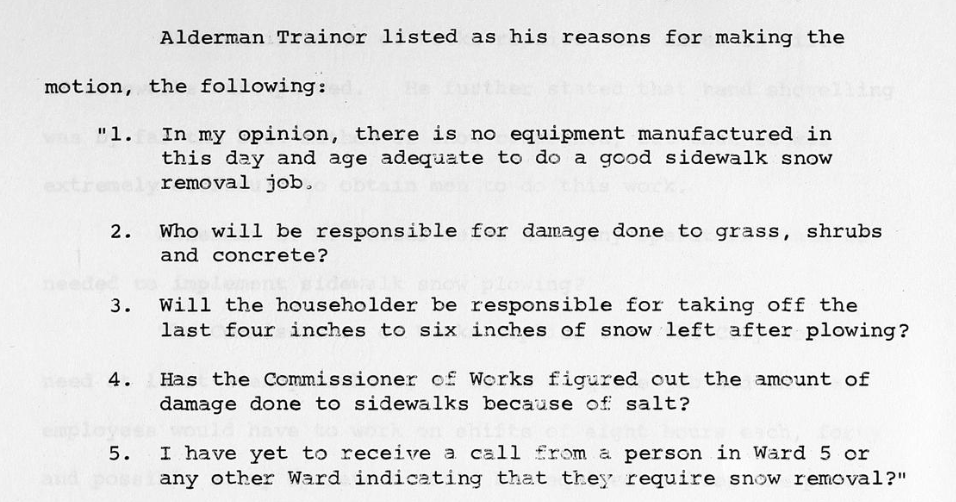 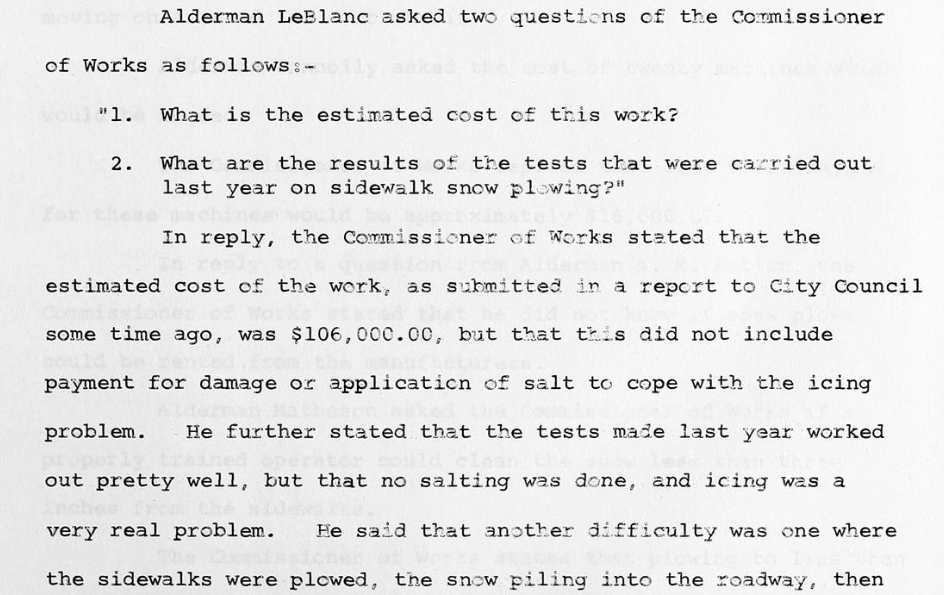 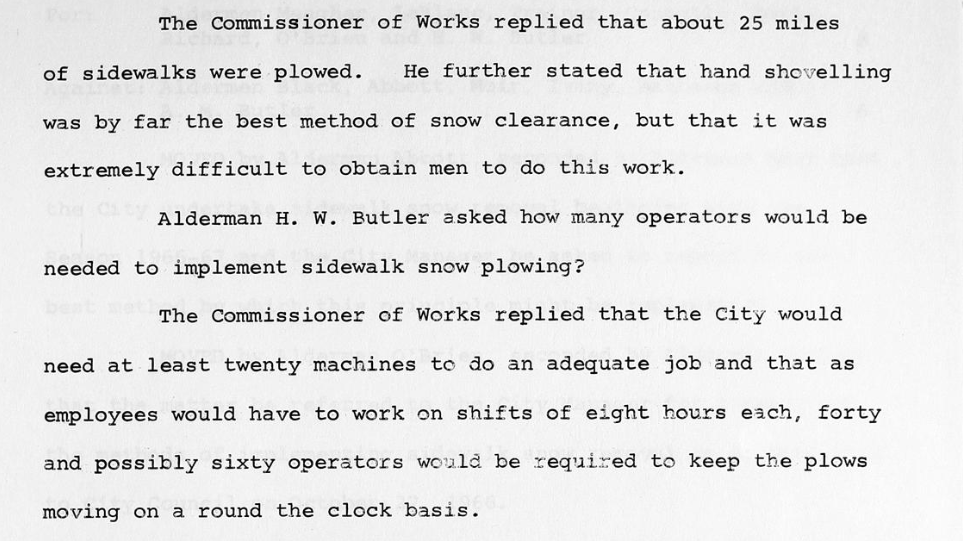 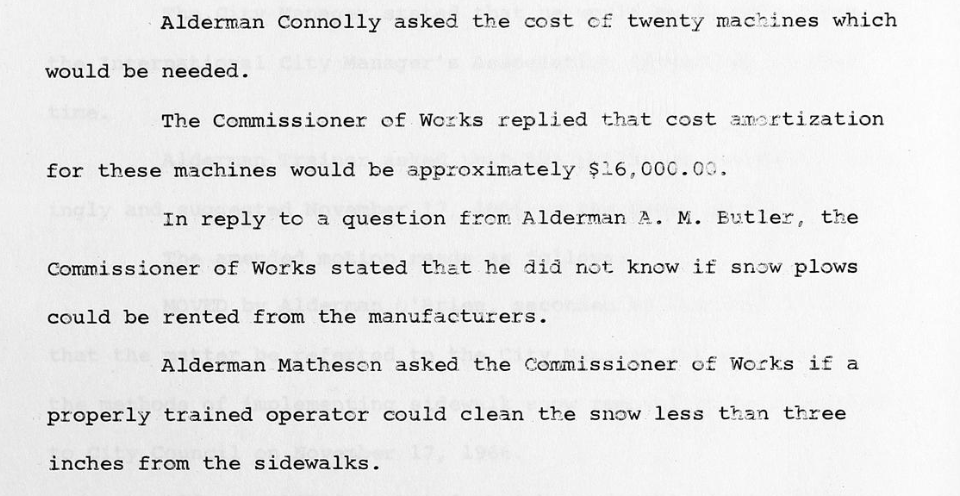 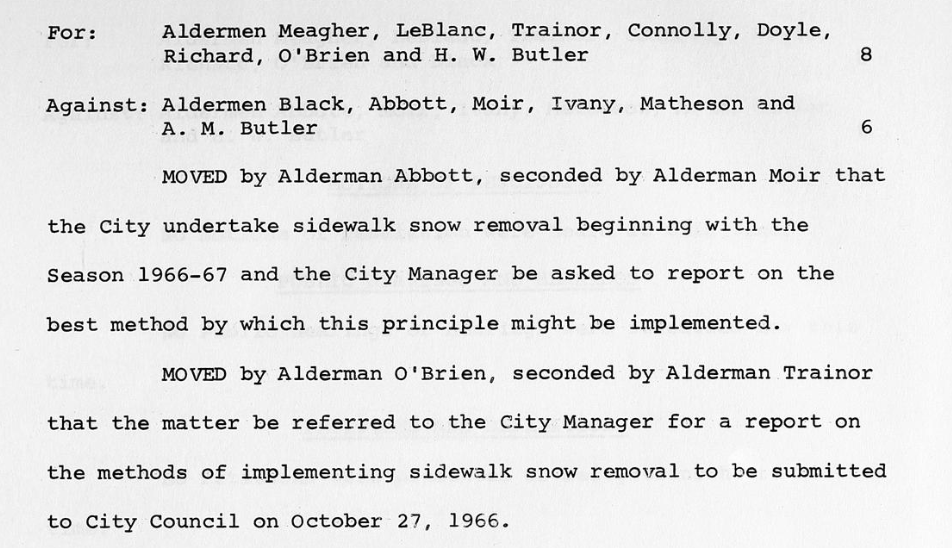 This debate, with the same arguments, and even the same words, adjusting the dollar amounts for inflation, is nearly the exact same debate held in council chambers this summer, 49 years later.

I should note that the reason Ziobrowski and I have recently been posting historic city council meetings is that, with a provincial grant, the city has digitized the minutes of the old cities of Halifax and Dartmouth, the county of Halifax, and the town of Bedford, and put them on the internet.

This is a wonderful initiative. Used to be, someone wanting to look at the minutes had to slog over to an obscure warehouse in Burnside, which was opened to the public only a few hours a week, and beg assistance from the helpful but overworked archivists. Even with that useful help, it was an arduous process. Now, you can easily browse through the minutes from the comfort of your living room. Find the minutes here. 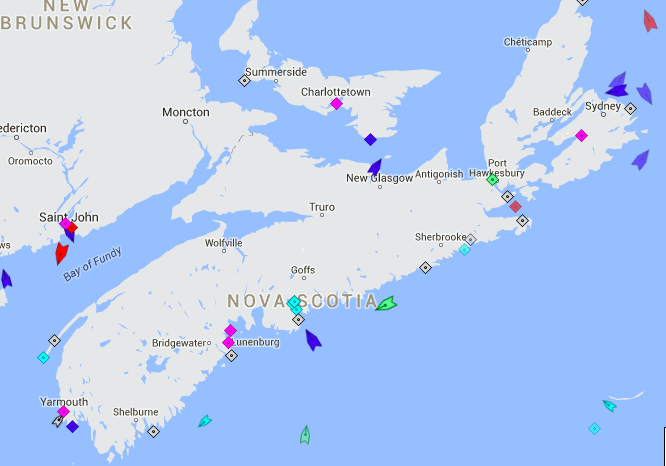 I’m looking for people who were active in the Dartmouth North End Neighbourhood Association in the 1990s. Wayne Sitland was one of the main organizers, but he has since died; the others have names that are so common  — Susan Jones, Nora Powell — that an internet search is useless. There may be others I’m unaware of. Any help would be appreciated.