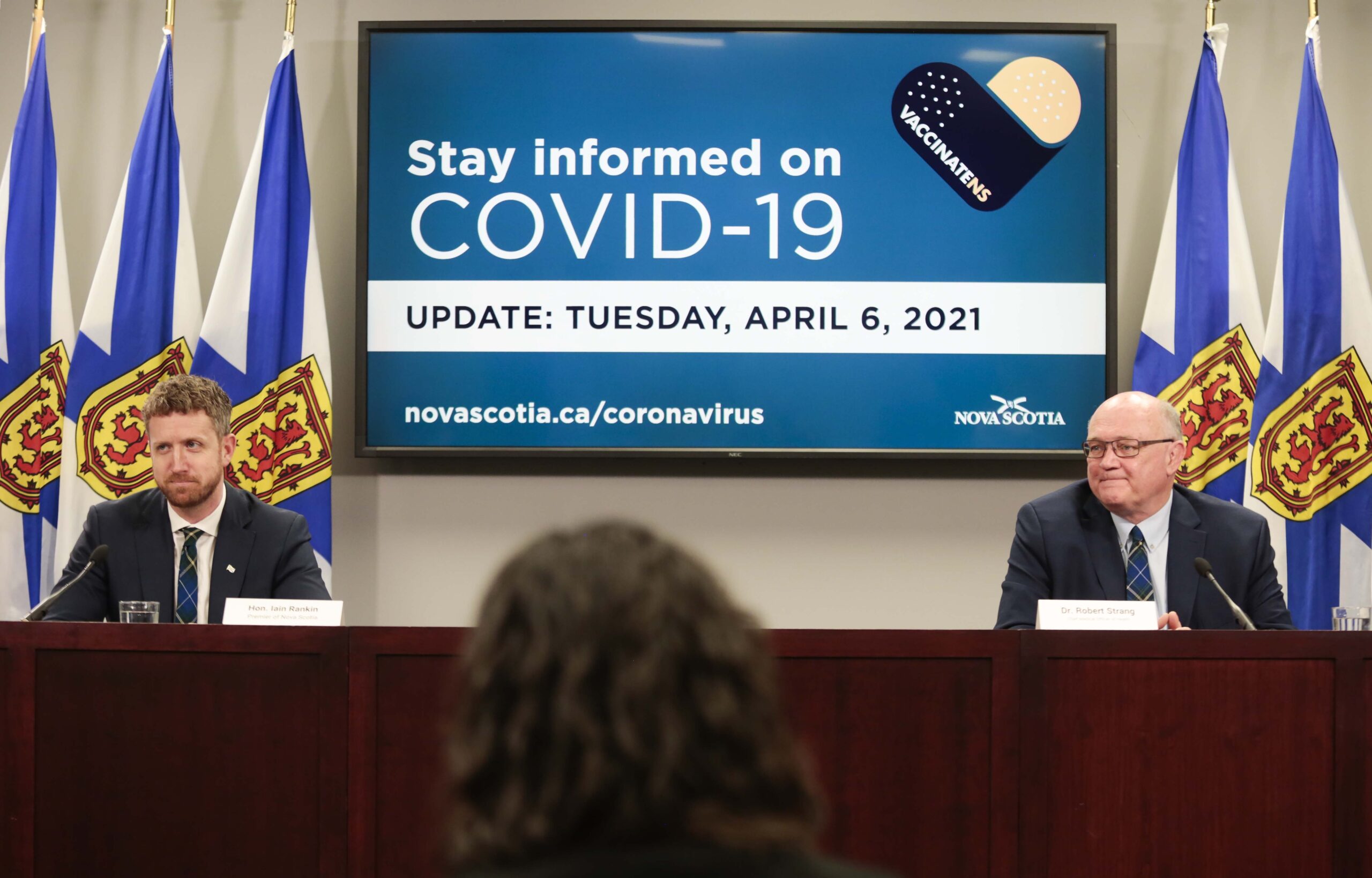 Chief Medical Officer of Health Dr. Robert Strang said TFWs get tested at the Stanfield airport and protocols are in place to take them to quarantine facilities where each worker is provided with their own room.

“We have had charters of temporary workers and a number of positive cases,” said Strang.  “This shows the value that what we do actually works. We test them at point of entry, they go directly to quarantine, and then we test them two more times. If they test positive at entry, they go to a separate quarantine facility. Temporary foreign workers are critical and essential to our agriculture and seafood processing sectors and to me this is confirmation we have the right steps in place to protect Nova Scotia for the first two weeks after they get here.”

Starting tomorrow, travellers from Newfoundland to Nova Scotia will no longer be required to self-isolate or quarantine. Premier Iain Rankin also announced that as of tomorrow morning, malls, retail stores, fitness centres and gyms may resume business at 100% capacity, following physical distancing guidelines.

Sports practices, training, games, arts and culture rehearsals and performances can have 75 people participate, with the exception of games at schools. Masks are recommended by Public Health but are not mandatory.

Asked why he had not also relaxed restrictions on bars and restaurants where gathering limits remain at 10, Strang said the rapid spread of variants in other provinces has made him “very nervous” and he believes it would be “premature” to relax limits on the size of gatherings while the variants are “all around us outside Atlantic Canada.”

“I’m nervous about the next couple of months and we need to stay cautious,” said Strang. “We have had variants in Nova Scotia but they haven’t spread. I ask myself, ’are we just lucky?’ I don’t think so. I think it’s because  we are still hanging on  to these public health protocols and Nova Scotians are adhering to them.”

Strang said the impact of variants in Alberta (including a virulent one from Brazil which has yet to show up here) on people who live in Nova Scotia but work in the energy sector out west is why he has asked medical officers in the neighbouring Atlantic provinces for advice on how to deal with rotational workers. Some have suggested workers who are fully vaccinated should no longer have to quarantine every time they return to Nova Scotia. Strang said he has directed staff to look into what type of practical process must be put in place to validate or prove a rotational worker has received all their shots and no longer poses a risk to others.

Rankin said although Nova Scotians are still being told to avoid travel to the Edmundston area of New Brusnwick, where there is an outbreak, he remains hopeful Nova Scotia will be part of a re-opening of the Atlantic Bubble on April 19.

At today’s COVID briefing, Rankin told journalists the pace of distributing vaccines is ramping up. Last week, 23,000 doses were administered, with 10,000 shots administered over the Easter weekend thanks to a small army of paid people and volunteers. Rankin expects 40,000 people to get vaccines this week — starting later this week, 47 pharmacies will inoculate people over age 65 with Pfizer and Moderna (currently, appointments are only available for those who are 70 and over). Also, starting this week, a total of 54 pharmacies and doctor’s offices will be working to distribute 38,800 shots of Astra Zeneca for people aged 55-64 years old.

The first community clinic specifically for African-Nova Scotians over age 55 will open Wednesday at the Emmanuel Baptist church in Upper Hammonds Plains.

All told, Rankin said there are now 140 locations across the province where people can get a vaccine. As more supply becomes available, Strang said people won’t need to travel as far from their homes to receive it.

Five of the new cases are in Nova Scotia Health’s Central Zone — three are close contacts of previous cases, one is related to travel, and the origin of one case is unknown.

The sixth case is in the Eastern zone and a close contact of a previously identified case.

There are currently 36 known active cases in the province. One person is in hospital with the disease, but not in ICU.

Three cases are not assigned to a Community Health Network, but they are all in the Central Zone.

Here are the new daily cases and seven-day rolling average (today at 4.9) since the start of the second wave (Oct. 1):

While the uptick in cases over the weekend is not good news, in Central and Western Canada the spread of highly contagious variants of the virus has been filling hospital beds. Here in Nova Scotia, Strang said continued adherence to public health measures — wearing masks and limiting the size of gatherings in homes and public places — has so far managed to contain the two variants seen in the province.

All four are in Central Zone and have been resolved. Two are close contacts of previous cases and two are related to international travel.

At this time, there is no sign of community spread from the variant cases.

This brings the total number of cases of the UK variant in Nova Scotia to 22.
The number of South African variant cases remains at 10.

* As originally published, the article placed the number of TFWs who had tested positive at nine. That’s the figure the Examiner asked Dr. Strang about at today’s COVID briefing, and he did not contradict it when he answered with the comments in this article. Late in the day Tuesday, however, Public Health notified the Examiner that the actual number of TFWs who have tested positive is eight.