You are here: Home / Featured / 9 new cases of COVID-19 announced in Nova Scotia on Friday, August 27

Four of the new cases are in Nova Scotia Health’s Central Zone — three are related to travel and one is a close contact of a previously reported case.

Three of the new cases are in the Western Zone — two are related to travel and one is a close contact of a previously reported case.

One of the new cases is in the Northern Zone and is a close contact of a previously reported case.

And one of the new cases is in the Eastern Zone and is related to travel.

There are now 55 known active cases in the province. No one is in hospital with the disease. Four people are considered newly recovered, which means they are no longer contagious and not necessarily that they aren’t sick. 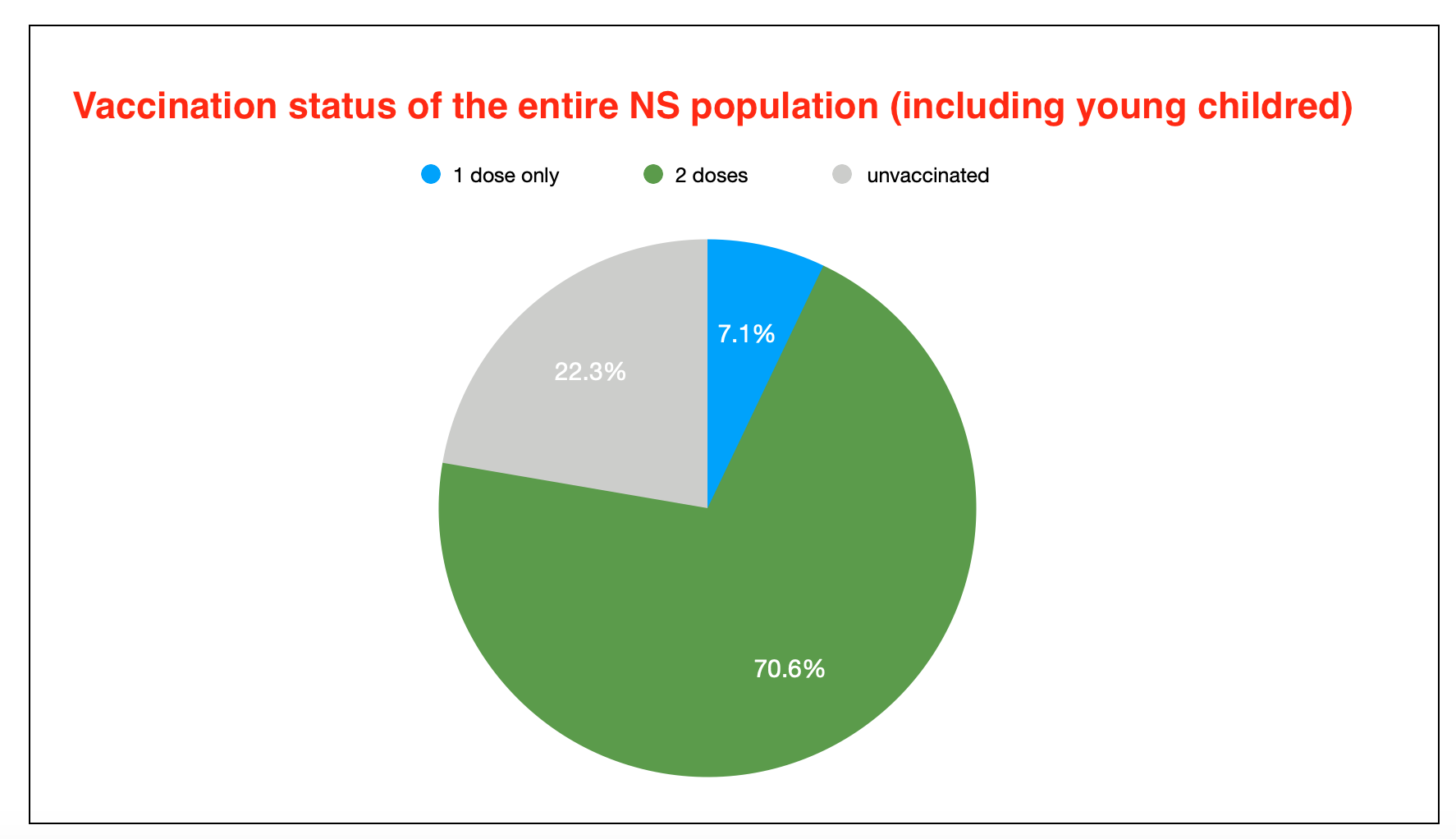 However, the approximately 8,000 military personnel stationed in Nova Scotia were vaccinated through the military’s vaccination program and are not included in the above percentages; if they are included, then the double-dosed percentage increases to 71.4% of the entire population.

The threshold for Phase 5 of the reopening plan, when most Public Health restrictions will be lifted, is 75% of the entire population having received two doses; at the current pace of vaccination, that should happen around September 15. 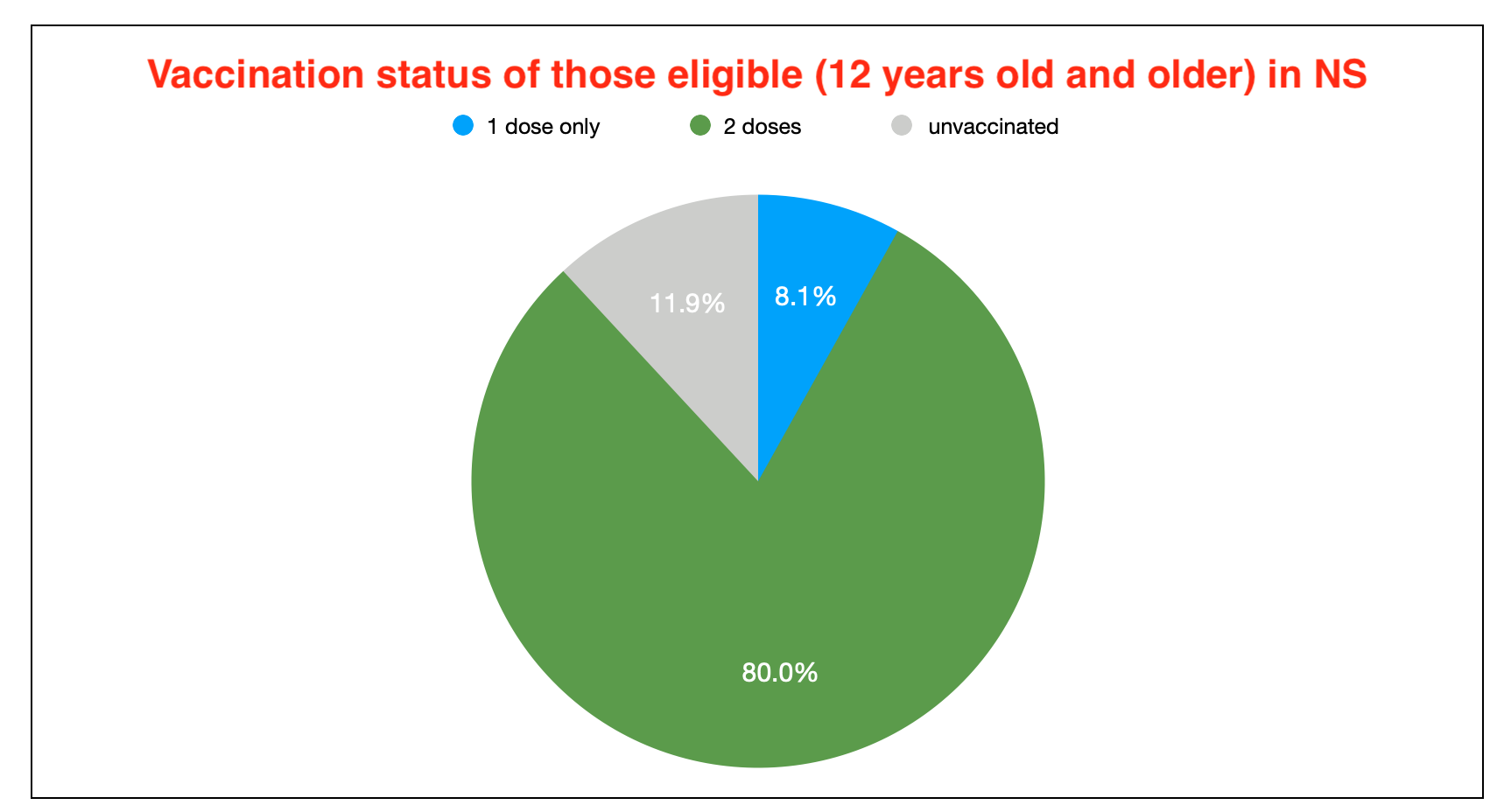 Of those eligible to be vaccinated (those 12 years old and older), 88.1% have received at least one dose, while 80.0% have received two doses. That’s a rough estimate on my part, using my best guestimate of population age cohorts. Again, if we include military personnel, the double-dosed percentage increases to a whopping 84.0% of those eligible. 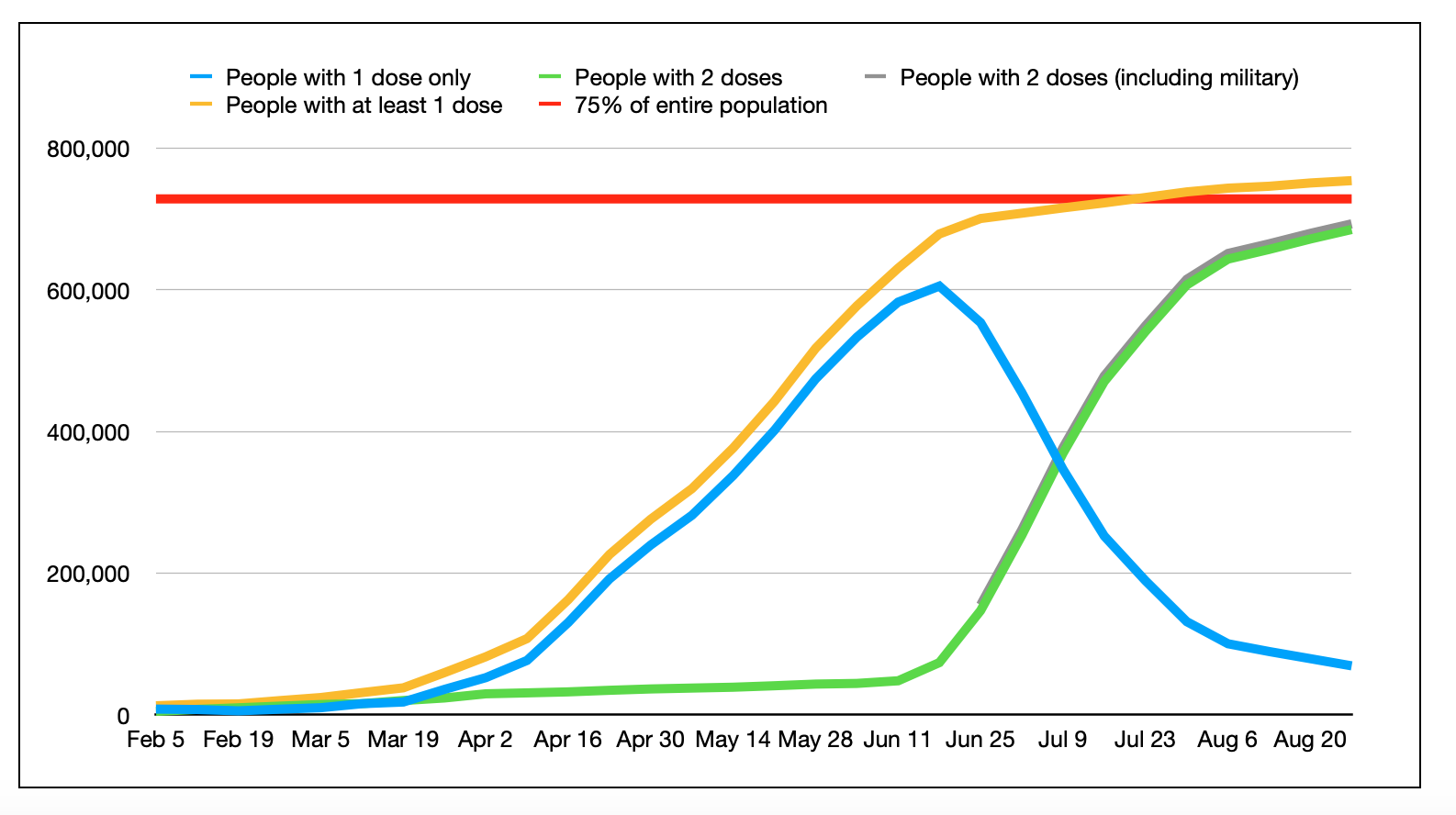 The man in his 60s who died earlier this week was unvaccinated.