You are here: Home / Featured / 7 new cases of COVID-19 over 2 days are announced in Nova Scotia on Wednesday, July 21

Six of the new cases are in Nova Scotia Health’s Central Zone — three are close contacts of previously reported cases and three are related to travel. Two of those cases are the cases aboard HMCS Halifax.

The seventh case is in the Western Zone and is related to travel.

There are now 11 known active cases in the province. No one is in hospital with the disease, but it’s possible that people who suffered from COVID are still in hospital, but they are no longer considered active cases.

Here are the daily new case numbers and the seven-day rolling averages (today at 1.4) since March 28: 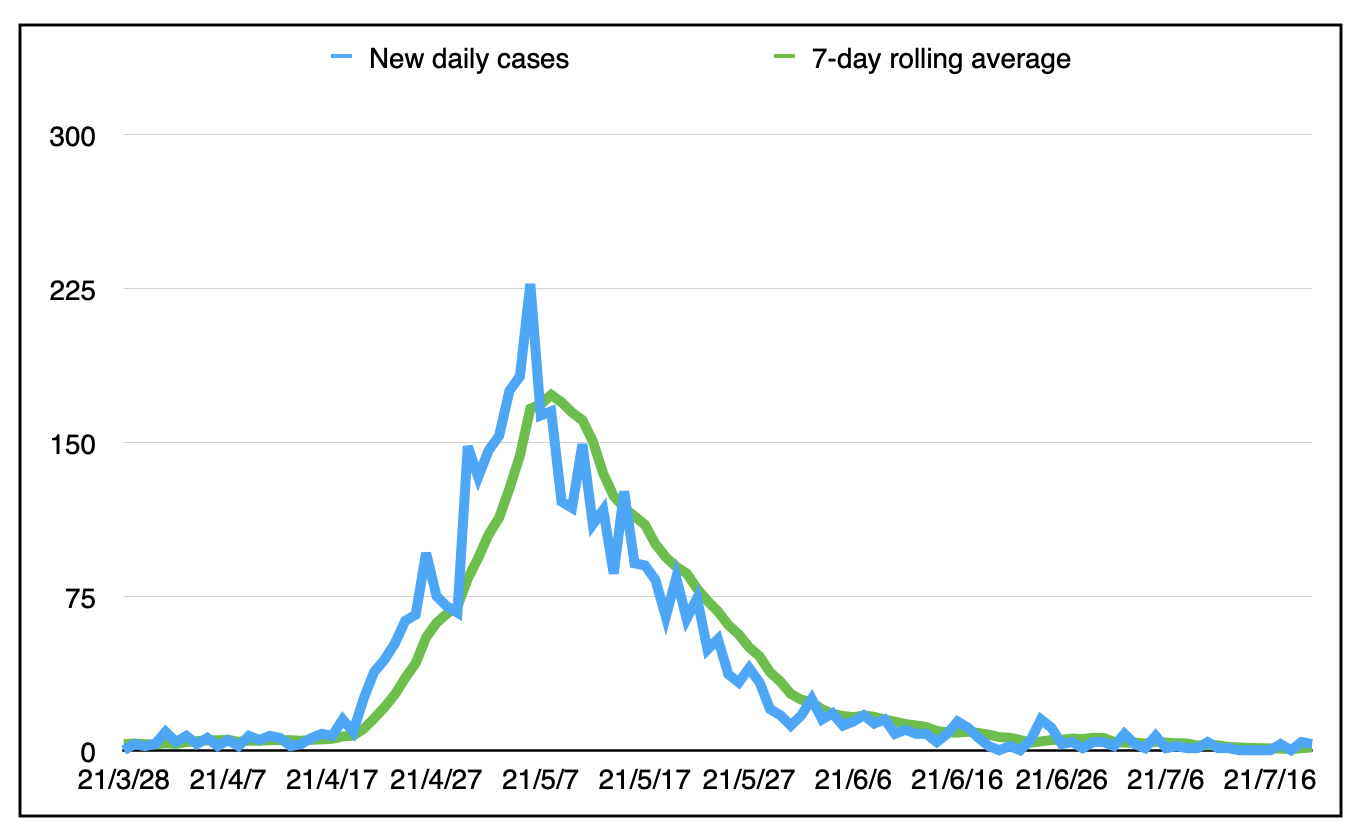 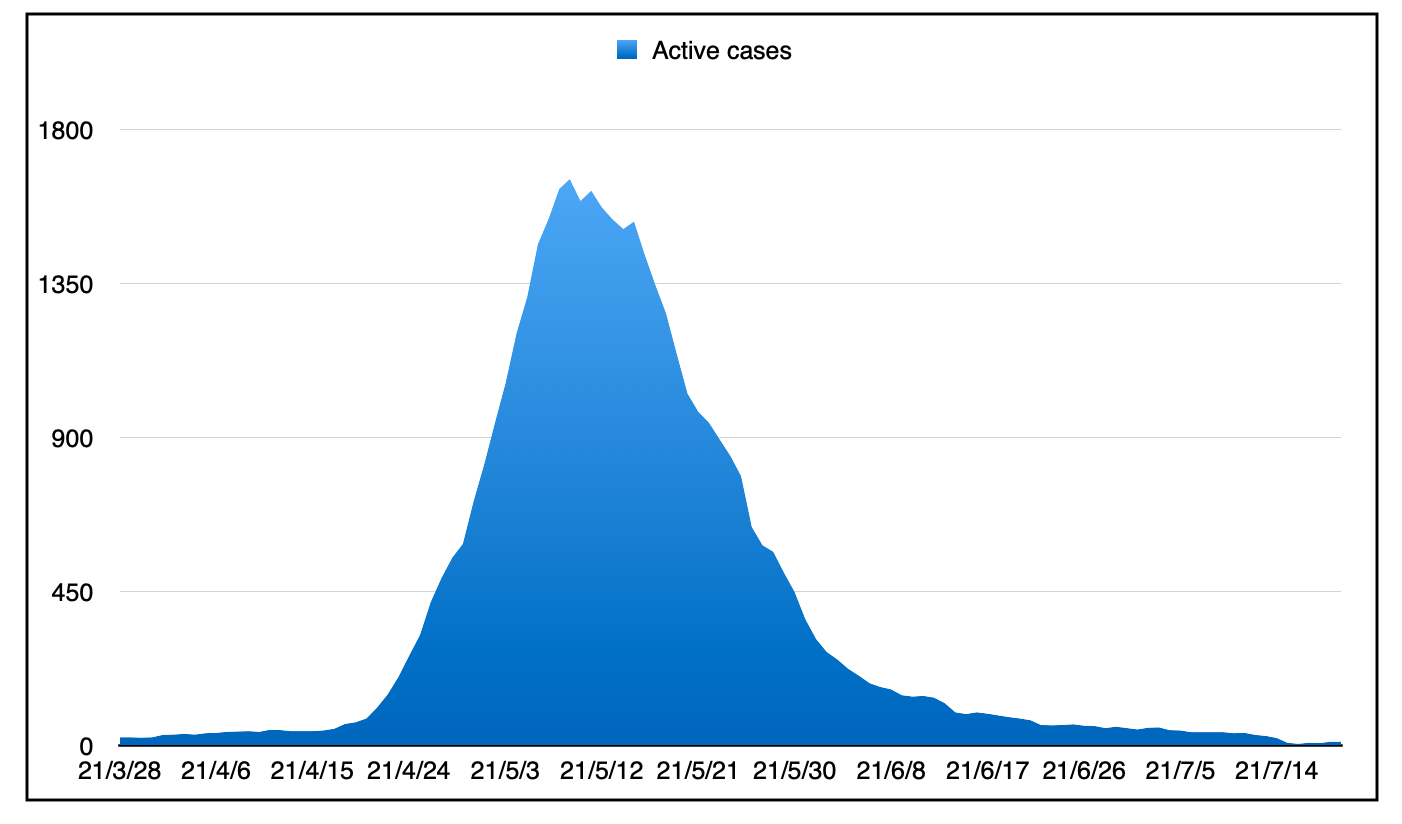 (Since no numbers were released yesterday, for the above graphs I arbitrarily attributed four of today’s seven cases to Monday and three to Tuesday.)

In total, on Monday and Tuesday, 29,954 doses of vaccine were administered. So far, 1,240,114 doses of vaccine have been administered, of which 512,393 were second doses. As of end of day yesterday, 74.9% of the entire population has received at least one dose of vaccine — this figure does not include about 8,000 military personnel living in NS who have been vaccinated through the military’s program.

The chart above shows the percentage of each age cohort that has received one (green) and two (blue) doses of vaccine. The 85% line reflects the percentage of all people eligible to be vaccinated (those who are 12 years old and older) in order to get to 75% of the entire population (including 11-year-olds and younger) vaccinated, which is considered the threshold that needs to be crossed to get to herd immunity. The population is based on 2019 population estimates; today’s population has grown since then, so the percentages skew slightly high.

The following drop-in, no-appointment-necessary vaccination clinics have been scheduled:

A health card number and ID are needed at these sites. The vaccine being administered is Moderna, so only people 18 years old and over can attend.

Nova Scotia Health labs completed 2,624 PCR tests Monday and 3,141 PCR tests Tuesday. This does not include the antigen testing administered at the pop-up testing sites.

There were no potential COVID exposure advisories issued yesterday.

There are currently no active potential COVID exposure advisories on bus routes or flights.